Oh hey, remember how Nailz got fired last week but Dave wasn’t sure about the details at the time?

– In the top story, although Dave doesn’t have much in the way of information yet, it appears that the US Justice Department is launching an investigation into the WWF. They’re sending out “invitations” to former and current wrestlers to come to New York for questioning, although it’s not actually a subpoena. Yet. The crux of the situation appears to be the allegations of illegal drug use that came out during the Zahorian trial last year.

– In the big blowup of the week, Kevin “Nailz” Wacholz was fired on 12/14, after some kind of physical altercation with Vince McMahon. Wacholz isn’t talking at this point, apparently under the advice of his lawyer. (Maybe if he had listened to his lawyer he wouldn’t have ended up as a convict in the first place!) The official reason for dismissal was “unprofessional conduct”, but people who were standing around near the office when the shit went down heard Wacholz yelling “I want my fucking money!” Nailz thought his Summerslam payoff was too low, and when people went into the office to investigate, they found Wacholz with his hands around Vince’s throat before agents pulled them apart. (My hope would be that someone grabbed a ringbell and rang it incessantly until the brawl ended.)

– Wacholz filed a police report two days later, claiming to be the victim of a sexual assault by Vince. Steve Planamenta, the hardest-working PR man in the business, immediately issued a statement calling the allegations a “fabrication”. Wacholz is actually claiming that Vince had previously “assaulted” him in Madison Square Garden. 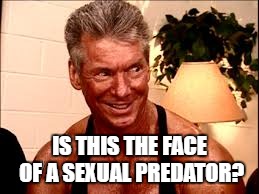 – The consensus among the agents is that Wacholz is trying to extort approximately $150,000 from the WWF and he’s full of shit, but the wrestlers are turning him into a kind of folk hero for standing up to Vince and popping him. Dave thinks that the WWF is turning into more of a circus of litigation than a wrestling company. 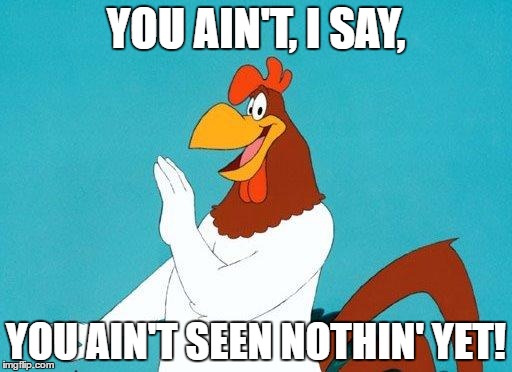 – There’s very little going on due to Christmas, but Jerry Lawler did regain the USWA title from Koko B. Ware on 12/14, as expected.

– New Japan’s negotiations with Hulk Hogan have completely fallen apart, as they offered him $250,000 to work three shows for the entire year, and Hogan told them that he makes that much sitting at home and collecting royalties. (In hindsight, perhaps he should have saved more of that royalty money.) Also, New Japan is kind of annoyed that Hogan has lost all the steroid weight and now looks like he’s 230 pounds off the gas.

– The next Clash of the Champions on 1/13 will be headlined by an eight-man Thundercage tag team match with Sting/Simmons/Dustin/Hammer v. Rude/Barbarian/Windham/Vader, plus Steamboat & Douglas defending the tag titles against Austin & Pillman. Chris Benoit will be brought in for the show as well, although Dave’s not sure about his immigration status at the moment.

– And now, it’s time for DAVE’S YEAR-END AWARDS PICKS! Note these are Dave’s votes, not who actually won.

1. Wrestler of the Year. No real standout contenders for 1992, but Kawada appears to be the most deserving. For the US, Flair anchored the WWF for the entire year and would deserve the win for North America.

2. Most Outstanding Wrestler. This is just based on the ringwork, so it’s Manami Toyota in a landslide.

3. Best Babyface. With Hogan gone, it’s pretty much Misawa’s award this year, although Vampiro is a close second.

4. Best Heel. There’s just no one Dave would call the top heel in the world this year, so he’ll go with Rick Rude just because he stands out. (Personally I would have went with Vader, although Dave his him third on his list.)

5. Feud of the Year. Dave’s gotta go with Team Misawa v. Team Tsuruta yet again, because nothing touched that one in gate receipts or heat this year. Lawler & Jarrett v. Moondogs was a strong contender, though.

7. Most Improved. Mariko Yoshida of All Japan Women. Honorable mentions to Great Sasuke and Brian Christopher.

9. Best on Interviews. Ric Flair carried the promotion on his back with his promos, and Bret Hart was vastly improved by the end of the year.

11. Best Technical Wrestler. You can go with any of Liger, Hase or Benoit from Japan, but Dave gives the nod to Blue Panther in Mexico overall.

12. Bruiser Brody Memorial Award / Best Brawler. Big Van Vader should win, although Dave has the results thus far and Vader’s not even close to winning. (The actual winner was of course Cactus Jack, who won it every year from 1991 – 2000 before retirement finally ended his streak.)

14. Most Overrated. Shocking as it is, Dave has to go with Erik Watts. Dave thinks it’s actually unfair because he’s so green that it’s not like he ever would have had a chance to get better anyway, but his push really is beyond all bounds of sanity.

15. Most Underrated. Gran Hamada in the UWA of Mexico. As good as Flair, and almost as old. (He was amazing in Michinoku Pro, hanging in there with all the young kids flying around the ring.)

18. Match of the Year. So many to choose from, but he’s gotta go with the Toyota v. Yamada hair match from All Japan Women.

20. Rookie of the Year. Psicosis, who shows potential to be a top ten wrestler in the world.

And then Dave said THIS…

“Rey Misterio Jr., who I picked third, but who everyone remembers because of his incredible dives, will never reach that level.” 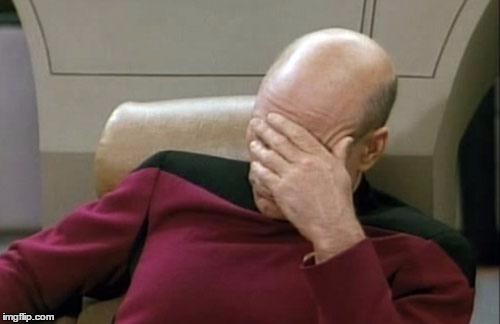 – (Remember, kids, HE’LL NEVER REACH THAT LEVEL. That Rey Mysterio has some nice dives, though!)

21. Best TV announcer. Akira Fukuzawa from Japan, who is so exciting that you don’t even need to speak Japanese to get pumped up by him.

26. Most Disgusting Promotional Tactic. He only saw Warrior puke once, but Erik Watts is shoved down our throats every damn week.

28. Worst Wrestler. Andre, not even close. (Sadly, Andre would have had his final match ever about a week before Dave was writing this.)

30. Worst TV Show. Global on ESPN. It would destroy the business, but no one’s watching anyway.

35. Worst Promotion. As bad as WCW was, and as far as WWF fell, Global brings new meaning to the term.

38. Best Gimmick. The Skinheads in Japan.

39. Worst Gimmick. When a promotion says they want to get back to serious wrestling and then pushes a clown, there you go.

40. Most Embarrassing Wrestler. All the racial stuff in general.

– Back to Rey Mysterio, as a Mexican newsletter has outed him as an AMERICAN who is, get ready for this, from SAN DIEGO.

– Antonio Pena is trying to sign a talent exchange between AAA and the WWF. (Good luck there. Look what happened once it finally happened in 1997. Yeesh.)

– In a cool gimmick for EMLL, they hold a “Death Roulette Tournament”, where you have 16 guys and the LOSERS advance. In the finals, the loser is either unmasked or loses his hair, depending on his situation. (You’d think losing streak-loving WWE would copy this idea sometime as a way to further humiliate Zack Ryder or Curt Hawkins.)

– Apparently “Hong Kong Lee” who we mocked last week is going to be Koji Kanemoto. (I believe this not to be true, but then it’s not like Dave had Wikipedia in 1992.)

And now it’s time for… 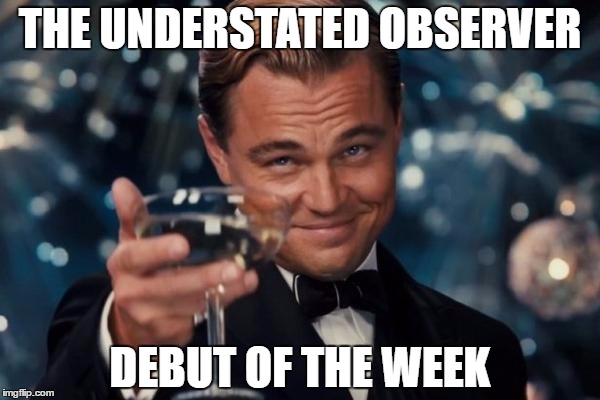 – So it’s time for ANOTHER splinter shootfighting group, with Funaki, Minoru Suzuki and Yusuki Fuke splitting from PWFG to form another promotion. With those three gone, that pretty much kills the PWFG. Dave doesn’t mention the name of the new group yet, but you’ve probably heard of them before, because they created the entire MMA business in Japan and changed the wrestling world forever in the process. It was called “Pancrase”, and they were a big reason why we have the UFC today.

– Davey Boy’s deal with All Japan appears to be off, because Baba won’t pay him more than the $5000 per week that he was making years ago. So Smith called New Japan, and they’re all over him now, with the idea being that they can put together a Bulldog/Pegasus team to feud with the Hell Raisers. But then he asked for $8000 a week and screwed up that deal as well.

– Meanwhile, Hawk is making $12,000 a week with the Hell Raisers. (See, even Dave switches between “Hell Raiders” and “Hell Raisers” in these. Also, $12,000 buys a lot of monkey glands or whatever other crazy shit Hawk was injecting at the time.) Dave thinks that as long as Hawk doesn’t mess it up, he’s in position to become the next Bruiser Brody and call his own shots. 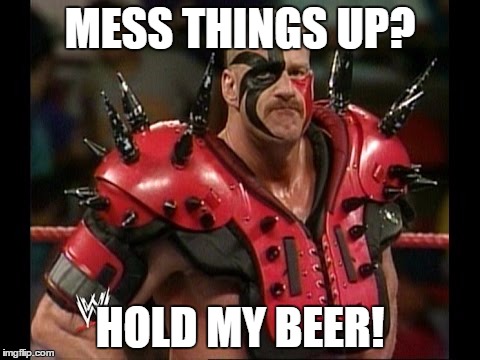 – Speaking of which, Hawk is already trying to get Nailz booked for shows in Japan.

– Atsushi Onita, in a bizarre celebration for winning the tag team title tournament at the most recent FMW show, went to a bridge in Osaka and jumped off into the river, 20 feet below. (And then everyone’s mother immediately said…well, you know…)

– In our SECOND understated debut, we go to Memphis, as we are wont to do for these. So anyway, manager Bert Prentice beat up Santa Claus on the TV show BECAUSE MEMPHIS, and then introduced his new monster named “The Christmas Creature” who we were supposed to clue in as Sid Vicious. He’s even going to be managed by Downtown Bruno, who was Sid’s manager in the WWF. But it wasn’t Sid. In fact, this was the pro wrestling debut of the one and only Glen Jacobs, aka Kane.

– Your quip of the week comes from Jim Cornette, of course. On SMW TV he was continuing his training with Tom Prichard, and wanted to rip a phone book in half to demonstrate his strength, but instead tore out four or five pages at a time while Tom noted that ICOPRO works wonders. But that’s not the best one: Later in the show, Cornette challenges Ricky Morton to a match, and when Ricky turns his back, Jim hits him in the back of the head with a can of Coca Cola before the Bodies attacked him and put him down. Cornette then joked that “A lot of athletes these days are having problems with coke.” 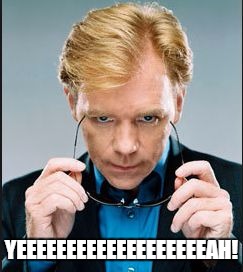 – Herb Abrams wants to re-start the UWF again. So there’s that.

– Buddy Landel actually wrote into Dave to protest that he was never planning on wrestling at his own show because he was too busy organizing it. (Probably making sure the concessions were well stocked with Coca Cola, if you know what I mean.)

– This new Monday Night RAW show will be filmed at the Manhattan Center, which seats 600, with Vince and Randy Savage on commentary. It’s an experiment, so the building is only booked through February. (It’ll never last.)

– Jerry Lawler is insistent that “no amount of money” will put him back on the road full-time, and he’s only working the Rumble. (Keeping in mind that he also said “hell would freeze over” before he would sign with the WWF…)

– The Steiners have already injured their first jobber, so congrats to them.

– Slick, in his new role as preacher, will be managing Kamala, and somehow has become even more unbearable than his role as local pimp.

– They used Steve Lombardi as co-host of All-American this week and dropped to a 1.5 rating as a result, which is 0.3 lower than the lowest rating in history for the show.

– Sherri actually got a piece of glass in her eye during the mirror angle, and will be out until Royal Rumble.

– And finally, Paul E. Dangerously’s contract situation continues to become more perilous by the day, as he’s paid as a TBS employee rather than a Bill Watts indentured servant. This means he gets full benefits and travel expenses paid for. However, TBS has been investigating his “travel expenses” over the past three months, and letters have been flying back and forth between their lawyers and his lawyer, and the sides appear headed towards a major blow-out. (I wonder if he was showing a disproportionate number of flights to Philadelphia, perhaps?)