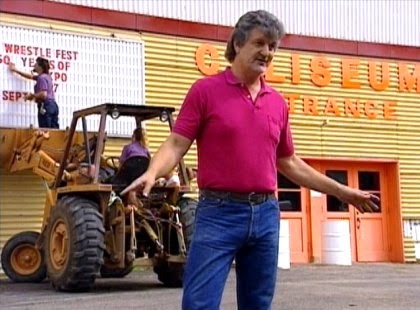 On Episode 24 of The Kevin Kelly Show, Kevin welcomes in the one and only Dennis Stamp for a chat! Dennis discusses his involvement with Beyond the Mat, his relationship with Terry Funk, working in the territories, memories of Andre the Giant and Bret Hart, getting fired in various promotions, his Mount Rushmore of Wrestling, his battle with cancer and much, much more. Dennis also shares some of his wrestling poetry, including his poem entitled “I’m Not Booked!”
Be sure to purchase Dennis’ book for more stories.
Kevin & JR then discuss TLC, the state of WWE and Vince McMahon’s podcast appearance before hitting up the always popular trending topics, including a look at the Sony Hack! They then close things out with a game of Naughty or Nice and pay tribute to the year that was 2014 in wrestling and life!
So please join us for another great episode of the Kevin Kelly Show!
http://placetobenation.com/the-kevin-kelly-show-episode-24-dennis-stamp/