This week I return, in a way, to someone I reviewed a lot of matches of when he died last year, the late, great Rollerball Rocco. I got into wrestling as a fan at the time he was retiring and have very vague memories of seeing him in the later days of wrestling still being on ITV. A holiday in the seaside town saw me going to some matches at a theatre in Rhyl where Rocco’s retirement due to heart issues was covered in an article in the programme. Later looks at his career via the Wrestling Channel and YouTube confirm how great he was. Not a big guy and not physically imposing, but he looked tough and dangerous and was one hell of a wrestler and a great talker and creative mind. Here I’m looking at some of his matches in Japan under the mask of Tiger Mask’s nemesis Black Tiger.

No better way to start! I’m CERTAIN I must’ve reviewed a Rocco/Sammy Lee match last year, otherwise why bother? Rocco declines a handshake at the start and takes the arm. Rocco has the size advantage, while Sayama has the agility advantage. Rocco’s keeping the bumping limited and working the gimmick to start, getting his shots in while Sayama uses speed to avoid him. Sayama flips out of a backbreaker attempt but is taken down, so Rocco goes up to the top for a missed forearm shot. He manages to muscle Sayama out of the ring and follows with a tope. Back in, he gets a double axehandle as Tiger Mask returns. Sayama catches him going up another time and slams him off, but Black Tiger backs off from a dropkick in a funny happy accident and monkey flips and elbowdrops him for two. Dumps Sayama again and attacks on the outside with some weak-looking punches and forearms. Back in, it’s a rear chinlock.

Tiger Mask reverses out and Irish whips Rocco right into the tree of woe. Nice dropkick knocks Rocco out of the ring in a sweet bump, but Rocco’s back in before Tiger Mask is up and he gets a snug camel clutch on him. Sayama has a cool reversal by holding the fingers and scooting through the legs. Flying headbutt after almost knocking himself out bouncing on the ropes, but Black Tiger gets a kneelift and punches to the stomach while in a mounted pinfall position. Cradle piledriver follows, although weirdness ensues as the referee starts counting down Tiger Mask even though Black Tiger’s not covering. He slams Tiger Mask into the corner and goes for another Tombstone, but Tiger Mask reverses it (even though he drops him at one point and picks him back up) and hits a stiff jumping one followed by a terrific kneedrop. He RUNS to the top rope but misses a swan dive. Suplex from Rocco with more non-cover counting weirdness that even Rocco gets on the ref for. Suplex across the ropes and a try at a German suplex, which Tiger Mask reverses, so Rocco just back-kicks him in the nuts. Tiger Mask gets a bit of that back by lifting him up out of a headlock and dropping him crotch-first on the ropes too, then follows with a plancha to the outside. That goes to a double count out as each guy blocks the other from returning (Tiger Mask more than Black Tiger) and the bell rings with Tiger Mask hitting a flip senton and locking in the figure four. Not a perfect match by any means, but the time flew by. Rocco was half-wise in that he was worrying about being a heel more than having a great match, which is good for credibility but means that it wasn’t quite up to his usual top tier form. ICHIBAN! 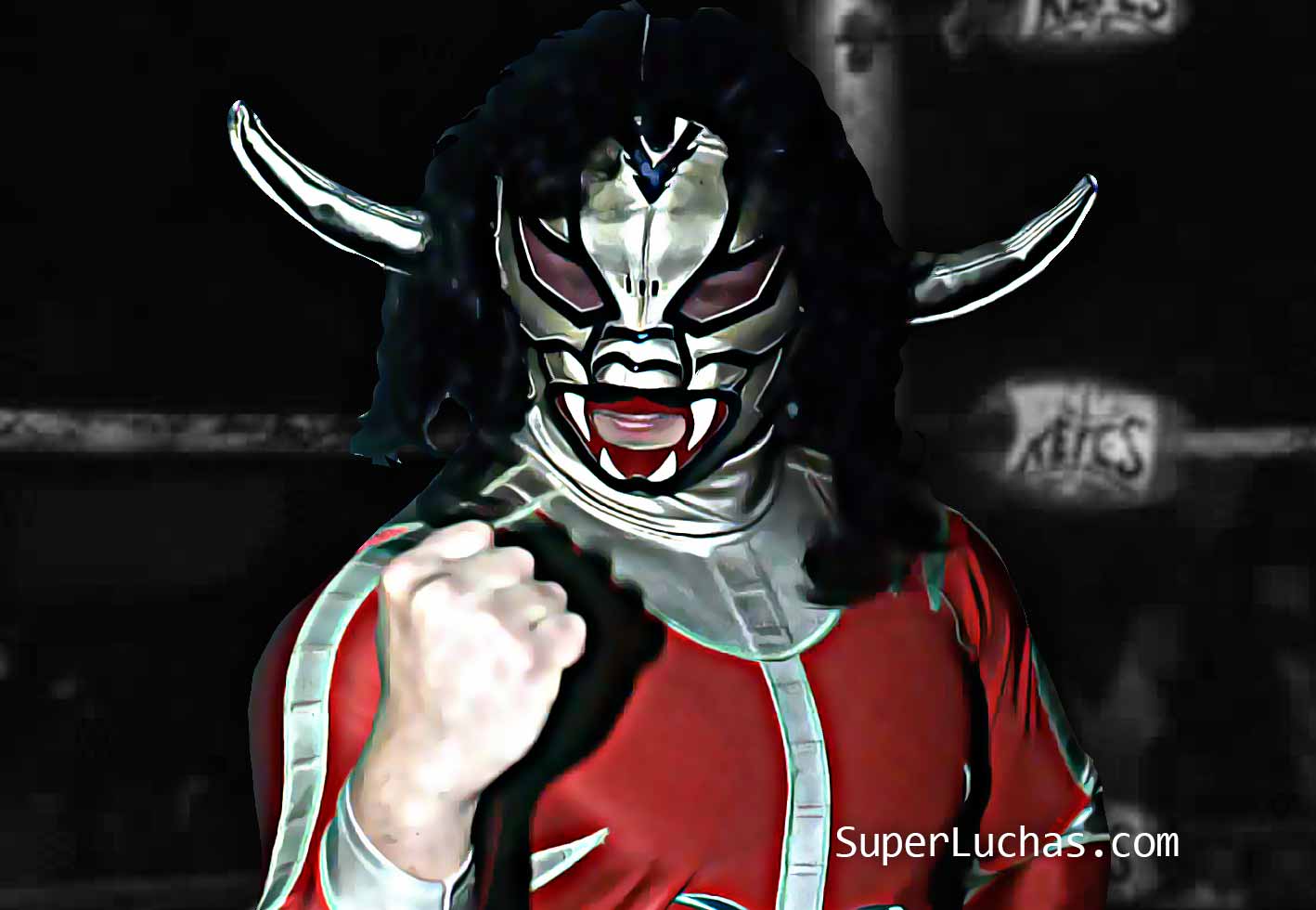 To the end of the decade and to the Soviet Union in a unique setting, as Inoki gets in bed with the Russians. Not far off the prototype Liger as his mask is still more gold than red, but he’s got the horns. And of course I’ve reviewed the earlier matches between Rocco and Flying Fuji Yamada. Never entirely saw the sense in covering all of Liger up when Yamada was fucking jacked at some points in the early days. Tiger attacks to start and gets a clothesline and hammer blows, then even a proto-Pedigree! Liger flips out of a backdrop and gets a dropkick to cut that off. Hip toss into a Tiger rear chinlock that turns into a form of a stump puller. Rocco gets him down into place for a NASTY kneedrop off the top rope, followed by a swinging neckbreaker, before settling on a headscissors. Liger slips out of that and goes into the surfboard before a break on the ropes. To the outside, where Liger baseball slides Rocco into the timekeeper’s table. Tiger gets a break coming back in and goes to the top with the calf branding move. That pedigree without the arms hooked goes again. I notice that the inferior tape quality for this match makes Tiger’s somewhat mottled skin look like he has dried blood running down his arms. Liger gets a side headlock while I’m typing that, which Tiger reverses into a suplex. Back suplex after that. They both go outside and Tiger props Liger up against the post for a shot, which he throws and misses, making me wince, then Liger slams the injured hand into the post again. Liger goes back inside and fakes out on a tope, then follows with a plancha. Tiger gets his own back by hitting him with the doctor’s bag of all things, making the different bottles of pills fly out like George Zahorian legging it to his car. Back in, Liger gets a backbreaker but misses a dropkick. Tiger gets a standing backbreaker, but Liger slips out and hits a belly-to-belly and follows with a lionsault for two. Tombstone, and a good one with the jolting legs from Tiger, but Liger misses the diving headbutt. Tiger slams Liger and gets a senton flip for two. Suicideplex with Tiger landing on top, but the ref proceeds with a count rather than a pin attempt. Liger goes for a German suplex, which Tiger reverses in his typical manner (with a kick to the balls), then a small package for two. Back up, Liger hits the koppu kick out of nowhere and finishes with the Ligerbomb for the win. MUCH preferred this one to the last, with Black Tiger having his act far more honed and Liger just being someone I prefer more than Tiger Mask. ICHIBAN!

I’ve said it before, even though Bret is my favourite wrestler of all time and the one I point to as being as the greatest wrestler of all time, Owen came out of the egg more fully formed and naturally better than his older brother did, the difference being one became the greatest through hard work and the other was actually probably greater but didn’t work quite as hard. Tiger, who’s smaller than Owen, gets the early advantage, throwing him out of the ring and whipping him into the railing. Owen catches a kick when he’s trying to come back in and trips Tiger up and slams his knee into the post twice, then returns to attack the leg. Tiger reverses to a rear chinlock, then gets the Kitekat for two. Owen does his flip out of a hip toss and gets a side backbreaker for two. Rocco takes the arm, so you know Owen’s rope climb and back flip are coming, and he uses the reversal to get a stiff clothesline to the outside. Baseball slide into the railing. Rocco comes back in with the calf branding. Criss-cross sees Owen jump too low on a leapfrog and injure his balls, while Rocco holds his face – Owen must have a right pair of conkers on him! Owen gets a quick backslide for two, but Rocco is back up and gets a DDT for two. Kitekat number two sets up an elbow from the top rope. Owen gets a chance sunset flip, which Tiger blocks with a punch. He goes up again and gets cut off. Tiger headbutts him down but misses a flying kneedrop, but does get a flip senton for two. Rocco goes for the Kitekat AGAIN, really weakening the value of it, then we get a Tombstone reversal by Owen, followed by the missile dropkick/kip up combo. Standing dropkick misses, but Owen gets a clothesline. He walks into a boot and Rocco suplexes the pair of them out of the ring over the top rope. Owen gets caught coming back in with a superplex for two. Rocco misses a back elbow and Owen gets a German suplex for the win. ICHIBAN!

Melting it down: Rank them from best to worst with Liger, Owen and Sayama. You’re not seeing Rollerball Rocco, the Master of Disaster, with his full bonebreaker personality under the hood, but he still was a very, very good wrestler and these three matches show it well.