Time once again for the most CONTROVERSIAL feature in the history of the blog! Well besides the Daily Threads.

As a reminder to anyone who hasn’t subscribed, the Observer site is currently doing a month of full access for $3.99 this weekend for Black Friday, so you can follow along with the newsletters and listen to the radio shows where Brian steals all the newsbites for the News Updates from. http://www.f4wonline.com/news/f4wonlinecom-sale-one-full-month-unlimited-access-only-399-202426

Fun fact: This was the very first “retro Observer” posted to the site when Dave started uploading them. It’s also a huge bummer and doesn’t have anything for news, so we’ll see how this one goes. Hopefully I can steal some interesting stuff from it, but it’s gonna be SHORT, so be warned.

– OK, so the main story involves a very long and detailed accounting from Dave about his fight with the WWF and attempts at censoring his coverage of the Slaughter war exploitation. I’m not going to recount it here, you can subscribe if you want to read through it. There’s only some small news tidbits, so we’ll just hit that:

– Mike Rotunda walked out on WCW before a TV taping, because they only offered him a six-month contract. Alexandra York is being transferred to Terry Taylor instead, which shoots down the theory that Dusty Rhodes is going to bury Taylor.

– Nick Gulas died at the age of 76. He was the guy who lost the promotional war in Memphis to Jerry Jarrett in the 70s and ended up being well known for pushing his talentless son and killing his own territory.

– The Dallas territory is up another 25%, jumping to 400 people for a Texas title tournament won by Bill Dundee.

– In another attempt to get Dallas going again for the WWF, they brought in Fritz Von Erich to be in Kerry’s corner against Sgt. Slaughter in a flag match. The matches are ending with Slaughter walking out so that Kerry can wave the US flag. (Hopefully he can do that without screwing it up.)

– Big problems for Herb Abrams and the UWF, as checks for the New York tour have been bouncing and Herb has to make good with cash. Herb is claiming that he stopped the checks for Louie Spicoli and ring announcer Bill Anderson for visiting the WWF offices, and that both guys are fired. However, in addition the check for Royce Hotel’s ballroom also bounced, so that taping is off. In addition, the legal threats from Titan appeared to have worked, since all mentions of Rick Rude, Greg Valentine and Honky Tonk Man have been purged from the taped shows. Also, Herb is no longer allowed to use the term “sports entertainment” because that’s also trademarked by Vince McMahon.

– Speaking of UWF problems, Akira Maeda failed to get funding for his new promotion, so that’s out. Shinji Jin is going to be with SWS, and other guys from the UWF have split off to make ANOTHER promotion.

– Chris Chavis apparently got a job with the WWF and will be coming in as “War Eagle” after all.

– Billy Jack Haynes is trying to get a job with WCW. (And so he did…) 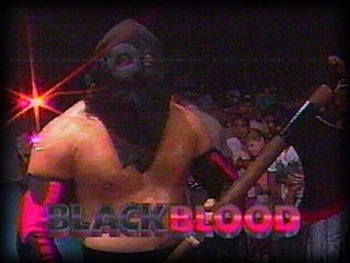 – Joe Pedicino, who indeed failed to get syndication with Max Andrews, has pushed back the debut of his new promotion to April, although everyone rumored to be a part of it are moving onto other things and won’t be around for it.

– And finally, Royal Rumble did a 3% buyrate, highest ever for the show, and grossed $9 million. Controversy = cash, apparently. (I can relate to THAT!)

That’s all we got in between Dave and Titan writing nasty letters to each other. Next week is back on track, however.