OK, so the people at Loot Crate were nice enough to approach me about a partnership a while back, and my first crate arrived this weekend! Apparently the WWE one is bi-monthly instead of monthly, which is why it took so long, so let’s check out what we’ve got for their first effort.

Looks good so far. My box got a bit banged up in shipping, but it IS a Slam Crate.

First up, every set gets you an exclusive Slam Crate T-shirt:

So yeah, it’s Enzo and Cass for the first one. I feel like that’s not really to the proper scale of how big Cass is compared to Enzo, but my wife says she likes the shirt, so that’s good enough for me.

And hey, what would a merchandise box be without some New Day stuff? In this case, the three of them riding a unicorn together. I have no idea what this has to do with celebrating “firsts”, but everyone loves the New Day.

These guys must be making SOOOO much money from all this crazy shit right now, by the way.

Say, are you a boss at your place of work? Are people questioning the legitimacy of your position? Then this one justifies the cost of the Slam Crate all by itself:

They even say “Legit Boss” on the side, so you know it’s authentic.

Next up, my favorite piece…

This is pretty cool, in fact. It’s a pin shaped like the gold eagle belt, which I’m actually happy to throw on my jacket. You also get a different belt-themed accessory…

…a Dean Ambrose belt buckle. Now, I personally do not have any belts that allow me to switch buckles on them, despite living Saskatchewan where that sort of thing is practically mandatory. Although if I did, I’d get a big gold one that says “JESUS IS LORD” and add a bolo tie. Otherwise I’d just look silly.

Is there more stuff? Of course there is!

If you’re looking for another accessory to put on your jacket along with your pin, it’s an NXT iron on patch! Sure, why not. I’d throw it on there as well, but I have no idea where my iron is. I could just use my wife’s hair straightener, I suppose. Maybe a panini press?

Next up, the REALLY collectible values start..

It’s an Austin Aries NXT rookie card! Wait it for a decade and thing will be worth at least 50 cents. Perhaps more, depending on the state of the economy after Trump wins.

Unfortunately, the lead time required to put these together also means some stuff is instantly dated, like this do it yourself Mitch Potted Plant:

I did in fact plant mine, and in fact it’s a bamboo pot so it’ll biodegrade and then you just plant the whole thing in the dirt when it starts to crack. Who knew Dean Ambrose was an environmentalist?

Finally, the sheet that details all this stuff folds out into a Shinsuke Nakamura poster, so you too can be reminded of how he’s stuck in NXT until his knees give out forever.

Plus the box itself refolds into a ring:

So there you go! Not bad for a first try at it, athough I don’t really know what any of the stuff has to do with “firsts”. Still, the shirt and New Day figures are pretty cool, so there’s enough in here for your average wrestling geek, I think. If you’d like to subscribe, there’s the banner on the side of the blog, or check out the link here: 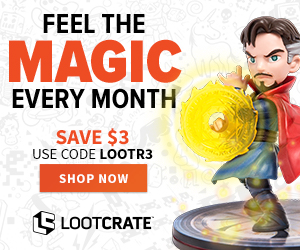