TNA is pathetic.  This is a real trainwreck!

To be honest, I was actually going to just skip this week’s show, but (for reasons that will become apparent later on) I believe that Beau James himself is actually reading these things, so I feel honorbound to soldier on and offer him some much needed advice.

Speaking of Mr. James, he has deemed this week’s show important enough to throw Dakota Booth off to the side and host it himself, rocking an 0.7 on the Fillmore Slim Pimp Scale.  Beau cites Murphy’s Law for the computer problems that have kept the show in re-runs for the past two weeks, and the camera issues that I assume will prevent us from seeing any footage from the TV tapings two weeks back.  But the show must go on, and that means pimping the Thanksgiving Extravaganza at the Kingsport Civic Auditorium on November 26th.  Beau says that, after beating Frank Parker at the Fall Spectacular (a match where Beau vowed to put Parker out of wrestling for good), he challenged Scott Sterling for his new TV title.  Let’s go to footage of Sterling winning the title from Jake Booth:

After the footage, we get Scott Sterling in a suit, complete with a tie that’s damned near down to his knees.  He says that wrestlers accept injury as part of the job…but what Beau James did to injure Frank Parker was criminal, and he should be put in jail.  Yet Beau James has the…what’s that word for audacity that’s simpler and doesn’t convey nearly the same nuance…of yeah, the guts!  Beau James has the guts to challenge him for his belt…that just happens to be shaped like a trophy.  See that folks, that’s why Vince McMahon insists on calling them championships!  Unless Scott has gone and got himself an actual belt now…it’s not like SSW ever tells us when things like that happen.  Anyway, Beau James doesn’t deserve a title shot, but he’s giving him one anyway.  And not only is he going to retain the TV title, but Frank Parker is going to regain the SSW Heavyweight Title, so…

Wait, what?  The guy that Beau James vowed to put out of wrestling, the guy that lost that match with a broken arm in two spots…gets an SSW Heavyweight Title shot on the very next show?

Alright, I’ve calmed down a bit.  I accept injury in wrestling, and I accept.stupidity in SSW.

Beau is back, with the first clue that he actually reads these things.  Beau says he has to correct himself from a few weeks back, when he said “nobody cares about the television title”, because the TV title actually means a whole lot.  I did rip on him for saying that, so good to see him try to repair the damage, albeit as effectively as taping a screen over a hole in a leaking boat.  The TV title is in fact a stepping stone to the heavyweight title.  The only other way you can get a shot at that title is by losing an important match.

Beau does in fact confirm that D’Andre Jackson will defend his newly won SSW Heavyweight Championship against Frank Parker, though his only justification for it is that his hated rival Parker was apparently the greatest SSW champion of all time.  So he’s SSW’s John Cena, if Cena were a fat, marblemouthed heel.

When we return from commercial break:  words from the new heavyweight champion, a special challenge from Jake Booth, and news on the neverending Misty James/Rebecca Lynn feud.

Jake Booth stands in front of the door to Beau’s bedroom, looking like he just got out of bed himself.  Jake started wrestling nearly two years ago…and, believe it or not, he’s actually better than he was back then.  Back then, Equalizer Krunch was kicking his ass all over the place from one town to the next.  But he’s a new man now, and he wants to challenge Krunch for his Streetfighting Championship (Hey, so that is actually a thing!  And we find out about it in the middle of a shitty Jake Booth promo) at the Thanksgiving Extravaganza.  Joe Wheeler is apparently in transit to Krunch’s house this week to see if he will accept Jake’s challenge.  Perhaps Joe should contact Michael Cole for tips on how to survive the experience. 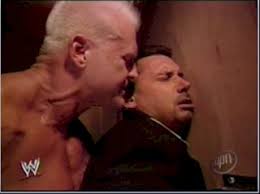 Beau James pimps the imminent arrival of The Washington Bullets tag team.  Google them if you want to learn more about a random mediocre indy team.  At least there will be somebody around for the SSW tag team champions to face…assuming those titles still exist.

Cut to Joe Wheeler in the locker room with the NEW SSW Heavyweight Champion D’Andre Jackson.  Kyle Kool wants a rematch, Eric Darkstorm is as real as the Great Pumpkin and he wants another shot, and Wolfie D is a big wildcard.  But D’Andre Jackson will take on all of those guys, and not even mention the guy that’s actually getting the next title shot.  He may be the champion, but he is not the prey;  he is still the hunter!  And if you didn’t know…now you know!

Next the NEW SSW Ladies Champion Misty James is interviewed.  She is so happy to have regained her title, and is in the process of thanking her fans when she gets clubbered in the back by Rebecca Lynn.  She gets about four or five shots in before D’Andre Jackson comes back to make the save, leaving Misty James in a state of orgasmic moaning.

Back in the studio, Beau James announces for the Thanksgiving Extravaganza: Misty James vs Rebecca Lynn for the title in the first (to his knowledge) Ladies Texas Death Match.  I believe that Ann Regan and Ella Waldek had one back in the sixties, but what do I know.

When we come back, we scrape the bottom of the barrel of the Fall Spectacular footage feature two legends in action!

Beau James is back, running through his catchphrase for a second time and imploring viewers to bring toys for the needy children during the Thansgiving Extravaganza.

Now Beau James wants to make another correction on something that I ripped on in my last report: on the Fall Spectacular show, during the heavyweight and ladies title matches, Joe Wheeler called a referee by the name of “Kevin James”.  This was incorrect, and the referee has no association with the James family.  Then he called him “Kevin Edwards”, which was also incorrect.  The referee was actually someone by the name of Patrick Perdue.  That certainly was an understandable mistake.

Anyway, Beau wants to give that referee proper credit, and also to referee Jeremy Westwood for his work in the following match joined in progress.

Unlike just about every other SSW match, this is a match between two actual wrestlers.  Pritchard appears to be the heel here, although the gargantuan balding lump that was alledgedly known once as the Dirty White Boy is in Wolfie D’s corner.

It’s not a particular exciting match…everything done is technically sound but horribly overexaggerated.  Maybe a 0.6 on the Shawn Michaels Spite Selling scale.  There’s a couple of cuts in this match, making me wonder just how long this borefest actually went on.

In the middle of the restholds, Joe Wheeler mentions that this match is for the “Southern Title”  As far as I can tell, the Southern title is a mythical title with a belt that Pritchard created for himself.  Last year Pritchard lost the title to Southern States Wrestling champion Eric Darkstorm, and Darkstorm carried around both titles for awhile until he disappeared from the organization.  Then I guess, like the Sword of Gryffandor, the title magically reappeared in the arms of its master.

I can’t think of anything funny to say about this meaningless display of technical adequacy, so let’s jump to the finish.  Tom Pritchard digs a chain out of his sweatpants, but Wolfie D grabs his hubcap.  Pritchard swings with the chain, but hits the hubcap Wolfie used as a shield and hurts his hand.  While the referee wrestles the hubcap out of Wolfie’s hands, Dirty White Boy is wrestling the chain out of Pritchard’s hands.  And while Pritchard tries to get at DWB, Wolfie sneaks up from behind with a schoolgirl cradle to get the three count and the fictional fictional title.

Winner in about nine minutes of time shown out of total time ∞ via Diva Cradle of Death, and NEW Southern Champion, Wolfie D! 1/2*

Beau James is back to wrap things up.  Tickets for the Thanksgiving Extravaganza go on sale on Tuesday.  Buy your front row tickets now!  And by “now” he means “Tuesday”!

Next week Dakota Booth returns with a big show that has nothing advertised for it!  Jesus saves!

Beau James, if you are reading this, I don’t intend to review another clip show with no new matches next week, but I’ll reconsider if you’ll drop us a comment down below in the Disqus section, and especially if you explain why the hell you keep on doing this.  What’s in it for you to keep putting out an ever deteriorating product in front of ever deteriorating crowds?

Unless you can help me understand things a little better, my advice for SSW is that of the sage philosopher Brock Lesnar: DIE!!! 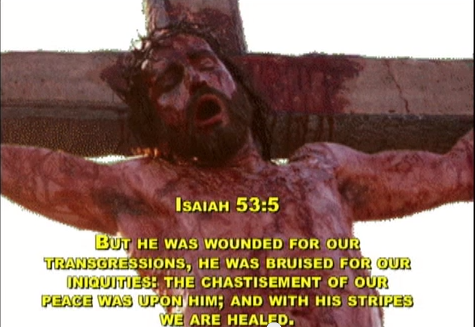