So I was playing Alter Ego today. It’s a free, crazy, text-adventure life simulator thing that has a TON of cool little details packed into it and is festively written. It was actually made by a team of psychologists and is pretty damn nuts. I essentially did all the things I normally wouldn’t and ended up geting kidnapped and murdered around the age of 13.

So – lets talk about alternate timelines and extended universes.

What are your favorite non-canonical stories in comic books, film, and TV? Have a special fondness for the Firefly Comics even though they came out after the show? Read Shadows of The Empire? Tackle Alter Ego and have a life altering experience? Share below! 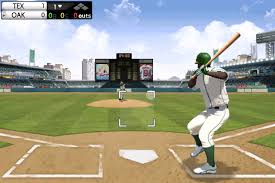 Oh! And speaking of Bizarro worlds, 9 Innings: Pro Baseball 2014 is finally updated! Huzzah! It’s pretty much the best baseball game out there if you don’t own a PS4 or Vita. Quick games, deep strategy, real players, collectable cards – it’s awesome! It even has a Franchise mode!