On February 4, Gino Hernandez was found dead in his condominium in Highland Park, TX. According to reports, he had been dead for at least a couple of days. Originally, his death was thought to be a homicide; however, following autopsy results, his death certificate cited cocaine intoxication.

To give you an idea of how much folks believed pro wrestling was REAL in 1986, folks contacted the authorities advising them that CHRIS ADAMS killed Gino. That’s good storytelling.

POINT OF ORDER: I could absolutely destroy this article with bits and pieces about Hernandez, but, with the two DVDs about WCCW along with the Gino Hernandez episode from Dark Side of the Ring, what I will add is that he had both the charisma and talent to not only piss EVERYBODY off as a heel but also might have been a World champion under different circumstances.

If you want a synopsis of Hernandez’s passing, please check out this article. 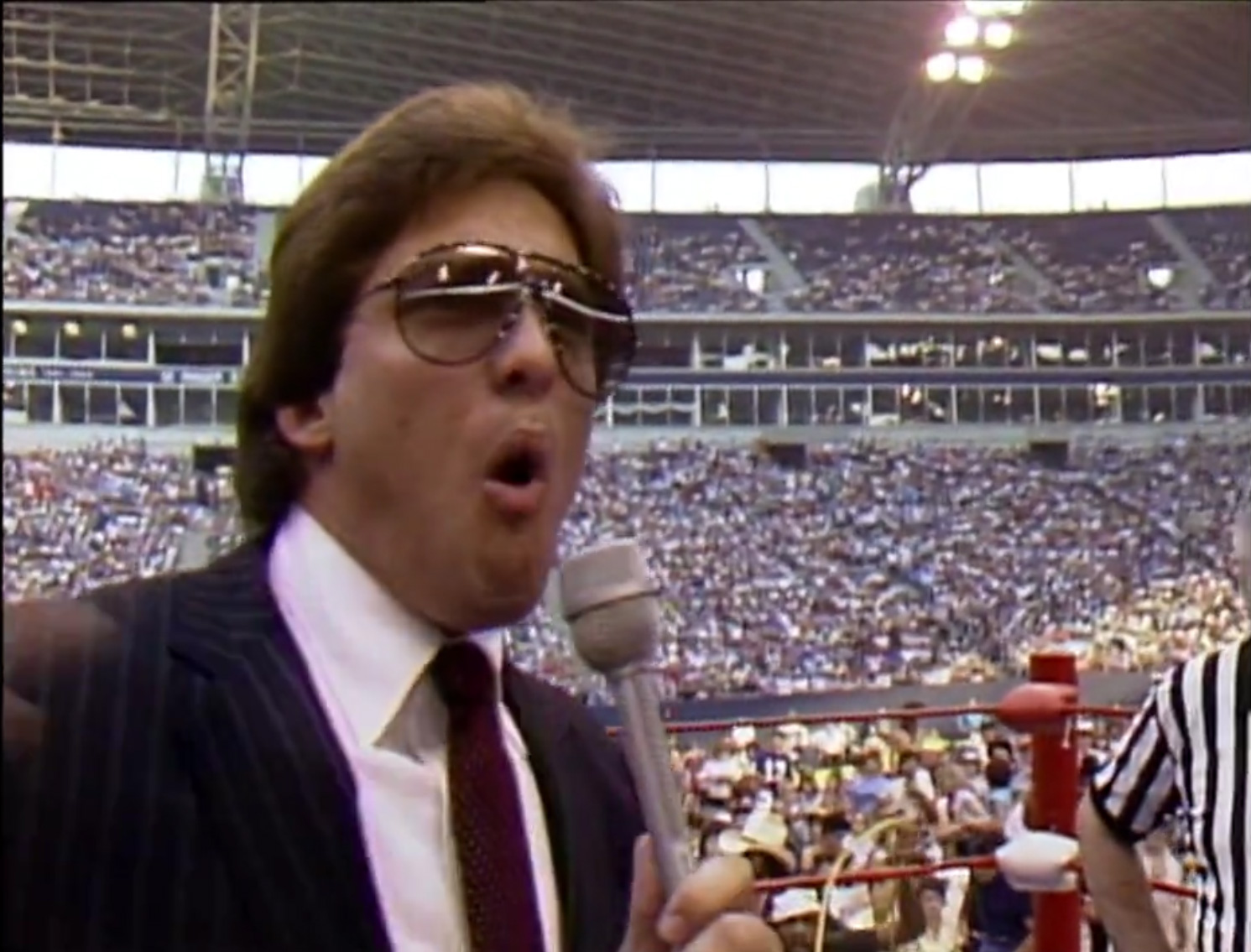 Summary: Allen doesn’t impress me much, but it’s only his debut. Hopefully, he’ll succeed with a more seasoned opponent. Marc Lowrance’s timekeeping skills may have been offset by the need for some personal time.

POINT OF ORDER #2: During this taping, Lubich, Manning, and Hazzard began wearing WCWA official shirts. More on this in the coming weeks.

From the studio, Mercer announces that Gino Hernandez has passed away. He was only 28 years old. In lieu of a match involving Hernandez, we revisit the Midnight Express-Fantastics from the 1/12/85 episode.

Next, the video for Badstreet USA airs.

Prior to the main event, Roberts grabs the microphone and wishes to correct the situation. He wants a one-on-one match against Parsons because he hasn’t forgotten going bald thanks to Parsons.

Summary: More madness from the Von Erich/Freebird war with Lance becoming a victim.

Following the match, Hayes and Gordy pummel the babyfaces until a bandaged Lance returns to attack them. Lance chases after Gordy, and the Freebirds scatter back to the locker room. As Manning grabs the microphone again, he fines Gordy $2,000 for excessive interference.

Conclusion: The wrestling in this episode pales in comparison to the dreadful news of Gino Hernandez’s passing. Although Hernandez portrayed a heel, WCCW did the honorable thing by informing us.

Sorry, but I need to mourn the loss of Gino.