Can Brody and Link beat Gang and Rude, or will they be destroyed? How will Lance fare against Tatum? What happens with Missy? Also, the Adams-Hernandez saga!

Summary: Showcase match for Victory that was too long. He gave Montana too much of a chance here.

Following a commercial break, we revisit Reunion Arena when Hernandez snubbed a tag from Adams. After Adams caused the Dynamic Duo to lose by disqualification, Hernandez acted as if everything was copacetic, but Adams was having none of it. In fact, he slapped Hernandez. In Fort Worth, during an interview, Hernandez claimed that he “knocked (Adams) out” back in the locker room at Reunion Arena. He also claimed that Adams apologized.

Adams entered the ring and questioned Hernandez about his whereabouts. When Marc Lowrance updated Adams about Hernandez’s interview, Adams’ blood started to boil.

Hernandez changed his story to appease him, but Adams asked him if he wanted another slap. Before Hernandez could answer, Adams slapped him.

Suddenly, Hernandez rose to his feet and WHACKED Adams in the back with the tag team belt. As Adams fell to the floor, Hernandez joined and made him HIT THE POLE.

Next, during another interview, Hernandez claimed that he upgraded Adams from the outhouse to the penthouse. Afterward, Adams cut a promo on Hernandez referring to him as “lowdown scum.”

Following that, we revisit last week when Adams ambushed Hernandez following an enhancement match. The setup for this feud was marvelous.

Summary: Lance took advantage of Tatum’s egregious error and won the match to a raucous ovation. Tatum walked the greener-than-grass Lance through the match rather well.

Following the pin, Missy enters the ring and instructs Tatum to nail Lance. As Tatum misses him, Lance dropkicks him from the ring. Missy slaps Lance who grabs her around the waist and spanks her. Woohoo!

Before Tatum can rescue his valet, Sunshine returns to restrain him. The Dallas faithful LOSES ITS DAMN MIND over the whole thing as an upset Missy slaps the BEJEEZUS out of Tatum and walks out on him.

Summary: The Link is absolutely WORTHLESS. All he does is perform headbutts. The Brody-Gang war barely happens, and Rude’s there mainly for his manager’s interference.

Afterward, the heels double-clothesline Brody. Gang grabs his chain, but Brody escapes Rude and Pringle’s clutches before annihilating Gang. While Gang and Brody brawl at ringside, Sunshine accosts Pringle. Much to the delight of the Dallas faithful, Brody swings the chain above his head. Gang tosses some steel chairs and the ring steps into the ring, but Link has his own brand of fun with them. 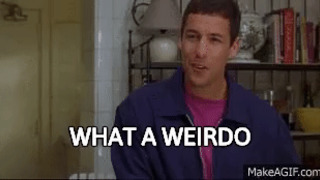 Conclusion: Main event aside, the Lance-Tatum match is worth your time. Along with the update on the Dynamic Duo breakup, this is a can’t-miss episode.