Can Kerry and Parsons defeat Gang and Lewin? How will Hart be involved? Will Casey be able to defeat Peterson? And who are the two newcomers? Get ready and stand at attention!

Summary: Showcase for the newcomer Rude. Actually, Rude worked as enhancement talent back on the 1/21/84 episode.

Summary: Casey walked Peterson through the match well enough to keep the Dallas faithful behind him and scored the victory. Mercer was elsewhere during the match.

At ringside, Mercer interviews Casey with Sunshine. Casey cuts a promo on Kabuki: “it was friendship, now it’s war.” Next, he warns “Hollywood” John Tatum before Sunshine wants Missy Hyatt “in the ring.” Where else would she want Missy? Outside Missy’s other night job?

We head to Fort Worth where Hyatt throws an ABSOLUTE FIT at Tatum trying to get her hands on Sunshine. However, Tatum restrains her while Sunshine calls Hyatt a “chicken.” Mmmm…chicken. 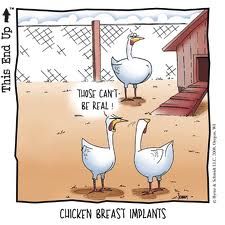 Nevertheless, Hyatt escapes Tatum’s clutches but only for a moment. Tatum returns with her to the locker room.

Match 3: The Grappler versus Tommy Montana

From the Cotton Bowl, Mercer interviews Fritz and Mike Von Erich. To say that Mike looks to be in extremely better health than the last time we saw him would be an understatement. Nonetheless, Mike’s “grateful to be here,” and thanks everyone for their prayers. Fritz insults Christians around the world by saying that Mike was “resurrected.”

He continues by mentioning Mike’s shoulder rehabilitation and comeback “in a few months.”

Next, Lance Von Erich, portrayed by Kevin Vaughan, joins the interview, and Fritz states Lance is “ready to assume the Von Erich name.” At least, he’s admitting that Lance is not blood related.

After the match, Gang grabs the microphone and yells at Hart. He’s determined to “do things like he did on Halstead Street…alone.” Hmmm…I thought that would be with mustard. Regardless, Lewin returns to the ring and battles with Gang. As Hart enters, Gang places him in a chokehold until Lewin breaks it up. Lewin jabs a foreign object into Gang’s head, and Gang is BUSTED OPEN. Despite being bloodied, Gang hammers on both before Lewin retreats. Gang leaves the Sportatorium to a round of applause. WE HAVE A FACE TURN!

Conclusion: Gang’s relinquishing of the Dark Side was a breath of fresh air. Also, Rude and Grappler left solid impressions in their respective matches. Casey puts Peterson down in his quest to give Kabuki some retribution.

Without question, I would recommend this episode as it begins to set the table for the Thanksgiving spectacular.

Next week, the hair versus hair match! I’m so excited, aren’t you?