Summary: Showcase match for Hall whom the Vegas faithful fawned over.

After the match, Nelson interviews Hall who’s ready to demolish his foes in battle royals across the country. 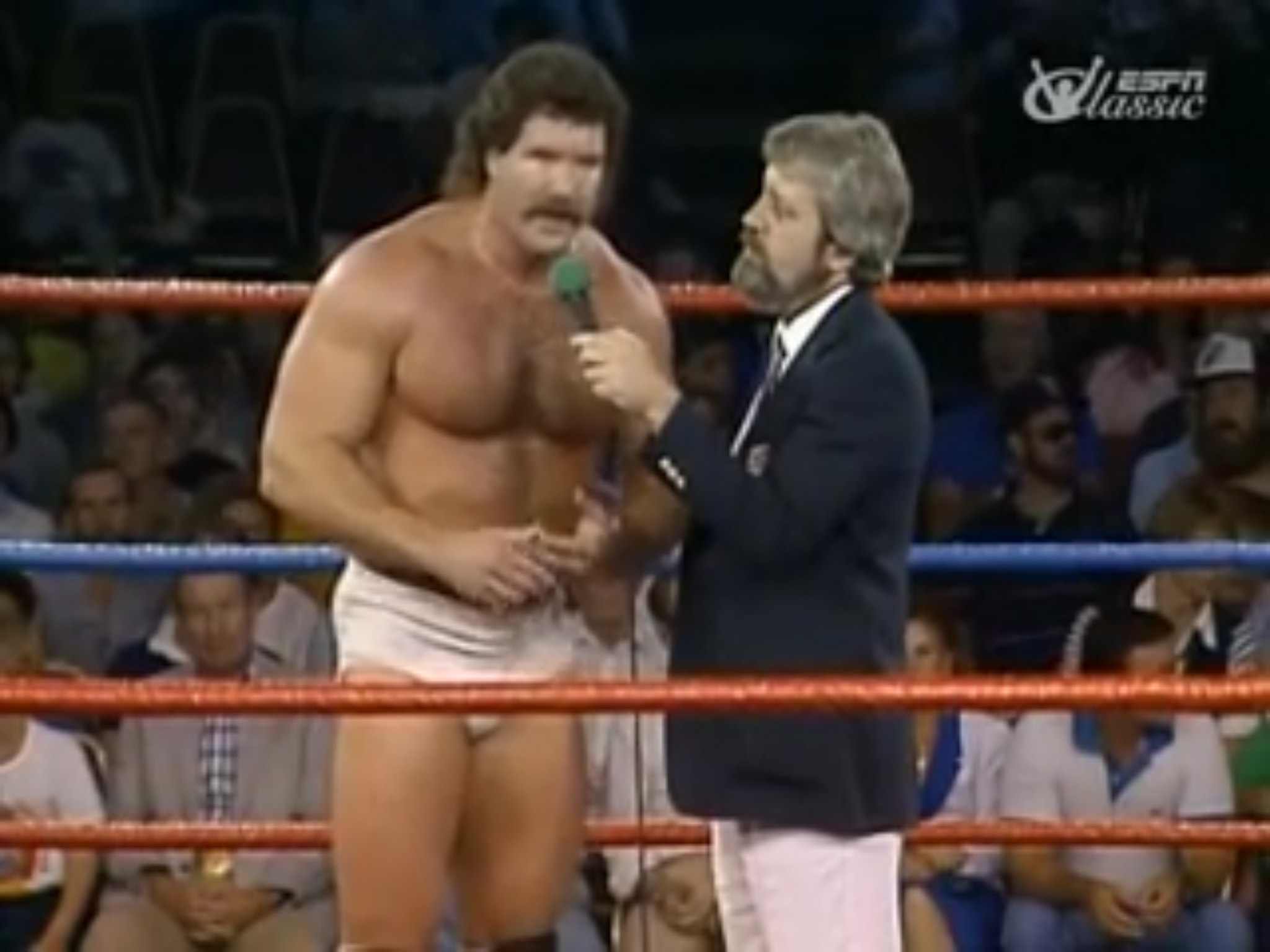 Summary: Showcase match for the Soviets. I understand using “Soviet” wrestlers to rile up the crowd, but these guys were no spring chickens in 1986. Instead, they’re Canadian, but their goose was cooked.

Summary: Showcase match for the Rockers who blew the roof off the Showboat thanks to the extremely vocal Vegas faithful.

In the ring, Nelson interviews the Midnight Rockers. Jannetty wants a crack, er, shot at Rose and Somers, and Michaels believes they’re the best and wants Rose and Somers’ “ass(es).” Oops, can’t say that on ESPN, Michaels. 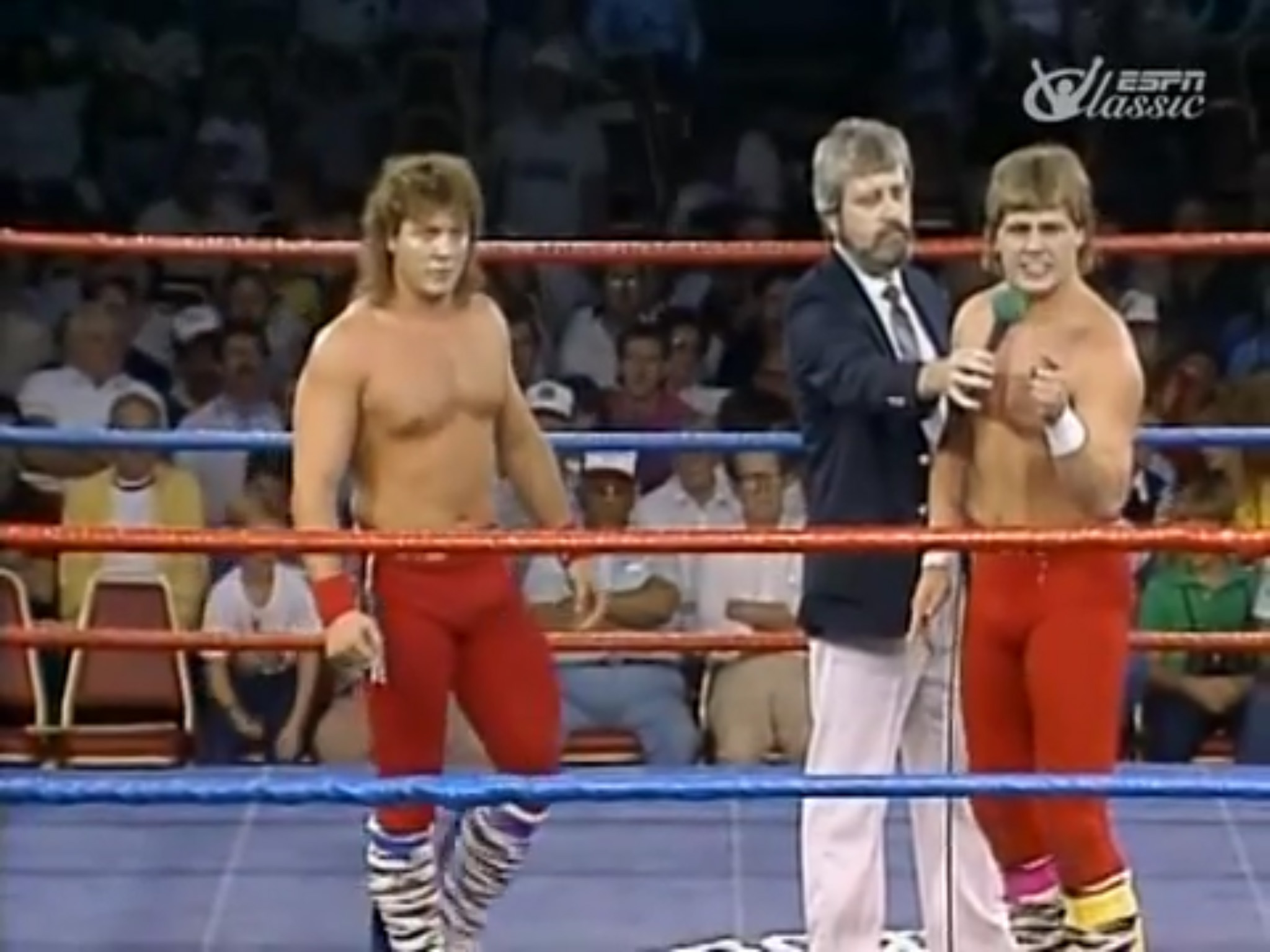 IN THIS CORNER: From Stevens Point, WI, Larry Zbyszko consults attorney Jim Lonsdorf from Wausau, WI about the AWA’s handing Bockwinkel the World title. Lonsdorf believes that Zbyszko isn’t ranked high enough to earn a title shot. I’m surprised he doesn’t represent Rittenhouse since he knows how to deal with people shooting things off. 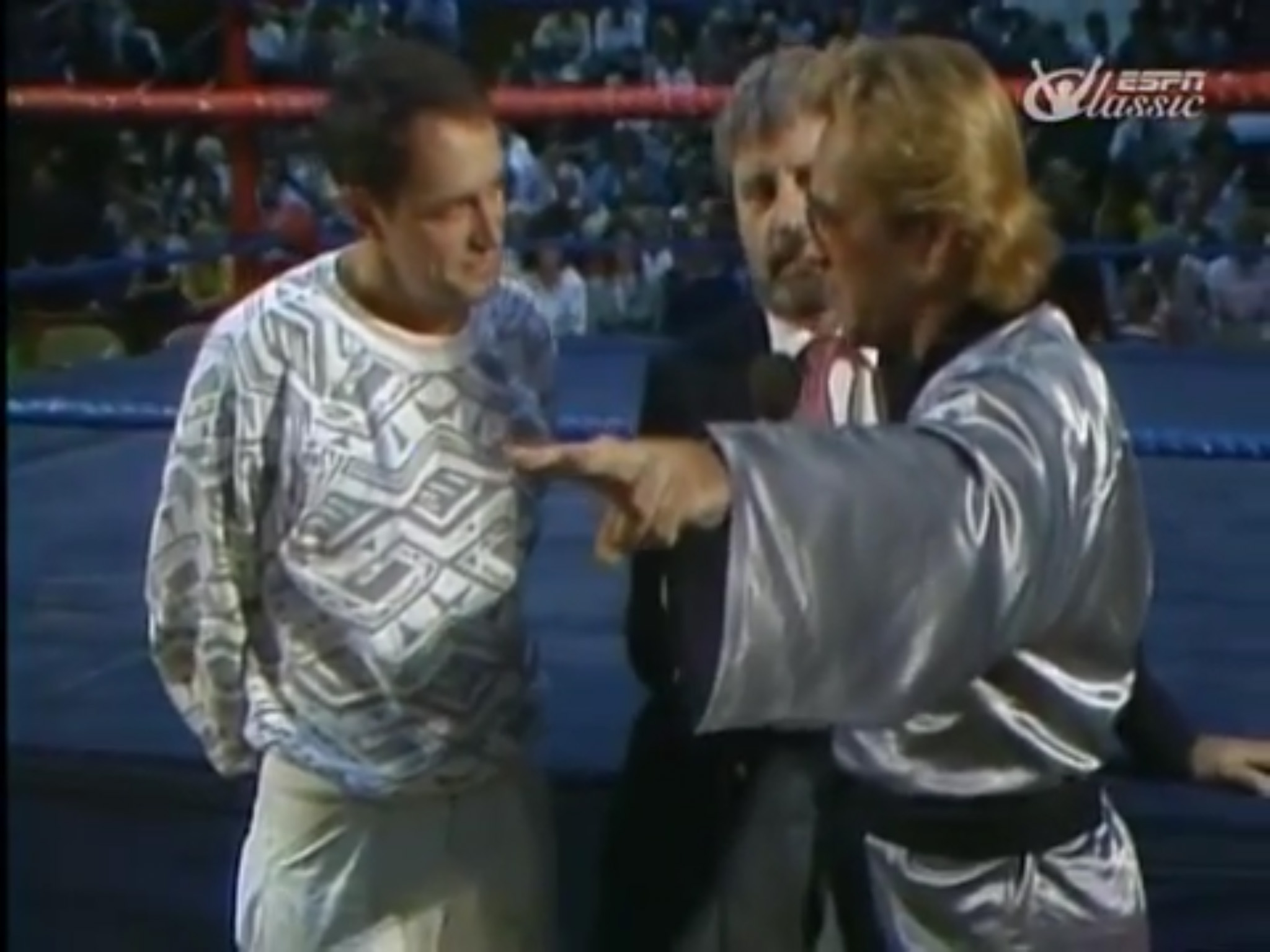 Nelson interviews Hennig who implies that he wants a lumberjack match against Zbyszko. Also, he’s ready to win the battle royals to become the #1 contender for the World title. 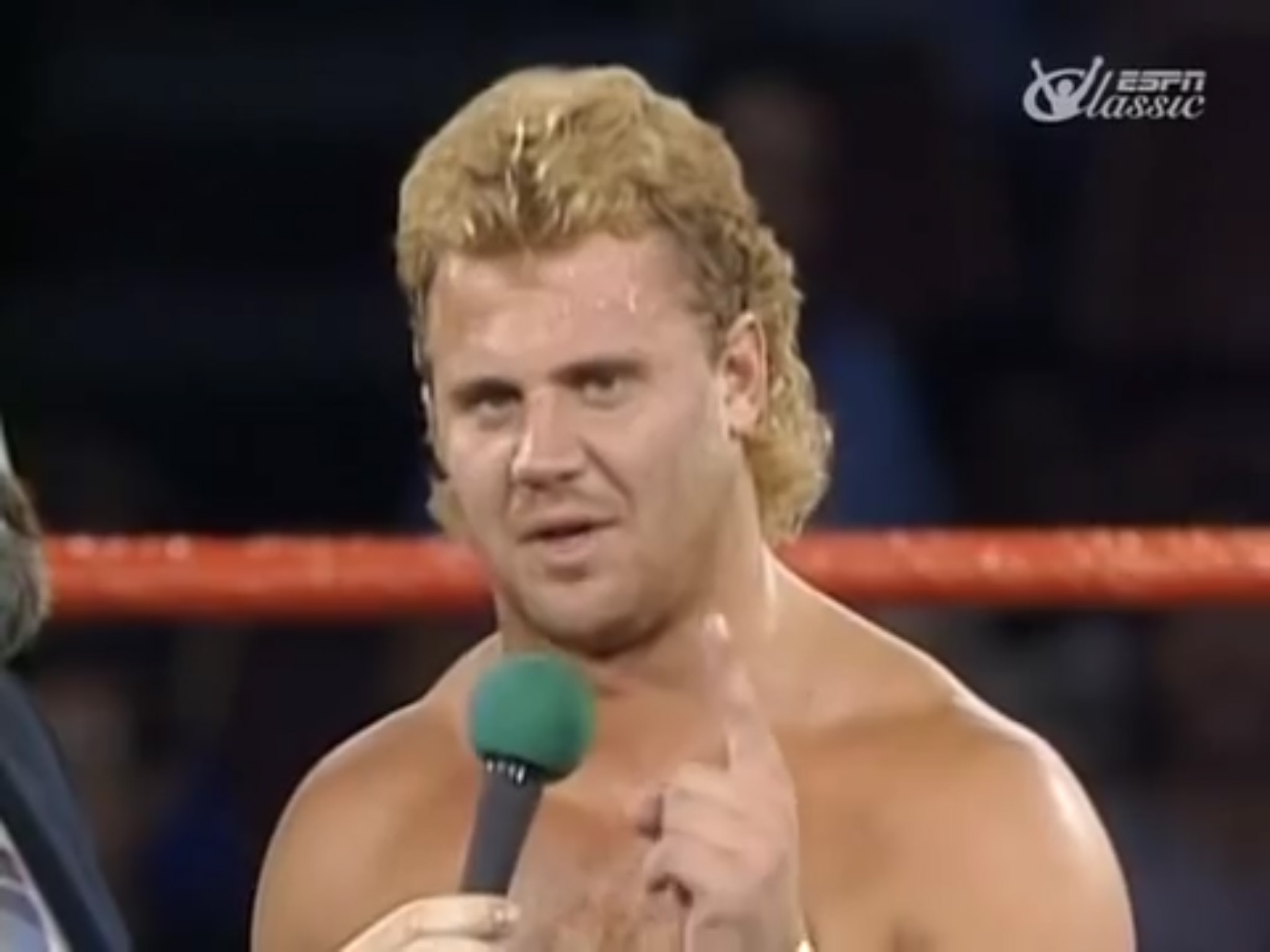 Conclusion: While the heat for the main event was off the charts, the result leaves much to be desired. In the meantime, the Rockers looked sharper this week. Hall looked like the favorite to win an upcoming battle royal, but those “Soviets” need to be exchanged for younger models.

Comments? Suggestions? Send them to me at [email protected] and follow me on Twitter (@rockstargary202). Also, please check out all of my reflections at rockstargary.com including the Monday Night War and Herb Abrams’ UWF!