We get more clips of Paul Orndorff getting attacked by Steve Williams. Their feud is the best thing on the show right now but they still haven’t given a date or time they’re wrestling.

The Viking vs. Al Lion

My mistake, THIS is Viking’s last match in UWF. Last week was just wishful thinking. Al is dressed like a baseball player and it’s his last appearance too, probably not helped by DeGeorge asking if he’s wearing black under his eyes to help him look at the lights. Al avoids Viking for a bit before getting clotheslined and having his hat fly off. Ludvig shows his improvement by leapfrogging over Al before looking lost. Usually he just stands there before looking lost. Tony press slams Al before dropping him on the top rope and ending with a running elbow.

Winner: The Viking (Herb tries to interview Viking who calls him “an overgrown smurf” before demanding a World Title shot. He’s told there isn’t one so he leaves for NJPW.)

Bob says New York City stinks so he’s going to wreck Blair because of it. Tolos then takes ten minutes to say the same thing because all his promos sound like he’s meeting a word count. Orton gets one lock-up before begging off and then yelling at the audience because he’s so great. It falls apart as soon as the wrestling starts as Cooley’s selling is “possible untrained” levels of bad. Orton realises this so he beats him up the entire match before finishing with one of the worst attempts at a Figure Four Leg Lock I’ve ever seen.

Winner: Bob Orton Jr. ( Orton looked like he was going for a Spinning Toe Hold before thinking “you know what, this guy’s so green I’ll just make up a hold and make him tap out to it” and even the commentators can’t say anything nice about it.)

Iceman made his debut last week saving Louie Spicolli from a beatdown from Col. DeBeers so common sense says they shouldn’t be wrestling each other, but if you want someone to look good in their first match you have them wrestle a mega-seller like Louie.

Louie tries to grab Parsons’ hair but it’s too short and goes back to bumping. Louie lands a few small slaps on King before Iceman chops the shit out of him WALTER style before ending with the Butt Butt. Herb asks him why he’s here which is the only question he knows how to ask. Iceman tells everyone that the referee DeBeers is messing with is his cousin and if Debeers doesn’t like it “then he can get his ass out the country” before telling us “mama says it be that way sometimes” which Sid borrowed for his WCW run in 2000 that no-one joined in with.

Winner: Iceman King Parsons (Well King used to team with Buck Zumhofe so this is hardly a career lowlight for him).

Lou reminds us he backed up Brian Blair last week so both men yell and scream in the battle of Which Manager Can Outshadow Their Wrestler The Most.

Paul Orndorff vs. The Intern

Paul is in no mood and beats the shit out of The Intern Moxley-style before ripping his shirt off his body and finishing with The Piledriver in about a minute. Paul informs Herb that he ripped his shirt off him because it was a Steve Williams shirt and he makes it clear he’s coming after Dr. Death no matter what Herb says. Nice promo, shame no-one knows if the match is happening.

Foley main eventing with The Rock? It’ll never last. Don’s rocking the tye dye look as if he’s being managed by Billy Graham, so Superstar will be probably announced for the New York shows too. The commentators express how out of control Cactus is and he probably won’t do any wrestling tonight, followed by Cactus starting off with some standing holds on Don and causing them to apologise for being filthy liars. Thankfully for them, Cactus heads outside and beats the shit out of himself with a wooden chair.

Cactus gets thrown outside from a kickout as he does everything he can to make The Rock roll. Don is absolutely not in the mood though and slows it way down with some basic armbars. Cactus has to go on offence but Don is at Mil Mascaras levels of Giving A Fuck with the crowd loudly chanting BORING. Foley, bless his cotton socks, sends himself outside the ring with the Cactus Clothesline to shut them up. Don shrugs off a slow irish whip into the corner post before delivering a very stodgy Tombstone Piledriver onto the concrete which sounded way cooler than it looked. Don sends Cactus into the ring ropes he can take a Hangman (keeping his ears on this time) so he can bleed outside and lose via count-out.

Overall: If you want to see some future stars making old stars look great then watch this show.

“I thought for sure that nobody could ever be worse than Gordon Solie, but then the UWF came along and Solie was saved. Herb Abrams is so bad he makes Hillbilly Jim look like Jim Ross.”

“Suffice to say that Herb Abrams makes David Crockett look like Jim Ross. He’s a fingernail on the chalkboard of life.”

“Everything about Herb Abrams made me sick, from his voice, his promotion, his lies, etc.” 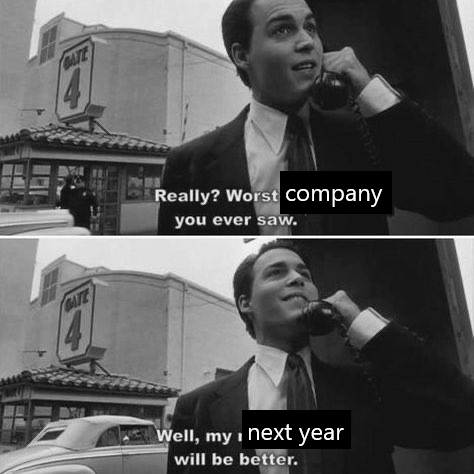