In the ring, Nelson interviews the champs and Sherri. Rose cuts a promo on the Midnight Rockers as well as the former champs Curt Hennig and Scott Hall. Next, he claims there’s no conspiracy between them and Colonel DeBeers. 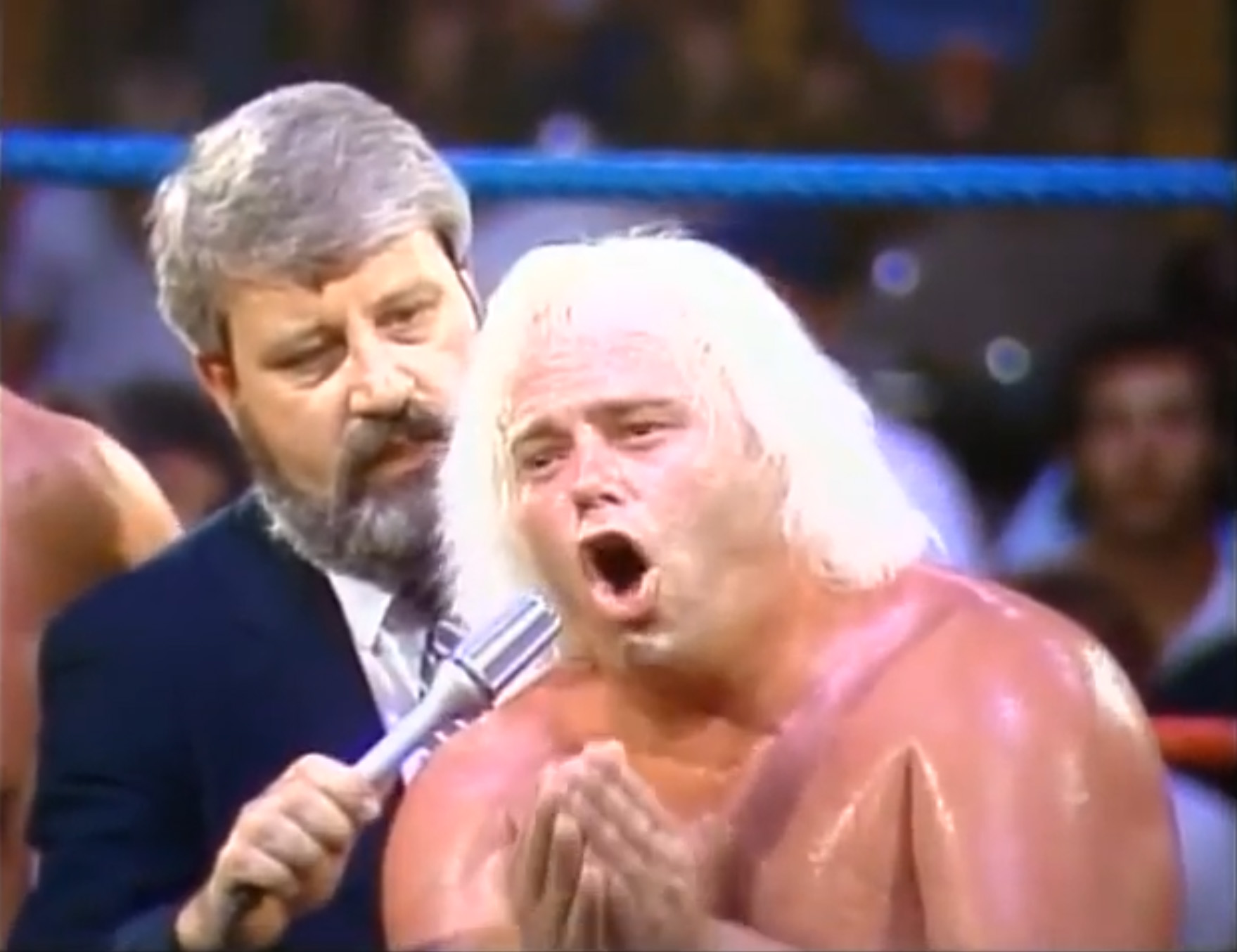 Now, we head to Vegas. Cue the showgirls!

Summary: Showcase match for Snuka who refused to mail it in against Stamp.

In the ring, Nelson interviews Snuka who’s ready to team with Greg against the tag champions. Also, he passive-aggressively referred to DeBeers as either a sergeant or lieutenant. He’d better be careful. 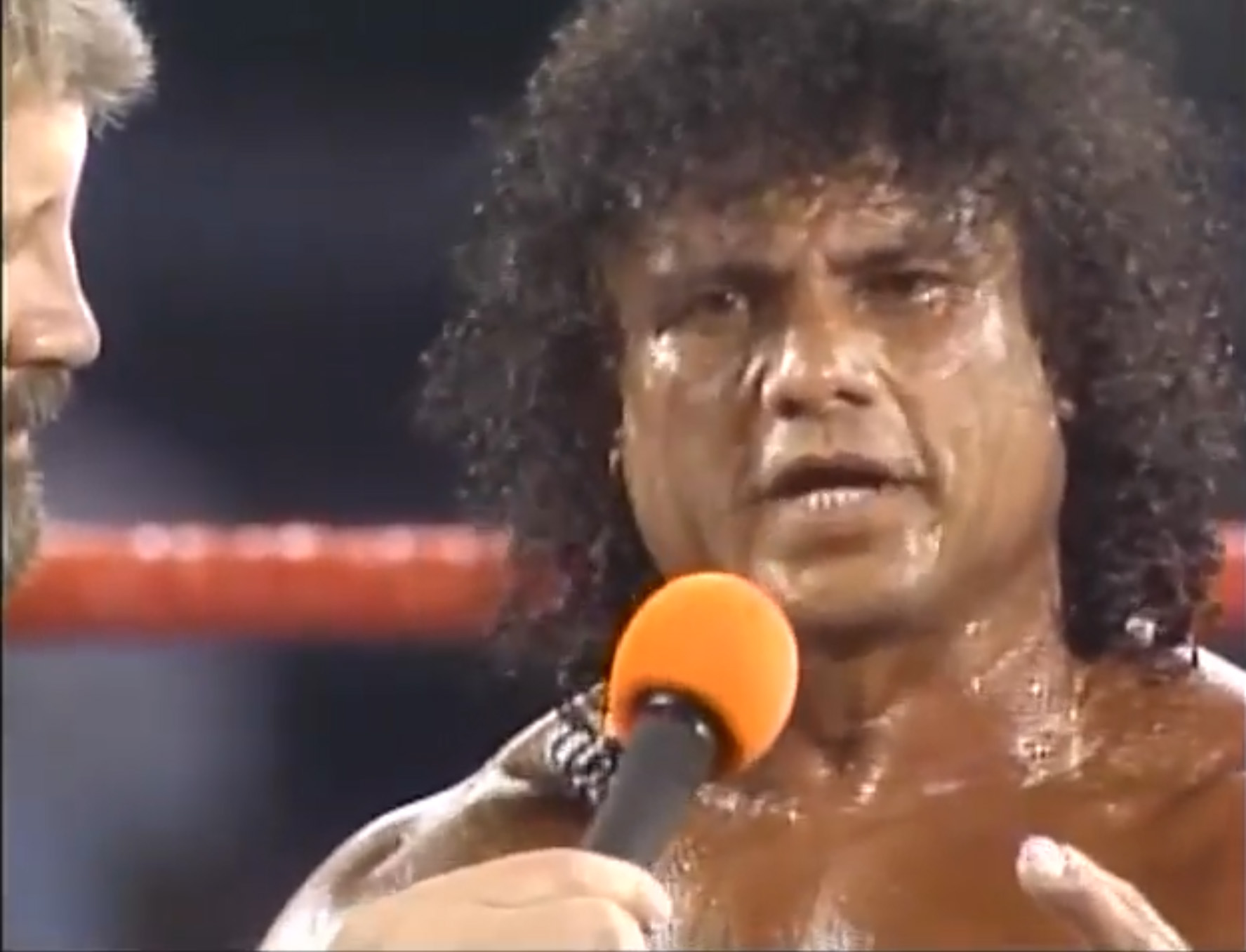 Summary: Showcase match for DeBeers. Thankfully, we don’t get a disgusted Nelson trying to interview a delusional DeBeers afterward.

Summary: This match was held during the weekend of America’s 210th birthday in the midst of the Cold War. Do you truly believe a Soviet would steal the title at this juncture? Nonetheless, with the psychology by both Bockwinkel and Zhukov, the patriotism surrounding it, and Bockwinkel’s keen timing kept the Vegas faithful enthralled.

In the ring, Nelson interviews a FURIOUS Al-Kaissie who disputes the result of the match. He challenges Bockwinkel for either Zhukov or Nord the Barbarian and wants to bring his own referee. Meanwhile, Zhukov demands a Russian chain match to end the show. 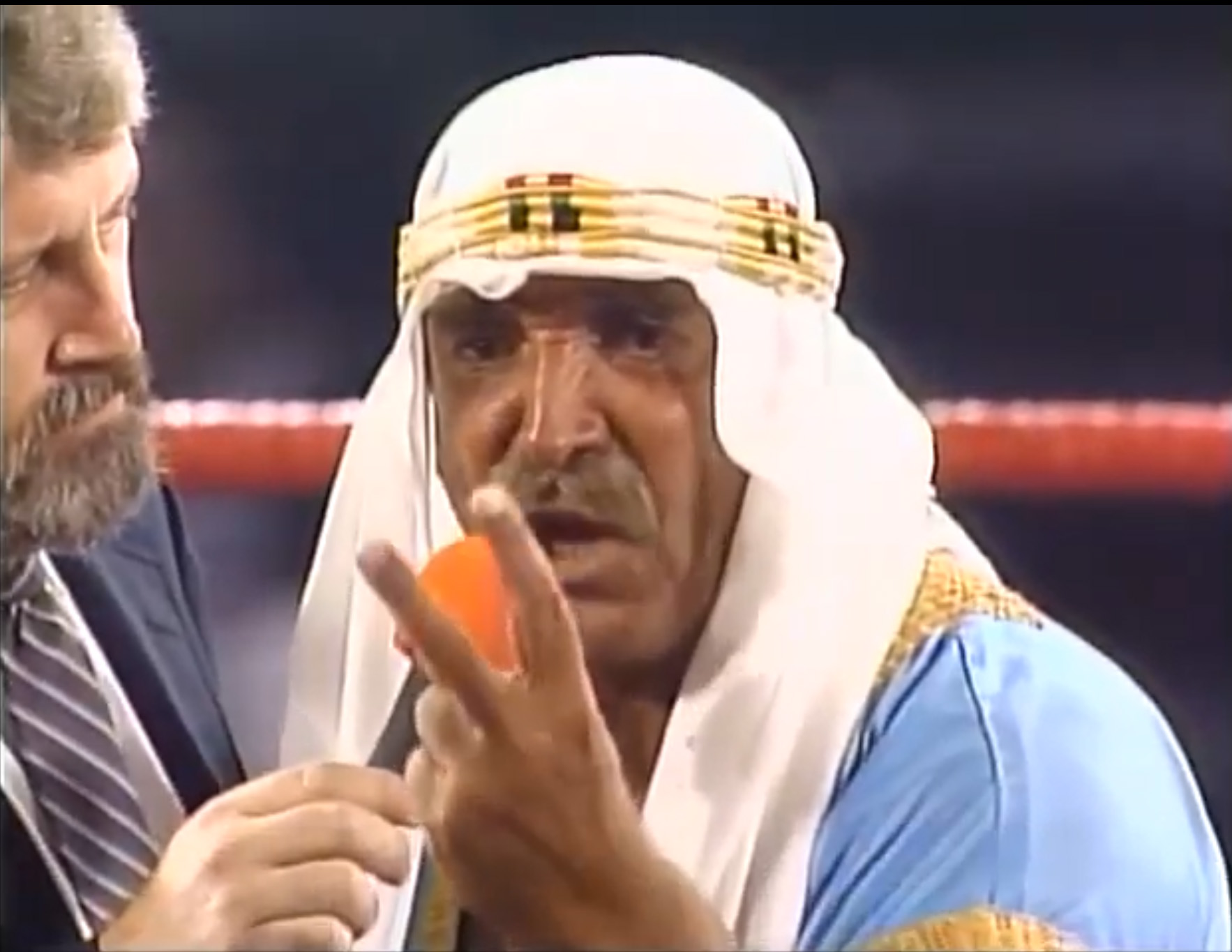 Conclusion: Since Bockwinkel was handed the World title on a silver platter, the AWA had to make him look strong by pinning Zhukov. In the meantime, Snuka and DeBeers appeared to be on a collision course. The tag champs believed that the Midnight Rockers weren’t worthy challengers.

Hmmm…I might have already reflected upon one of their matches from early September that would determine their worthiness.

Regardless, hop aboard the AWA train as we head into the autumn of 1986. Get your tickets now!

Comments? Suggestions? Send them to me at [email protected] and follow me on Twitter (@rockstargary202). Also, please check out all of my reflections at rockstargary.com including the Monday Night War and Herb Abrams’ UWF!