Matt Striker lets the Pros know there’s only three weeks left (yayyyy) so tonight there’ll be the Power Of The Punch challenge.

They all punch the ball and there’s only so much you can do to make that interesting. Maybe if they painted it to look like Bart Gunn’s head. Alex Riley wins but the only notable moment was Kaval getting the lowest score by choosing to kick instead of punch. In fact Cole & Mathews got higher scores during practice than half the wrestlers which has to be (yet another) rib on the Rookies.

Action starts quick with everyone doing a little bit then tagging out so everyone gets a chance to not-suck. Husky “The flying army tank” Harris so far is the one with the best in-ring presence but Riley does a good job bouncing around for the goodies. Riley keeps on taking Zybysko breaks on the outside so Cannon unexpectedly dives over the top rope to take him out.

It slows down after the break but the crowd reacts very strongly to Kaval’s hot tag as he goes Iko Uwais on the whole team. Kaval dodges The McGillicutter to put Michael away with a double stop to get his first pin-fall victory to a BIG ARSE POP.

Winners: Kaval, Lucky Cannon & Percy Watson vs. Alex Riley (With no Pros at ringside, this was like a bunch of kids having a sleepover with the parents away as the Rookies showed more character and moves than any of their previous matches. And the crowd loved it! So it won’t last.)

RAW REBOUND: Nexus vs. Team WWE at Summerslam is in doubt as Hall Of Famer Great Khali gets taken out backstage but despite the odds they’re still able to take out Nexus at the end of the show like Hogan dispatching The Dungeon of Doom in 1996.

The Miz vs. John Morrison 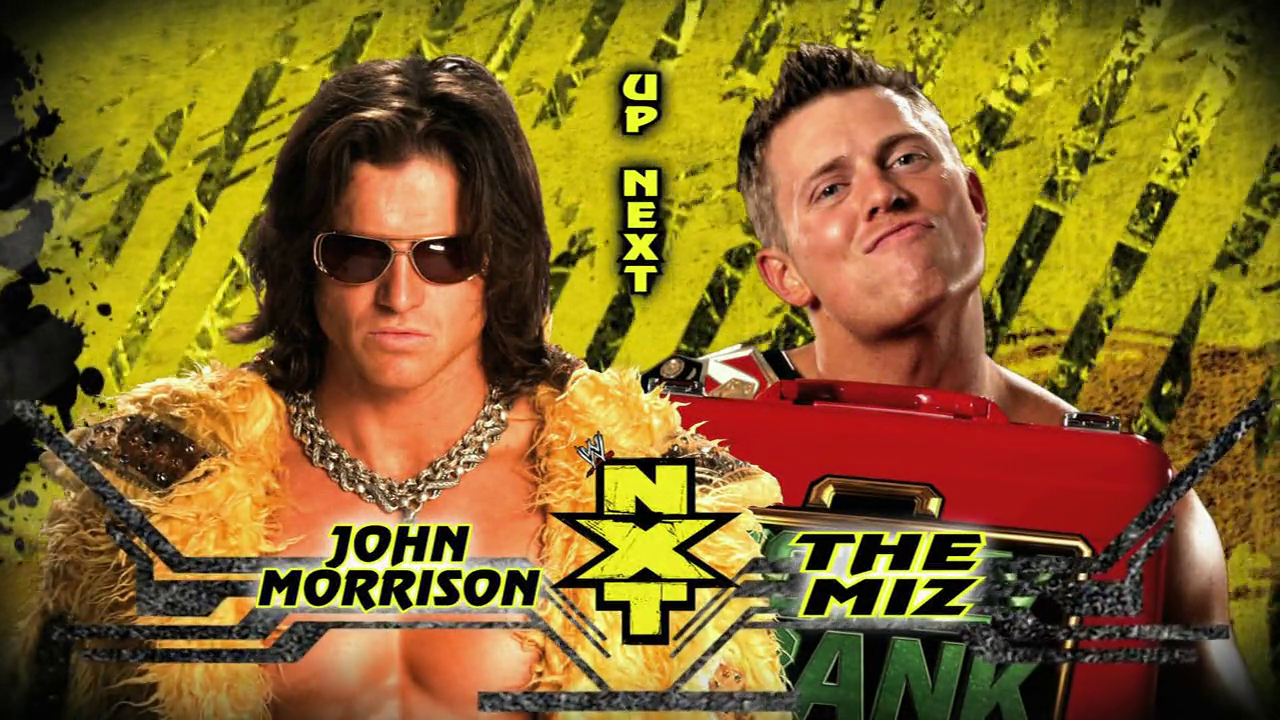 The Miz demanded John Morrison ask him to join Team WWE because it’s clear WWE needs him. Morrison disagreed so they’re wrestling tonight. Also there’s nothing for the rest of The Rookies this week because the whole focus is on arguably the worst Summerslam PPV of all time. I say “arguably” because if you disagree, I’ll argue with you. Morrison wipes the floor with Miz to begin and gets the Standing SSP for two. Crowd chants their disdain for The Miz and I’d forgotten how much kids hated him. In hindsight I appreciate his scowling more than Morrison’s athleticism. He lands the corner clothesline while grinning and the fans sound like fog-horns the whole time. Morrison makes the comeback and you’d think it was Hogan/Rock compared to the crowds from previous weeks. Miz gets the ropes after a springboard kick but takes Miz’s big boot for two. Oh he did that in real matches too? I forgot about that, it’s adorable. Morrison tries a Pele kick but Miz dodges and goes arse-over-tit into the ropes and wanders right into the Skull Crushing Finale for the end.

Oh wow, the Rookies smell the blood in the water and waste no time verbally ganging up on poor Lucky. After last week’s quick loss, I’m surprised they didn’t open the show with an announcement that his plane had crashed off the Sea of Japan. Husky reminds everyone he hasn’t won a match, McGillicutty tells him to go home, Kaval says he hasn’t made an “impact” (hiyo). When Lucky says “anyone but him should be eliminated”, Cole laughs at him and Striker pulls the microphone away from him. 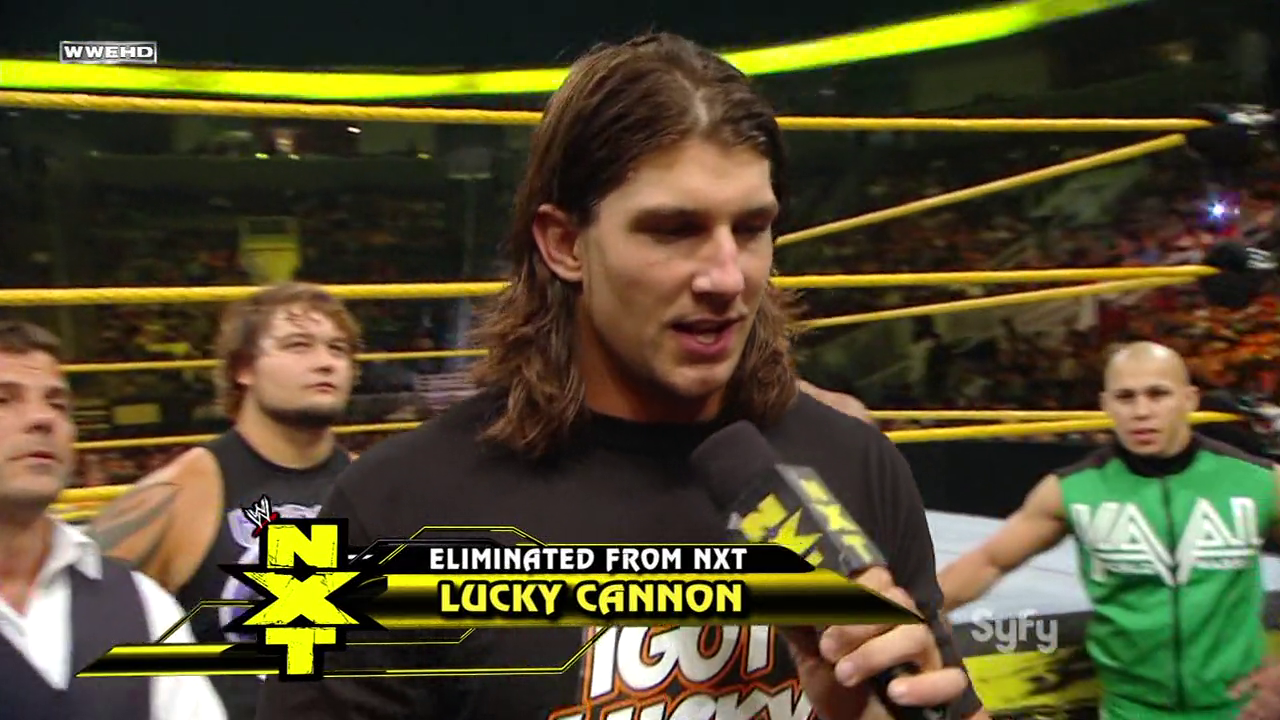 Lucky gets the microphone and tells the crowd it’s OK, he’s not going to flip out. Crowd chants the NA-NA-NA-NA-NA-HEY-HEY-HEY GOODBYE song at him hahahahahaha. Lucky says he’s not going to flip out or insult anyone but then does so the crowd yell YOU SUCK as he does his best to go back to being nice. That was amazing, not seen an entire show turn on someone like that since Dave Perry on Gamesmaster.

This Week In Bryan Danielson

Bryan wrestled a guy called Zack Salvation for NWA in North Carolina and then has nothing else booked.

Poor guy, hope something turns up for him.

NXT last week with the kissing contest did not do an 0.0 as Vinny had hoped, but it did drop to an 0.86 rating and 1.122 million viewers.

Overall: After several weeks of utter boredom, they’ve decided the best way to keep the show afloat is by dismantling certain wrestlers’ limb by limb and I’m all for it. Don’t feel bad for Lucky, he was so useless Ed Gein wouldn’t have found use for him.