Who will become the top two contenders for the IC title? What’s up with Bigelow and Doink? Let’s find out!

Summary: Ramon’s popularity enabled the climax to be more exciting than anything else within the match.

Promo airs for Monday Night RAW. Why am I seeing an ad for a show I’m already watching?

Summary: Showcase match for the Bodies.

Promotional consideration paid for by the following: ICOPRO.

We then revisit Superstars when Doink dumped confetti on Bigelow. When Luna chastised him, Doink dumped a pail of water on her (aired 10/2, taped 8/31). 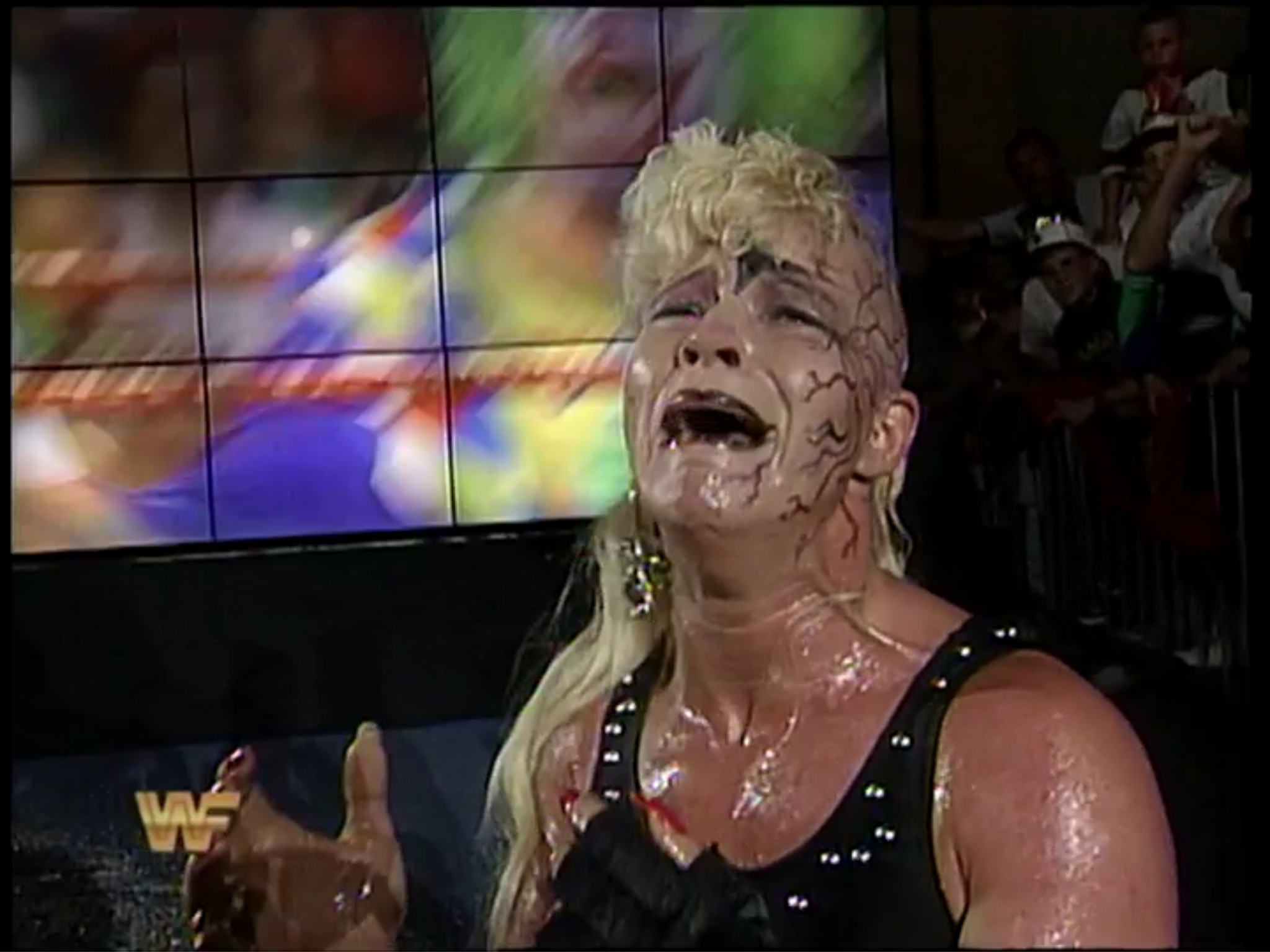 Prior to the next match, Doink teased Heenan with another bucket of water. Inevitably, it turned out to be popcorn. Woohoo!

After the match, Bigelow comes to the ring, but officials prevent him from attacking Doink. Instead, he destroys Doink’s little red wagon.

To finish the show, we revisit the finish to the battle royal.

Conclusion: Completely skippable episode with ZERO redeeming value. Take a deep breath, ‘cuz next week we finally get the payoff.