Will Bigelow even the score or will Bret earn a second straight victory over the Beast from the East? What’s up with Doink and Savage? Let’s find out!

To open the show, Doink cuts an scathing promo on Savage.

While Vince, Savage, and Heenan welcome us to the program, Stu and Helen Hart sit among the Manhattan faithful to support their son, Bret, for his match tonight. 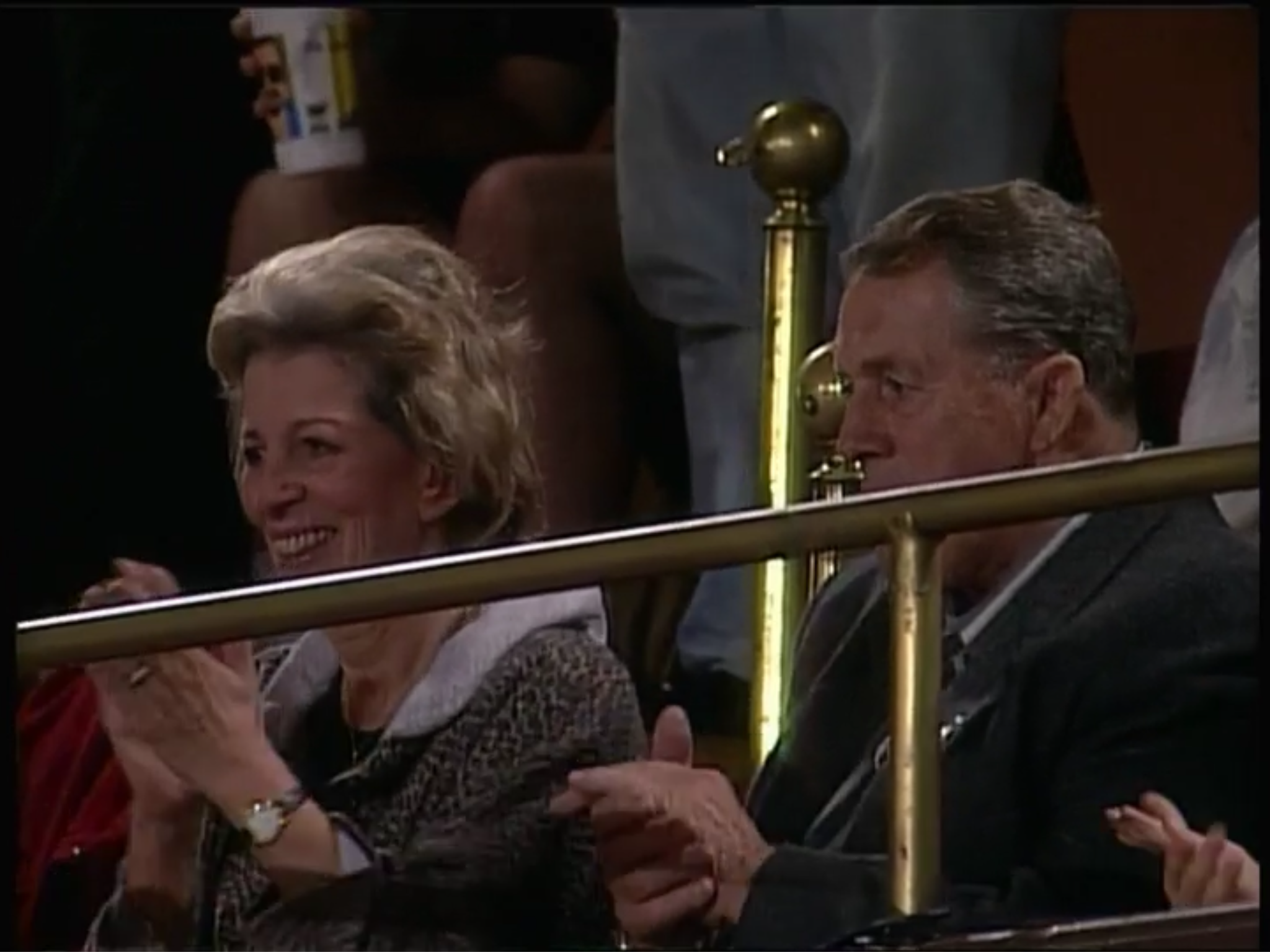 Summary: This match tried but failed to match the awesome encounter they had at King of the Ring ‘93. Lawler’s annoying running commentary not only distracted from the pace of the match, it ruined the climax. I understand the build toward the king versus king match at Summerslam ‘93, but this match deserved a better finish.

After the match, Bret continues his pursuit of Lawler but changes direction to check on his parents. Aw.

Vince then shills WrestleMania: The Album while Hughes destroys the wreath. 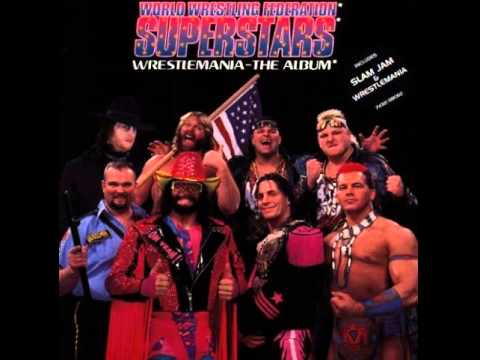 We then see clips from the release party for WrestleMania: The Album. In case you were wondering, the WWF provided Tiny Tim with a replacement ukulele during the event.

Summary: Decent tag team coordination by the Gunns, but Ruth may need a special trip to Mount Sinai after that finishing sequence.

In an empty Manhattan Center, Vince interviews Luger who is “ecstatic” about his opportunity at the WWF title at the PPV. Luger then states that he doesn’t have an issue with wearing a pad over his forearm. Furthermore, he’ll take the Lex Express “coast to coast” and “rolling right up to…Summerslam.” 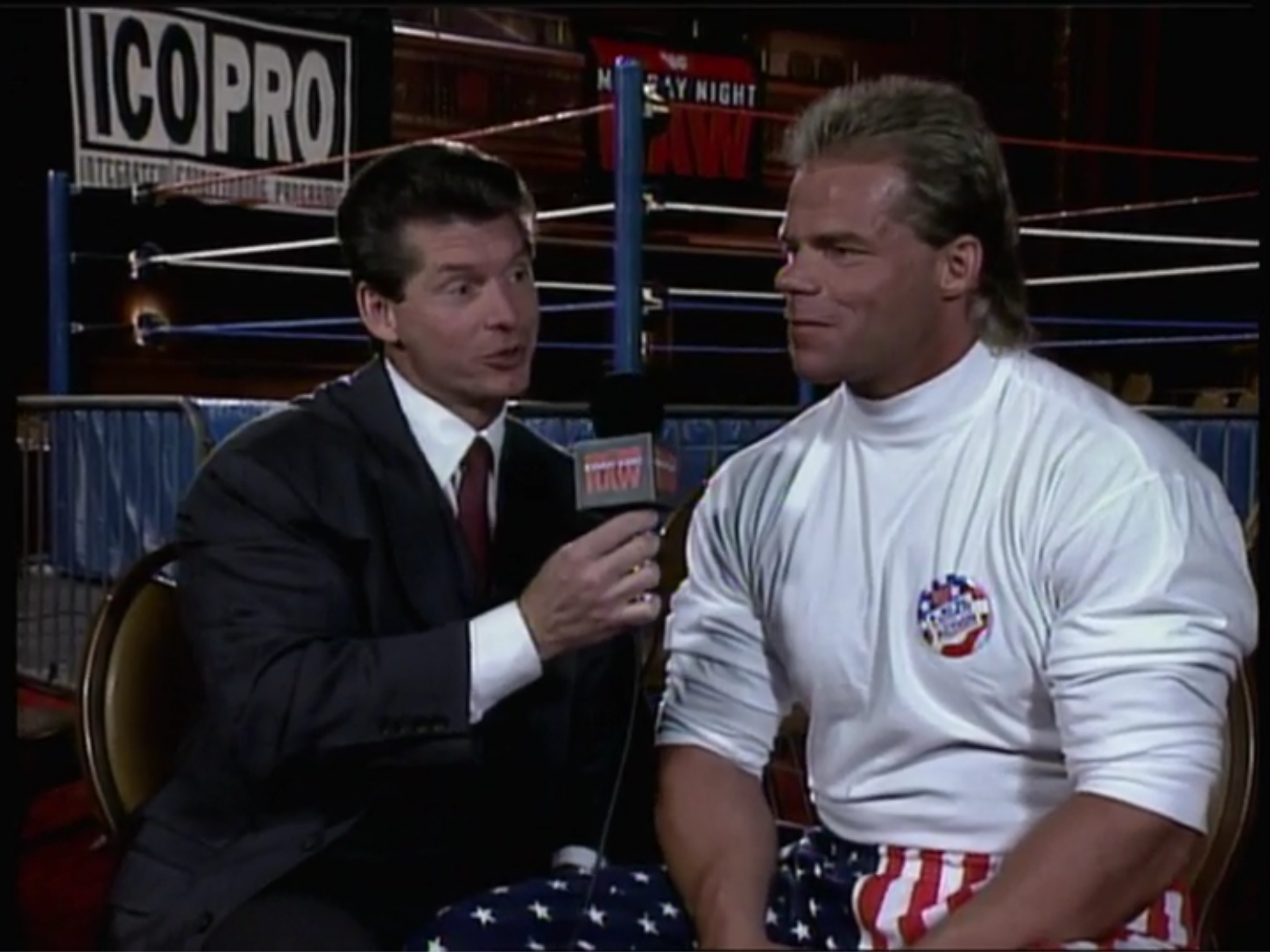 We then see clips of the Lex Express in Worcester, MA.

After the match, Doink grabs the microphone and cuts a promo on “Macho boy.” When Doink points out that Savage interferes in Doink’s matches, he challenges Savage to a match next week. Abruptly, multiple Doinks appear both in the ring and among the Manhattan faithful. 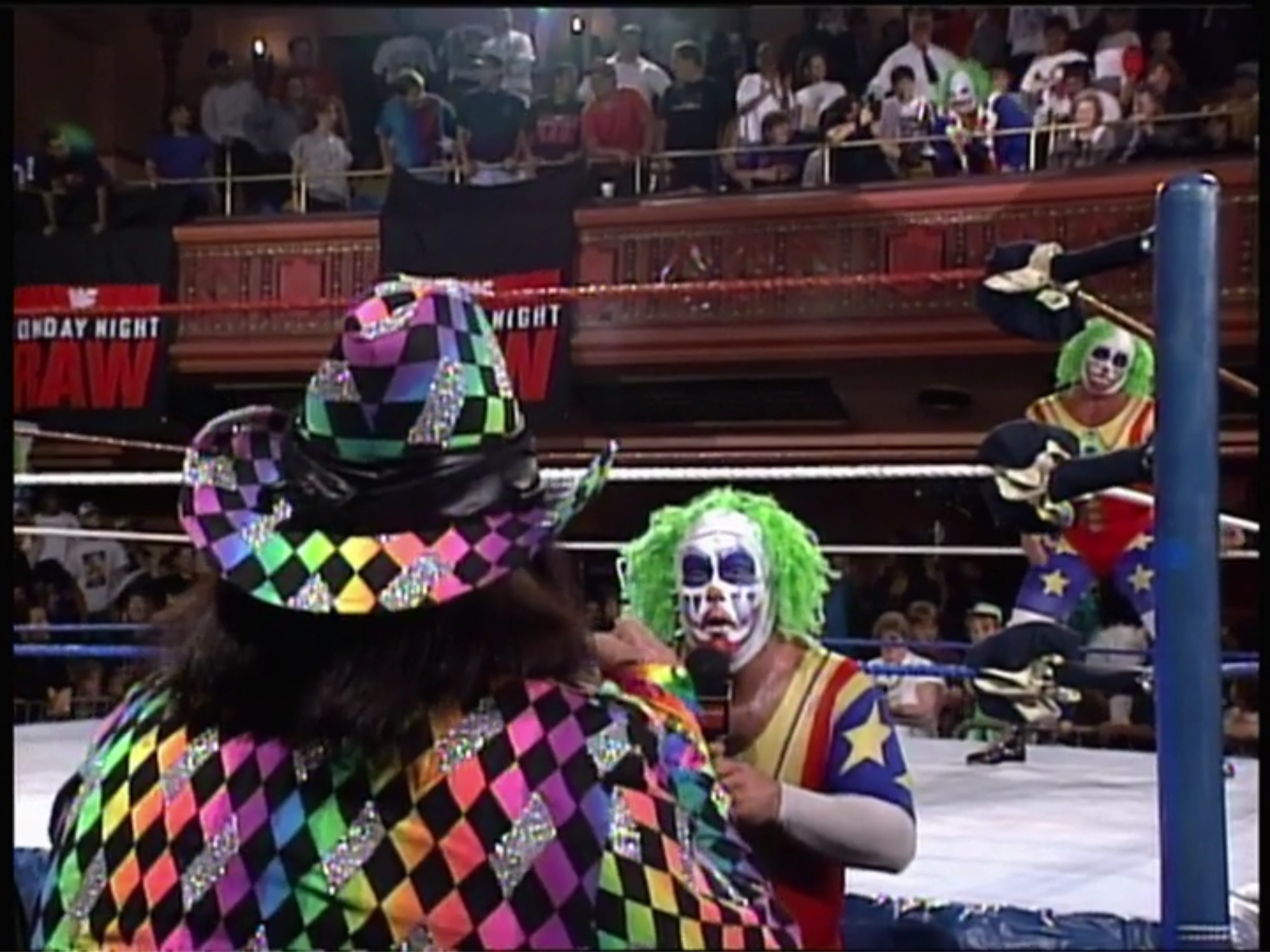 Promotional consideration paid for by the following: WWF Royal Rumble: the video game.

As the program leaves the air, Savage accepts Doink’s challenge.

Conclusion: Despite being worthwhile, the Bigelow-Bret match only served to further the animosity between Lawler and Bret. In addition, while the angle at the tail end of the show encouraged fans to watch next week, the multiple Doinks created both a great visual and possible foreshadowing.