Can the sequel be as good as the first installment? Will it disappoint or will it surpass the original? Let’s find out!

To begin the show, Bartlett rips up a photo of Bobby “The Brain” Heenan mimicking the Saturday Night Liveincident involving Sinead O’Connor. Next, Repo Man nails Savage from behind and steals his hat. How dastardly!

Summary: Taylor held his own by bringing some maneuvers seldom seen in the WWF. Ultimately, Perfect, who had a feud with Flair, prevailed.

Promotional consideration paid for by the following; ICOPRO and Slim Jim.

In the ring, Vince interviews WWF champion Bret “Hitman” Hart who defends his 78-year-old father and refers to Razor Ramon as “scum.”

Paul Bearer and Undertaker offer their support to the WWF Headlock on Hunger campaign. Next, Savage plugs the WWF charity show at MSG on 1/29 again.

Promo airs for Royal Rumble ’93 LIVE on PPV this Sunday. Have you placed your order yet?

We then revisit Superstars when Doink hoodwinked Crush before SMASHING a prosthetic arm into his back. He then repeatedly nailed Crush until officials stopped him (aired 1/16, taped 12/14). Obviously, Crush will NOT be involved in the Rumble match this Sunday.

Promo for WWF Mania airs. In case you forgot, it’s on USA on Saturday at 10am ET.

Outside the arena, Sean Mooney interviews Repo Man who still has Savage’s hat. Repo Man and Savage have an argument, and Repo Man antagonizes him. 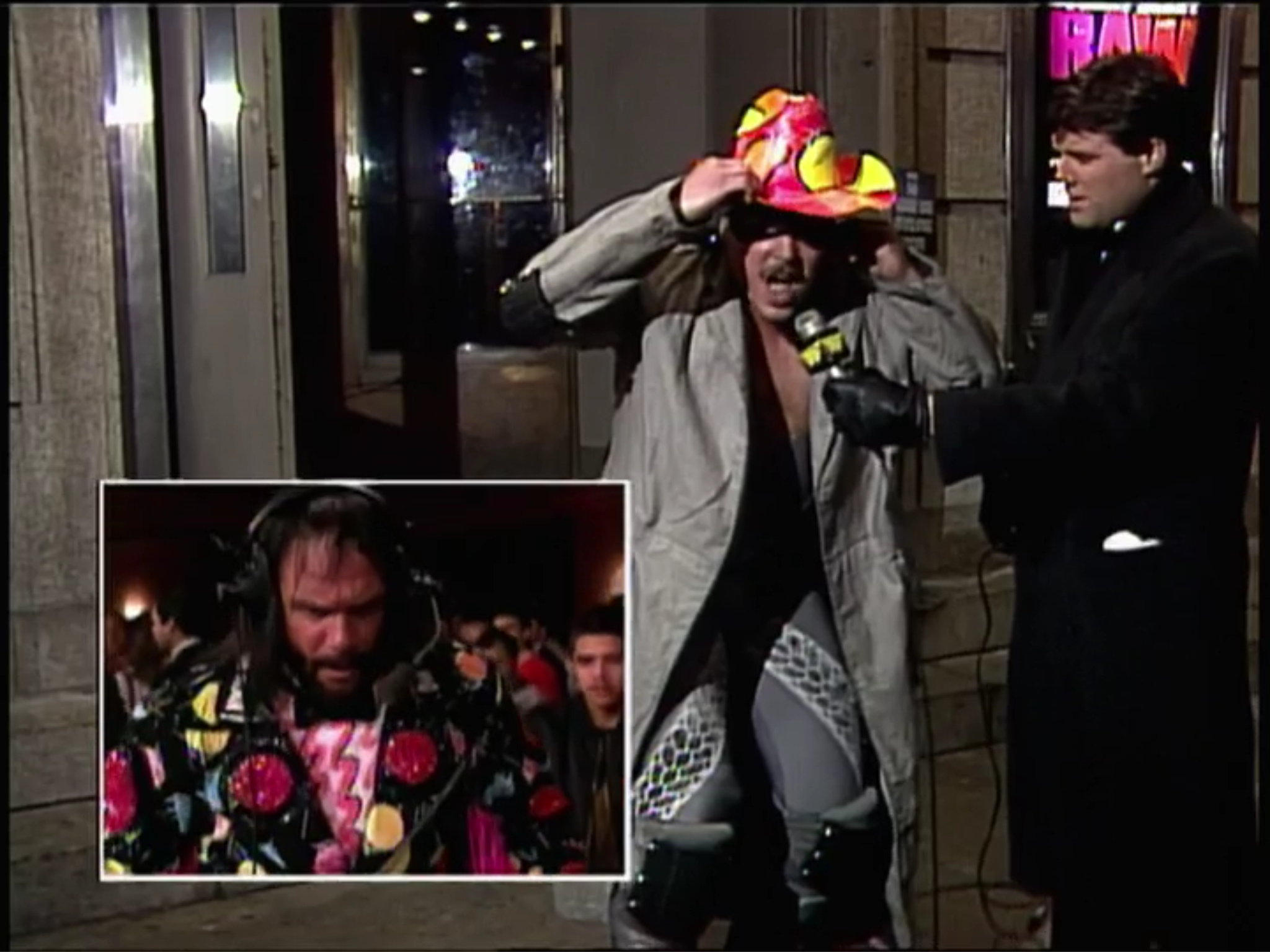 ROYAL RUMBLE REPORT: “Mean” Gene Okerlund shills the PPV for this Sunday. As he promotes the WWF title match, Ramon cuts a pre-recorded promo on Bret. He then lists participants in the Rumble match:

Another match will pit Shawn Michaels versus Marty Jannetty for the Intercontinental title. Included in this match will be Sensational Sherri, but in whose corner?

Outside the arena, Mooney tries to interview Savage who’s on the hunt for Repo Man. 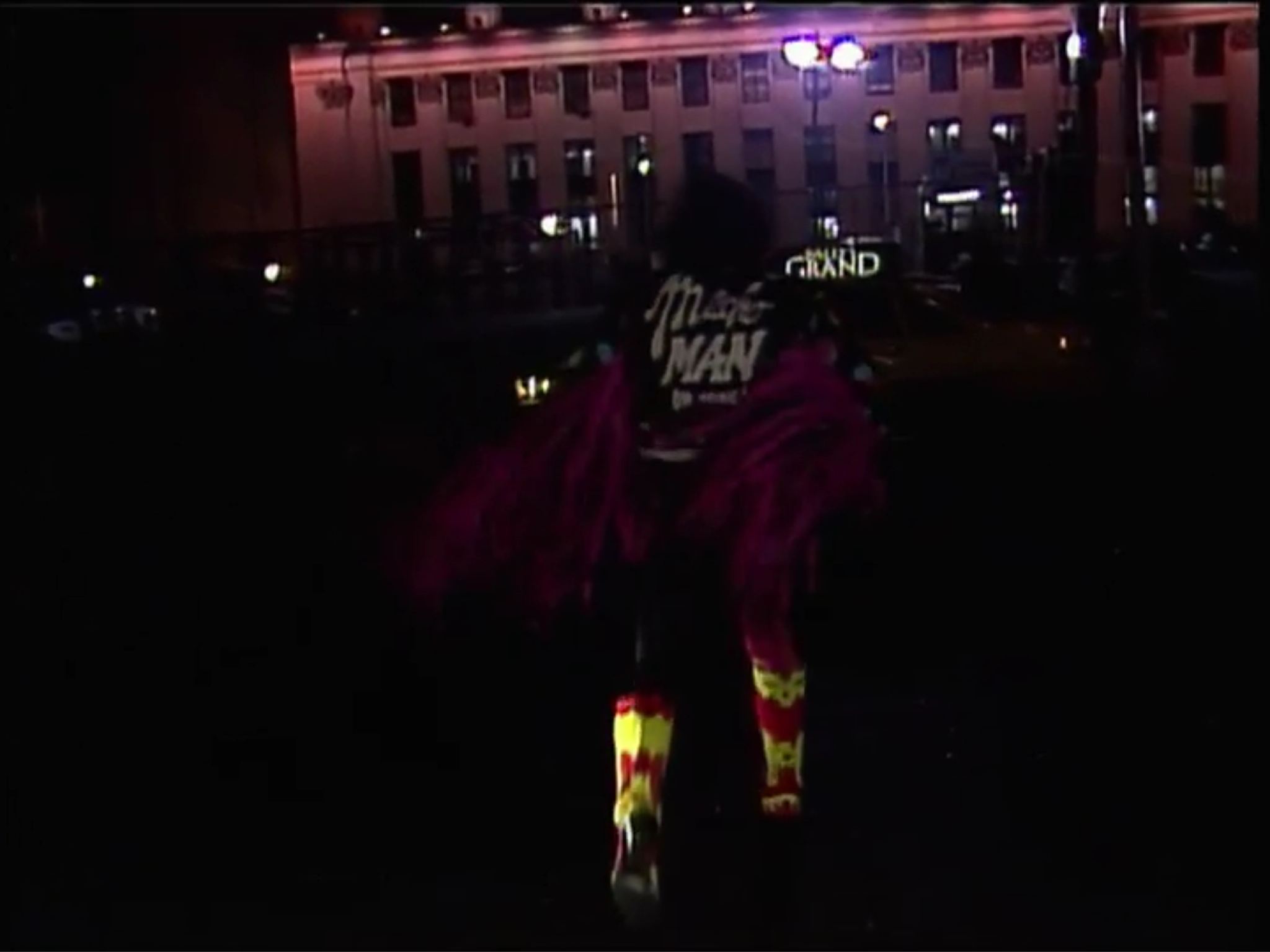 After a commercial break, the brawl continues until Flair approaches Vince for a promo. Flair then challenges Hennig to a match next week on RAW. Afterward, he clarifies that it will be a loser-leaves-the-WWF match and runs down Perfect. 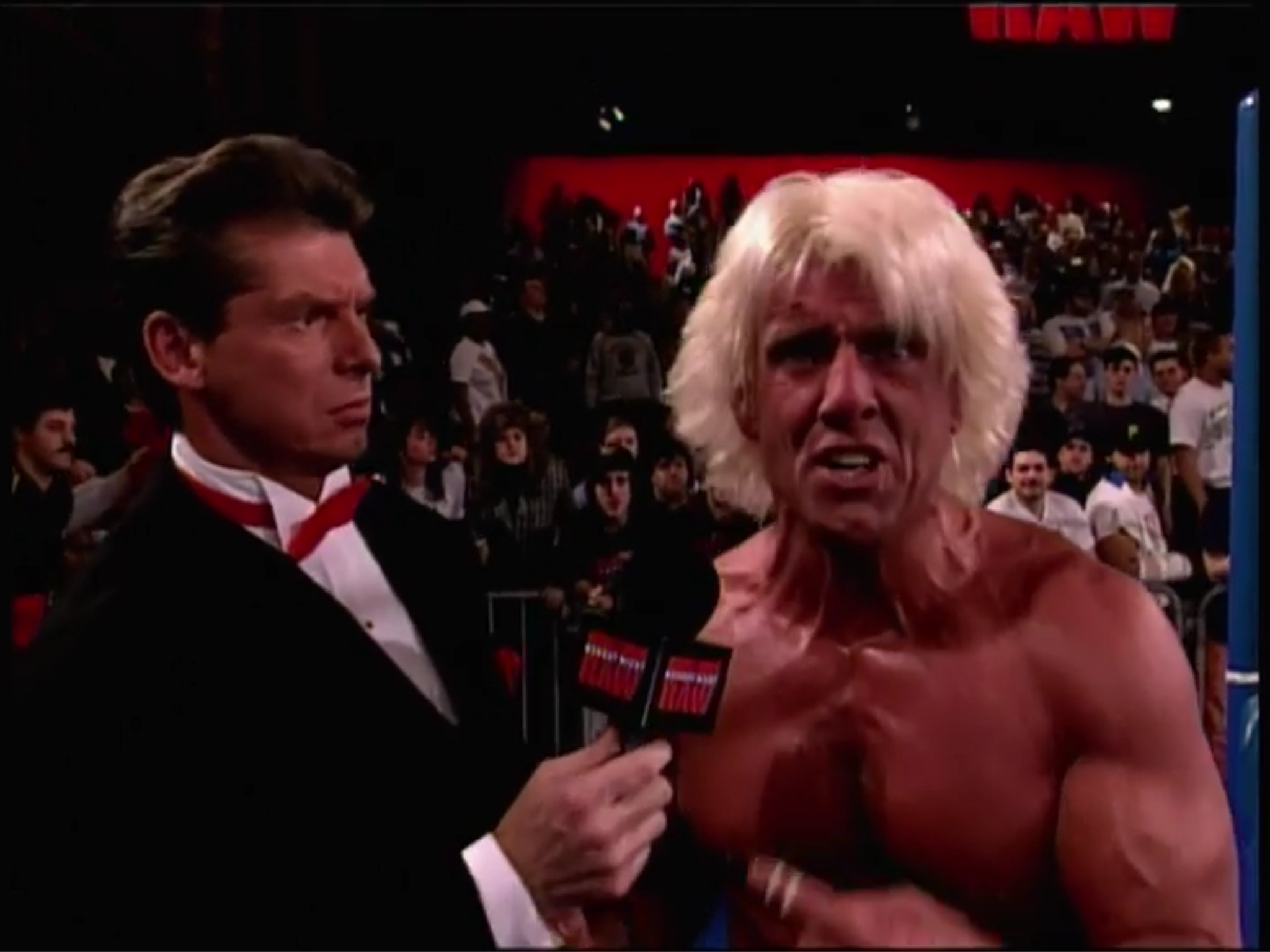 Speaking of Perfect, he approaches Vince to a LOUD reaction from the Manhattan faithful. He then accepts Flair’s challenge and vows to rid the WWF of Flair.

Before the show goes off the air, Repo Man has stolen not only Savage’s hat but also Bartlett’s SUV. HA!

Conclusion: This was an improvement over last week with two quality matches and promotion of two matches for next week. In addition, Bartlett was toned down considerably which meant a more enjoyable experience.