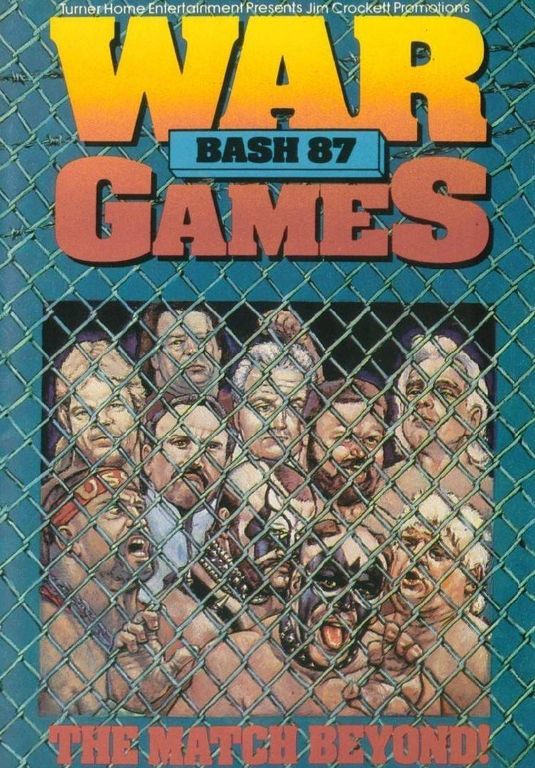 As you can see, this was not so much a one-night extravaganza as much as a “best of” tour with blockbuster matches. Of course, the most historical portion of the tour was featured prominently to provide everyone with arguably Dusty Rhodes’ greatest idea.

Summary: The first ever WarGames delivered in spades. If you’ve never seen this match, you owe it to yourself to do so STAT.

Summary: Unique finish as Rick was very green at this point in his career.

Summary: I’m so glad this was clipped because even the extended chin locks during what was shown dragged the match longer than it should have lasted. Important win for Luger here as he became Horseman #3 with a belt and, by default, the #1 contender to the World title.

Summary: Two brawlers in a brawl with a cast. It writes itself.

After the match, Gilbert charges at Williams but eats cast as well. As Williams grabs Gilbert, Murdoch nails Williams with the end of a chair into the back. OUCH! As Young tries to get the chair away from Murdoch, Magnum gives Williams his metal cane. Williams then hammers Murdoch in the midsection with it causing Murdoch to release the chair and fall out of the ring.

Summary: A hot crowd and a fiery finish made this one better than it had any right to be.

Summary: You know your formula works when Jimmy Garvin could follow it.

After the match, Precious enters the cage to check on her man. When Flair grabs her, Ron decks Flair. After Flair flop #3, the champion scampers to exit the cage.

Summary: Good but not great WarGames. I think the Florida humidity played a factor that slowed them down compared to the original match.

Conclusion: While technically not a PPV or a single-night spectacular, this show was incredible from top-to-bottom. As a wrestling fan, you owe it to yourself to see this if for any reason than to see the WarGames in its infancy.