The photos on the left of the banner are how anyone who has known me in the last…12 years has seen me. The two photos on the right are how I look after barely a month of DDP Yoga, and not stuffing my fat, cow-like mouth with shit as often I used too. Being from a film background I’m fully aware of creative camera angles and all that, but I deliberately did not suck in my gut, nor did I try and ms-represent the results.
Perhaps my body image is playing tricks on me – I feel great, but don’t see much a difference, but two dozen Facebook likes from folks who had no clue I was doing this DDP Yoga thing can’t be wrong, can it?
“share your secret!”, “Where did the rest of Paul go and what did you do with him?”, “Wow!!!! You look amazing! Congrats- I know how hard it is!” From a former “Cosby Show” writer: “WTF! NFW! Niiice…GQ ass.” – The only comment I put on this photo was “One Month Later”.
It’s important to note I was NOT perfect with this, either. I stuffed my face full of crappy potato chips once or twice due to ‘Taker streak-related stress, ate far too many fries, and probably skipped a workout or two I shouldn’t have.

Before I go any further I want to re-re-re-iterate that I’m not trying to sell you anything, I’m not in the affiliate marketing program, and generally speaking I think 99 percent of anything labeled a ‘miracle’ is 100% bullshit.

That said, this bullshit is a miracle.
Indoctrination
The whole endeavor was spurned on by a heart-to-heart with my best friend and soon-to-be-nurse who said in no uncertain terms that if I wasn’t careful I’d probably die at 45 years old and be absolutely inundated with health problems most of my adult life. We made a qausi-pact, I’d get on his ass if he drank too much, and he’d make sure I was keeping my fat ass in check
I then badgered my best friend to try it. I wanted a DDP Yoga sponsor. Someone I could bug about it, brag about it, discuss it with, someone that could share my new found…interest in physical fitness that wasn’t going to beat me over the head if I skipped a particularly tricky move, or think the whole workout was lame because they were already in shape.
I shit you not, after one Diamond Dozen workout my best friend was hooked. He’s about 6’3 and in pretty good shape, but after the workout he was sweating and as pumped as I was, likely because the dynamic resistance portion of the workout used his (far stronger than mine) muscles against him in a positive way.  In fact, earlier that day he had gone to the doctor for a sciatic nerve, and by midnight he was jumping around like a doofus on both legs with no pain.
For two weeks running now we’ve met up, done the Yoga, eaten something healthy, then done something really damn stupid to reward ourselves, like drop <rhymes with lake placid> or get really stoned and marathon movies until 8am because we’re so damn energetic from the workout. 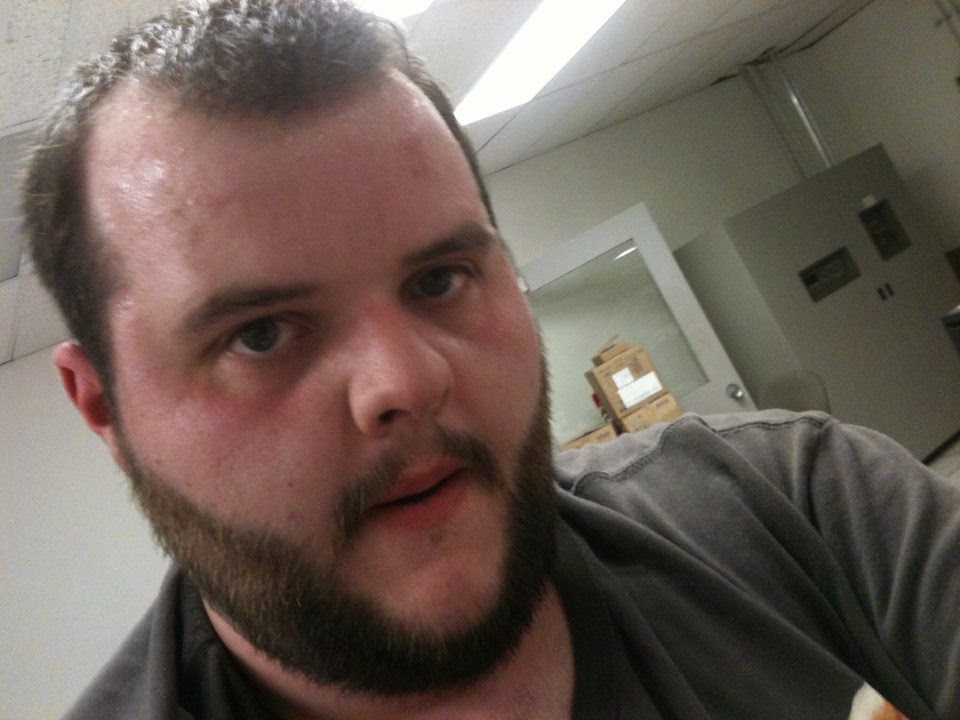 My friend is so far the only die-hard convert. I’ve done a workout with
my sister and her boyfriend, but due to the low cielings in my house
it’s a little tricky to find the room to spread out and do the workout
properly. Thus I’ve been tackling it mostly at work during my ‘break’
where I turn the computer room in my own personal DDP Dojo.

Thus I am still singing the praises of DDP Yoga to anyone who will listen. I’ve suggested it to coworkers, friends, relatives, and often I get a tepid response or a “well I need the space” kind of thing.

I don’t want to sound like a know-it-all after such a short amount of time, nor do I want to seem like all my problems have been solved because I can do a Down Dog for 10 straight seconds without shaking, but it seems the hardest part of anything is starting.
Once you start, an object in motion tends to stay in motion. Even if that motion is a little stilted or sometimes stalls out briefly.
A side benefit is that if you tackle an ‘Energy’ workout prior to a red-hot date with a Megan Fox / Selena Gomez / Oliva Munn  / Mila Kunis looking chick, you’ll have stamina for hours and hours and hours to the point where you may want to tarp off the ceiling of your car.

I’m still on the “Energy” portion of the workout, which is a 21 minute
athletic coup d’état on your body. By the halfway point you’re stunned
by how much you’re sweating and how much you’ve sworn at DDP Yoga as you
drive to get your leg just a little higher in the air, or finally, for
real, attempt and succeed at your first real man push up…ever.

It also seems the “Energy” portion of the workout focuses on balance quite a lot – and I’m bad at that. getting me in a true runners lunge where I’m only on the heel of my back foot is an incredible disaster every time I try. A lot of the upper body stuff like push ups or holding yourself a few inches off the ground via your upper body is so hard it’s embarrassing. Also toss in the fact that anything that requires me to bend or stretch my foot via my ankle is a pain as I have absolutely zero flexibility there, but I’m working on it.

Regardless of the pitfalls of a given workout, it does get a little easier every time as long as I stick with it. If I skip two days then come back it’s a little harder. A day on / day off cycle seems to work the best, as you get the full day of “WOW I FEEL AWESOME” results.

But here’s the strange thing – I’m not quite sold on myself yet. I feel wonderful, I stand up straighter, I’m eating mostly better, I make eye contact with hot women and don’t feel like Ducky in from “Pretty in Pink”, and the reaction has been pretty incredible. In fact I’m grabbing a hold of the shirt I’m wearing right now and the amount of fabric I can pull away from my body is insane.

But in my head I still have a chip on my shoulder, like all the people saying nice things to me are just doing it to be nice, and all the good things I’m feeling / noticing / experiencing are also all in my head because that’s how I’m supposed to feel. I know beyond a shadow of a doubt this isn’t true, but from my eyes looking outward, I’m still waiting for the other shoe to drop. Some kind of bad news or dark cloud or “Oh well yeah Yoga may be good but did you know it’s actually bad for penis length” or some other kind of crap that tends to happen when stumbling upon something that appears to be too good to be true.

Things like “my clothes are always baggy, my pants are always loose, so maybe I’m just noticing things that aren’t there because I want to notice them” run through my head – as if I’m looking for excuses to NOT believe the very obvious results everyone is seeing. I’ll cheat on the proverbial diet, get a bag of chips, and find myself instantly depressed until I realize I can just make an extra 20 minutes in my day tomorrow and the next day and get back up on the horse.

When they say 90 percent of the game is half mental, they mean it. For all intents and purposes I am a far healthier person now than I was a month ago, and the results were so damn quick and apparent that my mind hasn’t caught up yet. After 20 years of being fully aware of my fat-load-ness and four weeks or working to change it, and seeing how much better I feel and look and it simply doesn’t quite compute.

And I guess the way to make it compute is to keep fuckin’ that chicken, as they say. More veggies, less fast food, more yoga, more confidence, pushing myself to reach higher and stretch longer,and spreading the word because I simply cannot get over it.

But this isn’t a diet. I even have a hard time calling it a workout because it comes so naturally and the benefits are so immediate I’m half wondering if they slipped crack cocaine into the heart monitor. As time goes on I imagine the INSANE results will start to die down and it will be replaced by marginal gains over time, which is fine. The point is that of all the things I’ve tried, this is the one thing that’s taken in a way I never expected. I’ve also deliberately avoided weighing myself since I started – I was hovering at 301 pounds without shoes or pants, and I’ll have a new number for you this time next month.

There’s also the diet element that I’m actually enjoying quite a lot. Carrots, Steamed broccoli, mixed veggies, a little hot sauce, and Almond milk have become my go-to non-special occasion snacks. At first you may find them a little meh, but after a bit – and I’m not just saying this – you’ll find yourself looking forward to eating vegatables as a snack. And again, I’m not perfect. I still get Ice Coffee (with sugar) on my way to work, but go with skim milk. If I absolutely NEED that fried chippy goodness, I’ll get Pop Chips, where you can down an entire bag and only be out 300-400 calories depending on the falvor.

Some of this stuff is more expensive than others, sure, but you’d be surprised how much longer a bag of baby carrots with a little A1 on them goes compared to a 99 cent bag of Sour Cream & Onion Chips or a bag of M&Ms.

But for now, try some fucking yoga: