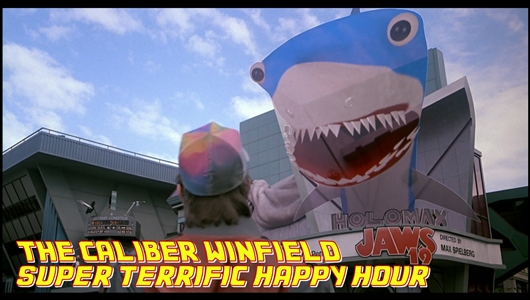 This week I talk about my favorite wrestling video games from the
classic systems, super-hero throw down, and we look at some Botchamania.

This game was pretty basic, but that’s what made it great. You had your
suplexes, bodyslams, head-butts, splashes and out of the ring brawling.
It was so much fun, I’d still spend hours playing it back in the year
1999, and I had shit like WCW vs. nWo – Revenge to play, so that should
tell you. You had the bomb cast: The Amazon, a Missing Link-like
creature who’d rock shit and eat the brains of people; Starman, who was
your white-bread hero; Fighter Hayabusa, he was the evil foreigner and
probably a Commie, so it’s best he got a real American smashing; King
Korn Karn, your awesome stereotype. He wanna wrest-o, preeze; Giant
Panther, I believe he was to be the Ric Flair clone, which doesn’t
really work, because I believe a Panther is capable of saving one
dollar; King Slender fought for truth, justice, and uh, being thin;
Great Puma is the World Champ, and, as expected, he’ll punch your face
so hard it’ll gut you. Dig it.

I use to play this game so much I had to wear band-aids on my thumbs because of the huge fucking blisters I’d get. At this point in my life, with the exception of Mortal Kombat II, there was no better way to spend my time. You had an awesome roster, theme music, special moves, uber-secret moves, and a ton of match styles: tag teams, tornado tag teams, Royal Rumbles. Guys would do run-ins, you could go out of the ring and use weapons such as a chair and a bucket. You could whoop the shit out of a guy so bad the fucking ref would quit. Man, I could go on and on about this for days.
Royal Rumble was basically the same. You just had a different roster and no uber-hidden moves. Also, when you won the tournament mode, The Fink would come into the ring and hand you the belt. Sure, it’s a small difference, but shit like that made a big deal to me. It was also the first to introduce the Royal Rumble battle mode, which rocked the fucking house.

If you were a wrestling fan who played video games, then this should come as no shock. There will NEVER be a better wrestling game. This gave you everything you could ever want. You could create your own style of wrestler, or create one who wasn’t in the game. You could brawl outside, send people into the back, put motherfuckers through tables, jump off ladders. You had a million types of matches: first blood, ladder, 2 out of 3 falls, tornado, Royal Rumble, steel cage… it was endless. You had incredible entrances, incredible gameplay, it was stunning. You could wrestle and put the title on the line. You could execute double-team moves such as the 3D. You had tournament mode, which had a ton of different paths. A store to buy things. Fuck, it was endless. The Smackdown titles would come out around the same time, and they sucked. You could throw someone off the top of a Hell in a Cell, and they’d pop up like I farted on them or something. So the only way I could release my pent up rage was to piledrive a guy onto his own groin. Don’t ask how that works, it just did.

In the end, No Mercy was the pinnacle, and the swan song. It’s the one that every wrestling game will forever be compared to, and with good reason. It wasn’t just the control scheme that made the game great, it was the pacing, movements, and seamless relation to what we saw in the ring. It did what any good content provider does: it saw what we liked, and gave us as much as they possibly could, so that today No Mercy is just as, if not more popular than it was during its initial release. 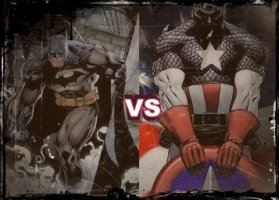 This week’s VS: The Cap vs The Bat
Environment can play to someone’s strengths, and since Captain America is on the super-juice, this battle takes place in Gotham. That being said, I think Batman would take this one. It wouldn’t be a land-slide, that’s for damn sure. It’d be one of those deals where Batman is about to lose, but he does the Johnny Cage splits-ball-punch. How say you?

This Week’s Video:
Maffew gave me my new catchphrase, “GO CALIBER GO!”, so I thought we’d have a look at what is not only the best moment in Botchamania’s history, but one of the greatest youtube videos ever.

Mailbag:
“Hey Cal, i know Scott has a backlog of email so i thought i’d use your articles to cut ahead in line. My question is, what was the first PPV you ever ordered? Mine was WMX which was something i got for my 10th birthday and made me a god at school”

Oh, is that all I am to you guys? Something you can use? Look, I’m awesome, yes, but I do have feelings.
My first PPV was Survivor Series 1995. I started watching wrestling in May of 1995, and watched every WWE PPV from June till November scrambled. Yeah, I RAN home, literally RAN home so I didn’t miss SummerSlam 1995. I had to see Bret take on Issac, and see how Big D would handle King Mable, and I watched it scrambled. So, I eventually begged and pleaded with my parents and we got SS95, I was so excited I could hardly sleep the night before. I recorded it and watched it again right after it was over. At school the next day I knew the score, and everyone else was a sucker.

Thanks as always to my editor, Steven Ferrari. Him and I met during an Arm Wrestling Championship that was being held in Las Vegas. I was drinking motor-oil, and he was there trying to win a truck, money, and the love of his son. He just needed to go over the top.

Str8 Gangster, No Chaser
– I pay tribute to the burliest of the burly from the 8-bit era, talk about people who shouldn’t use the internet [all of them], Saved By The Bell
Archives, Comic Book Films You Didn’t Know Were Comic Book Films, plenty
of other goods.
WCW In 2000 – Updating every week, and recently reviewed the very first Nitro for the anniversary of Nitro being off the air.
Man Movie Encyclopedia Vol.1
– My book about action films. Endorsed by Scott Keith & Maddox, as
well as some fellow BOD’ers. Constant 5 star reviews on amazon. I mean, CONSTANT. Non-stop. Around the clock, baby.
Board for the BoD’ers – Some hip cats doing some hip things.

Any requests, any questions you have for the mailbag,
send’em to CaliberW@hotmail.com.