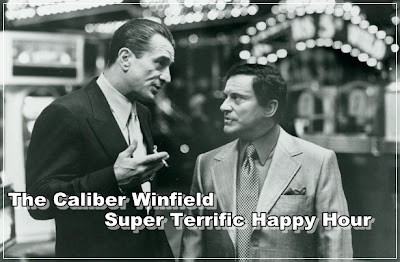 This week I review WrestleMania 24, throw a question out for discussion, and once again find something from wrestling’s past that I had absolutely no idea existed.

Also, I want to apologize for the way the article looks. Blogger is an absolute piece of crap, and will completely change font-size, font-style, and word & image placement on a whim. You’ll save your article, it’ll look like you want it, but when published it looks like something completely different. That’s what’s going on here.

When I started on my WM reviews, I wanted to give some love to 25, then review my Top 2 favorites; 26 & 24. However, after reviewing 26 a week or so ago I realized it may very well be my favorite. I haven’t seen 24 in years, so let’s see if it’s still as groovy as I remember it. Suspense this good is why you come to the Caliber man.

The setting is absolutely gorgeous with the tropical colors and open arena.
Everything you expect to deliver does so and then some. The opening match keeps
great company as one of the best WM openers of all time. The dreck, as in the
traditional divas and celebrity match are thankfully kept short. The main event
matches deliver with the best of them, with 2 earning 5 stars from me. Ric and
Shawn created WM history, while Edge and Taker had a match for the ages.
Amongst these incredible bouts are solid 4 star matches in the MiTB and WWE
championship. One of the greatest PPVs of all time that unfortunately doesn’t
get it’s due. 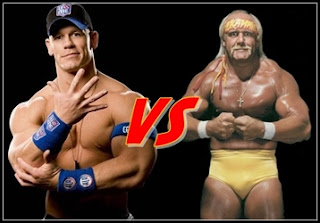 Alright, here it is. With the money Scott pays me I was able to purchase a machine that brings different Worlds, Universes, and all that good business together. So, I’ve brought together the years 1987 and 2013. For WrestleMania, it’s John Cena vs Hulk Hogan. Now, the question of course is who wins, but I’m asking for both levels.
Kayfabe Level: I gotta go with John Cena. I think he’s proven to have the edge that Hogan didn’t. I don’t see Cena losing to Warrior if they fought at WM6.. How say you?
Backstage Level: I’m going with Hogan. Cena doesn’t play politics what so ever.

So there I am, watching the Cornette YouShoot: Lost Questions, and this comes up. I’ve been a wrestling fan for almost 20 years. I truly thought I’d seen the worst of the worst, yet something new always creeps up. How has this been off my radar? This is the absolute worst thing in the entire fucking World. I had to knife fight a gorilla afterwards just to deal with my disbelief. And I’m talking old school knife fight, like in the Beat It video. Rad stuff. Anyway, have you guys seen this? Sweet fancy Moses.

Weekly Recko:Well, this week I can’t call it a recko because I haven’t seen either, but The Top 100 Raw Moments & Best of Raw/Smackdown 2012 are on netflix now. So there you go. For those with HuluPlus, check out Bigger.Stronger.Faster. It’s the greatest documentary of all time, that is deeply entertaining as well as insightful and eye-opening. It’s all about steroids and America’s fascination with body image. Fantastic stuff.

No mailbag this week. Any questions you got, any displeasure with Caliber you’d like to express, do send it to CaliberW@hotmail.com


Str8 Gangster, No Chaser
– People Shouldn’t Use The Internet, 4 of the Worst Instances of TV Censorship, Saved By The Bell
Archives, Comic Book Films You Didn’t Know Were Comic Book Films, plenty
of other goods.
WCW In 2000 – Recently updated with a brand new Nitro, and something coming up for the anniversary of Nitro going off the air.
Man Movie Encyclopedia Vol.1
– My book about action films. Endorsed by Scott Keith & Maddox, as
well as some fellow BOD’ers. Constant 5 star reviews on amazon. I mean, CONSTANT. Non-stop. Around the clock, baby.
Board for the BoD’ers – Some hip cats doing some hip things.


Thanks to my editor Steven Ferrari. I actually met him at the 1990 Survivor Series. There was an egg that had been around all day, and people were wondering what came out of it. People think it was the Gooker, but nope, it was Steven.

I’ve disabled Disqus. It kept causing script problems and f’ning with my firefox. So, any requests, any questions you have for the mailbag, send’em to CaliberW@hotmail.com.

Now I’m Caliber, and I write for the Doom/
Call me Flair, could write a great piece about a broom/
I’m the quarter back, and the team, call a one man huddle/
And I get more chicks than Fuj with the Wrestlerock Rumble/