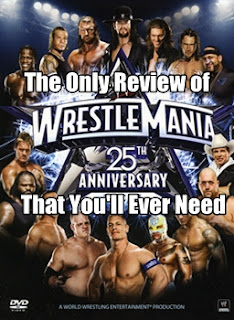 With
WrestleMania coming up, I thought I’d take a look back at my favorites. We’re
starting with what I believe to be the most under-rated of them all:
WrestleMania 25. A misidentified anniversary, a Kid Rock performance and a
lackluster main event later, and this WM is completely forgotten about, with
the exception of one match. Then, when that match is brought up, it’s usually
followed with “but the rest sucked”. I’m here to state that it simply isn’t
true. Not only is WM25 far from terrible, it just so happens to be one of the
greatest WM’s ever.

CM Punk vs. Kofi Kingston vs. MVP vs. Shelton Benjamin vs. Kane
vs. Mark Henry vs. Finlay vs. Christian – Money In The Bank
I can only hope that Kofi earned himself a job for life with his
performance here. He’s an absolute athletic marvel that really went all-out to
give us multiple replays. Everyone else was bringing their A-game as well, and
as a result gave us what I believe to be the best MiTB match ever. It wasn’t
just a ton of long, contrived spots. It was as hard-hitting and competitive a
match as you will likely to see. Fantastic stuff.
Punk grabs the briefcase at 14:24 | ****1/2
25 Diva
Ms. Wrestlemania Battle Royal
Yeah, this is the big blemish that most people talk about when
mentioning WM 25. We got the super extended Kid Rock concert that was a cool 10
years too late, and then a ton of returning Divas who weren’t even given an
entrance. Sure, it would have taken a lot of time to introduce 25 people, so
make the battle royal out of 10, and give some of the women who’ve actually
made good in this business a moment to shine. It’s not asking too much. At
least the Kid Rock concert isn’t on the DVD.
“Santina” wins at 3:23 | DUD
Chris
Jericho vs. Roddy Piper, Jimmy Snuka, & Ricky Steamboat
Man alive. Piper is seriously lost out there looking like he
hasn’t the slightest idea of how to wrestle. Steamboat is as great here as
Piper is bad. Snuka gives us the first-ever golf-clap tap-out. It seriously
looks like he’s working 10-key, not tapping out. Thankfully, Piper is out soon
after, and we get to the real meat of the match as Jericho and Steamboat
absolutely tear the roof off the place. Sure, Ricky isn’t as smooth as he once
was, but the roughness around the edges doesn’t affect this one bit. It’s great
stuff. Mickey Rourke shows up and lays out Chris. Just think, it could have
been Nic Cage.
Jericho hits Steamboat with the Code Breaker, getting the pin at
9:52 | *** 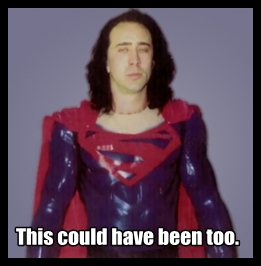