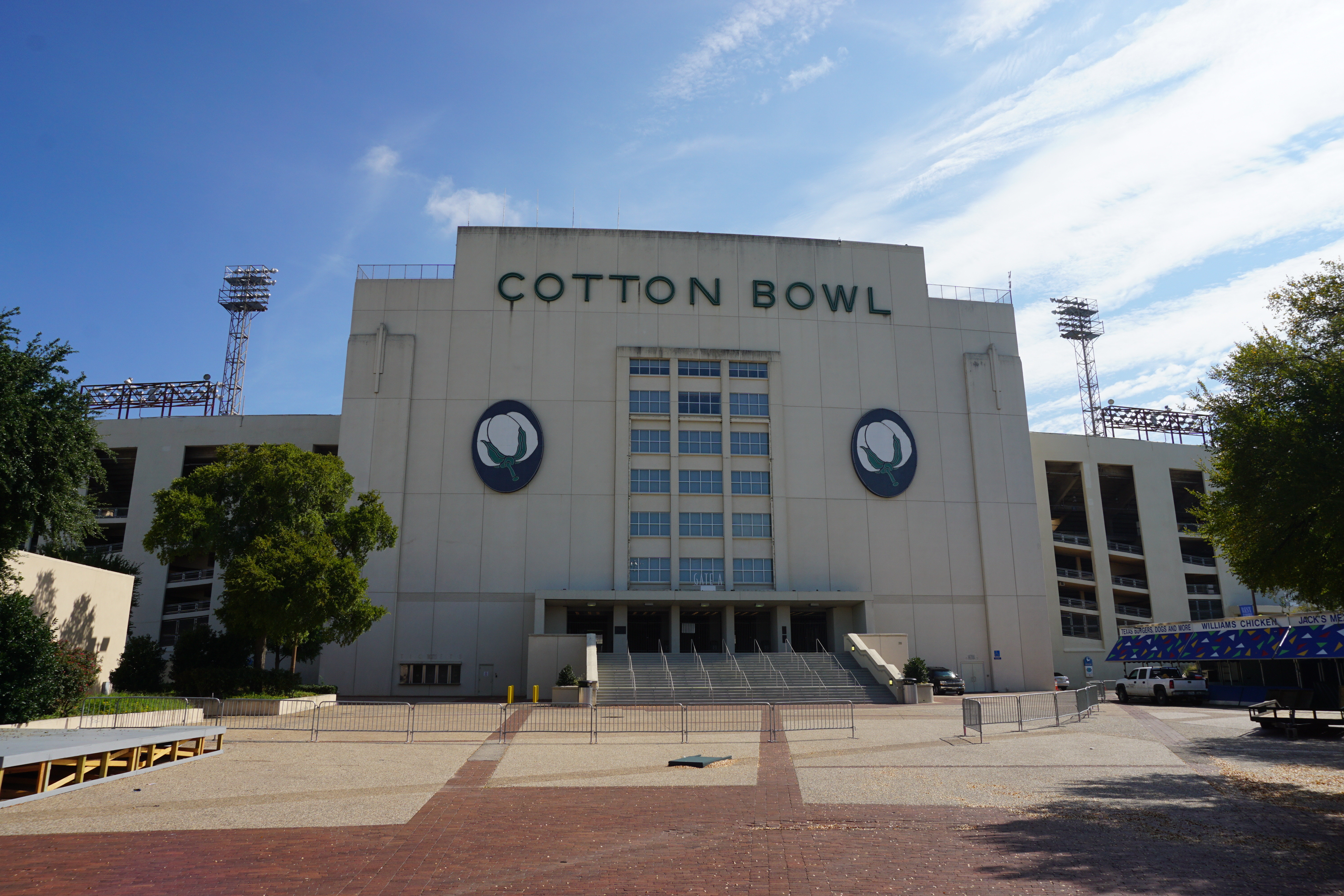 We head to the Cotton Bowl for a beautiful outdoor show. In this episode, you’ll see Casey versus Brooks, the Fantastics versus Tatum and Peterson, and Kabuki versus Lewin. Grab some delicious fixin’s and enjoy!

COTTON BOWL NOTE: Unlike the hot and humid weather during the Parade of Champions in May, the weather for this show was in the mid-70s and sunny. What a great day to get a haircut.

Summary: The combination of Hart’s interference and Brooks’ shoulder breaker proved to be enough for Casey. Hopefully, that’s not all he got paid to do today.

Summary: With the Fantastics’ possession of the Dallas faithful’s hearts and Tatum’s heel mannerisms, the match flowed well with plenty of psychology, high-flying, and the tag formula. Peterson will have his day in the sun, so to speak, but not today.

After the match, Hyatt reads Peterson the riot act. Suddenly, Sunshine storms the ring, but Tatum intercepts her before she can get to Hyatt. In fact, he boots her from the ring. Heinous! Referee Rick Hazzard grabs Sunshine to prevent any further shenanigans, gets decked, but perseveres.

Summary: There HAD to be a reason to put this match on the card, no?

Afterward, Kabuki chases Hart into the ring and attacks him. Lewin returns to save Hart’s bacon and bombard Kabuki with strikes. Hart and Lewin double-clothesline Kabuki, and Hart spills Hazzard down to the turf. As Hart wipes the face paint off Kabuki, Casey returns to rescue Kabuki.

Casey chases off Hart and Lewin, and Kabuki ensures they retreat to the locker room. Upon his return, Kabuki deals Casey a thrust kick and pummels him. WE HAVE A HEEL TURN! Kabuki shoves aside both Lubich and Hazzard before manhandling Sunshine.

Before Kabuki exits the ring, he delivers a thrust kick to Pulley sending him down to the turf. Casey tries to chase after him but gets restrained. Instead, he grabs the microphone and yells at Kabuki believing he was Casey’s “friend.” I guess Casey learned two lessons today.

Interestingly, five minutes were removed from this telecast. I wonder if Mike Von Erich’s appearance was removed due to music rights. That would be a crying shame if valid.

Conclusion: Great start to the show with a strong tag match and a heel turn. This is top-notch WCCW post-Freebirds, so get as much of this as you can.

Next week, “Iceman” King Parsons tangles with One Man Gang in a taped fist match.