Summary: Notwithstanding Fargo’s bias, Hennig worked Lawler’s match and put him over. Methinks the blood angle might rear its ugly head again in the not-too-distant future.

After the match, the Memphis faithful goes APESHIT! Wrestlers pour into the ring and hoist Lawler atop their shoulders. Great moment for Lawler, but how does it affect the AWA? 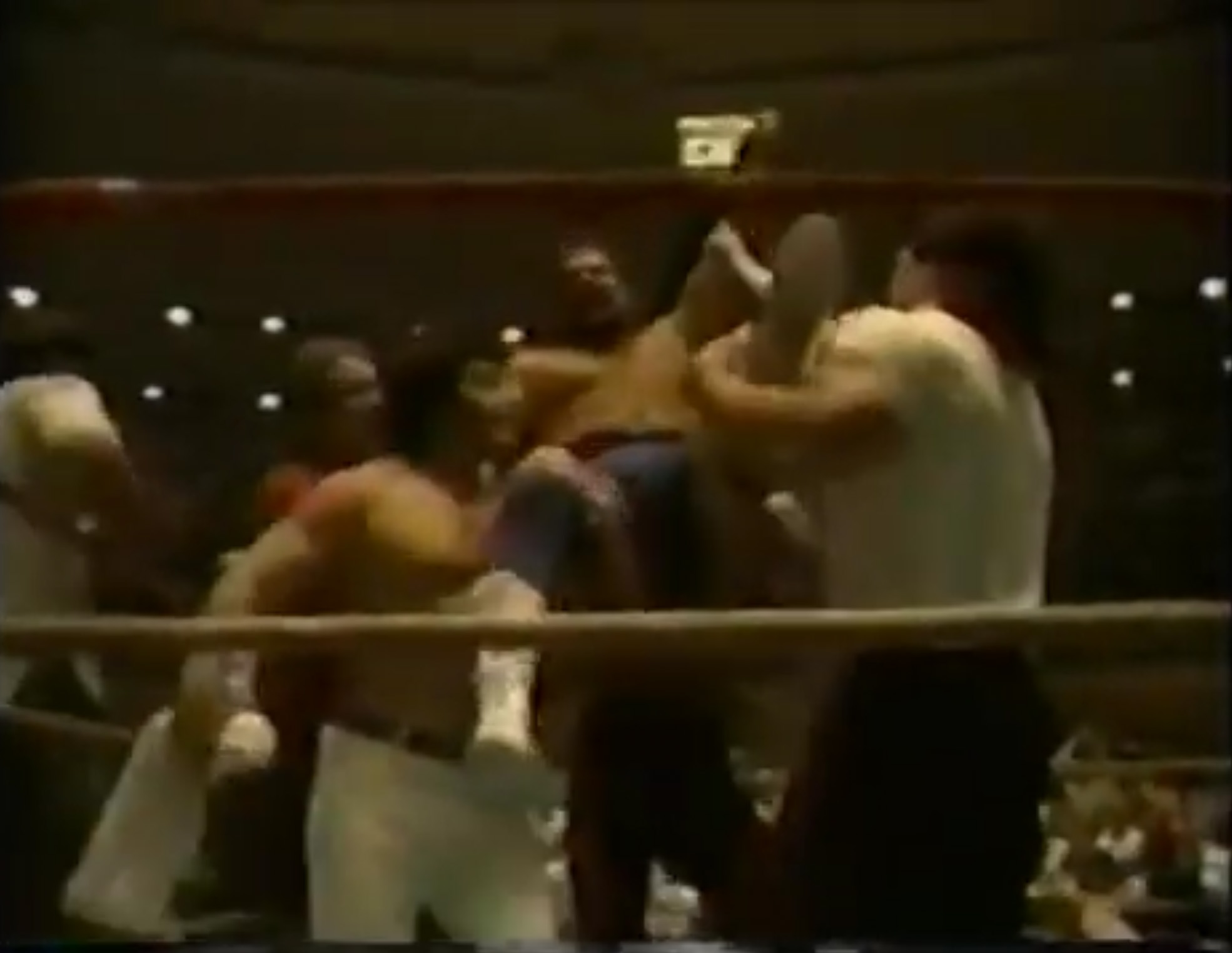 Conclusion: Along with the Midnight Rockers, Hennig also trekked to the WWF. He would get a few rematches against Lawler but ultimately came up short on his last chance on July 16. With the AWA World title firmly in the hands of Lawler, a Memphis stalwart, Verne Gagne had no one else to blame but himself for not having a foolproof backup plan.

PROGRAMMING NOTE: With SuperClash III on the horizon and WCCW involved, I need to return to WCCW to paint their picture prior to the show. While I realize I left off in 1985, be assured that SuperClash III will be redone in the very near future. Stay tuned!