How will Kerry clash with Adams? Will the Fantastics retain their titles against Cornette’s men? And just who is Hart’s “solution”? Also, who will join me for this investigative episode? 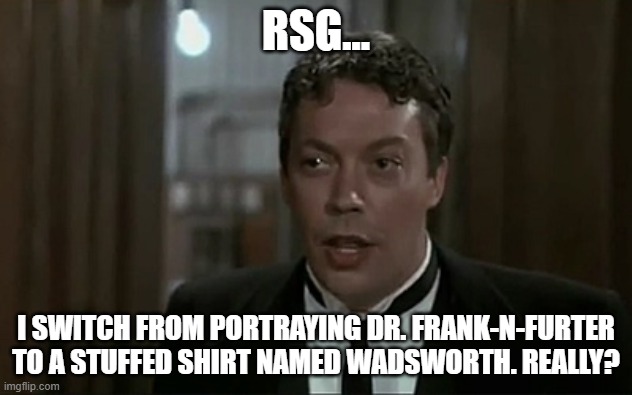 Yes, Wadsworth. Your role will be meaningful. Please relax.

Summary: Showcase match for Gang. Michaels would return to Mid-South before meeting some kid named Marty Jannetty in Central States.

Back in the locker room, Mercer interviews Cornette who provides a brief history on the genesis of the Midnight Express. His quest for his team is the American tag titles while taking down the Fantastics. 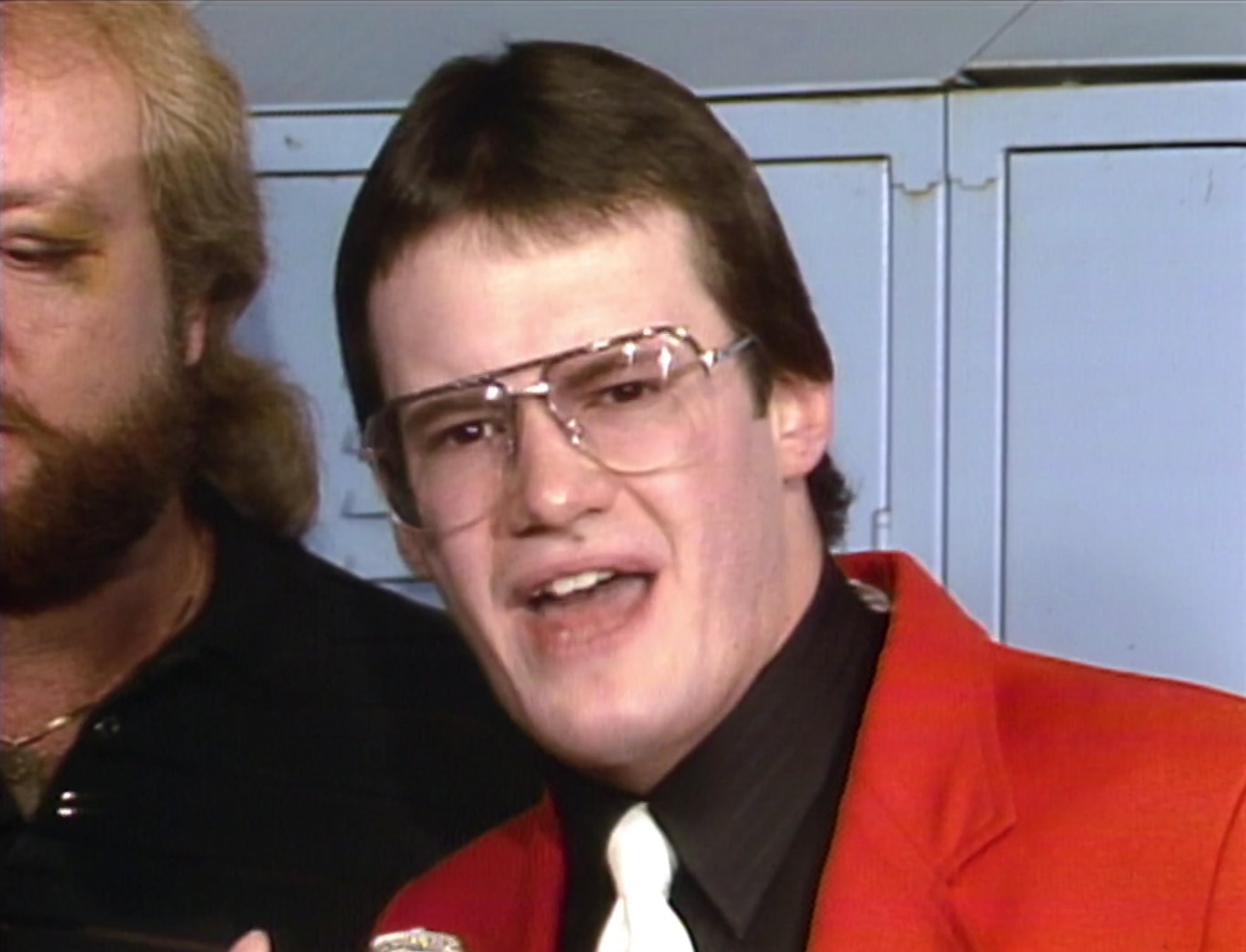 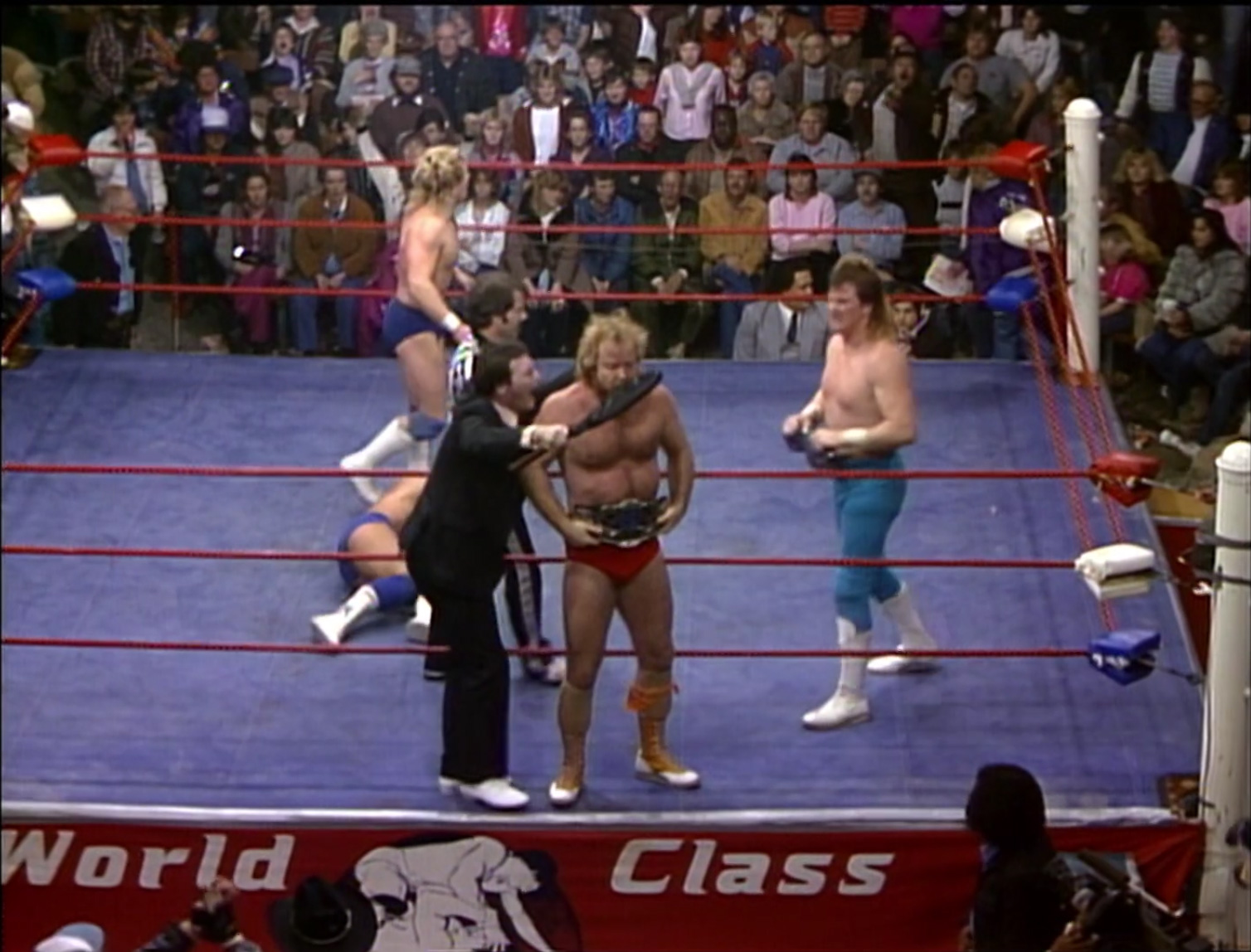 Following a commercial break, Mercer interviews Hart who complains about Adams’ being “stepped over” for a World title shot. He then has a “solution” to this problem who will “appear very soon.” 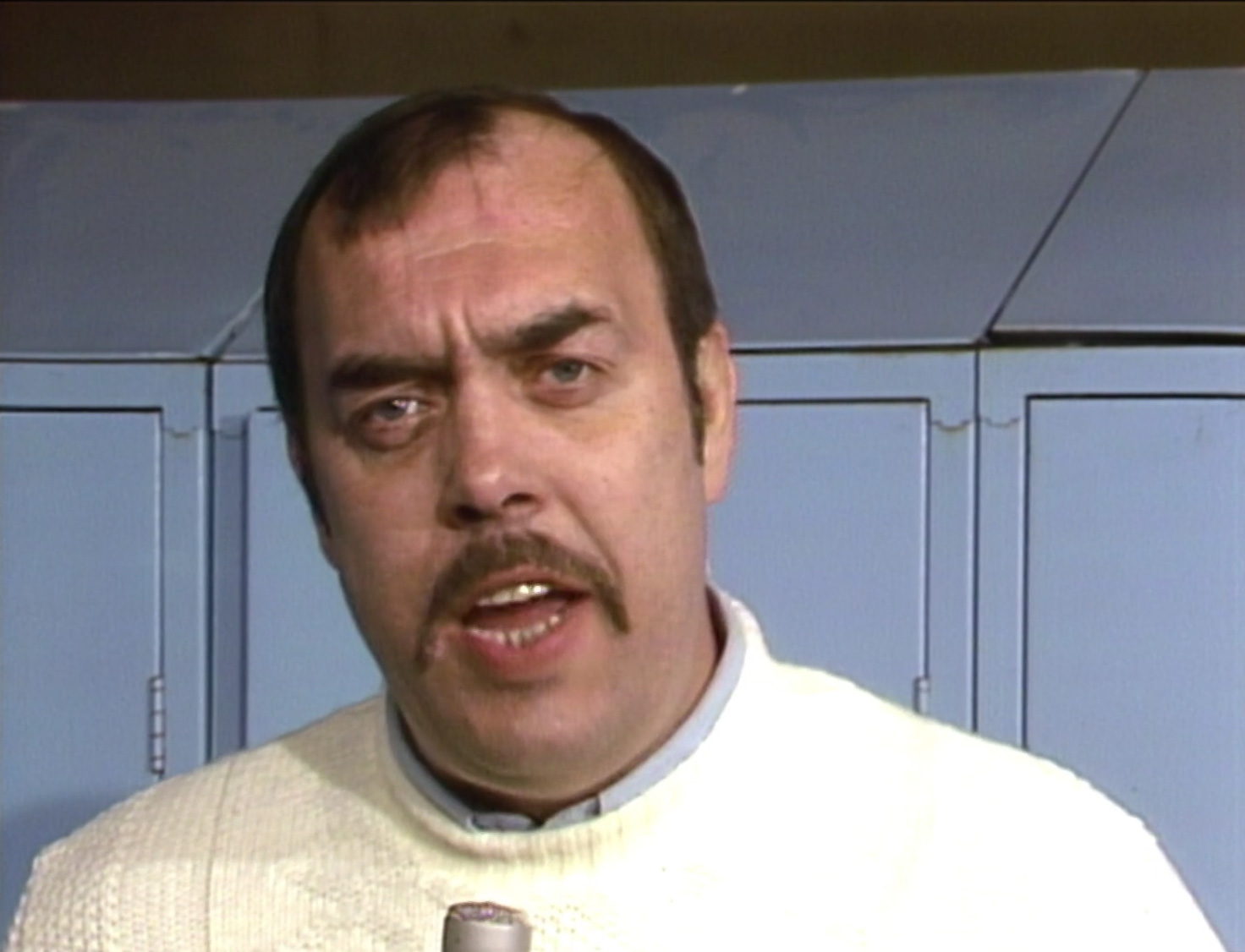 Summary: Kerry’s infamous backslide earns him another victory in a wild, raucous bout which the Dallas faithful ate up with a spoon.

After the match, Hart climbs into the ring and lowers Kerry’s arm. Kerry belts him and applies an Iron claw to Adams. Meanwhile, Hart waves toward the back, but who is he summoning?

Kerry simultaneously hooks an Iron claw to Hart, but Gang storms the ring to assist Hart. As Gang powerslams Kerry, Adams helps by holding Kerry’s legs. Gang then hits a 747, mounts the second turnbuckle, and delivers what I can presume to be a 767 SQUISHING Kerry into a pile of goo. 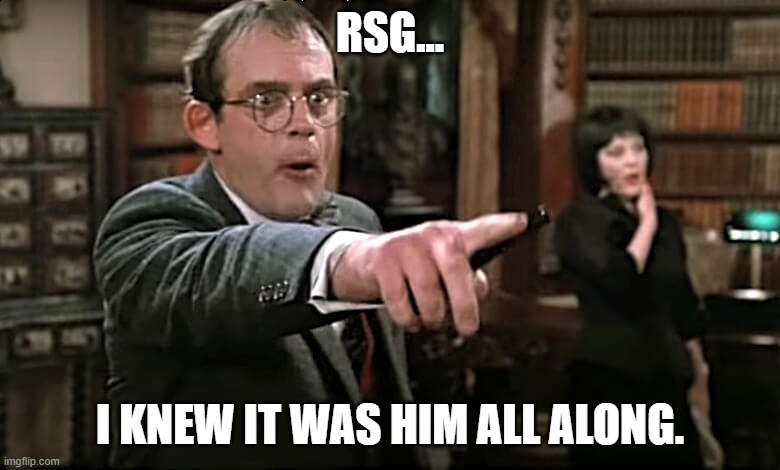 Conclusion: Extremely solid episode that not only had a title change but also told a great story. If there was any question how to react to Gang, his affiliation with Hart clarified it for us. Yvette, what are your thoughts about this tale of mystery? 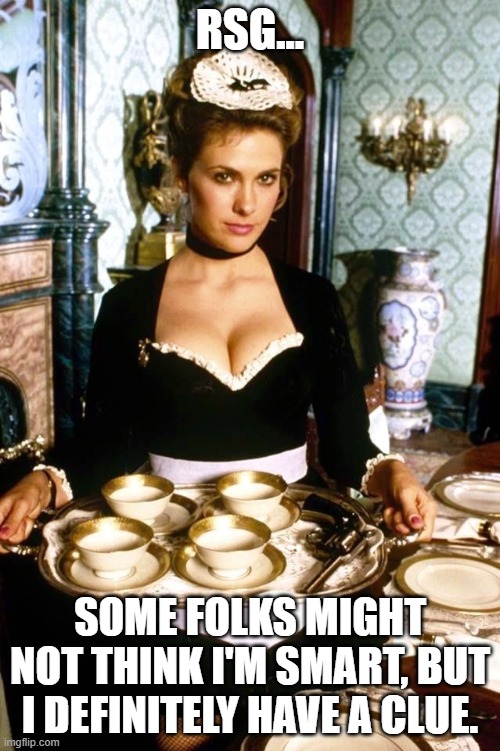 Most excellent! We always had faith in you.

Next week, Kevin teams with Billy Jack Haynes to square off against Gino Hernandez and Adams.

Comments? Suggestions? Send them to me at [email protected] and follow me on Twitter (@rockstargary202). Also, please check out all of my reflections at rockstargary.com including RAW is WAR from 1998.