Can Kerry avoid Gordy’s oriental spike and defeat him? Will Adams and David succeed against Devastation, Inc.? And who will join me to bring you this episode? 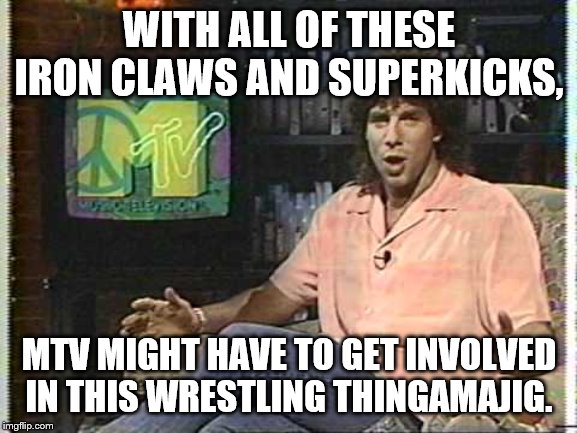 Mark Goodman! That’s not such a bad idea. 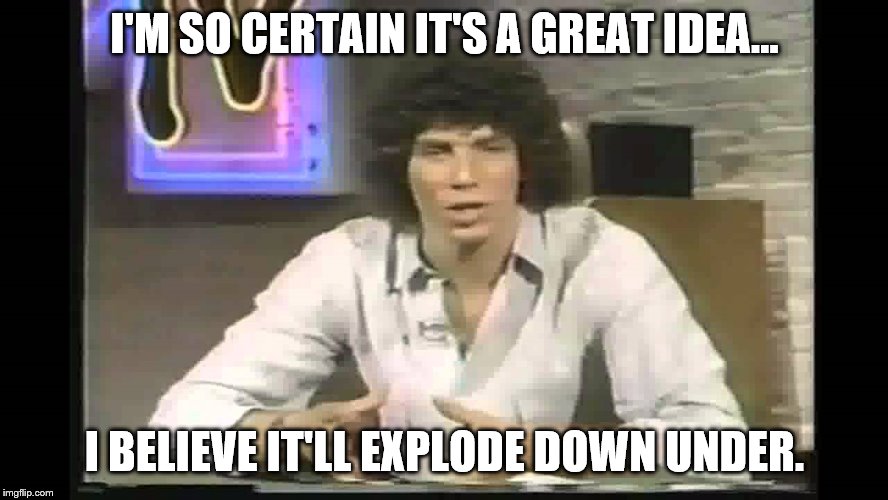 Summary: Despite the draw, Mantell brought some workrate while Roberts supplied the heat as well as some aerial tactics to make the match worthwhile.

After the match, like a good heel should, Roberts reapplies his wig.

Although Mercer hyped a video for Sunshine, the WWE Network removed it probably due to the involvement of Donna Summer.

Summary: Strong tag match that followed the formula, contained some aerial tactics, and had the Dallas faithful in a tizzy.

Following a commercial break, Mercer interviews Akbar in the locker room. Akbar’s ready to depoly Kamala against the babyfaces and “ban the claw.” To end the interview, a ham’n’egger complains about a camera being present while he’s taking a shower. Who is that guy? 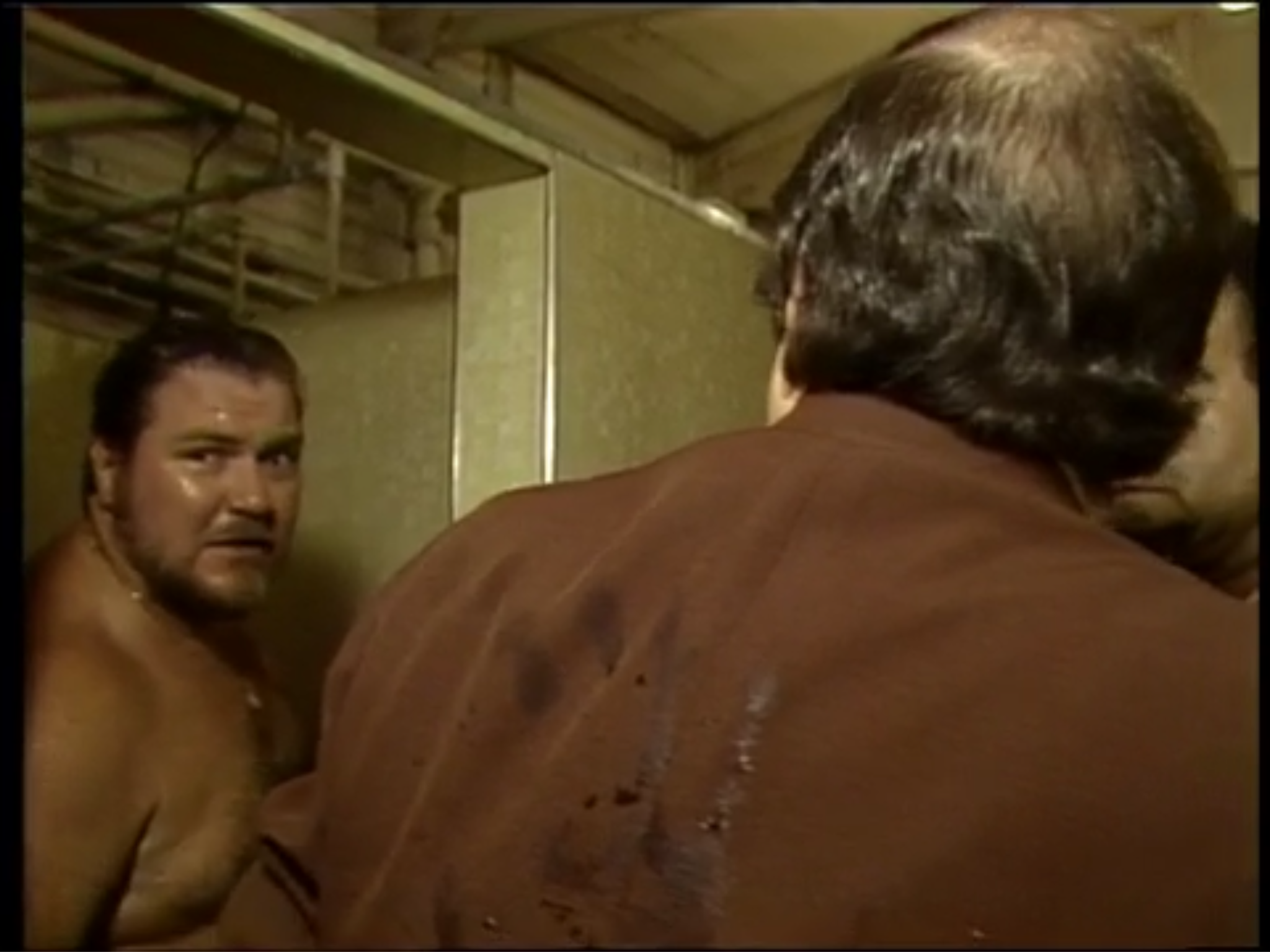 Summary: More of a brawl than a wrestling match, and David saved Kerry’s bacon from an oriental spike.

After the match, David hooks an Iron claw upon Gordy, but Gordy squirms out of the ring to escape.

INTERESTING ITEM OF NOTE: During the credits, Mike Von Erich was listed as a grip.

Conclusion: Much improved effort this week as compared to last due to the hot main event and two solid matches. What are your thoughts, Mark? 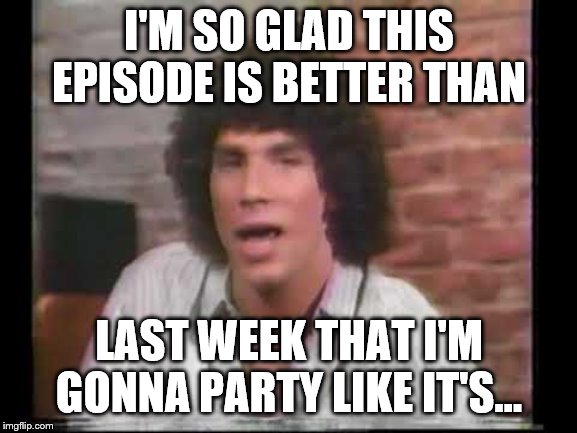 That’s quite a party! Thanks for joining me.