Can David earn more gold and get even more revenge against Kabuki? What additional stipulation has been added to the cage match for the World title? Will Checkmate get another victory over McGraw and Madril? Also, who will be my special guest host for tonight’s reflection? 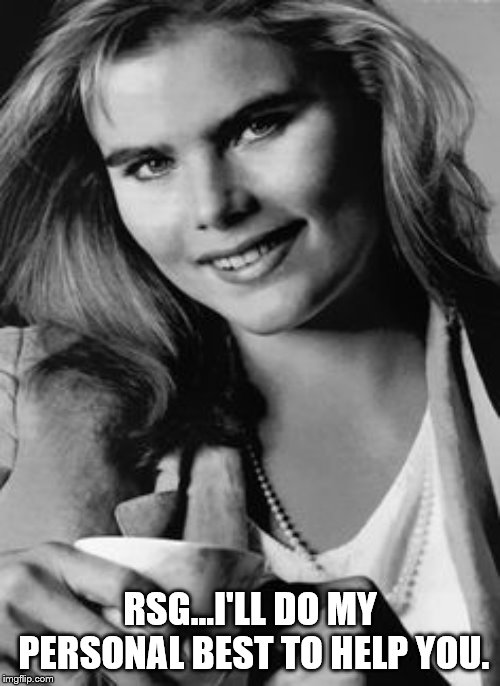 Thanks, Chris, but it won’t be as hard as Olympic tryouts.

To begin the show, we revisit the 11/27 episode when Dragon interfered in a match between Kabuki and David. Tonight, David can get his revenge!

Summary: Adias continues to pay his dues, and Brooks gets a much-needed win over the rookie.

After the match, referee Bronko Lubich comes to the ring to inform David Manning of Brooks’ shenanigans. Despite Brooks’ pleading, Manning reverses the decision. People complain of Dusty Rhodes’ liberal use of this booking strategy, but it’s happened a few times recently here in WCCW albeit to the delight of the Dallas faithful.

Following a commercial break, Gary Hart and Hussein cut a promo on David Von Erich. Next, David disputes Hussein’s claim of a choke hold and will put Kabuki to sleep. 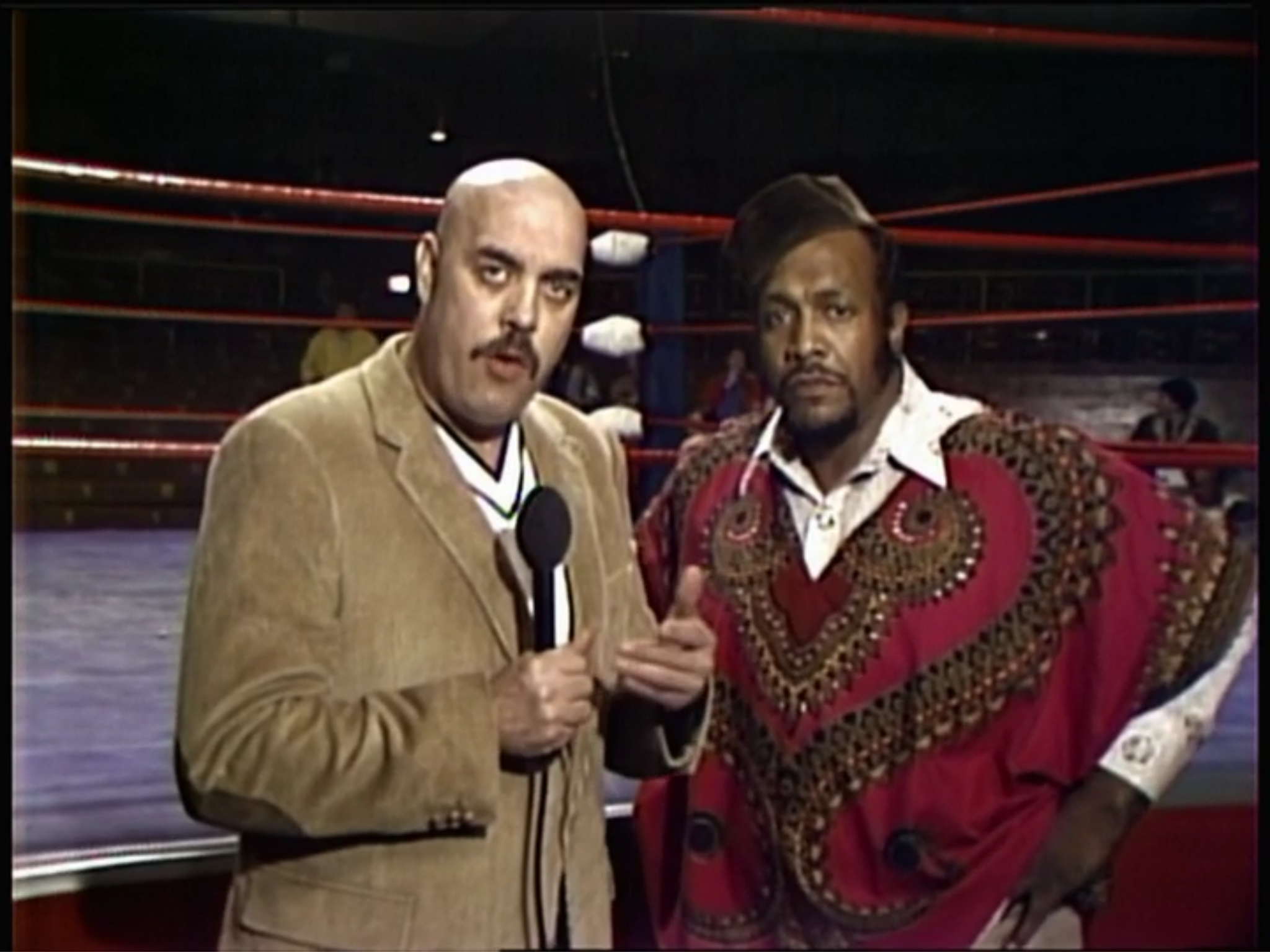 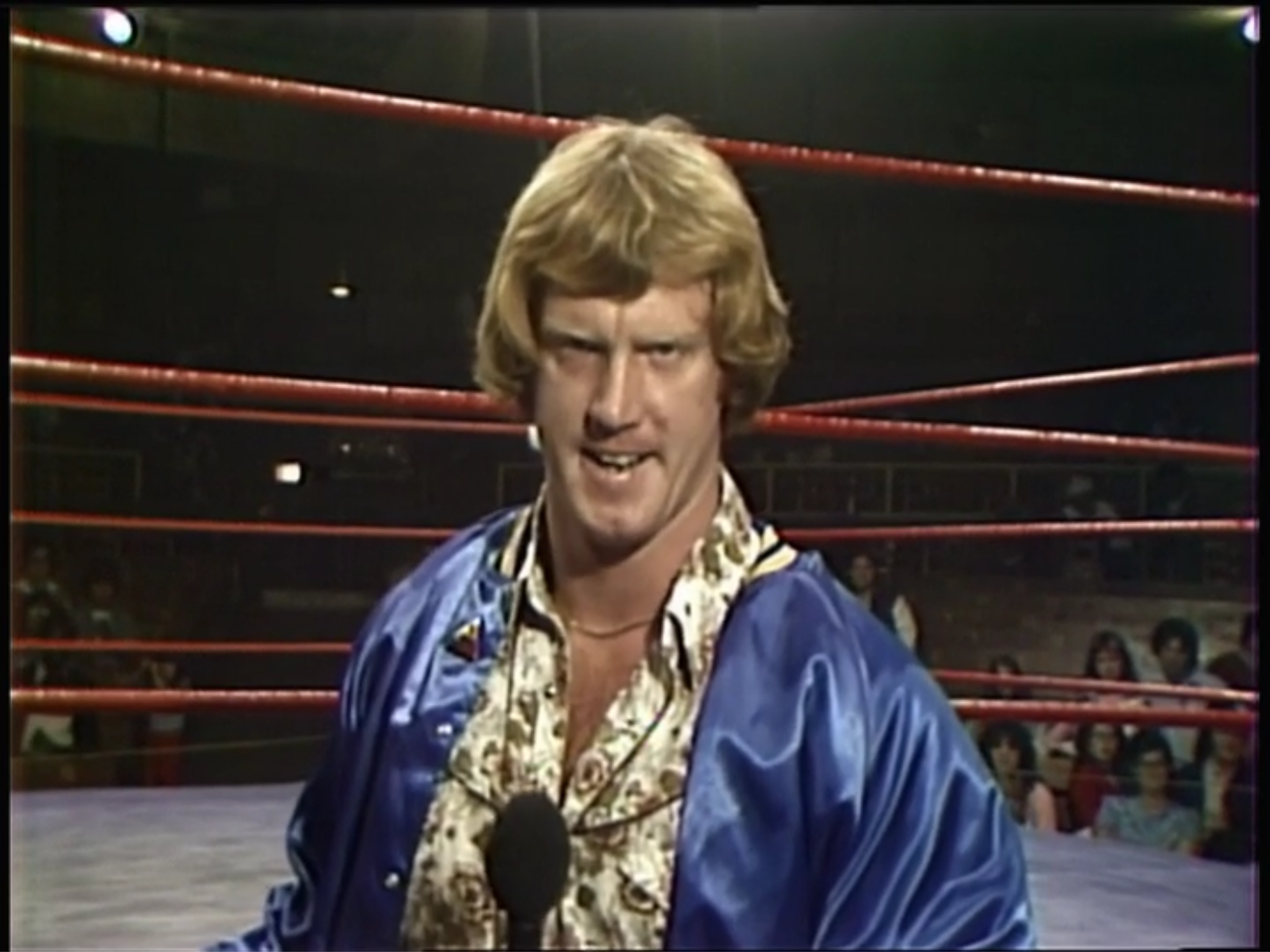 Prior to the next match, we revisit the 11/20 episode when Checkmate used chicanery to steal a win from McGraw and Madril.

Summary: Excellent use of the tag formula to rally the Dallas faithful. Also, keeping McGraw on the apron for an extended portion of the match caused the hot tag to generate a great pop. Solid work, gentlemen! 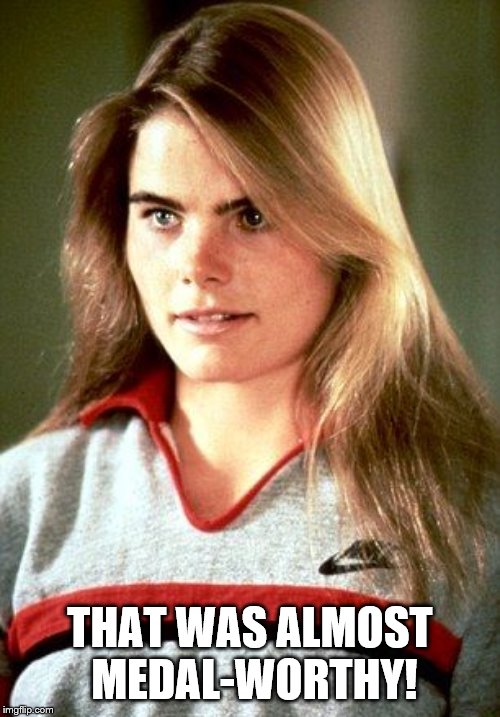 To hype the upcoming NWA World title match at Christmas Star Wars between Flair and Kerry, wrestlers offered their opinions as to who will win. First, King Kong Bundy believes Flair will win due to “experience and desire.” Second, Madril, wearing an Elvis t-shirt, informs Flair that Kerry “is more than ready.” Third, “Wild” Bill Irwin thinks that Kerry doesn’t “have enough explosion in him to beat (Flair).” Fourth, McGraw lets us know that “excitement is in the air.” Fifth, Checkmate, despite mentioning “craft and savvy of a World champion remain supreme” with regards to Flair, chooses Kerry to overcome the odds. 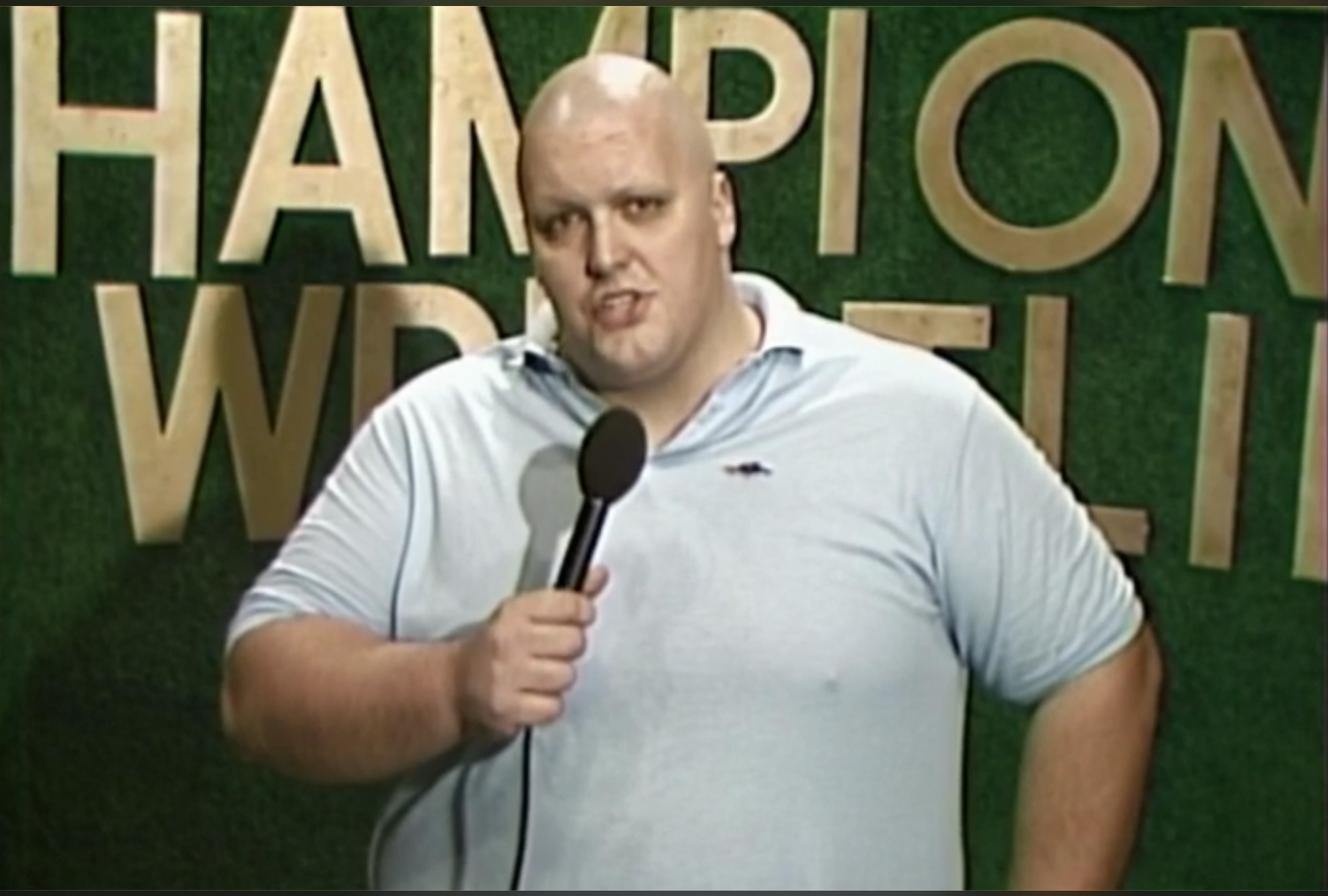 Following that, a replay of the terse argument from last week between Flair and Fritz is shown.

Summary: Hot main event with David getting some, but not all, type of revenge against Kabuki.

After the match, David tosses Kabuki to the floor., and Lubich restrains him from going after Kabuki. Hussein then receives assistance at ringside from Kabuki.

Conclusion: Surprisingly, the tag match is the highlight of the show. The road to Christmas Star Wars has been paved, and it awaits us next week! 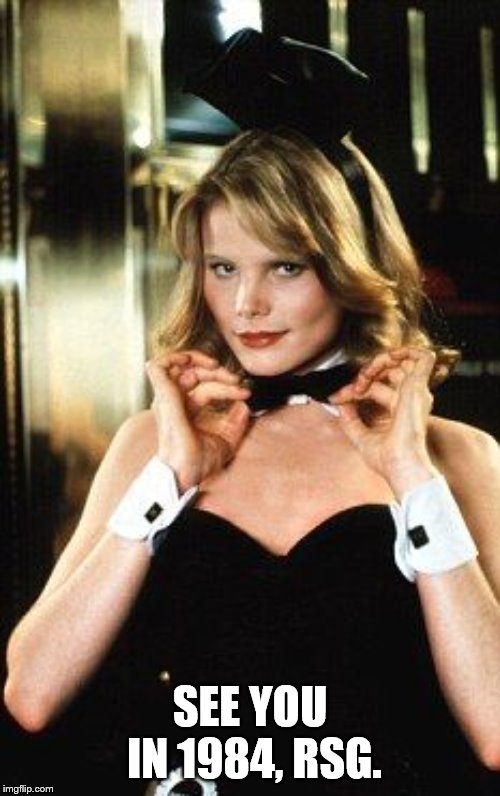 Can’t wait, Chris. Thanks for hanging out!