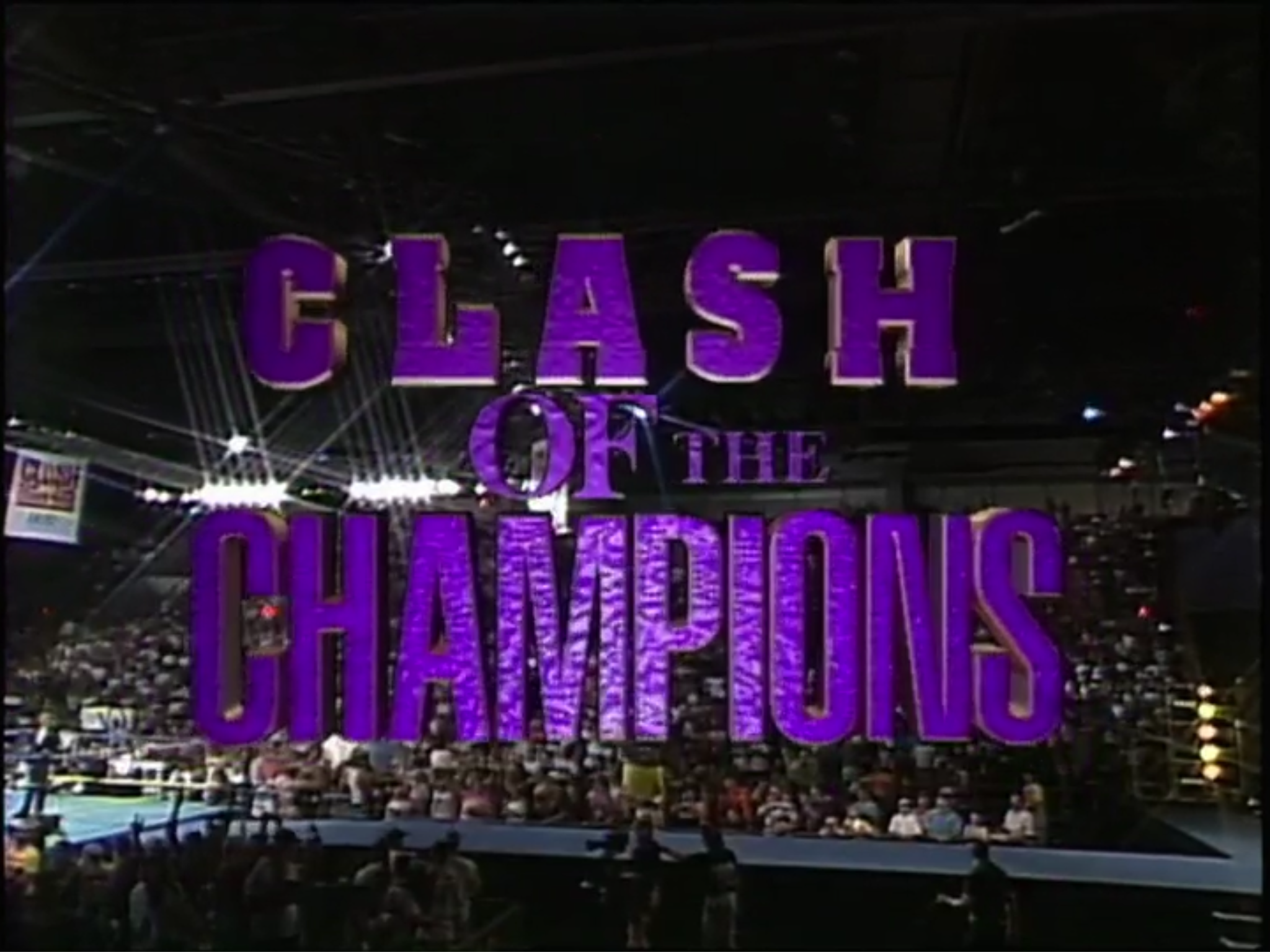 Can Flair regain the WCW World title? Will Hawk become World champion? What will be the result of the explosion of the Hollywood Blonds? Let’s find out!

Holy supershow debuts, Batman! “Mean” Gene Okerlund, who made his WCW debut this past weekend on WCW Saturday Night, opens the show, shills the WCW hotline, and makes a parachutist joke about Ventura. Wow! Both promotions take aim at Fan man, and he thought he got it rough from the spectators in Vegas. 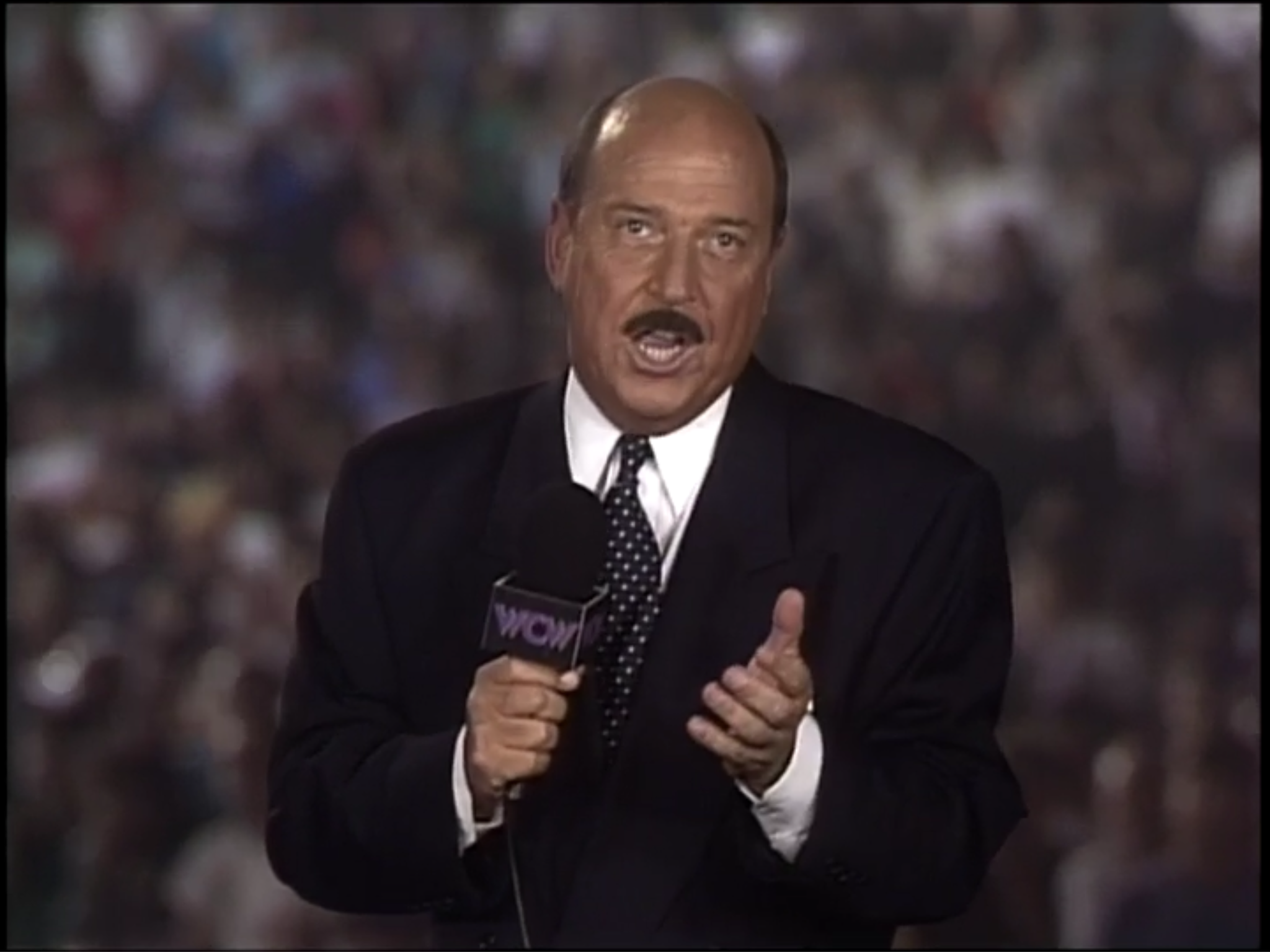 Match 2: The Shockmaster versus the Equalizer

Summary: Thank goodness it was short. This show is off to an inauspicious start.

Atop a podium, Okerlund interviews Colonel Parker who claims that he dropped Sid Vicious like a “hot potato” and picked up Austin. To explain Vicious’ absence, Parker took out a restraining order. Obviously, neither was Vicious in no condition to make a TV appearance nor was WCW willing to put him on TV pending disciplinary measures against him and Arn Anderson.

Summary: Despite Badd’s energy, there was a bit of a styles clash. I smell a long title reign for his Lordship.

Summary: Although the match had a cheap finish, it made sense due to Austin’s new association with Parker. Perhaps these two will confront one another at the PPV.

After the match, Pillman nails Austin sending him to the floor. Parker then hightails it immediately before Pillman could pluck him.

After the match, Orndorff clotheslines Dustin over the top rope to the floor. The Assassin then makes Dustin HIT THE POLE. To a raucous ovation, Dusty CLOBBERS the Assassin with a bionic elbow. He then tosses the Assassin into the ring and LEVELS him with more bionic elbows. When Dusty tries to remove the Assassin’s mask, Orndorff rescues his manager by hitting Dusty. The Assassin then grabs the US title belt and BLASTS Dusty with it. As Orndorff attempts to piledrive Dusty, Dustin hits a lariat to send the heels scurrying. 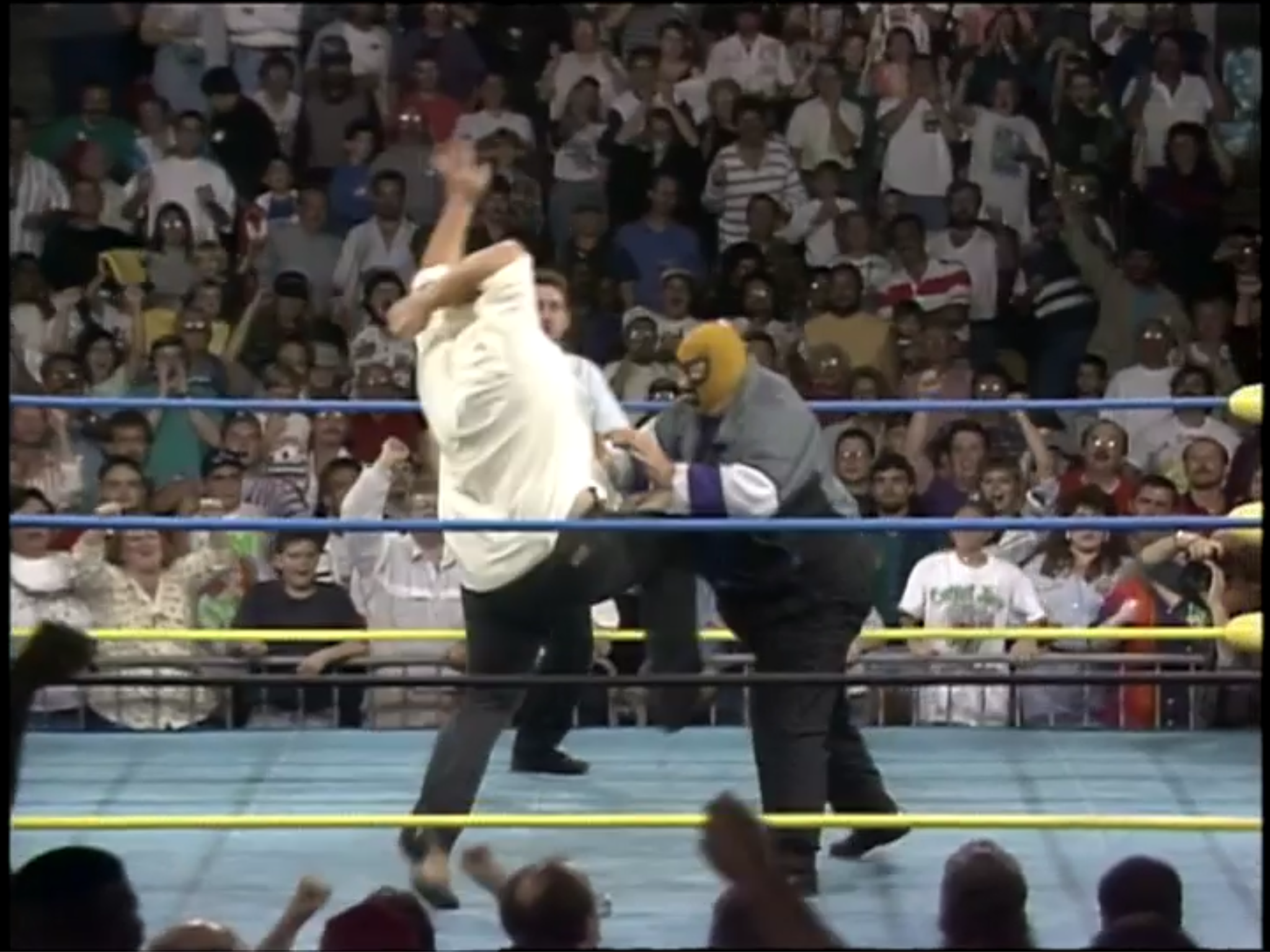 From the podium, Okerlund again shills the hotline and Starrcade ‘93.

Summary: Believable story as Sting and Smith would have steamrolled the Nasty Boys had Rude not injured Smith before the match. With that being said, Sting had a lot to overcome, so the finish made sense.

Backstage, Parker informs Flair that Austin will challenge the winner of the main event. Flair looks disinterested until Parker touches him. Oops. Flair then WALLOPS Parker, and WCW Security Director Doug Dellinger removes him from the area.

Summary: OK…why didn’t the title change hands here? A mostly-comped crowd on a free national cable broadcast would mean they gave away the title change for free. In essence, save it for the PPV!

After the match, Parker enters the ring, but Flair nails him. Austin follows Parker into the ring and brawls with Flair. While Vader joins Austin in pummeling Flair, Dustin Rhodes and the Shockmaster hit the ring to chase the heels away.

Okerlund climbs into the ring and interviews Flair. To set up a tag match for WCW Saturday Night, Flair challenges both Austin and Vader as he promises Vicious as his partner. Parker accepts the challenge on behalf of Austin and Vader. 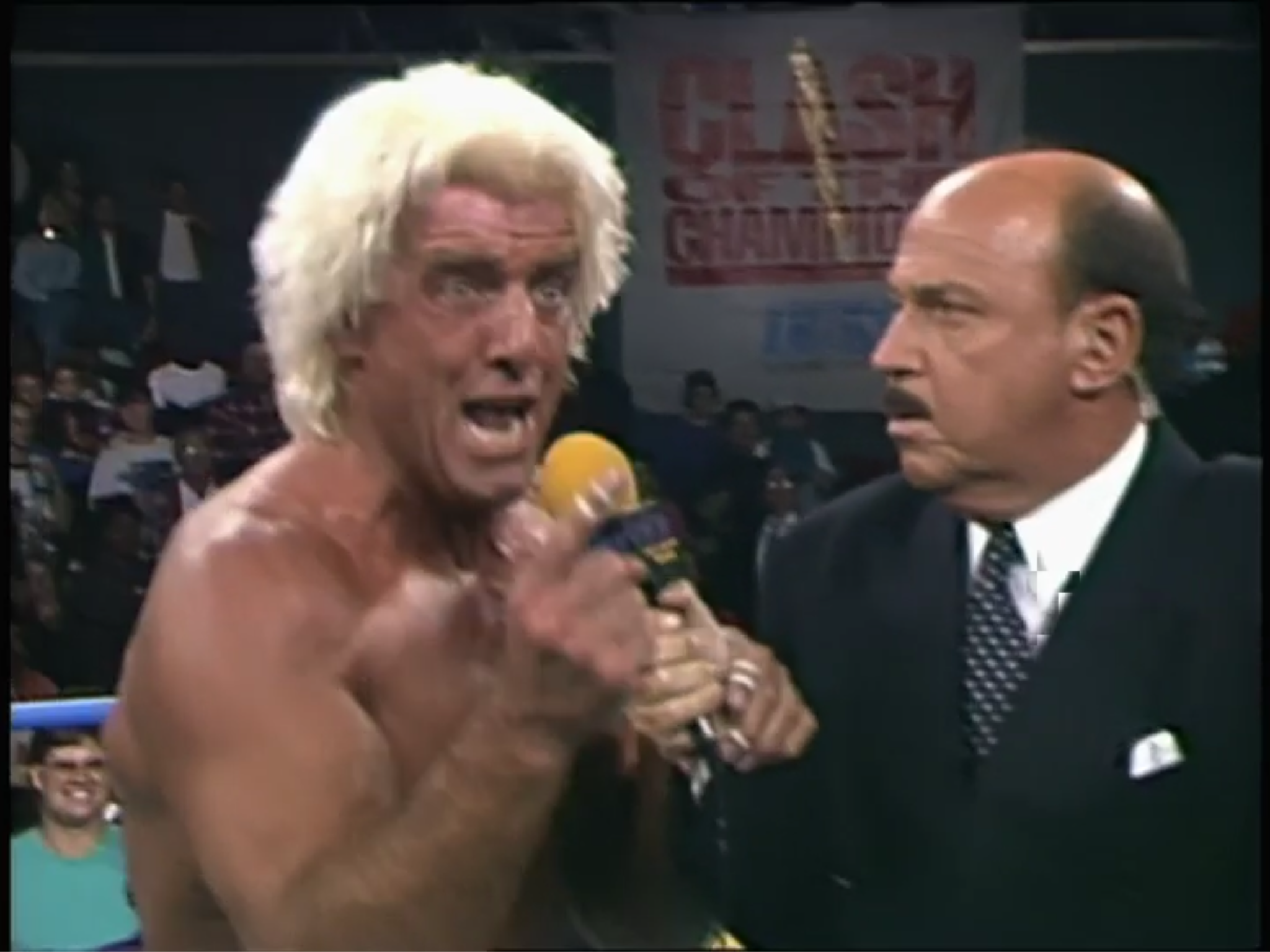 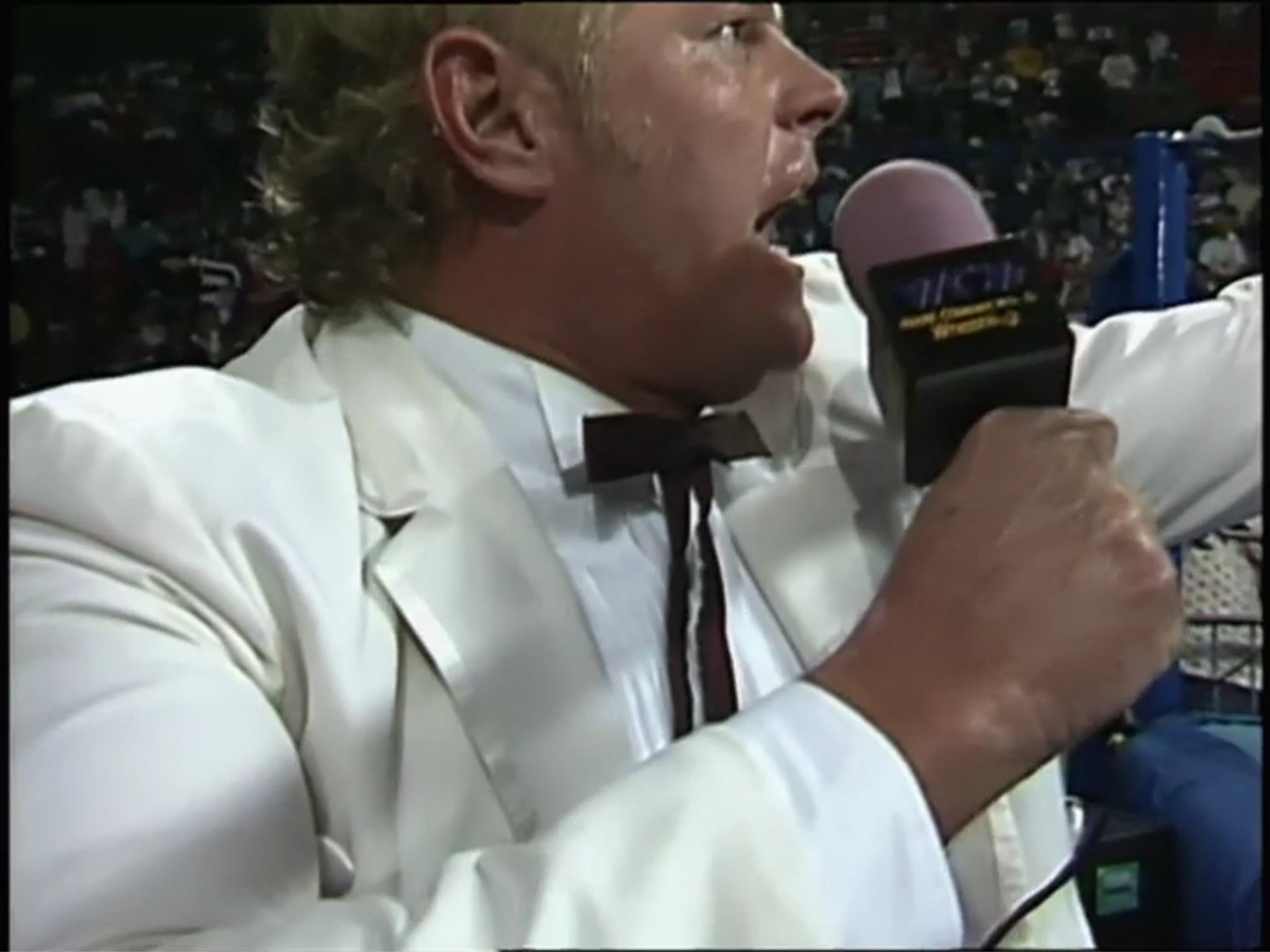 Conclusion: I truly wanted to hate this show, but between Austin-Pillman and Flair-Vader, I just can’t. Also, blame the bookerman, but even I enjoyed his brief battle with the Assassin. The rest is filler, so fast-forward accordingly..

See you for WCW Battlebowl ‘93!