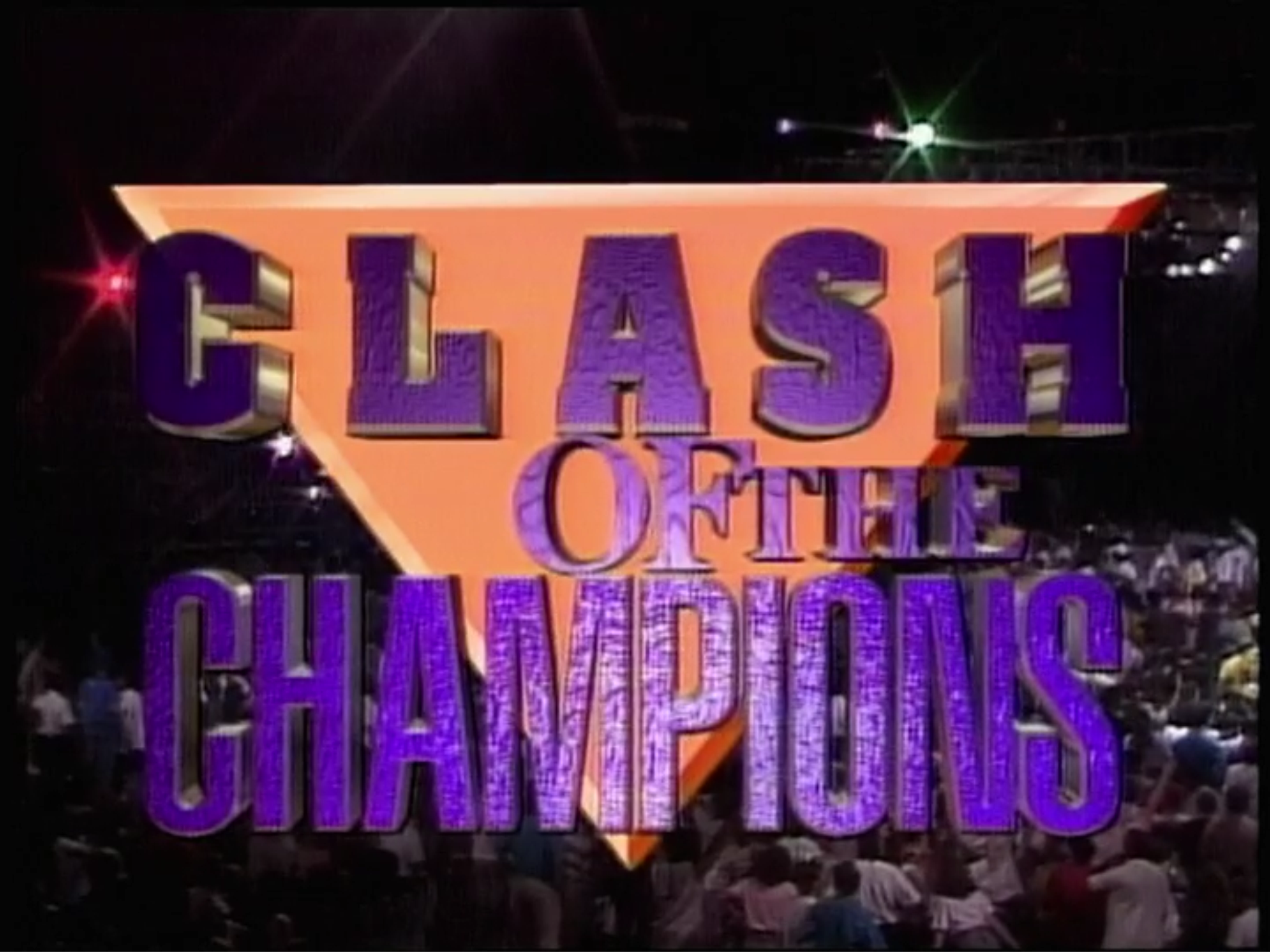 Experience the return of Thundercage! Also, will Steamboat and Douglas retain the unified tag team titles? Or will Austin and Pillman supplant them? Let’s find out!

On a podium, Tony Schiavone and WCW Executive Vice-President of Wrestling Operations “Cowboy” Bill Watts (smell the demotion!) open the show. After Watts reminisces about competing on an AWA show with the Crusher, he states that Van Hammer will not compete tonight due to an abscess following a muscle tear. Instead, Vinnie Vegas will take his place. Watts then suspends his son, Erik, due to the gas station altercation with Arn Anderson. Interestingly, the altercation in question turned Arn babyface and Erik heel rather than the other way around. 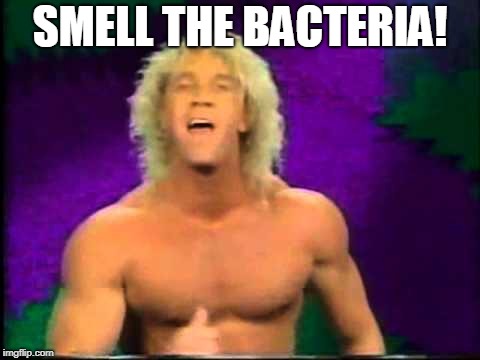 Backstage, Larry Zbyszko interviews Erik who flubs his words spectacularly. Meanwhile, the Milwaukee faithful chants “Erik Watts sucks.” That’s not a heel reaction but instead a “go away” reaction, folks. 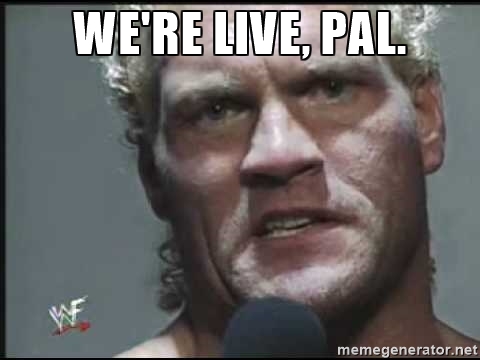 Summary: While Cactus took advantage of a mistake by Badd, the Milwaukee faithful were firmly behind him.

Schiavone then mentions Muta’s victory over Chono for the NWA title at WCW/New Japan Supershow III.

Prior to the next match, a video airs featuring 2 Cold Scorpio.

Summary: Scorpio came to play, and Flamingo was game for it. Unfortunately, this was Flamingo’s last WCW supershow appearance. He wouldn’t return to WCW for four-and-a-half years. 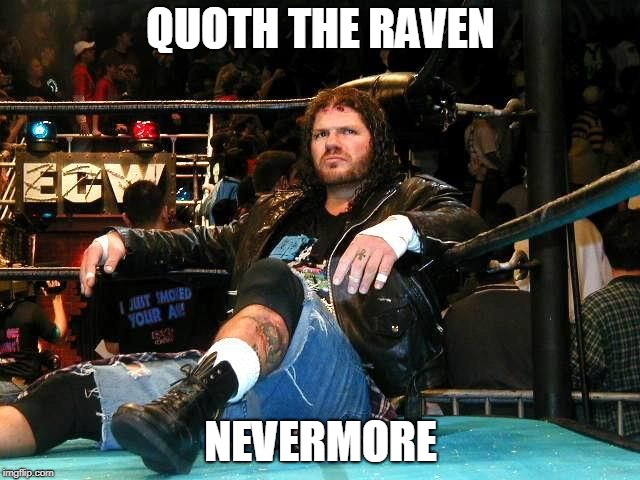 We then revisit WCW Main Event when Vader interfered in a match between Cactus and Orndorff. Speaking of Orndorff, he piledrove Cactus during the melee. As Race and Orndorff restrained Cactus, Vader hit a splash. He then mounted the second turnbuckle and splashed Cactus again. Later in the show, they cut a promo until Cactus returned with a shovel. Cactus then cut a promo on them (aired 1/10, taped 1/6).

Summary: Solid victory by Benoit in his WCW singles debut.

Video airs featuring the Rock’n’Roll Express. They will appear at SuperBrawl III on 2/21. Order NOW!

Next, footage from Smoky Mountain Wrestling is shown as the Rock’n’Roll Express squared off against the Heavenly Bodies with Jim Cornette.

Ventura then hosts the arm-wrestling segment. Since Vegas requests the match be contested left-handed, he beat Tony Atlas. I smell a payoff. He then cuts a promo on Van Hammer. Meanwhile, I seek and find popcorn.

Summary: Despite their victory, the Wrecking Crew became enhancement talent for the remainder of their WCW tenure. Furthermore, this was Gunn’s final WCW supershow.

On a podium, Schiavone interviews Sting who will face Vader in the “White Castle of Fear” match at the PPV. How scary are those little cheeseburgers? Nonetheless, Sting cuts a quick promo on Vader. Afterward, Rhodes and Ron Simmons join him, and Sting is pumped for Thundercage. 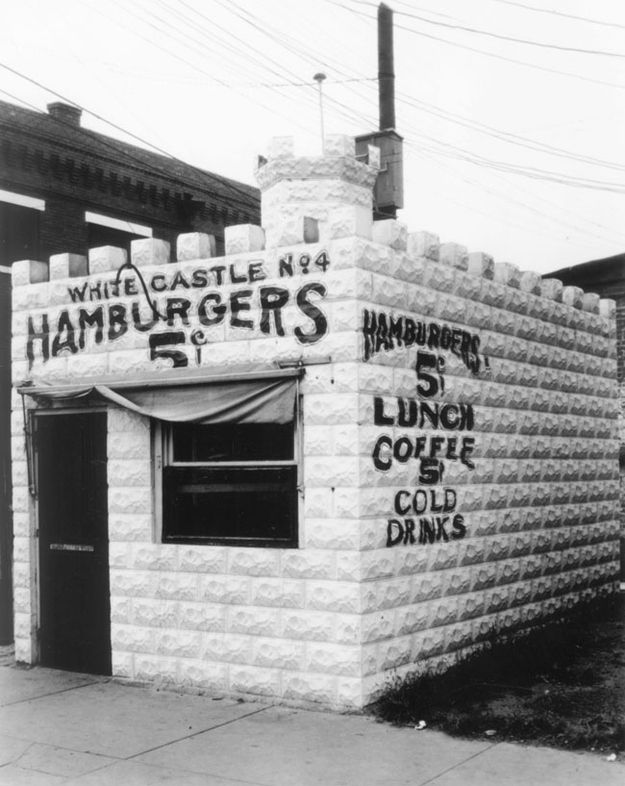 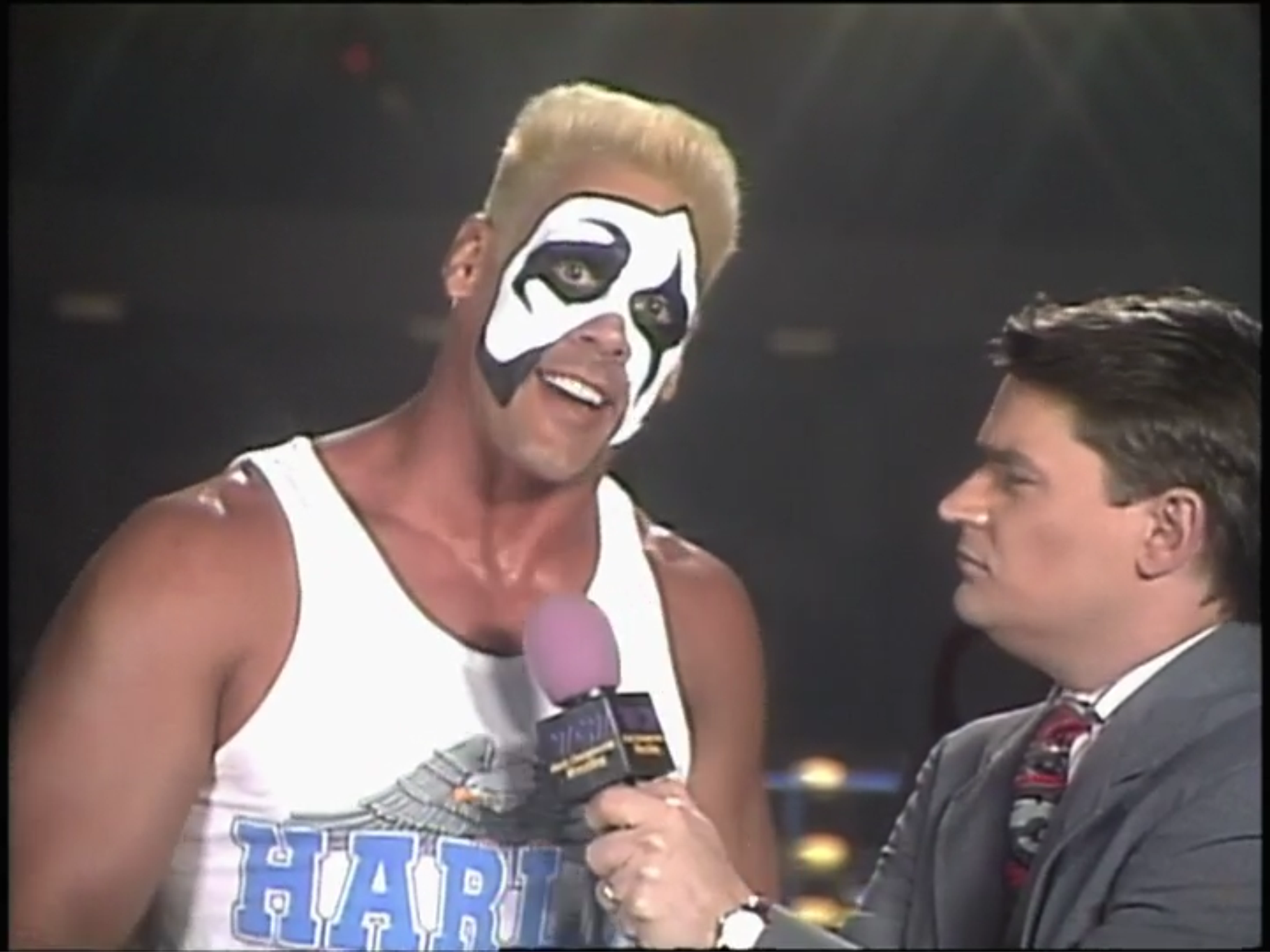 Backstage, Zbyszko interviews Race’s team. Race cuts a promo on Cactus and promises that Orndorff will take care of him someday. Next, he fires Barbarian for being “associated with Cactus Jack.” Barbarian then attacks Race until Vader intervenes. After Vader short-arm clotheslines Barbarian, Orndorff PILEDRIVES him on the floor. GET OUT THE SPATULA! 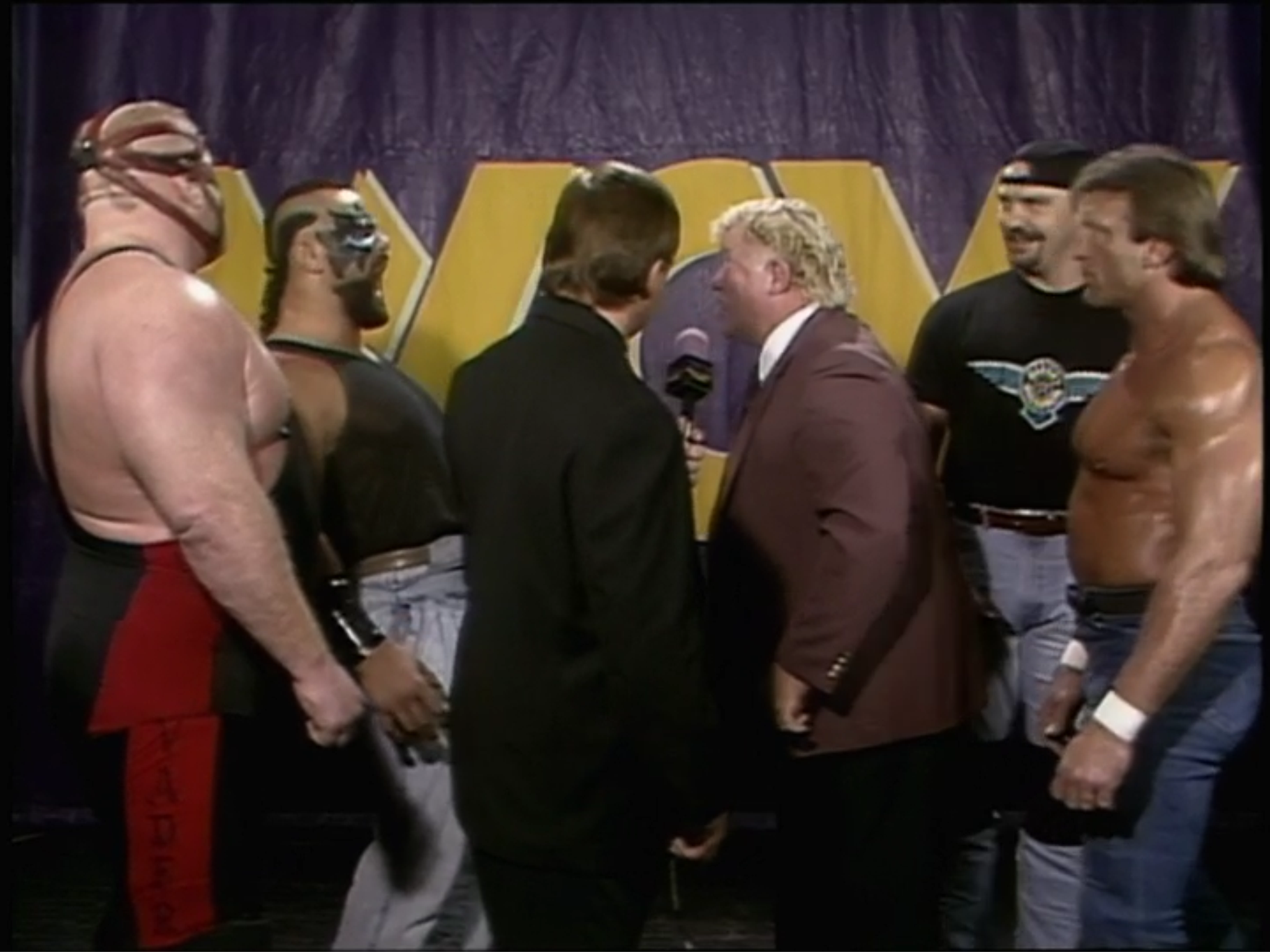 Match 5 for the NWA and WCW World tag team titles: Ricky “The Dragon” Steamboat & Shane Douglas versus the Hollywood Blonds

Summary: Excellent match that followed the tag formula to a tee. If only the Blonds can find a way to cheat without getting caught..

We then revisit the WCW World title change from 12/30/92 in Baltimore.

In the ring, Ventura interviews the NEW WCW World champion Vader with Race. As Race plugs his charge as a long-reigning champion, Simmons hits the ring. He challenges Vader, but Race nails him. As Simmons retaliates, he brawls with Vader. He then gives Vader a spinebuster to the delight of the Milwaukee faithful.

Upon beating the cream cheese out of Race in the aisle, Simmons succumbs to the wrath of Vader. While the fight continues, Vader splashes Simmons on the concrete floor. He then delivers a pair of shoulder breakers until Sting and Rhodes rescue Simmons. Methinks Simmons will require a replacement for the main event. 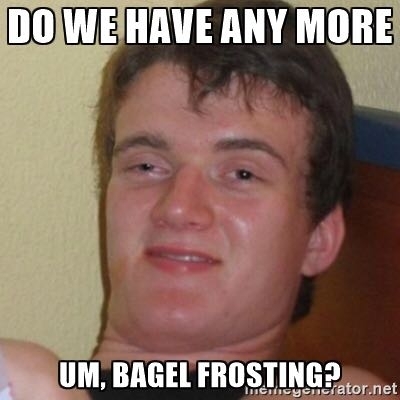 After the match, Vader mounts the top turnbuckle, but Sting catches and slams him down to the mat.

Tune into WCW Saturday Night and catch Orndorff versus Cactus!

At ringside, Ross interviews Cactus who cuts a promo on Orndorff and Vader. He then climbs the Thundercage to the thrill of the Milwaukee faithful. 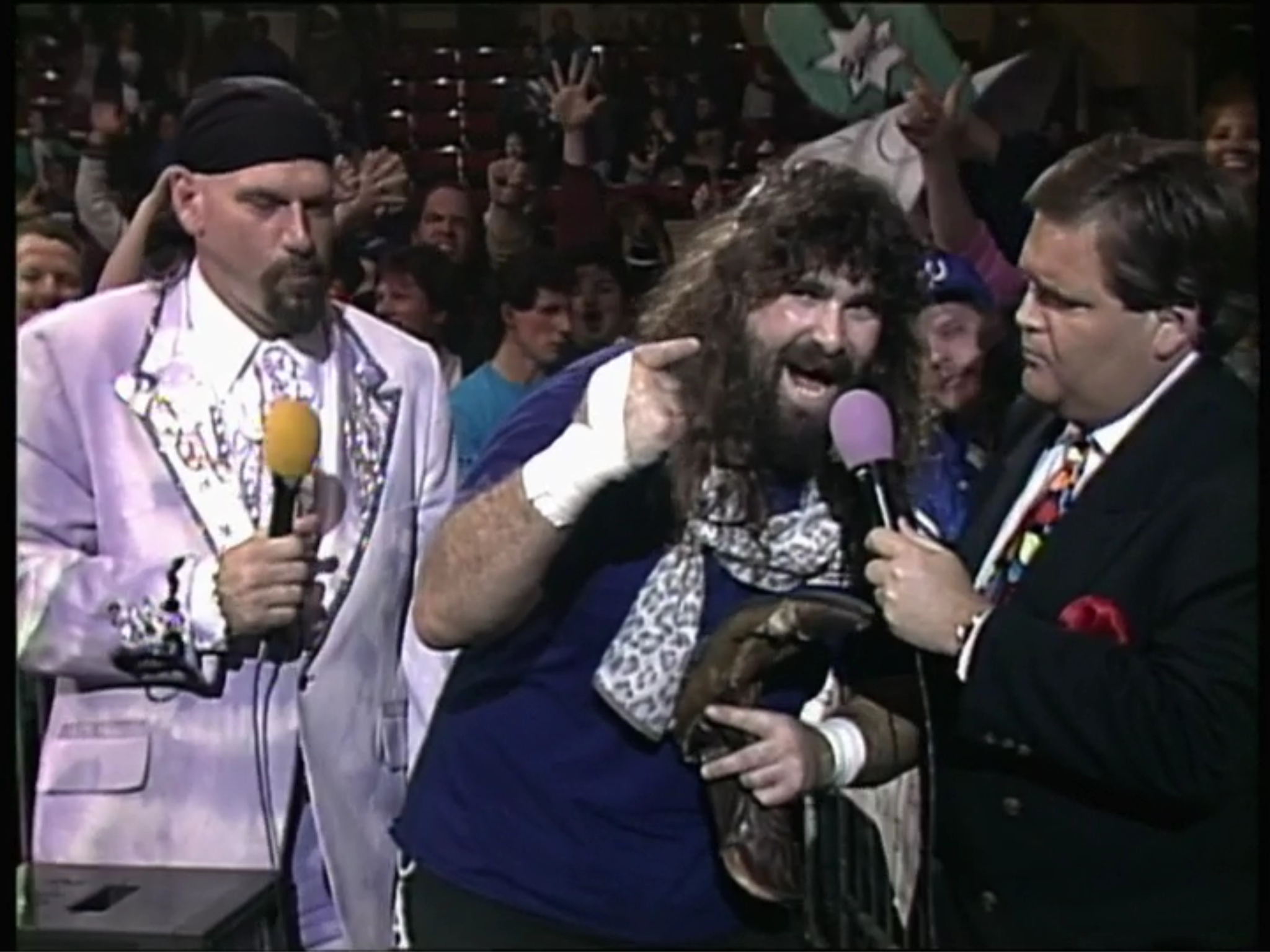 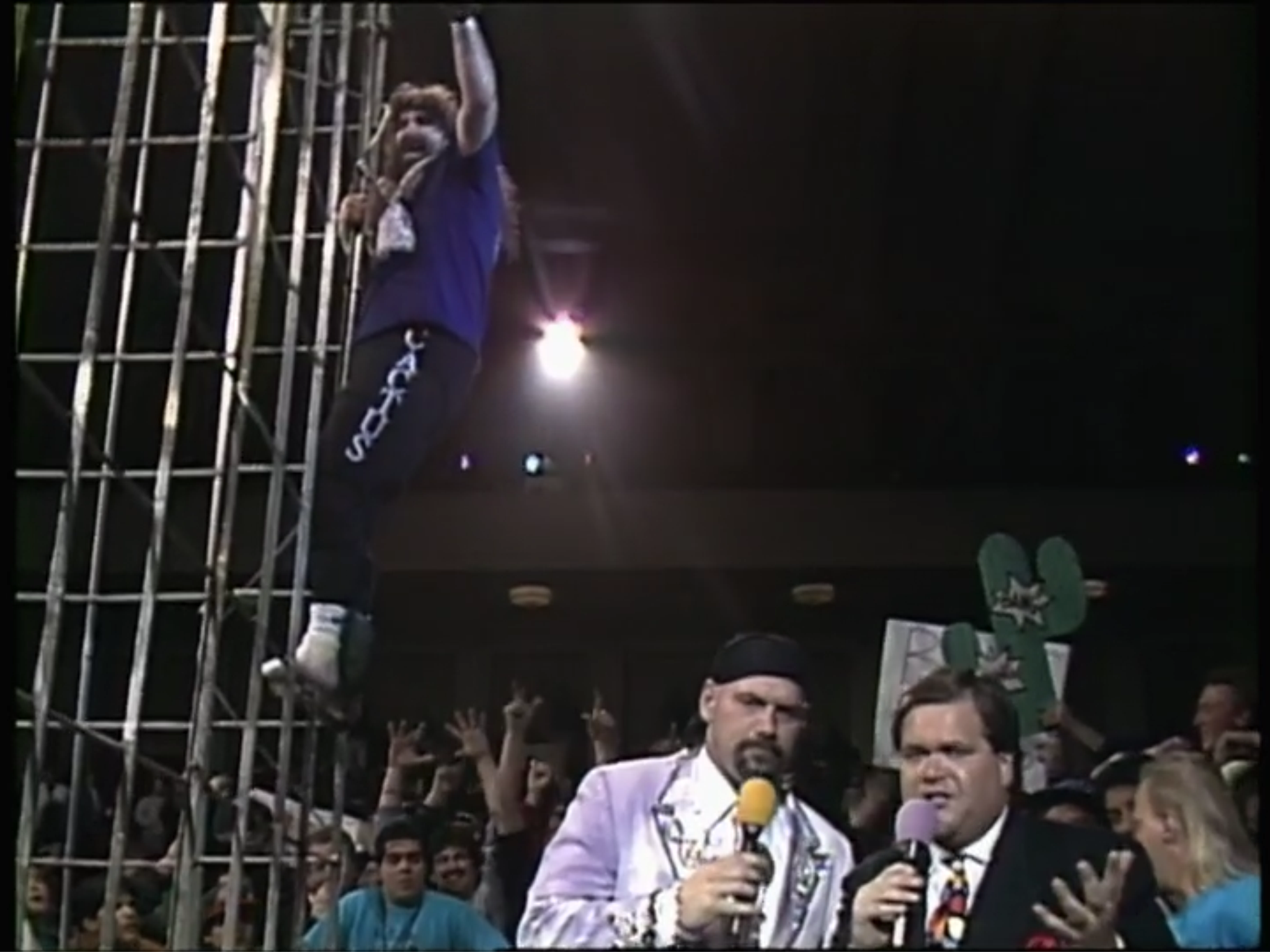 Conclusion: The excellent tag title match alone should create your desire to watch this show. If not, the Thundercage, Benoit, and Scorpio matches put the cherry on top of my recommendation.

In addition, this show marks the final WCW supershow appearance of Jim Ross. More details of this story will be supplied within my SuperBrawl III reflection.

ADDITIONAL BREAKING NEWS IN WCW: Uncle Paul has been fired! WCW fired him due to allegedly falsified expense reports. While the point of contention was the hotel stays at the Ramada Inn in Atlanta, Uncle Paul stayed there under a pseudonym in order to maintain privacy. He also paid cash. Although the motel vouched for him and drafted paperwork that verified Uncle Paul’s presence, WCW had finally had their fill of Uncle Paul and fired him. 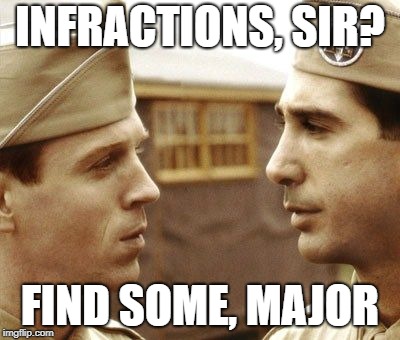 But there’s more to the story! Since Uncle Paul was known to be confrontational, Executive Vice-President “Cowboy” Bill Watts allegedly used an anti-Semitic slur against him in the presence of others. Hence, Uncle Paul and great uncle Richard sued WCW for wrongful termination and won a substantial yet undisclosed settlement. I wonder where Uncle Paul will wind up next. 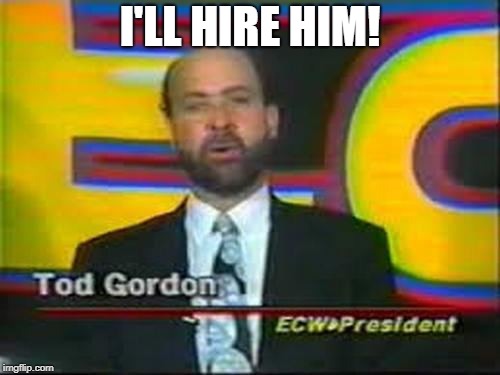