If time flies when you’re having fun, then prepare for time to plop back down like 400 pounds of lard. Because the Southern States Wrestling Power Half Hour review starts NOW!

Before the regular intro, we see the entrance of Southern States Wrestling champion Miss Rachael.

We open with Joe Wheeler and Dakota Booth at ringside, wishing the fathers out there a happy Fathers Day.  Joe tells us that we’re going to hear from Southern States Wrestling Champion Kyle Kool for realz this time…but before that, we’ve got a heck of a ladies match about to start, so let’s get it started already!

No announcer this week.  Miss Rachael has some lady at ringside accompanying her, but nobody has any idea of her name.

I am boycotting the first minute of commentary of this match due to it being nothing but reversals of armbars.  I don’t rate armbars.

I am boycotting the second minute of commentary of this match due to them trying to pull a fast one on me by mixing five seconds of full nelson reversals in with the armbar reversals.  Nice try.

Dakota Booth brings up Miss Rachael’s participation in commentary last week, particularly her saying that she was so much better than everyone else, leading Dakota to ask, “You have to wonder, if that’s the case, why does she need to feel to have why she have need have…the need to have someone in her corner if she is just flat out better than everyone else?”  Couldn’t have said it better myself…if I were in the middle of suffering a massive stroke.

I’ll resume from the Misty James headlock, broken up with a series of punches to the gut.  Miss Rachael sends Misty into the ropes, but Misty’s botched attempt to run the ropes is obviously a deliberate attempt to throw Miss Rachael off rhythm.  The plan works perfectly, as Misty ducks a clothesline and hits one of her own.  Misty forgoes the use of ropes altogether for a second clothesline, and finally puts her down with a double handed chop that gets a two count.

Miss Rachael regains the upper hand with an upper hand thrust to the throat.  Miss Rachael lays in the kicks in the corner with such gusto that her ample clevage threatens to escape from her outfit.  Even Jerry Lawler would agree that it’s best to keep those puppies locked inside their cages.

One armed snap mare out of the corner is about as good as you can expect from an SSW lady.  The “crowd” (for lack of a better word, which I still haven’t found since last week’s show) is firmly behind Misty James, imploring her to make a comeback.  Joe Wheeler is somewhat embarassed with Miss Rachael’s conduct in recent weeks because his family is from England.  That would explain why we never see him with a big toothy smile. 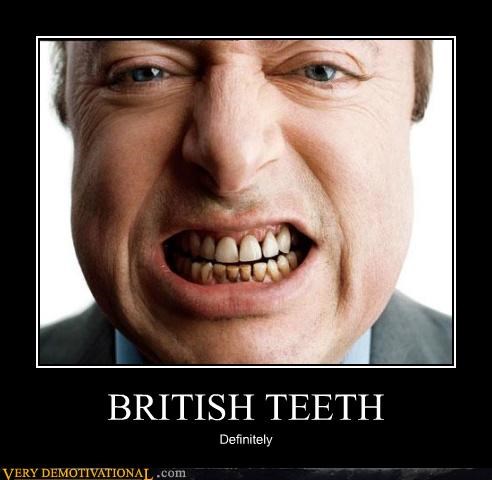 As Miss Rachael works over Misty James with the Main Event Chinlock, Rebecca Lynn walks out to further stack the deck against Misty.  How will she ever overcome these odds…assuming Beau James doesn’t waddle out and beat the crap out of everyone for her?  Rachael eventually releases the hold and beats Misty into a corner, where she shows impressive flexibility choking out a standing Misty James with her boot.  I’m grateful that Miss Rachael is a pro with her uniform, making sure not to show off a camel toe to the hard camera.

However, she’s not a such a pro as to avoid showing the world that she’s blatantly calling the next move.  Miss Rachael whips Misty into the far side and charges in for an avalanche…but, somehow, Misty is able to get out of the way just in time!  Even though we saw Misty James practice this move against Nicole Starr last week, she still isn’t able to pull of the Diva Rollup of Doom quite as well, but she improvises well enough to get the pinfall anyway and regain her title.

Misty has about one second to celebrate her victory before the unknown lady attacks her from behind.  As she and Miss Rachael put the beatdown on Misty, Rebecca Lynn also enters the ring.  Apparently, just now, Dakota Booth is informed that the other lady’s name is “Kit”, no doubt named after the souped up car in Knight Ridder.  After a pregnant pause, all three ladies resume stopping a mudhole in the new women’s champion.  Finally, Beau James does lurch on down to ringside with his bullwhip “shoebaby” to chase the other women away as Dakota throws it to a commercial break.

This Friday, another set of TV tapings at the Gray Community Center.  They will celebrate 50 years in wrestling for Jimmy Valiant!  Sadly, Jimmy Valiant would eventually pull out of this event, probably because a hooker and a glass table suddenly became available.

We return to old footage of a tag match between Ray Idol and DeAndre Jackson vs Kyle Kool and Lucas Angel.  Idol pins Kool after a modified Hart Attack before the Death Riders come in to attack the faces.

After wasting four minutes on that, we waste another couple of minutes on footage of another time when Kyle Kool and DeAndre Jackson are beating on each other in the ring.  Two masked guys try to separate them as the sound intermittently cuts in and out.

If nothing else, that was proof that living the gimmick alone isn’t enough to make it.

Back to ringside, as DeAndre Jackson stands with Joe Wheeler, who is beyond disgusted with the comments of Kyle Kool.  DeAndre Jackson will not rest until he gets Kyle Kool in the ring again!  But he went to the board and he signed the contract.  July 12th, Appalachian Fairgrounds, he’s getting his shot at the title!  And when they meet, he’s got a couple of Southern hambones that are gonna put some knots on the chrome dome of Kyle Kool!  DeAndre Jackson is gonna come, and when he comes, he’s coming stronger, faster, and harder.  That’s not a joke, that’s exactly what he said.  Even DeAndre can’t bring himself to finish with his lame catchphrase after that boner.

Back to Dakota Booth in front of the locker room, trying to get an update on the status of Misty James.  Dakota is shocked that they aren’t letting him into the women’s locker room, even though he apparently went through the trouble of changing his shirt for some reason, but hopefully they will have an update on her status next week.

Hang in there classy fans, as special look at Jake Booth is next!

After the break, we are treated to three minutes of sad offence and generic rock music.  The highlight is the ref that looks like Weird Al Yankovic.

Joe Briggs is in the ring with his television title bowling trophy.  Are we getting another title match tonight?

No chain wrestling to start this one off, the fists are flying!  Falk hits a clothesline, a turnbuckle ram, and a back elbow in the first ten seconds.  Dakota makes a mistake by opening his mouth, telling us that Joe Briggs “blindfolded” Falk after their match last week, making this feud personal.  A couple head butts are followed up by a big back bodydrop, as it’s all Falk from the start.  Crowd still hasn’t warmed to him very much though.

Briggs attempts a kick, but Falk catches the foot and throws it in a way that causes Briggs to fall flat on his face.  Falk attempts to send Briggs into the ropes, but Briggs reverses with an armwrigger and drops straight down to the mat on Falk’s shoulder.  Looks like it’s time for Briggs and his plodding offense to take over.  The next several minutes of the match feature Briggs methodically stomping, kicking, and wringing the arm of LT Falk, who’s attempts to kick Briggs off of him are met with contemptful no-selling.  This is an Ole Anderson like jobber decimiation, complete with hammerlock slam.

After working over LT in the corner, Briggs whips Falk into the far corner.  He charges after him and is supposed to be hit with Falk’s elbow, but it misses completely.  Briggs sells it anyway for a second, then thinks better and charges again, this time met by an easier-to-pull-off boot to the head.  The one armed Falk comes back with two clotheslines, then doubles over Briggs with a kick and follows up with a flipping neckbreaker, but it damages his own arm at the same time.

Still, Falk is able to go for the cover, but the referee does not make the count on account of being destracted by Scott Sterling.  Jake Booth comes out to pull him off, and they peter out fighting amongst themselves, but the ref inexplicably decides to follow them out.  LT understandably yells at the referee to get his ass back in the ring to do his job, but in the background Frank Parker is handing Joe Briggs a chain.

LT looks back a little too early, so he has to feign ignorance for another five seconds before finally being turned around and cold-cocked by Briggs with the chain.  Briggs hands Parker back the evidence, as the referee sprints back to the ring to count Falk down for the three count.

Not nearly as good as last week’s match.  It wasn’t a terrible story that they told, but there were so many better ones that they could have gone with.  And now the only feud worth a damn in SSW is over as soon as it started.  Because SSW.  At least LT seems to have finally won over some fans, as about half of them are yelling at the ref about how Briggs cheated with a chain.

A disgusted Joe Wheeler interviews the champ, telling him that it took three guys to get the job done.  But Joe Briggs don’t need any help.  He never needs any help!  He is Mr. Southern States Wrestling!  Pretty boys like that cannot stand in the ring with him!  He’s here to win and to be the man!

Sorry, Ric Flair.  You had a good run.

Joe Wheeler turns his attention to Scott Sterling, who next week will wrestle Jake Booth, with Beau James as the special guest referee.  Scott doesn’t care who’s officiating the match, he will take care of Jake Booth once and for all!

Ah, we now have some context for the kids wagging their fingers footage that we saw a couple weeks back.  Clever foreshadowing by the avant guard producers of this crack wrestling program.

Yeah, right.  As if anybody involved in this promotion could afford crack.

Once again, next week, Beau James returns to the ring as the special referee for Jake Booth vs Scott Sterling.  Also DeAndre Jackson will be in action.  We’ll hear from Southern States Wrestling Champion Kyle Kool.  Dakota Booth will twist his notes into a tube for no apparent reason.  All that, and much, much more!