How come Lashley v Umaga tends to get all the credit for WM 23’s monster number?

Doesn’t the main event usually get the bulk of the credit/blame for the buy rate? I know the Vince/Trump angle was heavily promoted, but do we know for sure that’s why people were buying the show, rather than for Cena/Michaels or Batista/Taker?

I think common sense would dictate that Trump drew the number, since he spiked ratings and was the primary focus of the buildup. Not to mention that Cena didn’t draw anything approaching that number on his own the year before or the year after and neither did Taker. Plus just from personal anecdotal evidence I bought 23 after months of ignoring the product completely and had friends who wanted to come over and watch the hair v. hair match, and these were people who were casual fans at best.

Today’s question comes from an e-mail sent to Scott, which was sent to me, which I’m now posting here, for you to read, if you please.

Hey Scott….seeing this YouTube clip of Kamala singing
got me to thinking…in wrestling there are a number of things that are
SO ridiculous, that they are just flat out funny. This being one of
them.

What comes to mind when you think of things so ridiculous they are
hilariously funny?

This question begins and ends with the below:

Beyond that, I think my favorite ‘ridiculous’ moments are the silly things that sort of expose the business but in a wink wink nudge nudge way.

There was a skit with the ‘new’ DX where they had a picture of Vince’s Grandson and it had a big ole photo of Triple H Photoshopped on the head.

The entirety of the Hardcore 24/7 rule was awesome – Didn’t Crash Holly take on the Mean Street Posse in a ball bit / arcade? That stuff is brilliant.

Kane’s therapy sessions are great – especially when he gave his entire tortured history with a straight face. There was also a bit during the whole “Katie Vick” angle where I think Kane and Undertaker ran into each other at the PPV and Taker just goes “How was your week?” to much audience laughter.

Then of course there’s the Gookers, the Kiss Demons, the Man-o-tars, the Tuxedo matches, and that time British Bulldog was Rock Bottoms on the dog poo because Attitude Era.

What say you, Blog of Doom?

In the good news department – QOTD submissions have started to come in a bit more on the regular. If you want to submit an idea for a QOTD or something you’d like to see discussed but don’t have a ‘question’ persey, you can hit me up at PaulMeekin86@gmail.com, follow me on twitter @MeekinOnMovies, or find me on Facebook – Facebook.com/pmeekin.

In the “What the fuck you got to be kidding me” department, my 11 month long “Booking Revolution” game finally ended when head Booker, Caliber Winfield, couldn’t amass a fortune of 2 million dollars in time, and Paul E. fired him.  This was LITERALLY on the day the whole blog went kablooey regarding the guy. Strange. Strange indeed. 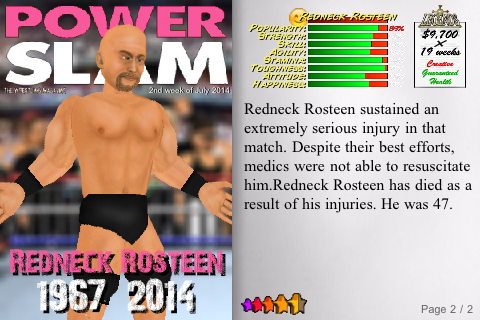 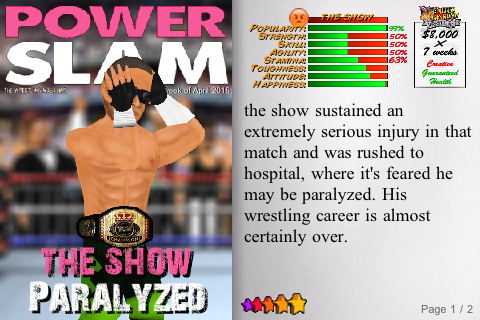 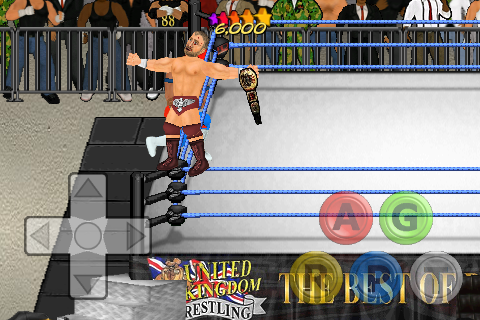 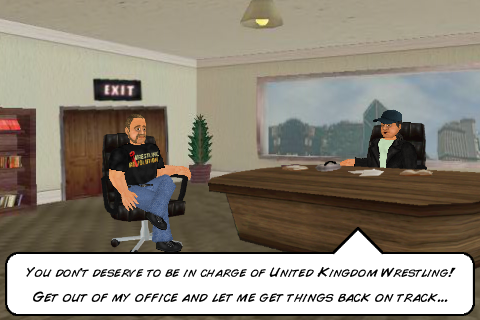