Tony Schiavone and Gorilla Monsoon are in the booth and they are concluding the tapings in Chattanooga, Tennessee.

The Rockers energetic squash from Prime Time Wrestling kicks off the broadcast.

For the Special Report segment a recap of the Brother Love Show at The Royal Rumble airs. 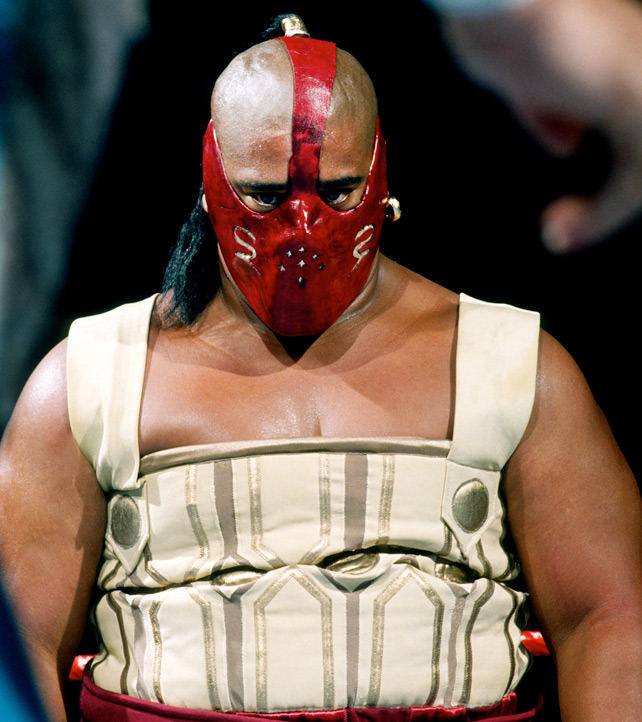 This week: Another FAT MAN STAND-OFF, as it’s Cousin vs. Cousin! At least I think that’s how they’re related.

Welcome to another set of Dream Matches! Last week’s Wrestling Summit review was kind of a big show, so I needed a few smaller matches and easier-to-find ones to do this week, but I think I found some neat stuff- mostly revolving around Yokozuna’s WWF career, plus some other random guys. So this week, you will see an early Yokozuna squash against Koko B. Ware, then a scrap against his cousin Fatu in his role as The Sultan! And ending with one of his last WWF singles matches, as he takes on God-Tier Main Eventer Shawn Michaels!

Hoo boy, and if you’re a mark for Alex “The Pug” Porteau, are YOU gonna be happy- watch as the Pug takes on Salvatore Sincere and Fit Finlay on separate occasions! Can you believe

YOKOZUNA (w/ Mr. Fuji) vs. KOKO B. WARE:
(WWF RAW, Jan. 11th 1993)
* The dreaded “Rob Bartlett” era continues, as he declares “that is one big-butted Oriental, Vince!” then quips “He’s got an ass like an amphitheater!” How did THAT one make it to air? Koko’s in the AMAZING High Energy parachute pants (neon yellow, baby!), while Yoko’s in the cool old gear- the white with red. No Frankie- Vince suggests “Maybe Yokozuna had a little SNACK before he came out here”.

Oh yeah I think they might make this one feel special. It’s the go home show for Unforgiven and that means we need the final push forward, including a pretty big main event. This week it’s Vince McMahon vs. HHH, which should be rather special for Vince given what the Garden means to him. Let’s get to it.

Welcome to more Dream Matches! This time with my new obsession: random forgotten characters! All of this is readily available on YouTube.

So the accepted story with Max Moon goes as follows: Lucha superstar Konnan was brought in to the WWF by Vince McMahon in hopes of playing this futuristic spaceman superhero-type character. He spends a bajillion dollars on the suit, including gauntlets that fire streamers and a steam-shooting rocket pack to “jump” up the ring steps. But then Konnan, owing to his success in Mexico (where he was actually on a soap opera, plus was selling out major shows) and the fact that the suit took a ton of effort, was like “fuck this” and bailed, never even making TV with the gear. Vince was furious and left with this wildly expensive ridiculous suit, at which point Paul Diamond, probably about to be cut as his “Kato” persona was now a complete jobber act, made one of the smartest observations in history: “Hey, I bet I could fit in that suit”. And so suddenly Diamond is now repackaged as this new character, adding about 4-5 months of WWF paydays to his career until they cut him loose for real. Diamond explains some of it, here. 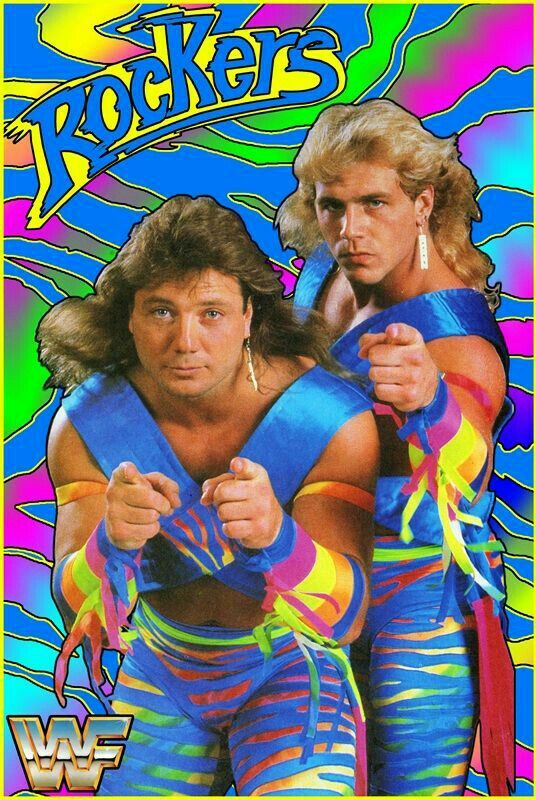 We’re coming up on Summerslam but this week’s show is going to be interesting in a bad way. The roster is fresh off of an Australia tour so there is a good chance that they are going to be absolutely spent. I certainly can’t blame them for that, but it can make for a dull show. Let’s get to it.

We’re on the way to Summerslam and that means it’s time to start cranking up the build towards the show. You can guess where a lot of the card is going but they still need to hammer home some of the details. That can be quite the tricky situation but hopefully they can figure it out. Let’s get to it.

Smackdown has gotten through its pay per view now so it’s time for Raw to get ready for something of its own. In theory at least, as the next show is ECW One Night Stand, which could go in a lot of directions. This show has been a lot better than Smackdown as of late though so hopefully they keep it up here. Let’s get to it.

And we’re back with more bizarre finds of “what can I find by typing random names into YouTube?” (and also some requests from sadistic BOD members). This set sees a match between two of the worst workers of all time clearly booked by a monster, along with some unusual WWF matches- the Colossal Connection vs. The Rockers, plus a certain legendary JTTS worker “Huss”-es his way in!

Once again, WWF YouTube videos are non-kosher to post here, but you can find them pretty easily.

ZEUS vs. ABDULLAH THE BUTCHER:
(World Wrestling Council, 1990)
* OH MY GOD SOMEONE ALLOWED THIS TO HAPPEN!!! This is in Puerto Rico, a pretty wild territory (a murderous one, even), with the famous blood ‘n’ guts wrestler Abdullah facing off against Zeus, following his WWF run, which was so bad he wasn’t even trusted to do a solo match with Hogan in a big way. They look like a pair of “Fist of the North Star” villains fighting- Zeus roided to the gills and in silver & black pants, and Abdullah this scarred-up monstrosity, baggy pants hoisted up to his tits. I mean, at least Zeus LOOKS like a star.

I’m not sure what the focus is going to be here as we had the big Joey Styles angle last week, along with what looks to be Shawn Michaels/HHH vs. the McMahons/the Spirit Squad. That could make for some interesting moments, as could Edge vs. Mick Foley in another hardcore match, which probably won’t be as good as Wrestlemania. Let’s get to it.

Chip Kessler and Les Thatcher call the action from the Jellico High School tapings.  Kessler has been trying to channel Vince McMahon to kick off each program by screaming “Neexxtt” but he just ends up sounding like he is grunting on the toilet.

Backlash has come and gone and that means things are going to be slowing down a little bit. There is no Raw pay per view in May so the next one is coming up in June with One Night Stand. The big story coming out of last night saw HHH pretty much turning face despite losing in the main event where John Cena retained the World Title. Let’s get to it.

Clash Of Champions has come and gone and we are on the way to the Cell. That could mean a few different directions, though Orton vs. McIntyre III would seem to be in the cards. At the same time though, the Draft is looming and that means we could be in for a big shakeup in the next few weeks. Hopefully we don’t have a big lull for the next few weeks on the way there. Let’s get to it.

This is a very special show for me as I was in the audience live. It was the first pay per view I ever got to attend live and the only one I would see in person for about fourteen years. We have a two match show here with John Cena defending the World Title against HHH and Edge in a triple threat, plus Shawn Michaels/God vs. Vince McMahon/Shane McMahon in a match that can’t possibly take place without a lot of cringing. Let’s get to it.

We’re overseas for a taped show this week as it’s the go home show for Backlash. With all of the handicap matches for the main event exhausted, I’m not sure what we’re going to be seeing here. Aside from a red phone booth and whatever else WWE associates with England of course. Let’s get to it.

We are less than two weeks away from Backlash and that means it’s probably time for another handicap match this week. The three way feud between Edge, John Cena and HHH continues, which makes it a lot easier to sit through than Vince McMahon/Shane McMahon vs. Shawn Michaels/God. Let’s get to it.

It’s the night after Wrestlemania so it’s time for the biggest show of the year. You can see a lot of different things happening on this show, including some debuts or returns, plus the beginning of the build to Backlash. That’s a very special show for me and I’m really curious to see how the build goes. Let’s get to it.