Austin Theory cashed in his Money in the Bank contract against a surprising opponent!

Mia Yim is back in the WWE and has joined The OC in their fight against The Judgment Day!

WWE have revealed when and where Monday Night Raw will celebrate it’s 30th anniversary in early 2023.

Tragically, Tristen Nash, the 26-year-old son of two-time WWE Hall of Famer Kevin Nash and his wife Tamara, has passed away.

With WarGames having been promoted to the main roster ahead of Survivor Series, a new premium live event looks to debut with NXT in December.

A new report has claimed that WWE are planning an extra special episode of Monday Night Raw for early 2023.

Sammy Guevara Hits Back At “Blatant Lies” Regarding His Attitude
Sammy Guevara slammed recent reports that claimed that he is difficult to work with.

Backstage Update On USA Network’s Reaction To Recent WWE Changes
A new report lifted the lid on the reaction within USA Network to the numerous changes in recent WWE programming.

Carmella Gives Update After Live Event Injury Scare
Carmella has given an update on her condition after she suffered an injury at a recent live event.

Anti-Sasha Banks Sign Removed From Crowd On Raw
WWE security were quick to remove an anti-Sasha Banks sign from the crowd after it briefly appeared on television during Monday Night Raw.

Edge Teased Where And When He’ll Retire In Heartfelt Post-Raw Promo
After Monday Night Raw went off the air, Edge took to the microphone and addressed his finite future with the WWE.

Update On WWE Planning To Do Next Draft In 2023
The next WWE Draft isn’t expected to happen in the fall like in previous years.

Zac Efron’s Role In Von Erich Movie Revealed
It has now been revealed which member of the legendary Von Erich family Zac Efron will be playing in an upcoming film about their life and career.

WWE Confirm Payments From Vince McMahon Totaling $19.6 Million
WWE revealed that they have uncovered further personal payments made by Vince McMahon, increasing the total monies paid to a staggering $19.6 million.

Johnny Gargano Return Teased On Raw
A line used on Monday Night Raw led many to expect that the return of Johnny Gargano to WWE is coming sooner rather than later.

Mark Henry Reveals Why He Can’t Wrestle In AEW
Mark Henry opened up about the medical issue preventing him from wrestling, revealing that it sometimes leaves him needing a wheelchair.

Dave Meltzer has discussed the problems facing AEW now that Triple H is running WWE and says that AEW is now further away from catching WWE.

How Often Edge Will Appear After SummerSlam

Following his return at SummerSlam, a new report has shed some light on how much we can expect to see Edge appearing in the coming weeks.

Bray Wyatt has referenced several different wrestlers and promotions in a new cryptic message that leaves fans with more questions than answers as to his future.

Upcoming Report Said To Be “Damning” For Vince McMahon

New reports are expected to shed more light on allegations against Vince McMahon and are said to be “damning” for the former WWE CEO.

After weeks away due to injury, Rhea Ripley returned to Monday Night Raw and reunited with The Judgment Day.

Veteran WWE Superstars are reported to be “dejected” following the news of Vince McMahon’s retirement which came soon after he said he wasn’t going anywhere.

Raw Ratings Down On Fourth Of July
https://www.f4wonline.com/news/wwe/wwe-raw-ratings-down-on-fourth-of-july

It’s all about Raw vs. Smackdown as the big elimination tag is all that matters around here. That’s in addition to the Raw World Title match, which should be another good but not exactly thrilling showdown. I’m not sure what to expect for most of the show, but that elimination tag is the centerpiece of the show. Let’s get to it.

Six of the Best for Starrcade in the 90’s will be coming next week when I have some time off work. Until then though, I thought I’d review this show as its only 47 minutes long and features a storyline where poor Balls Mahoney had to play Santa Claus’ evil brother (Which someone actually asked about on the Blog today), so there’s a festive tie in at least.

”In memory of SD Jones” starts the show and in a touching tribute Teddy Long appears dressed as Ron Burgundy. 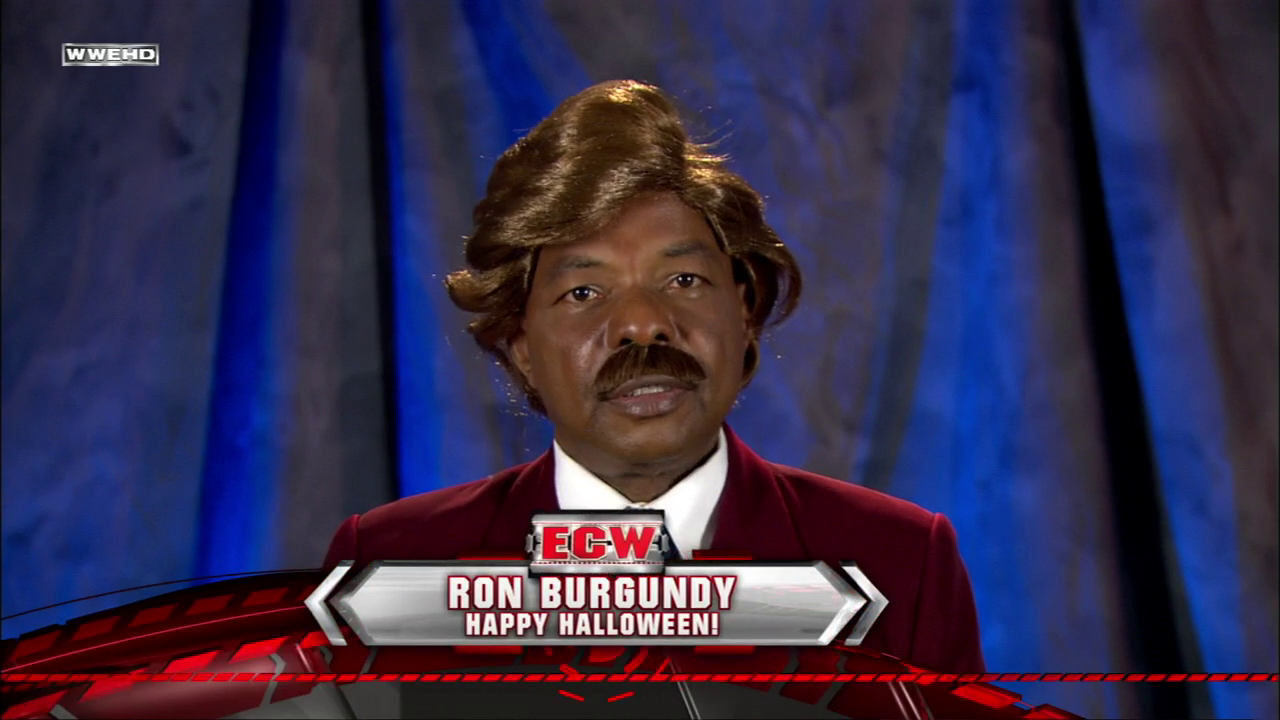 We’re finally here after what felt like the longest, most eventful two week build I’ve ever seen. The theme of the night is Raw vs. Smackdown and that likely means a lot of bantering between the commentators about the scoreboard and brand supremacy, which is all that matters around here. Let’s get to it.

No joke.  This is how the show opened.  No word on what this means for the title or Crown Jewel yet.

Egads man.  Superman Punch that stuff in the face.

We’re in Charlotte, North Carolina and it’s Miz & Morrison vs. The Hardy Boyz for no reason!

It’s a new era for the World Wrestling Federation! Are you ready to get RAW?

We’re in Greensboro, NC and tonight we get a special edition of The Cutting Edge.

We get this match even before we get told where we are (Biloxi, MS) so we must be getting a loaded (with WM hype) show.