We are about two weeks away from Overdrive and the card is starting to take shape. While the World Title match is already set, we still need to get the X-Division Title match ready, which is where this week comes in. Odds are there are going to be more tournament matches this week and that should be a good thing. Let’s get to it.

We are done with Victory Road and that means we are only a little over a week away from Bound For Glory. I’m still not sure why Victory Road was such a necessary show before the biggest night of the year but at least it wasn’t an eventful night, meaning Bound For Glory got even more build. Hopefully that can continue tonight so let’s get to it. 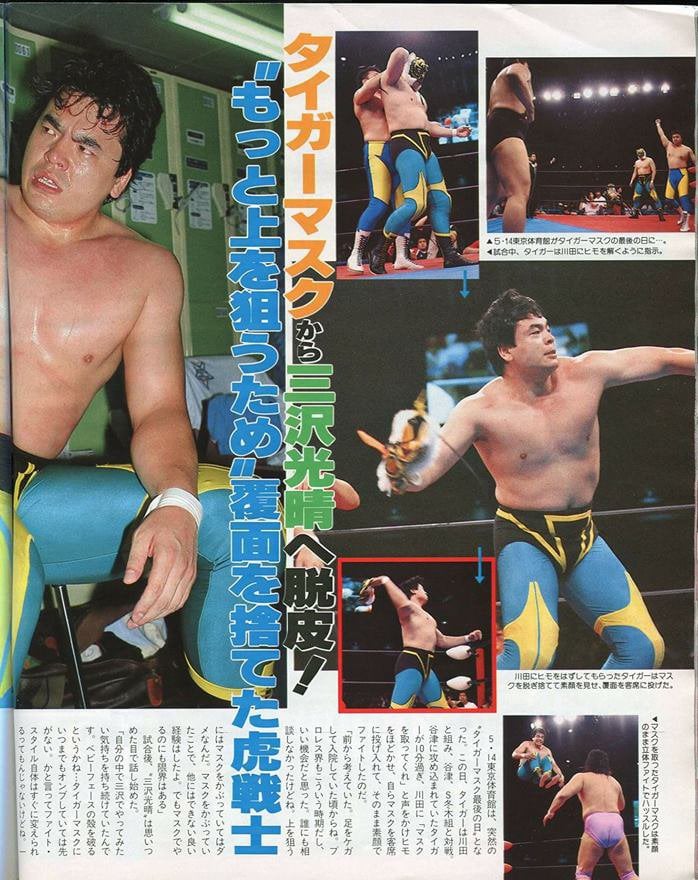 It’s the go home show for Victory Road, which means we are about a month away from Bound For Glory. Victory Road is being treated as a pretty big deal so it would make sense to have a good go home show. This week does feature a pretty big showdown with Aussie Open vs. the Motor City Machine Guns. Let’s get to it.

We’re rapidly approaching Victory Road and then Bound For Glory, meaning some of the shows’ major matches have already been announced. With some of the bigger shows on the way, it would make sense to give them that much extra attention. There’s a good chance of getting some more added to the cards this week so let’s get to it.

We’re just over a week away from Emergence and most of the show has already been set. The World and Knockouts Title matches are ready to go but now we need to build up a little more of the card. That is what we can take care of over the next two weeks, as Emergence is already starting to look strong. Let’s get to it.

Against All Odds has come and gone and hopefully that means Josh Alexander is done with Violent By Design. Alexander defeated Joe Doering in the show’s main event to retain the World Title, meaning it’s time to move on. The only title change was the Digital Media Title as Brian Myers beat Rich Swann so there isn’t much to build from. Let’s get to it.

We are rapidly approaching Slammiversary and that means it is time to start filling out the card. The main event is set but we still need to add in a few more spots here and there. This includes another name in the Ultimate X match, plus a likely Moose vs. Sami Callihan match. Let’s get to it.

We’re closing in on Slammiversary and in this case that means even more Eric Young. I’m not sure what that is going to mean, but the good thing is that things haven’t been too terrible so far. Young is set to challenge Josh Alexander for the World Title at Slammiversary but the show needs some more buildup first. Let’s get to it.

We’re done with Under Siege and that means we need a new #1 contender. Josh Alexander successfully defended the World Title against Tomohiro Ishii so now it’s time for something new. That means the return of the Gauntlet For The Gold, a huge gauntlet match, to crown a new #1 contender. Let’s get to it.

This is one of the biggest and most interesting shows of Wrestlemania Weekend as you do not know what you are going to get on any given show. Some of the matches are going to be announced in advance, but sometimes you are just going to get some wrestlers without opponents. This is the non-WWE ticket I make sure to get every year and this was no exception. Let’s get to it.

It’s the go home show for Under Siege, which has come up rather fast after Rebellion took place just a few weeks ago. Last week saw Tomohiro Ishii announced as the new #1 contender to Josh Alexander, which should be a nice trial by fire for the new champion. It’s time for the final push towards Under Siege so let’s get to it.

We’re done with Rebellion and the big story is that Josh Alexander got the World Title back from Moose in a heck of a main event. Other than that, we are less than two weeks away from Under Siege and need to get a card together pretty fast. Odds are we’ll be seeing a bunch of rematches so let’s get to it.

It’s the go home show for Rebellion and we should be in for a solid night. The card is mostly set with the World Title being more than ready, so now it might be time to focus on just about everything else. I’m actually looking forward to the pay per view and if they can get in one last push, we should be in for a nice Saturday. Let’s get to it.

We’re back to a regular show after last week’s Multiverse Of Matches special. With less than a month to go before Rebellion, it’s time for some of the final push towards the pay per view and the build could use some help. The main event will see Moore defending the World Title against Josh Alexander and things have already gotten personal. Let’s get to it.

It’s a special week this time around as rather than building towards Rebellion with a regular show, we’re going to look at some of the Multiverse Of Matches card. The show was held over Wrestlemania Weekend but a lot of it had little to do with the upcoming pay per view. It should be fun for a one off though so let’s get to it.

This was a show that got my attention as it has a pretty nice card with a lot of things going on. The idea is that there are multiple companies coming together with some representatives for some matches we might not have seen before. That should be enough, even if this is just a side trip on the way to Rebellion. Let’s get to it.

It’s the go home show for the Multiverse of Matches but that doesn’t seem to mean much at the moment. Part of the issue is that we also need to build up Rebellion, which is less than a month away. That doesn’t leave Impact a lot of time, though maybe they can give this week’s show some attention of its own. Let’s get to it.

This is the month’s Impact Plus special and the card is looking decent. There are a ton of title matches, capped off by Heath of all people getting the World Title shot. If that isn’t your thing, there are three Women’s Title matches, plus a hoss fight between Jonah and PCO. Let’s get to it.

Somehow it’s already the go home show for Sacrifice and the card is mostly set. The big match on the show seems to be the Tag Team Title match as Moose defending the World Title against Heath is only so important. Odds are they will add one or two more things to the card tonight so let’s get to it.