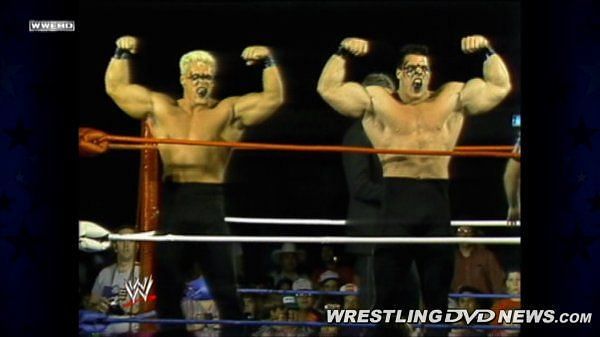 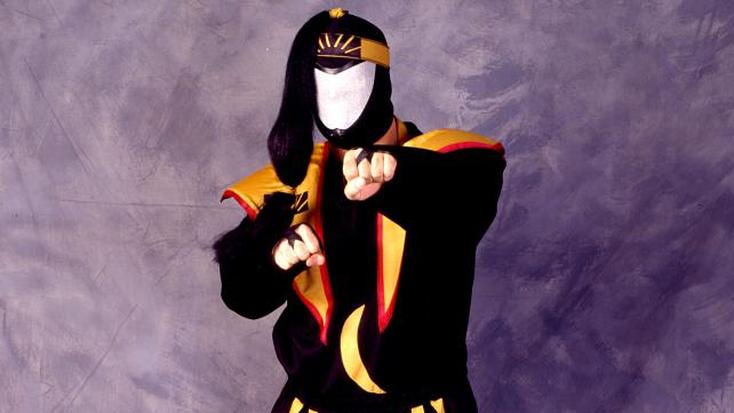 Truly the most shameful waste of a main event gimmick ever.

Welcome back to more Dream Matches! I have some truly bizarre stuff for you today, starting off with the most amazing jobber match ever- the One Man Gang fighting a repackaged Ron Reis… as the SUPER GIANT NINJA! Then come see just how bad the WWF’s “Cookie Cutter Style” of the Johnny Ace Era just destroyed guys, as Roddy Piper’s lackey Sean O’Haire, once the hottest rookie in the biz, takes on Chris Benoit on SmackDown!

Then it’s one of those “WTF? That happened?” classics you get from WCW’s “New Japan Invasion”, where main eventer Masa Chono and Mr. Fuji’s former tag team partner from the ’80s slum it on the D-show against Harlem Heat. And then we have “The Narcissist” Lex Luger near the end of his WWF heel run as he faces “The Rocket” Owen Hart in a midcard quickie with a rare “he has to wear a forearm guard” gimmick, and finally… a JTTS DREAM MATCH, as Virgil takes on Paul Roma in the prelude to SummerSlam ’91!

WCW UNITED STATES TITLE:
THE ONE MAN GANG vs. THE SUPER GIANT NINJA:
(WCW Saturday Night, Jan. 20th 1996)
* Oh my god YESSSSSSSSSS!! I’ve only barely heard of the Super Giant Ninja, and I’ve never seen him before. So he’s Ron Reis in Mortal Kombat cosplay, having been already repackaged after fans sh*t all over The Yeti (probably due to him & Loch Ness DP-ing Hulk Hogan in the goofiest costumes ever). He apparently appeared as “The Yetti” once in this look, but has now changed his name again. He’s in black gear with a yellow/red Scorpion/Sub-Zero chestpiece, and a mask that covers his entire face, not even leaving his eyes. Oh, and a three-foot “ponytail” coming out of the top. The Gang is actually U.S. Champion for his weird forgotten run.

* Welcome to Part Two! This is the part of the massive interpromotional show that sees Michinoku-Pro and All Japan put on their best stuff in 6-Man Tags, and then New Japan putting on… that match. The story goes that they were gonna put on a throwaway bout until everyone else brought their A-game matches, so they had to scramble and put their top stars in a bout to be a proper “Main Event”. But… oof. They also hit the YouTube video with an immediate copywrite claim over the Main Event, so it’s missing from the show above, but I managed to finagle an MP4.

“TL;DR- What’s the Deal?”: 4-5 all-time classic matches, the women showing up nearly everybody, worked shoots, bloodbaths, spotfests, comedy- something for everybody. Two more ****+ matches to go!

–Tony Schiavone, Bobby Heenan, and Dusty Rhodes are doing commentary and they are live from Nashville, Tennessee.  Heenan appears to have put aside his complaints about working with Dusty, which drove him from WCW Saturday Night earlier in the year.

Note:  Sorry about missing Friday’s column.  I was down with the flu near the end of last week and am on the mend.  I will be posting information about the Doomie’s at the end of this week.

–Tony Schiavone and Dusty Rhodes are in the booth and they are taped from Atlanta, Georgia.  According to thehistoryofwwe.com, these shows were taped on November 16 and 29 at Center Stage.

–Okerlund talks about a “dark cloud” that lingers over Randy Savage’s world title win at World War 3.  Since the company is not building to a Savage-Hulk Hogan match, continually casting Savage’s title win in this fashion is not doing him any favors.

WCW Prime featured a few new bouts, with Chris Cruise and Dusty Rhodes calling the action.  Cruise is dressed as a Puritan woman, while Dusty has male Pilgrim garb.  A turkey mascot, also in Pilgrim costume, dances behind them throughout the show.

–Gene Okerlund and Bobby Heenan are in the studio for today’s broadcast.  Heenan says that he is rooting for Sting on Monday Nitro because he cannot stand Hulk Hogan.  Due to Heenan’s WWF career, that is an awesome piece of character continuity.

WCW Prime for November 6 featured a new match, with Chris Cruise and Dusty Rhodes on commentary.

–Gene Okerlund and Bobby Heenan are in the studio for today’s broadcast.  They focus their attention on the Giant using a monster truck to destroy WCW Champion Hulk Hogan’s Harley Davidson motorcycle.

–Okerlund and Heenan recap the Cobra-Sergeant Craig Pittman feud and how they love sneaking up on each other.

I thought I’d try something a bit different and actually cover some classic Pro Wrestling NOAH for a change. In the early to mid-00’s, NOAH was probably the most consistently great wrestling company in the world. It had a great Junior Heavyweight division anchored by the likes of KENTA, Naomichi Marufuji, Ricky Marvin and Yoshinobu Kanemaru, talented youngsters coming through the ranks such as Takeshi Morishima, Takeshi Rkioh, Mohamed Yone and Go Shiozaki, dependable veterans in the mid-card who could be relied upon such as Tamon Honda, Takuma Sano, Daisuke Ikeda and Akitoshi Saito, and most importantly a really good main event scene featuring the likes of Mitsuharu Misawa, Jun Akiyama, Yoshihiro Takayama and Minoru Suzuki.

However, the biggest star of them all was the man who held the GHC (The equivalent to New Japan’s IWGP) Heavyweight Title for two years from 2003 to 2005, having great matches with basically everyone along the way. That man was none other than Kenta Kobashi, the inventor of The Burning Hammer, an all-round elite level worker and a guaranteed first ballot Hall of Famer. Not only was Kobashi superb in the ring, but he was also a hit at the box office and NOAH enjoyed a lot of success during his reign.

The zenith of Kobashi’s reign was likely headlining NOAH’s first ever Tokyo Dome show in 2004, but he also enjoyed a spate of sell outs at Budokan Hall and defended the belt in a number of classic bouts, dragging top level matches out of basically everyone he faced ala Ric Flair during his Title reigns during the 80’s.

Personally I’d say Kenta Kobashi is probably my favourite wrestler of all-time. Whether it was coming up with inventive suplexes, flying through the air with a moonsault or just destroying his opponent with hard knife edge chops, Kobashi could seemingly have an epic and enjoyable match with practically anyone and he almost always elevated the people he wrestled. Losing to Kenta Kobashi in an epic bout would almost always raise the defeated opponents stock, not lower it.

What I like most about Kobashi though is his selling, his facial expressions specifically. Kobashi’s facials are possibly some of the greatest of all-time, as he could convey a mixture of pain, desperation, anger and defiance like almost no one else. It’s one of the reasons why I think Kota Ibushi is so good as well actually, as he can do similar with his own expert facial expressions.

So with intro’s out of the way, I suppose I best explain what this is going to be all about. During the late 00’s G+ in Japan put together a compilation of all of the matches from Kobashi’s GHC Heavyweight Title reign. I eventually picked this up on DVD, but some kind uploaders on YouTube have uploaded the whole thing for public consumption. I won’t post the link here in case I accidentally drop them in hot water, but a quick search should be able to bring it up rather easily.

Obviously the full video is close to 9 hours long, so I won’t be doing it all in one sitting. Basically, whenever I get the time I’ll upload 2 or 3 matches when the opportunity arises. I’m not expecting this to be a particularly regular thing due to all the other commitments I have, but it will be a nice side project that I can bust out now and then when I can.

So, with the longest intro in Blog history completed, why don’t we watch some chuffing wrestling? 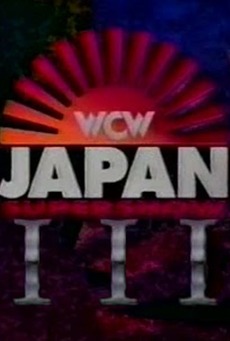 Will Muta finally beat Chono and unify the NWA and IWGP titles? Will it be worthwhile unlike the match at Starrcade? Can Liger regain the IWGP junior heavyweight title against Ultimo Dragon? What happens when the Hell Raisers and Steiners lock up? Who will win the battle between Tenryu and Chosu? Let’s find out! 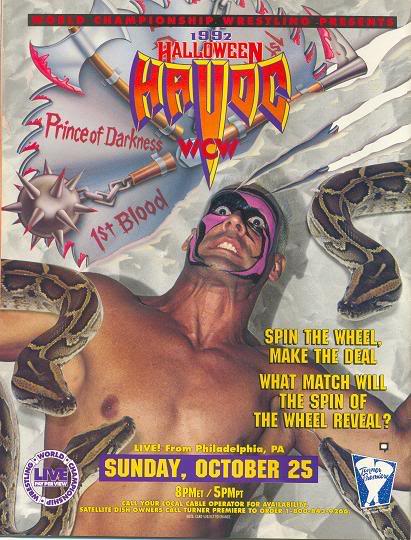 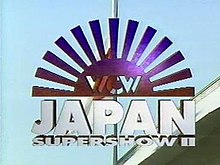 Will Chosu or Fujinami unify the G18/IWGP title? Can Chono win the WCW World title? Will Muta and Sting keep their peace against the Steiners? Let’s find out!