Who will win the rematch between Doink and Jannetty? Can the Kid survive against Ramon for the sake of $10,000? Let’s find out!

Can Bigelow become IC champion AND King of the Ring? The first part of the question’s answered TONIGHT. Let’s rock!

Who will be the mystery man on tonight’s show? What does Ramon have in store for the Kid? Since this reflection’s pretty loud, you might want to clean out your ears. Let’s rock! 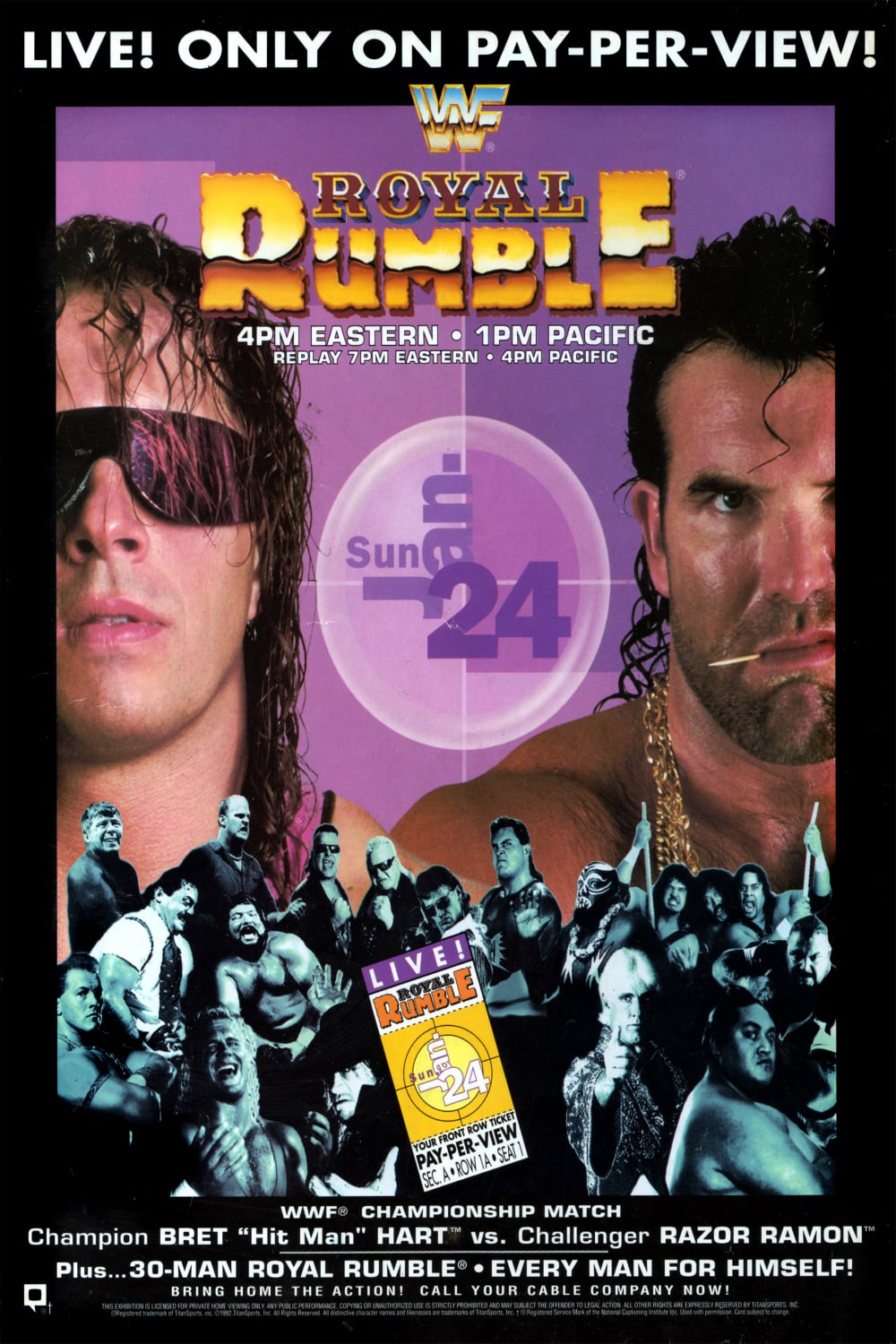 Who will win the Rumble match to become the #1 contender to the WWF title? Will the “Bad Guy” become WWF champion? Can Jannetty exact revenge against former tag partner Michaels and gain the IC title? Let’s find out!

–McMahon and Jerry Lawler are tonight’s commentary team and they are taped from Richmond, Virginia.

–Marty Jannetty gives Razor Ramon a leather jacket backstage and asks for Ramon’s help against the 1-2-3 Kid.  Ramon agrees to the idea and agrees to watch Jannetty’s back as long as Jannetty watches his in the weeks ahead.  It seems like this angle ran behind their television storylines as McMahon already told fans on RAW that Ramon and Jannetty would be facing Sid and the Kid at In Your House.

–Vince McMahon and Jerry Lawler are on commentary and they are live from Richmond, Virginia.  According to thehistoryofwwe.com, the tapings were attended by 4,500 fans.

–Vince McMahon and Dok Hendrix are tonight’s commentary team and they are still in Brandon, Manitoba, Canada.

–Vince McMahon, Jerry Lawler, and Jim Ross are calling today’s action, which is still unfolding in the confines of Regina, Saskatchewan, Canada.

–Todd Pettengill does a horrible Dracula impression as he recaps last week’s twenty man battle royal and how Goldust is making his television premiere tonight.

–Vince McMahon and Jerry Lawler are doing commentary, still calling the show from Brandon, Manitoba, Canada.  Since it is Halloween, McMahon taunts the federal government by dressing up like a prisoner.  Lawler even asks if he got fitted for that outfit a year ago.  For his part, Lawler dresses up like a dentist.  Even the Spanish announce team gets in on the act as they are dressed like devils and WWF logo in the bottom left corner of the screen is done like a jack-o-lantern.

–Vince McMahon recaps Shawn Michaels forfeiting the Intercontinental title to Dean Douglas at In Your House 4 and how Razor Ramon won the title shortly thereafter.  Today, Ramon will face Yokozuna in a non-title match.

–McMahon, Jerry Lawler, and Jim Ross are in the booth and they are launching a new series of tapings from Regina, Saskatchewan, Canada.  The tapings took place on October 24.

–Vince McMahon recaps parts of In Your House 4, noting how WWF Champion Diesel and Bret Hart brawled at the end of the show and how Razor Ramon became a four-time Intercontinental champion.

–Vince McMahon and Jerry Lawler are doing commentary and they are live from Brandon, Manitoba, Canada.  According to thehistoryofwwe.com, the tapings drew 2,000 fans.

–Toni Wilson sings “O Canada” to kick off the show.  Vince McMahon bills her as an “up and coming star” but no significant achievements came to her career the best I can tell.

–Interim WWF President Gorilla Monsoon tells the viewing audience that due to Shawn Michaels concussion he will not allow him to compete.  Monsoon promises that there will still be an Intercontinental title match tonight as Michaels will be asked to forfeit the title to Dean Douglas, who will then defend it against Razor Ramon.  The crowd is heard noticeably booing this announcement from the arena as the company has yet another “bait and switch” for the second pay-per-view in a row.

–Vince McMahon, Jerry Lawler, and Jim Ross are doing commentary and they are live from Winnipeg, Manitoba, Canada.

–Waylon Mercy says that he is going to put Diesel to sleep on today’s show.

–Vince McMahon, Jerry Lawler, and Jim Ross are in the booth and they are still in Valparaiso, Indiana.

–Vince McMahon, Jerry Lawler, and Jim Ross are calling today’s action and they are still in Valparaiso, Indiana and on the campus of Valparaiso University.

–Vince McMahon recaps the ending of last night’s Triple Header main event at In Your House 3.  McMahon says that Jim Cornette and his attorney – the yet to be named Clarence Mason –  forced WWF President Gorilla Monsoon to strip Diesel and Shawn Michaels of the titles based on a technicality.  However, Monsoon has demanded that Owen Hart and Yokozuna defend the titles tonight and face Diesel and Michaels at a later date.  So that “guaranteed title change” the fans were supposed to get?  Well, forget about it now!