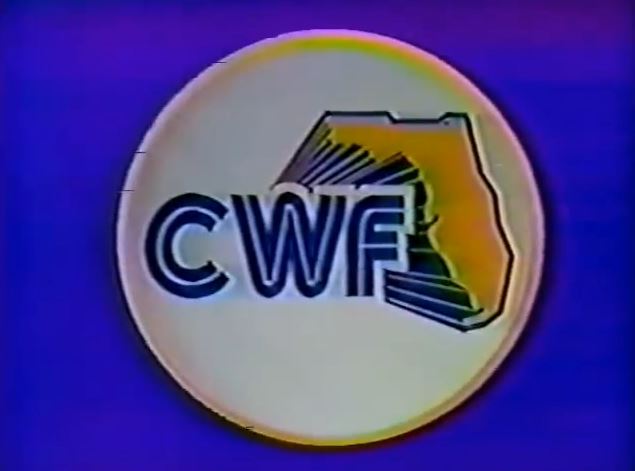 Prior to the first match, Solie shills the latest copy of Pro Wrestling Illustrated with the Road Warriors on the cover.

Believe it or not, WCW had a good show earlier in the week to lead into this one. Above all else they slowed things down a bit and are finally acting like something resembling a wrestling company. We’re coming up on Great American Bash and it’s not really clear what the main event is going to be. Ric Flair was scheduled to be challenging Jeff Jarrett for the World Title but that might have been changed to Ric vs. his son David instead. Let’s get to it.

It’s time for the David Arquette pay per view with the triple cage match which has only been vaguely described on TV. Coming off this week’s Nitro and Thunder where there was barely any build for most of the matches, it’s really hard to get into this show. Maybe there will be some actual effort this time, though I have a feeling I’m going to be disappointed. Let’s get to it.

It’s the go home show for Slamboree and David Arquette is still World Champion. They’ve done a horrible job of setting up the triple cage match as the gimmick has barely been mentioned outside of a video on it early in the buildup. Instead it’s all about David Arquette, who wouldn’t prove to be the strongest draw. Let’s get to it.

Before we get to perhaps the most humiliating moment in wrestling history, I need to know how you only get 1,200 people to a TV taping in 2000. Less than two weeks earlier, ECW drew 1,700 at the house show where Taz returned and won the World Title. The company is on the brink of a free fall and tonight it goes over the edge. Let’s get to it.

Now this is an interesting show as we’re officially into the Russo/Bischoff Era. They’ve had a week and a pay per view to set everything up so now they have no real excuses left. This is going to be the show where we see what their vision is supposed to be, complete with Jeff Jarrett and the New Blood on top. Let’s get to it.

It’s the night of a million tournaments because TOURNAMENTS ARE AWESOME. The company was rebooted six days ago so all titles are vacant and Russo and Bischoff are here with their latest spray painting stable with the word New in the name. The main event is Jeff Jarrett vs. Diamond Dallas Page for the World Title because the one thing from the last few boring months that needs to stick around is Jarrett in the title scene. Let’s get to it.

Now this is the interesting show for me as Monday was all about setting up this new world. This show is the first time where we get to see how things are going to work under the Russo and Bischoff regime. I thought Monday’s show was a disaster so maybe things can pick up tonight. Let’s get to it.

It’s kind of hard to preview this show as it’s all about the company being reset. Russo and Bischoff are coming in to a bigger reception than Hogan back in 1994 because they’re writers and therefore more important than anything else. Since WCW is stupid, this is also the go home show for Spring Stampede, which has nothing set up so far. Let’s get to it.

Now stop me if you’ve heard this one before, but Hulk Hogan’s buddy (and by buddy I mean someone he’s talked to twice) has turned on him and laid him out to end a show. Other than that we’ve still got Sting vs. Team Package because those three are joined at the hip for all eternity, doomed to wrestle each other forever, much like those fans stuck in the airport asking commentators and Kevin Nash about the goings on in WCW. Let’s get to it.

Uncensored has come and gone and I think we’re all a little bit better because of that. I’m not entirely sure what you would call the big story coming off the show but I guess Scott Steiner returning for the second time this year is up there. It’s not a good time to be a WCW fan at the moment and last night gave me no reason to think that is going to change anytime soon. Let’s get to it.

We had to get here eventually. This is one of the lamest sounding shows I’ve seen in a very long time and it’s not something I want to sit through again. The main event is Jeff Jarrett vs. Sid for the World Title, but the real big match is Hogan vs. Flair, because we only did that last year at this same show so it’s high time to do it again. Let’s get to it.

It’s the go home show for Uncensored and it can’t come soon enough. Things have picked up a bit but there’s only so much you can do with the material they’re being given. The main event scene is crowded with the double feud of Sting vs. Luger and Flair vs. Hogan, leaving Jarrett vs. Sid over the World Title at third on the card. Let’s get to it.

It’s the go home show for Uncensored 2000, meaning we might finally get a breather from all this nonsense if we can just get through one more week. The big draw tonight is the return of Hogan and Sting, because that’s what the world needs right now. Other than that we might even be treated to more Jarrett vs. Sid build. Let’s get to it.

Can we please get to Uncensored already? I can’t take much more of Jarrett vs. Sid. It’s not that the match will be bad (even though it will be) but much more than it’s such an uninteresting feud. Jarrett is the US Champion when it could be used on almost anyone else who could use the belt, but instead he’s fighting for the World Title because someone saw a good run from him in the WWF and doesn’t get the idea of “this guy is a career midcarder”. Let’s get to it.

We’re getting closer to the horror that is Uncensored 2000 and Jeff Jarrett vs. Sid Vicious. Both guys are talented and have their place on the card, but the main event isn’t the right spot for either of them, especially coming off HHH vs. Foley and transitioning into HHH vs. Rock. Other than that, since we’re in North Carolina, you can pencil in Flair for a loss or some sort of humiliation. Let’s get to it.

We’re getting closer to Uncensored, meaning it’s time for more matches that people don’t want to see and characters old enough to be our parents. The big story continues to be Sid vs. Jarrett, with a co-main event of WCW vs. the fans in a battle to make us accept Jarrett as anything but the career midcarder that he is. Let’s get to it.

The big story coming out of Thunder is that the old guys are actually starting to mix it up with the younger guys in the form of Dustin Rhodes vs. Terry Funk and Vampiro vs. Ric Flair. I fully expect WCW to screw this up as only they can, but it’s nice to dream for a little while. I’m sure Luger and Hogan will be here tonight to explain how things really work in wrestling. Let’s get to it.

After Monday it’s very clear that this is the old guys/NWO (assuming you still think of them as the NWO) show. The wrestling has taken a backseat to “let’s see how simple a feud the old guys can put together” and it’s really not working too well. There have been a few glimmers of light with some young guys getting some upgrades lately and hopefully they continue tonight. Let’s get to it.