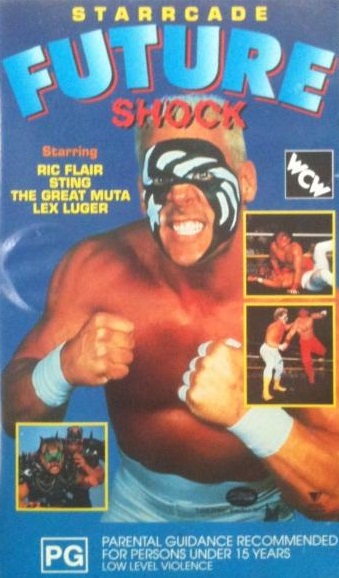 Since WCW used Funk for color commentary on singles matches and Cornette on tag teams, I thought I’d offer my own special guests…read on! 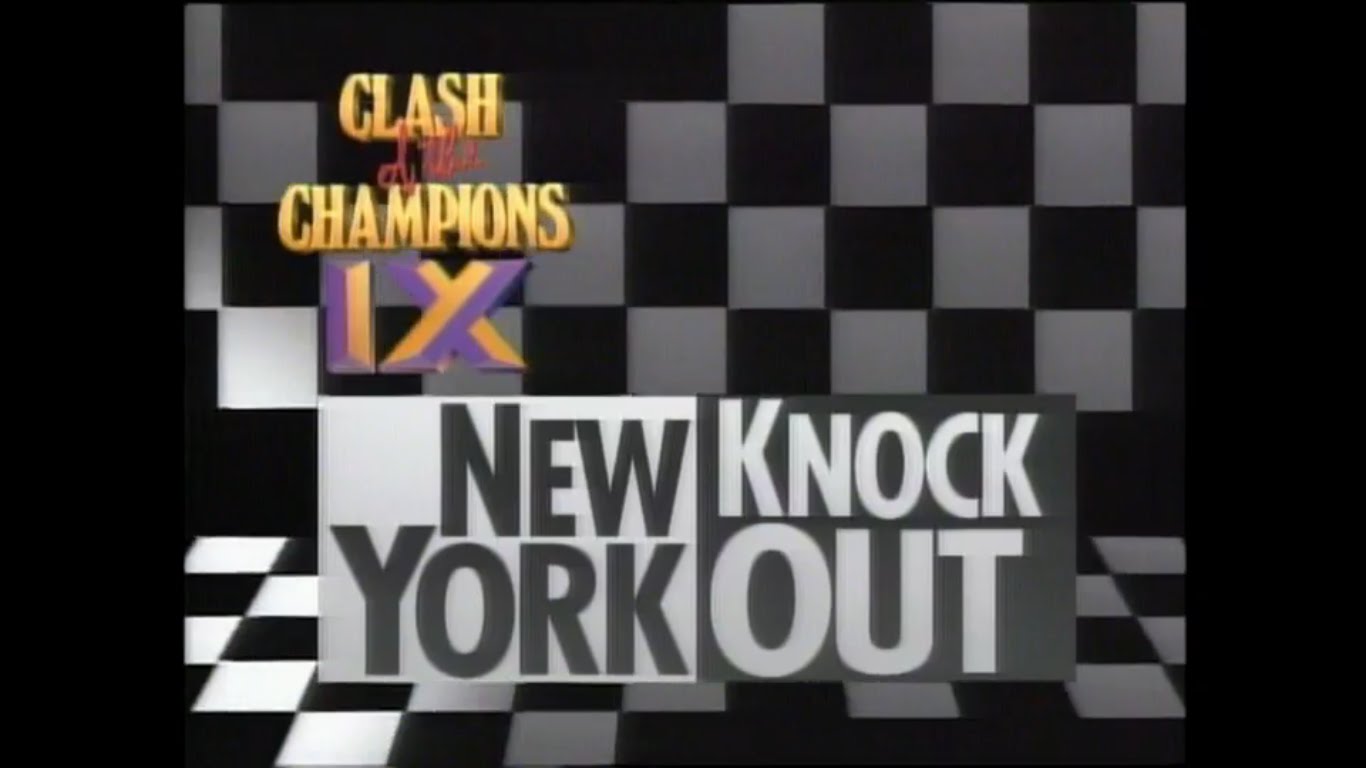 –Todd Pettengill is live from Tampa, Florida from the location of the Royal Rumble.  Jim Ross and Gorilla Monsoon are in the booth calling the taped matches which are still from Liberty, New York.  As long as it gets Todd out of the booth it is fine with me. 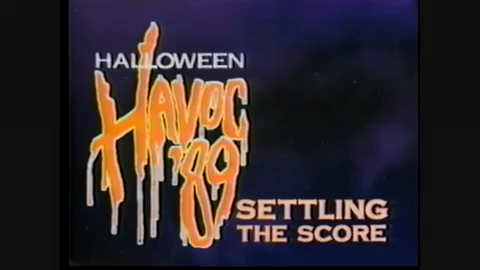 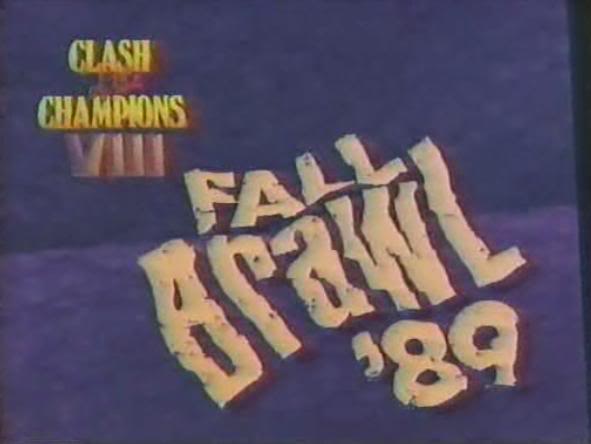 –“Double J” Jeff Jarrett lets us know how great he is going to be in his signing debut on tonight’s RAW.

–Gorilla Monsoon and Shawn Michaels are doing commentary and they are taped from Liberty, New York.  This episode was taped on December 12, 1994.

Although I have reviewed some of the early Attitude Era action on the Blog, I am going to embark on a new project:  reviewing all of the major televised action for the World Wrestling Federation (WWF) in 1995.  Readers are likely aware that 1995 was a terrible financial year for the company, with James Dixon writing in Titan Sinking that Vince McMahon and Titan Sports lost $6 million.  The wrestling industry was in the doldrums in the mid-1990s, reeling from declining ratings; the end of the Hulkamania boom; and lingering suspicions from sponsors about steroid and drug use, which caused the federal government to put McMahon on trial in the summer of 1994.

On a personal note, 1995 was the year that I got into wrestling.  Being exposed to the business during one of its worst times did not phase me since I had nothing else to compare it to.  I knew nothing of workrate or star ratings and accepted Diesel as the WWF champion.  However, it was painfully obvious to me that Bret Hart and Shawn Michaels were clearly the best and I enjoyed their televised matches throughout the year.  Little did I know at the time that both men had a significant rivalry behind the scenes and when it exploded in Montreal two years later it would help the WWF regain its position as the supreme brand of professional wrestling in North America.

These reviews will chronicle major WWF programming in 1995.  We will go through Wrestling Challenge, Monday Night Raw, Superstars, and The Action Zone.  Pay-per-views will also be covered, as will the occasional Sunday Night Slam where warranted.  Win-loss records will be provided for talent throughout the year and matches will be recapped, with reflections on the purpose of those matches and how they fit into existing storylines.  I will also compile other statistics – house show attendance, drawing power for champions – that I will share periodically.  Furthermore, for each week of action I will try to provide a brief calendar of notable events so readers can see the context that all of this booking is fitting into.  The reviews will be posted to the Blog on Tuesdays and Fridays going forward. 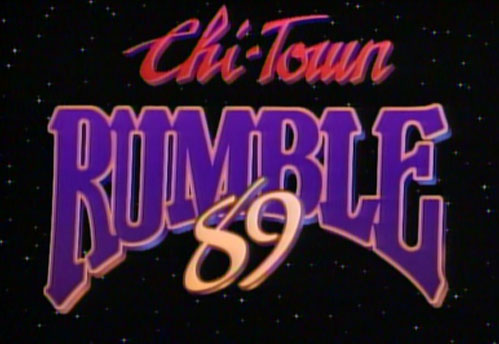 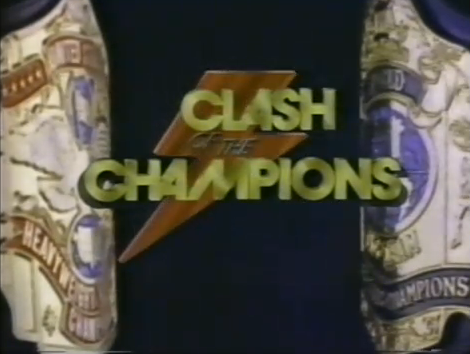 Are you ready to hype Chi-Town Rumble? Well, Ross and Magnum are as they detail what tonight’s show contains and add the spice of NWA World Champion “Nature Boy” Ric Flair and #1 contender Ricky “The Dragon” Steamboat being here. This episode has to be awesome, right? 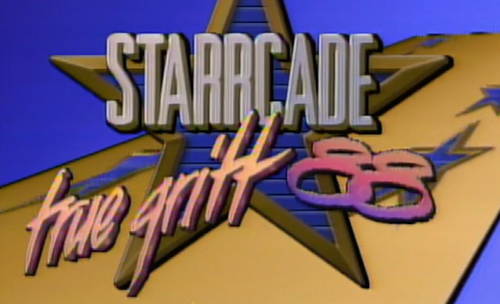 Will the NWA, now under the Turner umbrella, introduce a new champion? Or will they maintain the status quo? Let’s find out!

The long nightmare is almost over as we only have two shows left, including this one. This is the final show before Greed and things aren’t exactly looking up. Monday’s show was full of old guys having bad matches and not enough build to anything other than Sunday’s main event. Let’s get to it.

It’s Greed week and that means we’ll likely hear more about Dusty Rhodes and his rather unfunny stipulation for Sunday’s tag match. Other than that it’s time for the final push towards the pay per view, which hopefully means more of the pretty good Scott Steiner vs. Diamond Dallas Page feud. Let’s get to it.

The roll that WCW was on just a few weeks ago seems forever ago as they’re right back to the mostly uninteresting shows that aren’t getting anyone anywhere. Well save for the Steiner Brothers and the other old acts that is. They’re getting closer to Greed and the card isn’t looking great so far and I doubt that changes tonight. Let’s get to it.

After last week, it’s really hard to say what we should expect here as Nitro worked very well but Thunder was every bit the show you would have expected it to be. I’m liking Scott Steiner vs. Diamond Dallas Page but the rest of the show is so all over the scale that it’s hard to guess what you’ll get. Let’s get to it. 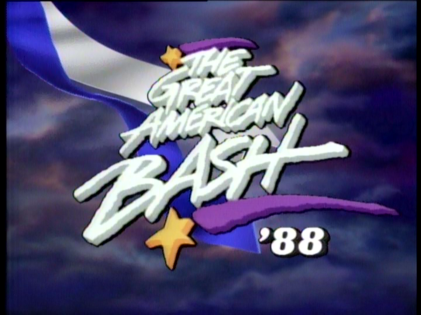 It’s hard to believe we’ve got less than a month to go. The last pay per view is called Greed because the wrestling universe is funny that was. Earlier this week we found out that Diamond Dallas Page was the next challenger for Scott Steiner, mainly because there’s pretty much no one left to do it. Let’s get to it.

Amazingly enough, we’re coming in off a surprise heel turn this past Monday as Rick Steiner joined up with Flair’s group to reunited with his brother yet again. They really aren’t even hiding the fact that this is another NWO clone and I really don’t think anyone minds at this point. Let’s get to it.

While the initial Clash stands on its own as a spectacular, this Clash serves as a promotional vehicle for the upcoming Great American Bash tour. Get out your beach umbrella, fruity cocktail, and sunscreen as we head to Miami, Florida for some NWA wrestling action!

We’re on a Tuesday this week as TNT has stopped pretending that Nitro is the ratings juggernaut it was back in the day. It’s the new era of WCW (the latest one that is) with Ric Flair in charge and evil for reasons that haven’t yet been and won’t be explained because WCW. Let’s get to it.