–Vince McMahon hypes tonight’s Lex Luger-Yokozuna main event, recapping their old feud that began nearly two years ago.  He ignores their WrestleMania X bout but the best part about the package is that it gives the company an excuse to bring back the “I’ll Be Your Hero” song.  Yokozuna’s manager Jim Cornette and Luger cut quick promos against each other before RAW’s opening song kicks on.

–McMahon and Jerry Lawler have the commentary duties and they are still in Struthers, Ohio.  Lawler promises more training footage of how he is preparing for The King of the Ring.

–The WWF blimp is shown hovering over Struthers High School, where tonight’s show is taking place, and Bob Backlund is seen giving a campaign speech, telling students that if they do not get an education the government is going to put them back in slavery.  Vince McMahon does not reveal that the show is actually coming from a high school, though, as he says it is from an arena.

–McMahon and Jerry Lawler are on commentary and they are live from Struthers, Ohio.  According to historyofwwe.com the show drew a sellout crowd of 1,450 fans.  McMahon, like a good promoter, makes sure to mention that the last episode did a record rating.  Lawler gloats that he has tricked Bret Hart into signing up for a “kiss my foot” match. 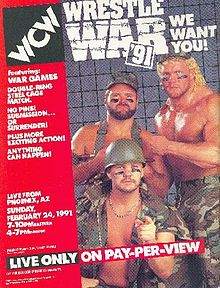 “War” in the desert? Is there some hidden meaning here? 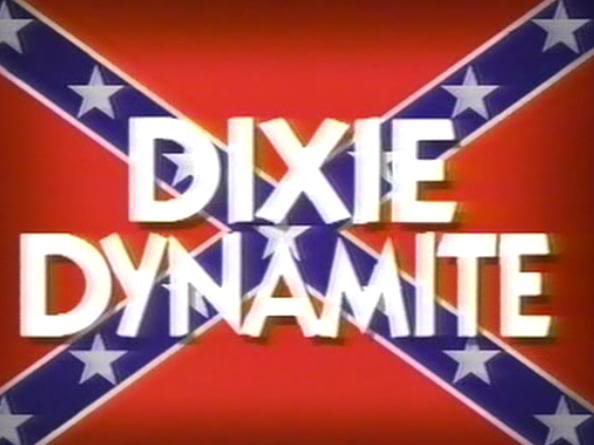 How will the dynamite work? Will this be a blow-away show? Or will this show blow up in WCW’s face? Read on! 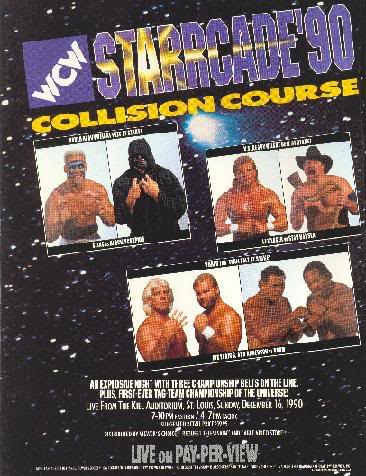 Now that Ole Anderson has been fired as booker, how does the Black Scorpion angle play out? Read on!

Sunday Night Slam was a show that the company aired a couple of times in 1994 and one time in 1995.  It served as a lead-in for big pay-per-view events like SummerSlam and Survivor Series and tried to entice fans to buy the shows by showcasing the major feuds and angles in various matches.  It was not quite a Clash of the Champions concept that WCW was using but it did provide the company with additional exposure on USA Network outside of its usual timeslots for Monday Night RAW, WWF Mania, and The Action Zone.  Later on, the name of the show would be used to hype other pay-per-view events before the Free for All was created in January 1996, but it never again featured original matches.

–Vince McMahon and Jim Ross are doing commentary for the event.  The matches were taped along with several episodes of Monday Night RAW on March 13 in Stockton, California. 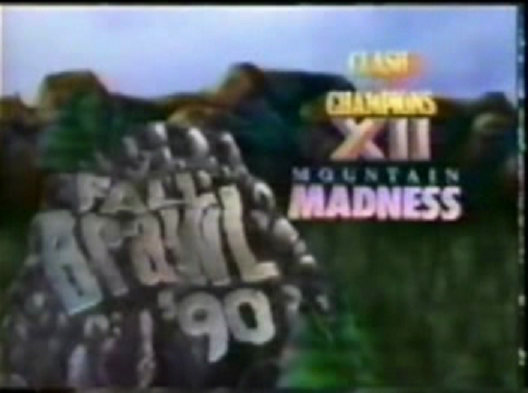 Since last week’s reflection was purged due to unforeseen circumstances, it returns with VENGEANCE!

Who is the Black Scorpion? Can Sting overcome his challenge? Read on!

In response to the comments about whether an Undertaker-Razor Ramon match was ever considered for WrestleMania XI, it appears that the source used by James Dixon in Titan Sinking was a shoot interview with Scott Hall.  When I check Dixon’s notes, the interview comes from an “unknown source,” so yes, it looks like that story is quite dubious.

–Men on a Mission’s post-match attack on the Smoking Gunns on The Action Zone is shown.

–Vince McMahon and Jerry Lawler are doing commentary and they are taped from Augusta, Georgia.

–Jim Ross and Todd Pettengill are in the booth and they are broadcasting from a new taping location in North Charleston, West Virginia.  The tapings were done on February 22.

–Vince McMahon and Jerry Lawler are doing commentary and they are wrapping up the tapings from West Palm Beach, Florida.

–Vince McMahon and Jim Cornette are in the booth and they are taped from Macon, Georgia.

–Lex Luger recaps his feud with Tatanka and says that Chief Jay Strongbow will be in his corner tonight when he looks to finish Tatanka for good.  The beginning of this promo was humorous as Luger struggled to speak and flex his pectoral muscles at the same time.

–Jim Ross and Pettengill are doing commentary and they are at a new taping location in Fort Myers, Florida.  These tapings were held on January 25.

–Todd Pettengill narrates a video package that recaps the Lex Luger-Tatanka feud that has been going on since the summer of 1994.

–Jim Ross and Todd Pettengill are in the booth and they are still taped from South Padre Island, Texas. 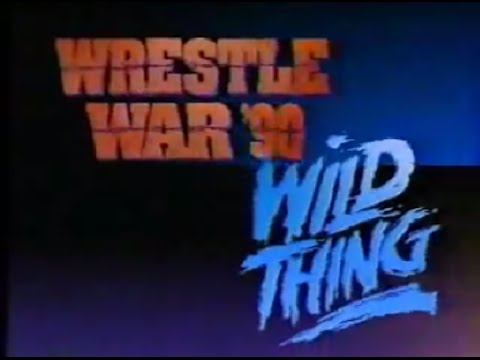 With Sting on injured reserve, can WCW still put together a decent show? Read on!

–Vince McMahon and Shawn Michaels are doing commentary and they are still taped from Palmetto, Florida.

–Vince McMahon and Shawn Michaels are doing commentary this evening and they are still taped from Palmetto, Florida.  The green screen that they are broadcast against is jarring.

–Vince McMahon recaps how the Smoking Gunns became the new WWF Tag Team Champions on Monday Night RAW when they defeated Bob Holly and the 1-2-3 Kid.

–McMahon and Jerry Lawler are doing commentary and they are announcing taped matches from one of the WWF’s favorite locations:  Corpus Christi, Texas!

–A limousine pulls into the backstage area and Pamela Anderson walks out.  She goes to her locker room as WWF wrestlers, led by Dink of all people, hoot and holler.  What?  You expected respectful manners out of a group of wrestlers?

As a side note, when you have been watching tons of television tapings from Liberty, New York in a high school gym for weeks on end it really makes you appreciate the bigger venue that this show is in and it makes everything seem more important.

–Vince McMahon and Jerry Lawler are on the mic and they are live from Tampa, Florida.  What is hilarious about the opening is that Vince tries to introduce the Spanish announce team and Hugo Savinovich just stays seated with his back to the camera.