During the 9/19 episode of Monday Night RAW, a QR code was displayed behind Austin Theory during a backstage segment.

Ken Shamrock has teased that he thinks he could be perfect for a WWE return as the company brings back the Fight Pit returns at Extreme Rules.

At the end of Monday Night Raw, Bayley made her intentions clear when it comes to Bianca Belair’s Raw Women’s Championship! 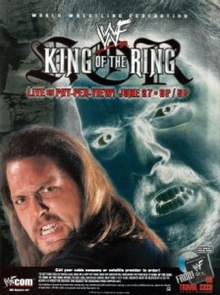 WWF KING OF THE RING 1999 (Qualifying Matches):
* Time for more King of the Ring Qualifying Match goodness! With… the infamous 1999 tournament. Okay, so this one shockingly, like 1996, looks GREAT. On paper. I mean, you have two former Kings (Viscera/Shamrock), a ton of over midcarders (Gunn, Dogg, X-Pac, Godfather, even Chyna), some legit major names (Kane, Big Show). All four subordinate members of DX, Jarrett, Test, and more! Like, ON PAPER this looks like it should be a fantastic, well-fought tournament! And the purpose here is much like in past years: Push a midcarder and hope he gets lifted up to the next level. But of course we all know what happened with THIS King of the Ring reign. Read on!

So, uh, 1999 WWF is somewhat notorious in fan circles- 1997 was the company revving up and being good, 1998 was this incredible peak of business, 2000 had a ton of great workers infusing the Attitude Era with top-level in-ring product… and 1999 is kind of that weird shit year where Vince Russo’s worst instincts were revealed and the in-ring product was mostly ass. And also Owen Hart died shortly before this. You can see weird things pop up right away when all eight Qualifying Matches take place across two back-to-back editions of Sunday Night Heat and not even the main show.

KEN SHAMROCK vs. “DOUBLE J” JEFF JARRETT (w/ Debra McMichael):
(WWF Sunday Night Heat, May 30th)
* Shamrock is the defending King of the Ring, wearing blue trunks, while Jarrett, in silver & red shorts, is now FINALLY getting the reaction bookers have dreamed about for him since he has a heat machine in his ability to deny the crowd see Debra’s “puppies”. I thought Shamrock was a Corporation guy at this point, but I guess not, because he’s hugely over (we’re in the “Union” era). Both guys are on a similar tier here, and this is one of the more competitive Qualifying matches for sure. 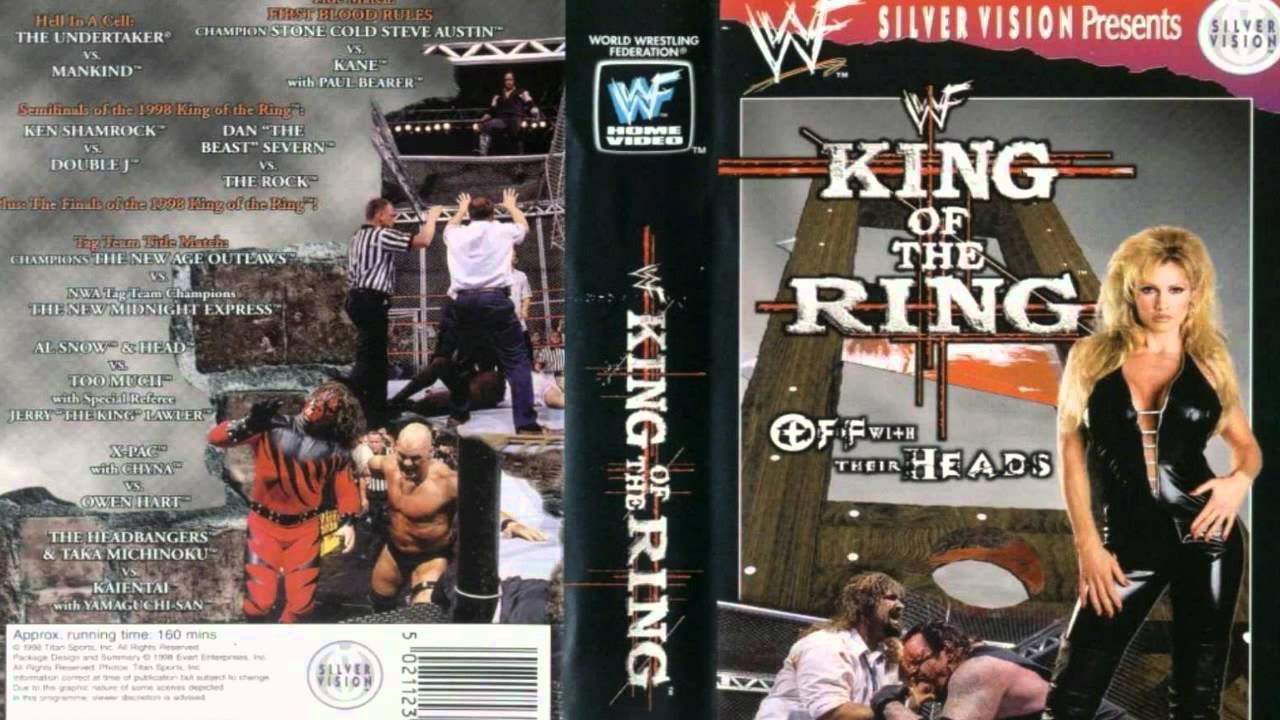 Welcome back to more Dream Matches! This time, we’ve got something weird- apparently when John Tenta was just starting out in wrestling, he was in ALL JAPAN of all places, teaming up with the Ace and weighing only 300-ish lbs., and fighting the legendary Road Warriors!

Also I found more of that bizarre Land of Giants team, as they take on… The Undertakers? Yes- it’s a pair of obese twins with a name the WWF actually bought off of them. Then wen see a “Battle of the Kings” as King Mabel decides to take out Ken Shamrock shortly after his King of the Ring victory- a shockingly good attempt at putting a guy over from MABEL of all people! And then, in a fantastically-terrible bout, come see the legendary POWER UTI, villain of Mick Foley’s first book and national hero of Nigeria, take on the worst wrestler in AEW- Doc “Super Festus” Gallows! And then we cap things off with WCW’s Wrath & Mortis vs. The Faces of Fear in a shockingly-good Hoss Brawl!

JUMBO TSURUTA & JOHN TENTA vs. THE ROAD WARRIORS (Hawk & Animal, w/ Paul Ellering):
(All Japan, 1987.6.8)
* Haha, oh Jesus- look at this! Baby John Tenta, fresh out of sumo and having lost a LOT of weight, is in the early stage of his pro wrestling career in All Japan as the Ace’s tag team partner, and they’re going up against the early form of the Road Warriors, in full black spike-vests and ’80s facepaint! Tenta, in his navy-blue singlet with a Canadian flag on it, is almost unrecognizable, being barely 300 lbs. and scarcely larger than Jumbo- he’s all straight lines! Even at 24 he’s lost almost all the hair on top of his head, though.

We’re on the way to both Rebellion and No Surrender, meaning things are going to slowly start taking shape. That is not a bad thing either, as Impact is a lot better when they have a focus. Odds are we’re coming up on Moose vs. Rich Swann for the World Title, which should be something good. Let’s get to it.

The show has taken a bit of a weird turn in recent weeks and that’s not exactly the best news. The big story this week seems to be Wrestler’s Court as Detective Dreamer continues to try and find who shot John E. Bravo. Other than that, we have the continuing issues of Eric Young and Joe Doering, because the world was waiting for more Doering. Let’s get to it.

It’s the biggest night of the year, or at least it is on paper. Bound For Glory has long since been the top show in the company, though Slammiversary tends to be more fun. Maybe they can change things around a bit this year, though the card isn’t giving me the best vibes. Let’s get to it.

It’s a big night for Impact and we’re on Saturday for a change. I’m not sure if that’s an improvement or not but in this case the card is looking pretty good. The big question this time around is who comes in from WWE/elsewhere, including who takes the vacant spot in the World Title match. Let’s get to it.

It’s a big night as we get to find out the future of the World Title. Last week Ace Austin won the #1 contenders tournament, which was rather odd as he beat someone who wasn’t even entered. Never let it be said that things go as you might expect around here, though that’s not necessarily a good thing. Let’s get to it.

Believe it or not, it’s tournament time around here and that means things are going to get interesting in a few weeks. I’m not sure what to expect here as we are on the way towards…well nothing actually as it’s far too early to know the next pay per view. Hopefully things stay up around here, which has been the case in recent weeks. Let’s get to it.

We’re finally done with Rebellion and that means it’s time to start getting back to normal shows. I’m not sure what we’re going to be seeing around here but we have a new TNA World Champion, because that company needs some nostalgia instead of an interim Impact World Champion. Let’s get to it.

It’s the first night of Rebellion and it’s taking place in an empty arena, just like all of the other big shows at this point. I’m not sure what we’re going to see due to how many people might not be available for the show and that could make for an interesting show. The company has done well in recent weeks so hopefully they can keep it up. Let’s get to it.

It’s the (original) go home show for Rebellion, which has been rescheduled but at least is still airing in some form. I’m not sure what the card is going to consist of but some pay per view material is better than none. Hopefully they don’t set up a bunch of stuff they can’t deliver (not their fault if they can’t) but the show has been pretty good lately so maybe it can continue here. Let’s get to it.

Things are getting interesting around here as they are running out of original content but apparently are going to do a big empty arena taping soon enough. As a result, we could be seeing a lot of Rebellion, though not quite in the same situation. I’ll take what I can get though as they’ve made me want to see the pay per view. Let’s get to it.

We’re almost to the last taping cycle from this company for a good while. Last week’s show ended with the announcement that Tessa Blanchard would defend the World Title against both Michael Elgin and Eddie Edwards at Rebellion. That’s kind of a problem now as there is likely no Rebellion, meaning this could be a rather interesting show if they didn’t edit things. Let’s get to it.

We are about a month away from Hard To Kill and Tessa Blanchard is still #1 contender. That being said, tonight is about ECW, with an “Old School” rules match between Rob Van Dam and Rhino. I’m not sure how interesting that is going to be but it should make the live crowd happy. Let’s get to it.

I don’t know how to say this but the company is on a roll. They had a good Bound For Glory and a rather strong debut on AXS, which seems to actually care about them. That being said, if there is one thing that Impact’s history has taught me it is to never get comfortable with what they are offering as they will instantly make you regret it. Let’s get to it.

This is the real debut on AXS TV and the in-ring fallout show from Bound For Glory, meaning things better be rocking tonight. The show should be a big deal with Brian Cage defending the World Title against Sami Callihan in a steel cage rematch from Bound For Glory. I’m not sure how this is going to go but they need to get this one right. Let’s get to it.

–Eric Bischoff and Bobby Heenan are doing commentary and they are wrapping up Worldwide tapings that took place on November 1, 1994.