Vince McMahon and Bobby Heenan are in the studio for this evening’s show.  McMahon’s workout gear makes it look like he is about to enter a dojo.  They recap Randy Savage coming after Heenan last week after Heenan said he had a date scheduled with Elizabeth.

Gorilla Monsoon, Bobby Heenan, and Jim Neidhart do another round of commentary for the tapings in Reno, Nevada.

Gorilla Monsoon and Bobby Heenan are doing commentary for the last episode of the taping cycle in Fort Myers, Florida.  This is the last WWF telecast before WrestleMania VII.

Vince McMahon and Roddy Piper are in the booth, broadcasting the last show of the taping from Orlando, Florida.

Vince McMahon and Bobby Heenan are the studio hosts for this evening’s telecast.  For this broadcast McMahon is wearing an ugly yellow track suit.

Vince McMahon and Roddy Piper are in the booth, starting a new television taping in Orlando, Florida.  Piper is on crutches because of a motorcycle accident.  According to thehistoryofwwe.com, the taping took place on February 18 and drew a crowd of 9,000 fans.

Gorilla Monsoon and Bobby Heenan provide commentary for the last episode of the taping cycle in Savannah, Georgia.

A replay of the Virgil-Haku match from Superstars airs. 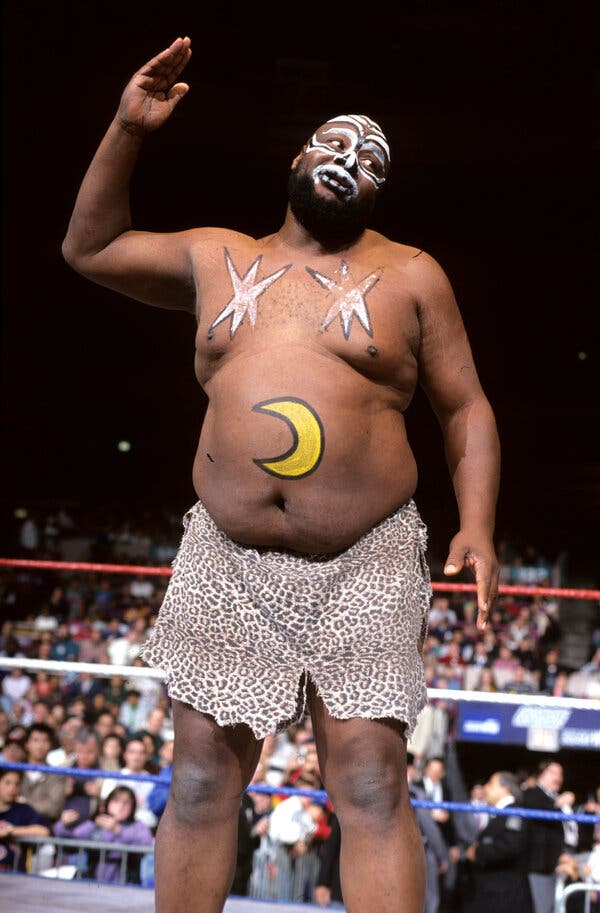 Welcome back to more Dream Matches! This time, we take a look at Jake Roberts vs. Kamala on Saturday Night’s Main Event in 1987! Then it’s a double-whammy of a generic TV match that would be a big Dream Match only three years later- Bland babyface Chris Jericho vs. Bland excursion-era Yuji Nagata on WCW TV in two separate meaningless matches! Scott Norton, brand new to WCW, takes on Tom “Z-Man” Zenk! The Smoking Gunns make their debut on WWF television, taking on the horrifyingly-bad duo of Damian Demento & The Brooklyn Brawler (poor Damian!)! Then it’s the Headshrinkers taking on another makeshift team- Bob Backlund and “El Matador” Tito Santana! And finally “Hacksaw” Jim Duggan vs. The Repo Man in a throwaway “Wait, these guys were still around in early 1993?” match!

JAKE “THE SNAKE” ROBERTS vs. KAMALA (w/ Mr. Fuji & Kim Chee):
(WWF Saturday Night’s Main Event, 1987)
* A YouTube video less than 10 minutes and it’s Jake/Kamala- I can see the screwjob coming a mile away, but still. They’re doing a “black guy is terrified of snakes” bit with Kamala, about which Gene scolds Fuji for signing the match, but Fuji (Kamala’s new manager here) says it won’t be an issue. Gene noticeably shaking the microphone while looking at Damien is a great bit of business- what a pro. This is shortly after the Honky Tonk Man blasted Jake with a real guitar on the Snake Pit, absolutely DESTROYING him legit (and holy god does that look bad). Jake’s got black tights with a blue snake graphic around them.

Vince McMahon and Roddy Piper are in the booth, starting a new round of television tapings in Macon, Georgia.  According to thehistoryofwwe.com, the taping took place on January 28 and drew a crowd of 7,500 fans.

Gorilla Monsoon and Bobby Heenan handle commentary, wrapping up the television tapings in Chattanooga, Tennessee.  They put over the career-ending match booked for WrestleManua between the Ultimate Warrior and Randy Savage.

Vince McMahon and Roddy Piper are in the booth, closing out the television tapings in Huntsville, Alabama.

Gorilla Monsoon and Bobby Heenan are in the booth and they start a new taping cycle in Chattanooga, Tennessee.  According to thehistoryofwwe.com, this taping took place on January 8. 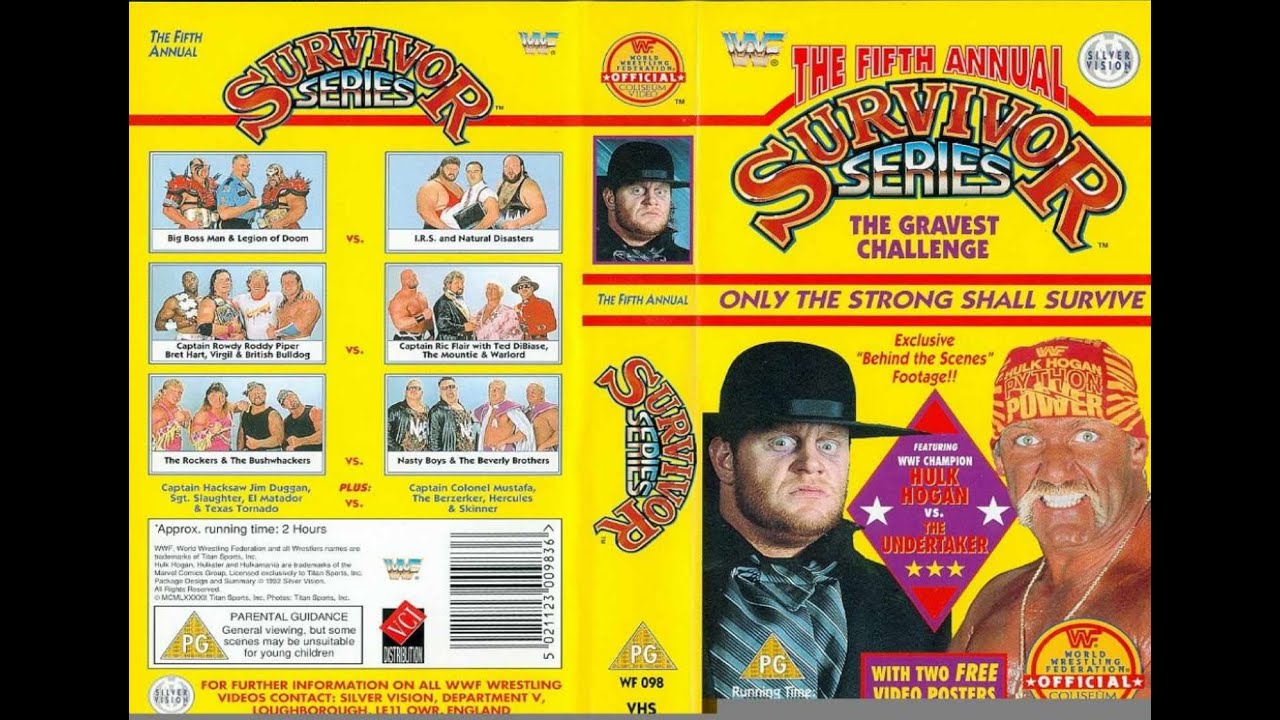 WWF SURVIVOR SERIES SHOWDOWN 1991:
-Hey look! I finally found another one of these shows! Though… this got uploaded in 2018, so I should have been able to find it then! Oh well. We’ve got a big batch of Dream Matches here, with Boss Man vs. Earthquake (same as last year), Roddy Piper vs. Hercules, and even the Million Dollar Title rematch between Ted DiBiase & Virgil- the actual end of their feud that nobody remembers or talks about! And somehow this company was insane enough to give away BLAKE BEVERLY vs. BUSHWHACKER LUKE on free TV! No wonder business bit the dust in 1992!

So this is the go-home show for the Hogan/Taker Survivor Series: “The Gravest Challenge”, which is also the first one with Ric Flair in it, but turned out to be an advertisement for “This Tuesday in Texas”, a failed experiment to put a PPV on a different date.