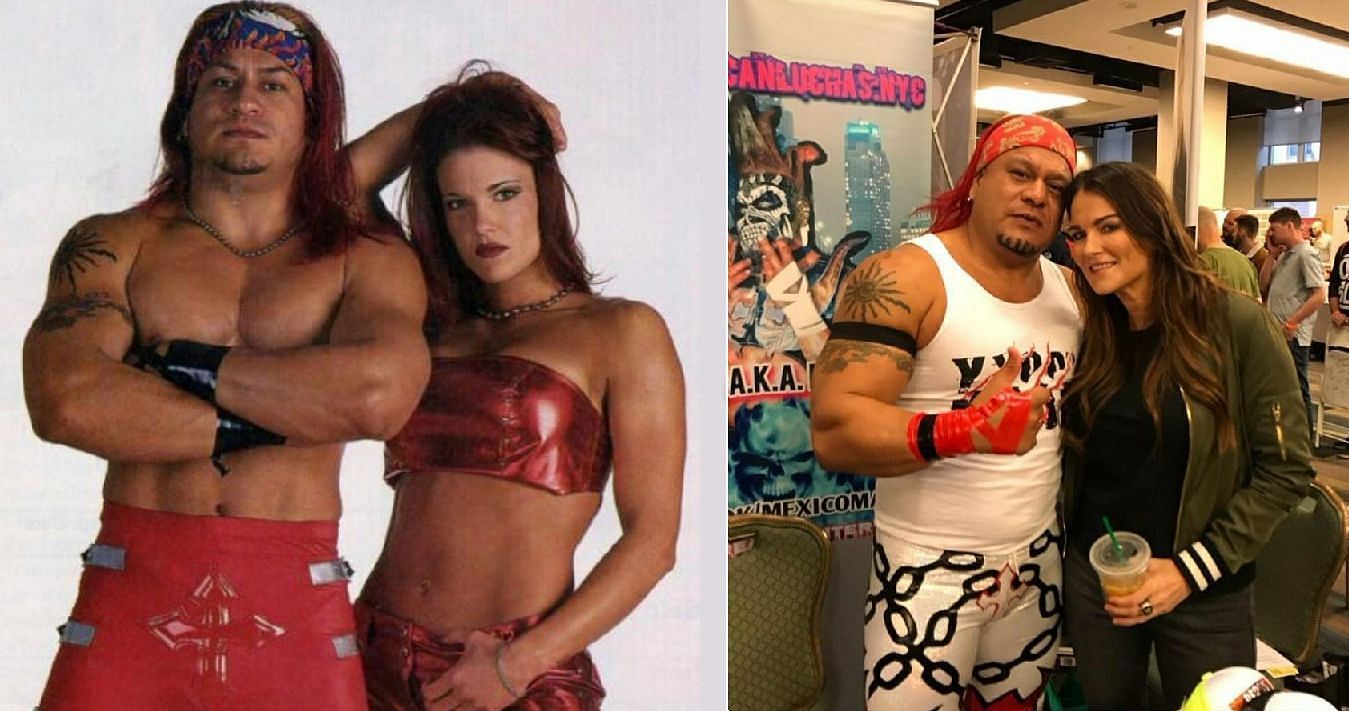 The before-time, when Lita was introduced to the WWF audience as ESSA RIOS’ manager!

Welcome back to more Dream Matches! This time it’s a bunch more WCW stuff, but I throw in more Los Cowboys! We start off with an early Hardy Boyz match as they take on Eddie Guerrero & Essa Rios! Then it’s Yuji Nagata on his Western excursion as he takes on WCCW star Chris Adams, popularizer of the Superkick! A FAT MAN STAND-OFF as the One Man Gang takes on P.N. News!

Then come see Los Cowboys (Silver King & El Texano) as they take on the guys from last week- Doug Furnas & Phil LaFon! But as masked heel wrestlers in Mexico! Then it’s popular late-stage WCW act 3-Count (Shane Helms, Shannon Moore & Evan Karagias) oppose three jobbesr… including ELIX SKIPPER AND SONNY SIAKI, who yeah- were late WCW guys! Late WCW is more like Early TNA sometimes. And finally, as I have some space to fill, here’s the debut of the legendary HORSHU in WCW, as he faces poor schmuck Joey Maggs on the D-show.

EDDIE GUERRERO & ESSA RIOS (w/ Chyna & Lita) vs. THE HARDY BOYZ (Matt & Jeff Hardy):
(WWF RAW, April 17th, 2000)
* Here’s one recommended by Steve Austrian, with strangeness abounding as Lita leads a team AGAINST the Hardy Boyz, because when the former Miss Congeniality of ECW debuted (and had the mandatory surgery), she was the manager of the former Aguila. They barely even tried with Essa Rios, as he barely ever got mic time or any big wins, and quietly vanished. He’s in white tights with red, while Lita’s in a red bodysuit with cut-outs instead of her iconic gear. Eddie, meanwhile, is studying for his GED in an angle I don’t remember, and wearing a “VaChyna” t-shirt. Jeff’s got a black shirt and Matt has his best “2000s club guy” velvety blue shirt on. 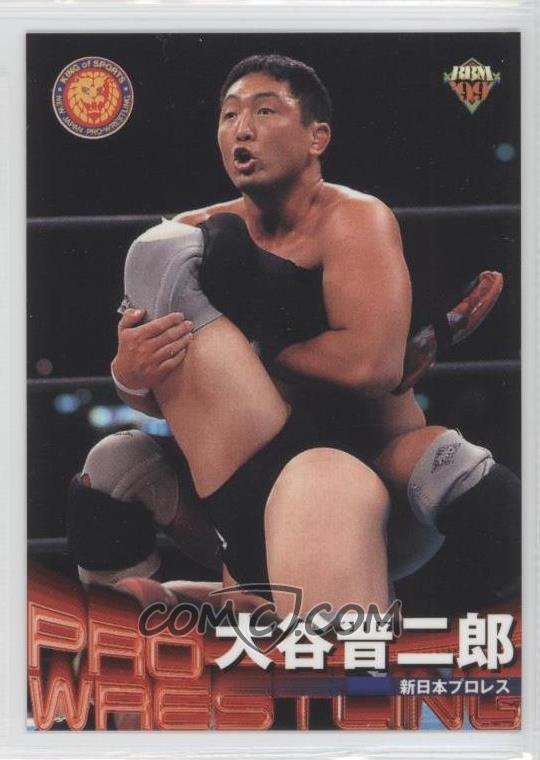 Shinjiro Ohtani: If disdain was a person.

Welcome back to more Dream Matches! This one features a true wild one for me, as we see two of New Japan’s top Juniors… in WCW, taking on the American Males! Koji Kanemoto & Shinjiro Ohtani vs. Bagwell & Riggs! Plus, four of the most disparate guys you can imagine end up in one match- ’80s tag legend Bobby Eaton, ’90s failed Power Plant grad Kenny Kaos, never-was failed ’90s hire Bobby Duncum, Jr., and former Beverly Brother Mike Enos have a tag match on Saturday Night! And I’m pretty sure the ending is buggered!

Then ANOTHER possibly buggered ending, as that weird Late-96, Early-97 WWF era where they’re just throwing EVERYTHING at the wall to see what sticks rears its head, as we have Mexican legends Pierroth & Cibernetico taking on All Japan top team Doug Furnas & Phil LaFon! But check that weird ending!

Also, come see Lex Luger & The Giant take on two roided Power Plant guys I’ve never heard of in “The Power Company” (here called the Power Team)! And did you know that ELIX SKIPPER got his TV start in WCW? It’s true! Come watch him get some showcase as a job guy for Billy Kidman! Plus a random mess of a match as Barry Horowitz is left trying (and failing) to wrestle a lucha-style match against Silver King!

KOJI KANEMOTO & SHINJIRO OHTANI (w/ Sonny Onoo) vs. THE AMERICAN MALES (Marcus Alexander Bagwell & Scotty Riggs):
(WCW Worldwide, Dec. 2nd 1995)
* Oh YES!! Two of the best New Japan Juniors and they go to WCW and end up stuck with the Power Plant pretty boys! Now THAT’S a weirdo “WTF? This happened?” match! Ohtani in particular is THE SHIT, famous for the sheer amount of disdain he holds for every opponent. Kanemoto I’ve seen less, but he was the third Tiger Mask and I’ve seen a LOT of **** ratings thrown his way. The Males are still in the midcard at this point, and OH MY GOD they’re so ’90s. I love Buff’s bouffant hair and Riggs with his dirtbag semi-mullet. They have hideous black & white-striped singlets and jean shorts on, while Ohtani’s in his trademark plain black trunks, and Koji’s dressed like Bruce Lee with a white belt. Curiously the size difference is nowhere near as prominent as I was expecting- Bagwell isn’t any taller than Ohtani from the looks of things.

– Last week on SMW TV… The Fantastics defeated The Maulers to advance to the Finals of the Tag Team Championship Tournament, and that’s pretty much it. The rest of the show was a recap of the entire tournament leading up to that, with highlights from the other five matches already featured in the tournament. The Volunteer Slam is now only two weeks away!