We have a new World Champion around here as Edge defeated Batista and Undertaker in a triple threat match at Armageddon. That is going to be a big change of pace as we head into the new year but now Edge needs a new challenger for the Royal Rumble. I doubt we find out who that is tonight but maybe there is something else out there. Let’s get to it.

We’re almost up to Armageddon and the big story continues to be Edge joining forces with Vickie Guerrero, making them the top villains around here. Edge is set to face Batista and Undertaker in a triple threat at the pay per view and that should make for a heck of a show. The rest of the card could use some build as well though so let’s get to it.

We are almost up to Unforgiven and now we have a bit of an odd main event. This time around, Great Khali will be defending against Rey Mysterio, which kind of leaves Batista out in the cold. Other than that, we might be seeing some wrestlers written off of television for a month after the latest steroid scandal. Let’s get to it.

We’re closing in on Summerslam and the main event is set, with Batista challenging Great Khali for the World Title. That may be a problem for Batista, as Khali debuted a Claw hold, which could cause quite the damage. The rest of the card could use some attention though so let’s get to it.

We’re done with the Great American Bash and we’re still living in the Great Khali’s world. Khali survived against Kane and Batista in a triple threat match and now we need a new challenger. By that it probably means one of the two, and since Kane got pinned, Batista would seem to be a likely option. Let’s get to it.

We’re on the way to the Great American Bash and that could go in a few different directions after last week. Batista beat Edge but isn’t allowed to challenge for the title. Therefore we are going to need a new challenger, but I’m not sure who that is going to be. Maybe we can have a wacky competition to crown a new #1 contender. Let’s get to it.

It’s the go home show for No Way Out, which really needs to wrap up already so we can move on to the stuff that matters. This show has been working pretty well as of late and a lot of that is due to focusing a bit more on wrestling than anything else. Now just make me care about the pay per view. Let’s get to it.

We’re in London, England and we have a big-ass main event with ECW Champ Kane teaming with WWE Champ Undertaker! Oh and it’s also Joey Styles’ last show as he’s moving onto working for WWE dot com (which he did a marvellous job of supercharging) which I’m thankful for as he’d been white noise for months. Let’s hope his replacement will be better. Oh, he’s here at the desk let’s-

”What happens when you take that man’s sun-glasses off? OK! I understand! We won’t go there!” starts Adamle and it’s impossible to convey how awkward and forced he sounds from his opening line and the realisation there’s another hour of TV to go.

Adamlemania continues to run wild as he talks over the ring introductions and repeats everyone’s name to remind himself who everyone is.”They will have a say in tonight’s…*looks at notes* eight-man tag team match.” He notes Kofi Kingston will be CM Punk’s tag partner. ”How do you like me now?” Adamle says Shelton will be teaming with Burke. I mean he’s technically right but he’s talking like it’s the first eight-man tag match he’s ever seen. Domino starts by getting double-teamed by Shan & Wang but it’s hard to ignore Adamle’s dead air and confusion. Punk and Shelton jostle until Shelton hurls him outside the ring and we go to break. We get Burke vs. Punk one last time before Burke leaves forever in a few weeks. Yang gets worked over by Benjamin as Tazz struggles to fill the silence as Adamle can’t think of anything to say. Deuce tags in and gets under the skin of the opposite team while he beats down Yang. I think reminding everyone he was still employed would have been enough aggravation. Eventually he makes the hot tag to Kofi who takes out Deuce with a ”leg kick” and lands the Boom Drop and we get Adamle’s legendary: 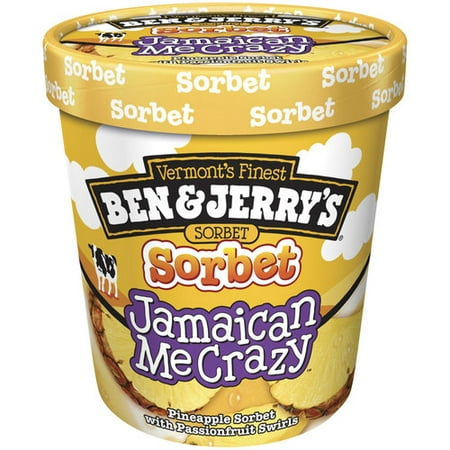 Kofi takes out Deuce with the Trouble In Paradise and it’s ”Uno, Dos, Adios.”

Winners: The goodies (I’m surprised they had a eight-man tag match, last time they were in the UK they didn’t have that many wrestlers on the entire episode. It didn’t matter though, it was a simple multi-man that would have been forgotten instantly if it wasn’t for Adamle’s best Eric The Actor impression.)

Dramatic Recap of last week’s contract signing and there’s not enough video filters on Adobe to make Bam Neely look impressive. Kane reminds us Undertaker is here and Bam is fucked. He’s not on the show tonight so Kane’s right.

Adamle tells us ”The Tazz” is in the ring for Diva Dance Off, somehow managing to overshadow titties and jiggling.

There’s a MIKE KNOX WAS FRAMED sign in the crowd, oh wow remember that whole thing?

Police out of Henry County, Georgia are moving on in the Mike Knox steroid link investigation. They are more interested in finding the supplier of the drugs. Knox formerly lived in a residence in Henry County with three other wrestlers, but steroids were left behind in an attic after they moved out. Knox said the steroids weren’t his, and WWE believes him as they have defended him publicly (and continued to push him on TV).

Jon Bravo has been on the hunt for a while. Anyway, Armando wants Mike Knox to wrestle a competitive match with a future world champion…Colin Delaney!

Colin Delaney vs. Mike Knox
Knox does a better job of disposing of Colin than he did those steroids. Delaney takes some Taz-esque suplexes before Knox pins him.

Winner: Mike Knox (Armando was a glorious shit-eating dick during this Colin feud.)

Adamle starts talking about ”Mike The Miz” taking on Undertaker & Kane in a ”mitch-match” tonight while staring at his notes on camera.

Miz & Morrison talk backstage about being stronger than Kane & Undertaker as they’re always fighting each other. Morrison isn’t scared as Miz is going to be starting the match. Miz looks like he

The Miz & John Morrison vs. Kane & The Undertaker

WWE Tag Team Champions vs. ECW World & WWE Champion. ”You may think he looks like Tarzan but hits like Jane, but you’d be wrong.” OK I’ll give Adamle credit, that’s a good line. Didn’t really fit what he was going for as he was trying put over Morrison but he’s batting low so I’ll allow it. Miz starts with Kane and that goes as well for Miz as you’d expect. Undi takes in and he’s still peak-athleticism so he gets Old School early and big boots a charging Morrison like it’s nothing. Undi tries for the apron leg drop but Morrison stops him like he’s trying to leave for WCW in 2000.

Back from break, Miz & Morrison are working over Undertaker. Tazz calls them the World Tag Champs instead of the WWE ones, Adamle is contagious. Undi resumes offence on Morrison until he tags in Kane. Morrison tags in Miz but he doesn’t want any of him so Kane has to throw him in. That was cute. Kane tries the top rope clothesline but Morrison pulls him off (not like that) so Kane boots him off the apron and Morrison takes a face-first bump onto the floor like a madman. This allows Miz to get the advantage on Kane with his Scrappy Doo offence. Kane gets isolated and worked over but Kane doesn’t tend to sell body-work so he big boots Miz down and tags in Undi. It’s weird seeing Undertaker running so fluidly at this stage of his career. Benjamin Button can’t get a double chokeslam on Miz & Morrison but Kane helps him make it a single chokeslam on both. Undertaker finishes with the Tombstone Piledriver.

Winners: Kane & The Undertaker (Harmless house show match to get Undertaker on the show, who the crowd obviously loved.)

Overall: This would have been a forgotten show if it hadn’t been for Adamle’s debut. Despite the star power in the main event and eight-man tag match, there wasn’t anything that stood out above Adamle’s Holy Shit Didn’t Anyone See If This Dude Could Commentate Wrestling Before Hiring Him performance which was at least 0.8 Art O’Donnell. It would later emerge that Adamle was struggling with CTE, making this all the more alarming.

I’ve been Maffew, I wrote about wXw 16 Carat 2018 last weekend so go read that. And Botchamania 363 will be later today.

We’re in Fayetteville, NC for the last episode before Wrestlemania with ”maybe the biggest tag team match we’ve ever seen” involving all twenty four men involved in the Battle Royal.