Welcome back to more Dream Matches! This week, I have Shawn Michaels taking on both members of the New Rockers, but in separate matches! This is during the year he became WWF Champion for the first time, so it was a pretty big deal. And both Marty Jannetty & Al Snow were good workers, so the matches are pretty good! And then we get a lucha-rules match from late-stage WCW where Rey Mysterio & Eddie Guerrero team up against Blitzkrieg & La Parka for a shockingly great short match! Also since I showed Al’s run as Shinobi a couple weeks ago, here’s part of his run as Avatar! And finally, some of the mightiest of the Rick Fuller Division go up against each other, as the dreaded huge JTTSs of Roadblock and RON STUDD are in our final bout!

SHAWN MICHAELS (w/ Jose Lothario) vs. LEIF CASSIDY:
(WWF RAW, March 25th 1996)
* So naturally, with Marty Jannetty returning to the WWF and forming the New Rockers, it was only fitting that at some point his old partner Shawn would end up wrestling one or the other. Shawn, introducing Jose for possibly the first time in front of fans, was on the road to the Iron Man Match at this point. Humorously, Leif is such a dork he’s seen marking out for both Shawn and Jose, then aggressively shakes Shawn’s hand to start. Shawn’s in red and Leif’s in a black singlet with a neon “X” across it. 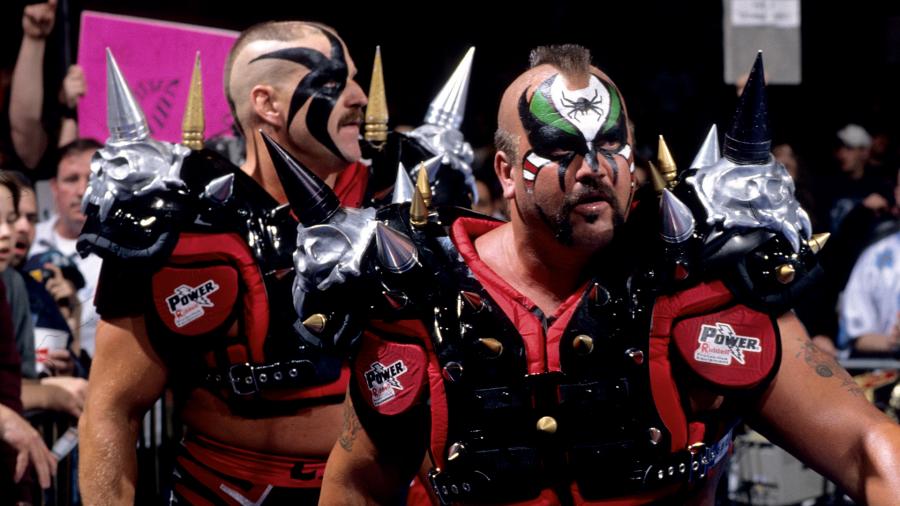 The LOD vs. the RnRs! And not in FirePro! But don’t get too excited, because it’s short!

It’s time for another Dream Matches column! I was really surprised by how much of a reaction my 1995 KOTR one got, so I’ll have a 1996 version next week. This one features the one-time-only tag team match between the Road Warriors and the Rock ‘n’ Roll Express… except it’s given 4 minutes on a WWF D-Show and the Express are heels! Life is weird.

Also up is a DOUBLE-SHOT of Ahmed Johnson vs. Al Snow, as Ahmed takes on Shinobi in an infamous squash match, and then the next year faces the New Rockers’ “Leif Cassidy”. Then we get the Bruiser Brody Memorial Show weirdo match of Abdullah the Butcher & Jimmy Snuka against Stan Hansen & Tom Zenk of all people. And we end it with a WCW Lucha Libre show match starring Psychosis, Felino & El Mosco vs. Blitzkrieg, Venum & Super Calo!

THE LEGION OF DOOM vs. THE ROCK ‘N’ ROLL EXPRESS (w/ Jim Cornette, Jeff Jarrett & Barry Windham):
(WWF Shotgun Saturday Night, Jan. 24th, 1998)
* Yes, this is apparently the one and only time the friggin’ Road Warriors & R’n’Rs EVER FOUGHT, despite the vast amount of years both teams had been around, often in the same company. This seems impossible given how today’s wrestling is, but back then, I guess they just never wanted to run it. On this very blog, someone suggested it and Scott pointed out the Roadies weren’t gonna lose and the Express was better off getting the rub for teams who could play ball with them: https://blogofdoom.com/index.php/2020/05/19/road-warriors-vs-rnr/. All there ever was was a 4-way match I guess. So instead we get a four-minute bullshit match on a WWF D-show, and this is the only time these two legendary squads ever faced each other in a tag match… with Jim Cornette backing up the HEEL RnRs, who are advertised as the NWA Tag Team Champions. Life is weird.

The Express are in red tights with white tassels (coming down to the ROCKERS’ theme music of all things) while the LOD are sorta in their “LOD 2000” gear, with grey shoulderpads- an unusual look for the WWF. The Express are 40 and 42, yet both look nearly fifty- they did NOT age well.

Welcome back to more Dream Matches! This time, I lead off with what is probably Blitzkrieg’s best match ever, as he takes on Juventud Guerrera on PPV. More Hossery as the Faces of Fear take on the Giant Jobber Division of Ron Studd & John Tenta at the same time! Then it’s a rare look at the 1-2-3 Kid in a JTTS match, as Damien “I was NOT a JOBBER!” DeMento takes him on! And I found one of Lash LeRoux’s early matches, up against a “long since stopped giving a fuck” Roadblock. And finally, my “King of the Ring Qualifying Matches” series continues, but with the only two bouts I could find on YouTube. No idea why 1993 & 1995 are there in their near-entirety, but this one only has a couple.

JUVENTUD GUERRERA vs. BLITZKRIEG:
(WCW Spring Stampede, 4/11/1999)
* Here’s another Blitzkrieg match- arguably his biggest, as he takes on Juventud on PPV! Juvi’s maskless and in mostly black (with silver & gold highlights), while Blitz has his best gear on- a slick black/red/silver get-up that’s not as loose as it sometimes is.

Oh man, I found some wild stuff for everyone today! VADER AND EARTHQUAKE as the mother of all Monster tag teams! In the weirdo Fake-Shoot Japanese UWF-I fed, no less!

Also, here’s a horrifying indie match between the Warlord and an ultra-green Ron Reis, plus a tag match in the storied No-Limit Soldiers/West Texas Rednecks feud. And we end things with a Saturday Night match between Eddie Guerrero & Blitzkrieg, as my “check out all the Blitzkrieg stuff on YouTube” series finally continues!

SUPER VADER & JOHN TENTA vs. GARY ALBRIGHT & KAZUO YAMAZAKI:
(UWF-I, 08.10.1994)
* Now THIS is a Fat Man Stand-Off! So Vader/Albright is the big feud in the company at this point, and Vader (the reigning champ) brings it Earthquake for a tag match. Quake is noticeably taller and wider than Vader is, in fact. Both are wearing their standard gear, though Tenta has an oddly blank upper torso, as “Earthquake” has been taken off. Albright was a big kinda homegrown UWF-I star, becoming a big name they were building up. He got pretty fat after this, but here is a barrel-chested guy in yellow, being dwarfed by the opposing team. Yamazaki has no physique, but was a shooter-type guy through most of the UWFs- feeling skipped over for title shots, he bailed for New Japan (his original company) and even sided with them during the “New Japan vs. UWF” angle, training its boys against the “Shooters”.

Welcome back to another Dream Matches column! This week we have another “Wait, that happened?” bout from the mid’90s, as Shawn Michaels in the midst of his IC Title (and Diesel’s early run as a denim-clad bodyguard) push takes on Kamala! Next, it’s from that forgotten era of the Quebecers in the WWF as Pierre is used as a jobber for the intense loner rookie Edge! Then it’s the battle of WCW’s “Rick Fuller Division” with the actual Rick Fuller taking on mighty Roadblock! I mean, SOMEONE has to lose! And we end with a WCW Lucha spotfest, as Juventud Guerrera & the deceptively-stocky Silver King take on Kaz Hayashi & Blitzkrieg!

As always, these are taken from YouTube, so you can watch them regardless of whether or not you have the Network.

WWF INTERCONTINENTAL TITLE:
SHAWN MICHAELS (w/ Diesel) vs. KAMALA:
(WWF RAW, June 28th 1993)
* This one was mentioned by fellow poster Moskow, and you just GOTTA review a trainwreck-looking match like this! Shawn is all in black and has his bodyguard Diesel, but Big Sexy is in all denim, looking like the most 1990s guy ever. One version online is SUPER-clipped, so watch the “two parts” version. 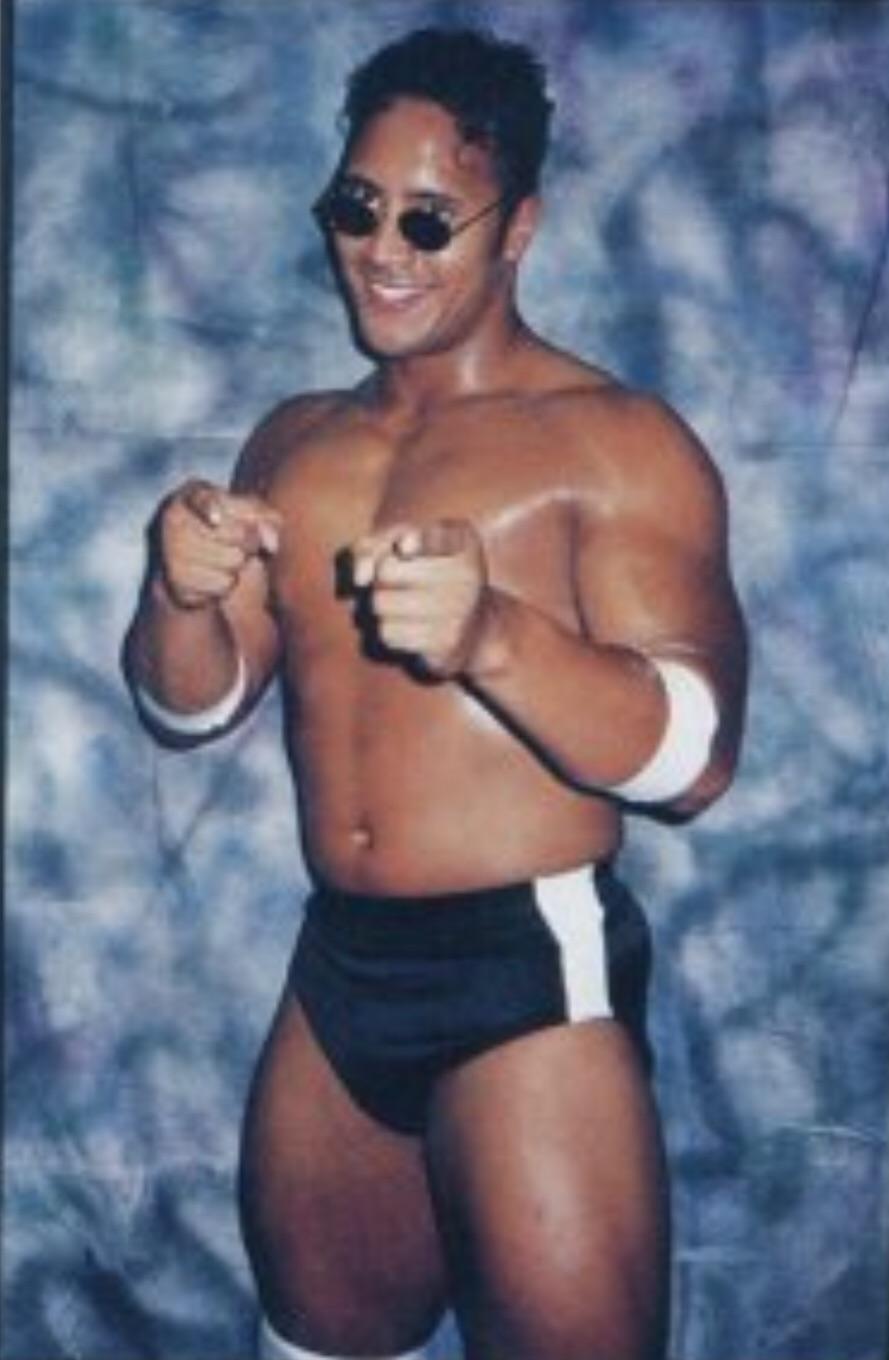 Welcome back to more of wrestling’s most unexpected Dream Matches! This week: it’s 1992 SMW, as Brian Lee the would-be Southern babyface star takes on a green-ass Adam Bomb/Wrath/Brian Clarke in his “Nightstalker” identity! And remember Blitzkrieg in WCW? The skinny white guy who copied all the cool shit he saw from puro/lucha tapes (wait… does that make him the most influential wrestler in history?)? Well here he is against Psychosis! And last week I showed you PCO as “X” in NWA TNA, as he won an X Division Battle Royal in a big debut- here’s his follow-up match against Chris Sabin! And finally, we end things with a sequel to that RINGS match from two weeks ago- this is one of the most beloved “Shoot Style” matches of all time, as Volk Han takes on Kiyoshi Tamura! Puro mat-wrestling fans LOVE this one!

BRIAN LEE vs. THE NIGHTSTALKER:
(Smoky Mountain Wrestling, 1992 sometime?)
* Yes, it’s the ultimate Dream Match of CHAINZ vs. WRATH, bitches! This is from way, WAY early in the careers of both men, with Lee having 4 years to Brian Clarke’s 2. The Nightstalker was infamously bad at this point, to the extent that he looks like THAT and Vince McMahon still waited four years to bring him in. Dude was at least 6’4″ legit and incredibly jacked here, wearing black trunks and gloves. Lee looks pretty hilarious- he has big “Southern wrestler” vibe with the GIGANTIC mullet (even ’92 Crush would be embarrassed), plain black trunks, and bleach-blond hair. He has long, skinny arms & legs with a jobbery physique, so with his huge height he just looks like someone made a jobber version of one of those “growing dinosaurs” that gets bigger in water.