Made a mistake last week going by the usually reliable wwfoldschool listings which gave the dates for these tapings AFTER the ones I was typing up, so we’re going back a month or so to catch up. It really sums up the UWF when you can skip four episodes and not notice.

These are the first set of tapings post-Beach Brawl, with Herb fulfilling his contractual set of tapings for SportsChannel America by re-airing the whole PPV across several weeks. So these tapings aired on Californian channel Prime Ticket which is probably why some sites are a bit uncertain as to where they fit in the UWF timeline. The only positive going right now is that the LPWA did an even worse buy-rate than Beach Brawl for their Super Ladies Showdown PPV in February so it’s all systems go for Herb.

Other than Tolos replacing Bruno on commentary, the show starts with BREAKING NEWS that Bob Orton is now the…UWF Southern States Champion? 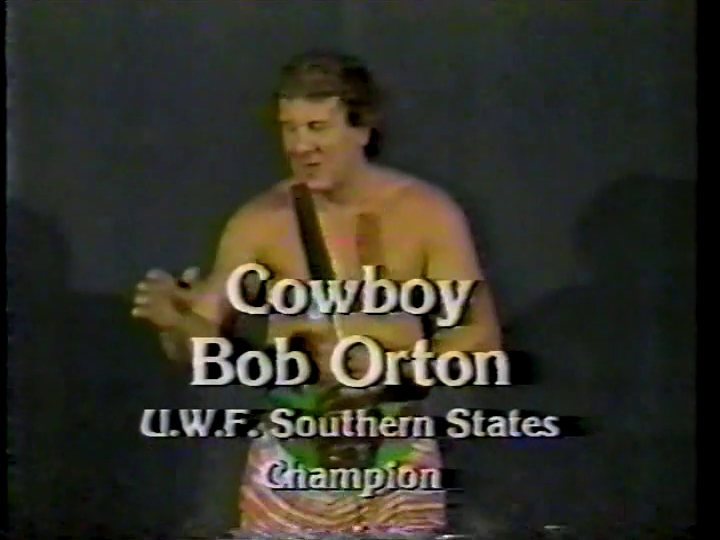 Orton says nice things and politely requests a match with Paul Orndorff at some point. OK so we’ve got a new belt, new champion and new character for the suddenly white-hat-wearing nice Bob.

DeGeorge informs us that Orton took the belt “away from Ronnie Garvin in St. Louis, Missouri.” I’m so far into the Herb rabbit hole that I actually respect this level of shitehousery. The Auditorium is well-lit and the production crew have the sense to show how full it looks. Apparently in an audience of 900+ only 300 paid, but it’s still better to have a full, small venue than an barely-occupied arena (Five Star Wrestling disagreed). Midnight Star looks rubbish but Orton still gives him some of his Daffy Duck selling after taking an Irish Whip into the corner. Star tries to take a breather but Bob drags him into the ring and onto the top rope via his mask to finish with the Superplex. Nice, brisk match for the new champion. Star didn’t have the Midas Touch. Herb then interviews Bob who tells the kids to train hard to emphasise what a nice guy he is now. Crowd accept the change because no-one’s being paying attention to the company anyway.

Oh and one small note on commentary from DeGeorge: Steve Williams is no longer the UWF SportsChannel Television Champion for “not fulfilling his contractual obligations” which translates as “I didn’t have any shows booked and when I asked if he was free, he told me he wasn’t.” At least the TV Title is continuing it’s legacy of made-up tournament matches and rushed finishes to then be immediately stripped from the winner without any defences.

DeGeorge announces a new tournament for the belt. Take a guess on if that happened or not.

The crowd chants for “U-S-A” very loudly and the auditorium shakes with their collective stomps which is impressive considering the Soviet Union stopped existing several months ago. Steel looks like Gypsy Joe which is a good thing if you’re in your fifties but a cause for concern for a guy in this early thirties. Koloff dogs Steel and his Danzig haircut with Jake’s only heat coming from a bodyslam but Colonel Red distracts the ref so Koloff can smash his opponent with the Russian chain. Great heat for a nothing match, highlight was a fat fan rushing to ringside to yell at Colonel Red for existing.

Remember the start of Red Dwarf Series 3 where they summed up everything that had happened between the series with a deliberately quick text summary and suddenly “hey, Kryten is part of the crew”? Well this is how this feels. Red introduces us to Vladimir Koloff because current affairs be damned, evil Soviet wrestlers is a gimmick that will be around forever. Vlad’s bald head and goatee are a blatant attempt at making people think it’s Nikita, like Artie Lange wearing a blond wig for Lost & Found so you thought he’d be like Chris Farley. 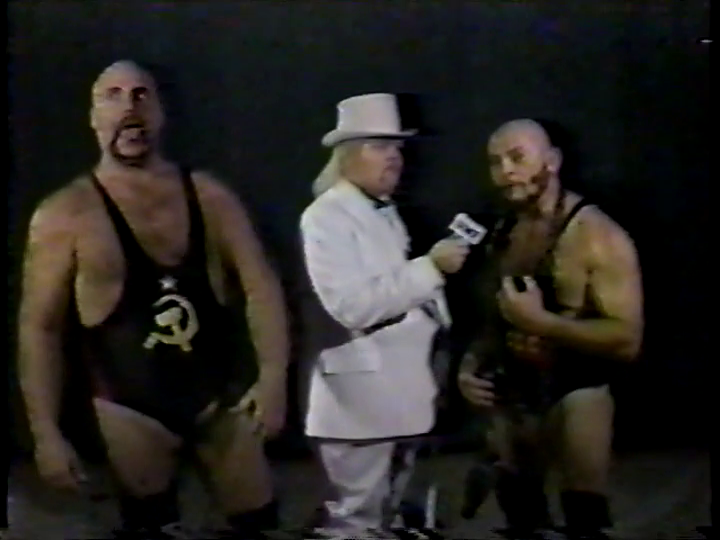 Red says all the best wrestlers come from The Soviet Union and we should all shut up. Vladimir would team with Ivan for a few years before stopping to not do that.

Paul was last seen feuding with Col. DeBeers but he’s gone so now he’s dealing with Tommy, who would somehow manage a tour of AJPW later in the year before retiring in 1994. His forehead makes Tony Nese’s look like Beetlejuice so it’s easy to see what AJPW saw in him. Paul lets Tommy get a crap elbow in before sending him outside onto the concrete, leading him to finish with a dropkick and finally the Piledriver dents the canvas.

Nothing much here but crowd loved Paul and that’s all that mattered. Herb informs us Paul will be challenging the new champion Bob Orton and God bless Orndorff for giving it his all in the promo, saying he’s going to give it his all for “that belt that the whole world wants.”

Pez Whatley vs The Marauder

Hey it’s WWE Hall Of Famer Pez Whatley. I don’t know much about him but I appreciate seeing someone who appeared in Bill Watt’s UWF, Herb’s UWF and Takada’s UWF-i. Tolos puts Pez over by stressing how much he likes “that jazz”. Pez starts dancing to mock his opponent which causes Marauder to bust out a…criss-cross which gets ignored and headbutted. Rest of the match was like watching two fish flop around on land until Pez no-sells some head-slams into the turnbuckle because he’s black and it’s the misunderstood time of 1992 before ending with a running crossbody. The Marauder is Fabuloso Blondy who would spend the rest of his short & chubby career in Mexico.

Wet n Wild returning after a trip to AJPW because that company was not picky when it came to flying over Americans in 1992. None of the jobbers get any offence in before taking every move these blond doylums know, with the AJPW tour doing wonders for their self-esteem. After a dozen or so double dropkicks and powerbombs, an atomic drop/clothesline combo finishes. Tolos yells this is the best UWF in the country.

Our main event segment is a Boogie Woogie Man Jimmy Valiant promo! He yells at Colonel Red for having turned on him baby despite Jimmy help teach him baby but he’ll take it out on the Koloffs baby (the last baby was silent). 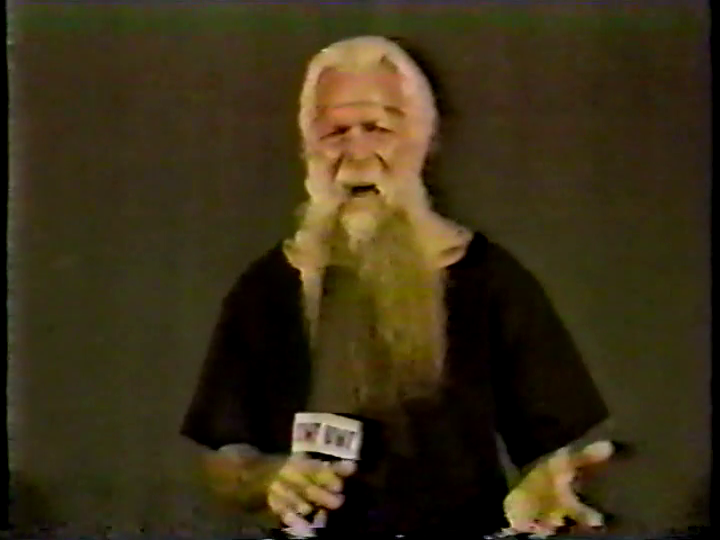 Overall: Watching UWF continue on after Beach Brawl is like watching Scrubs try to carry on after Zach Braff left. And I can’t wait to see how far down we go.