This Raccoons column is brought to you by…the many ways Melissa Raccoon is my spiritual animal when it comes to my reactions when reading the Internet: 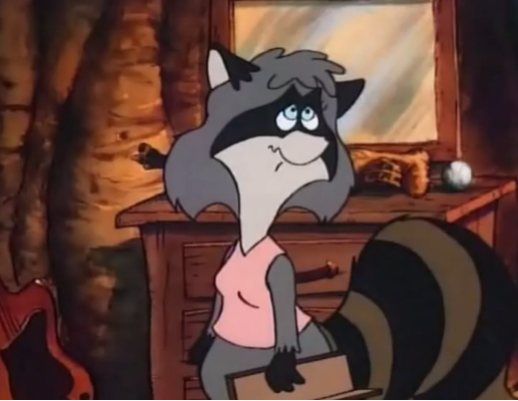 Today, I felt like addressing a few things that came to mind when I read the comments for my first BOD review.  (thanks Scott, by the way, and everyone who liked the Picture Perfect! review)

First, how I came to be a fan of this show.

I first saw The Raccoons when one of our local stations carried Lost Star when it premiered in 1983.   In the years to follow, the things I remembered the most from it were: 1) the puppy named Broo and 2) the guy (Cedric) who was friends with the good guys and the bad guys.  And 3) the “chocolates” scene when Cyril sabotages Cedric and Sophia’s date.

Somehow the series went under my radar when it was first run and appeared on The Disney Channel.  I am not entirely sure how I stumbled about the franchise again.  I might have read about it in TDC Magazine, and/or I think I happened to see part of a rerun on TDC, yet what it was didn’t totally register with me yet.  If anything I was more interested in the end theme, as we ALL are, I’m sure.

Whatever the reason, it was late 1991 or so when I made an effort to start capturing the show on VHS.  The first time I did so happened to be when they reran Lost Star, which was when all my memories came back to me.  I think the first full episode I saw was The Chips Are Down! (the allegory for drug addiction where Bert can’t stop buying potato chips).  I’d set the VCR before going to school every day…by then, the show aired 11:30 afternoons on weekdays.  It was, I believe, February 1992 or so when I recaptured Lost Star. (Somehow, I taped over my original LS recording from the first time. This one aired the same week Undertaker turned face; that Superstars episode preceded the recording on the same tape) In fact, I think by that time, the last year or so that The Raccoons would be seen on The Disney Channel, LS was the only special they still reran.  And not necessarily when they had to go back to the beginning of the series.

(I THINK they still showed Let’s Dance, the cheater special with music videos set to clips from the three other specials.  But I never saw a TDC airing myself.)

And for a while, I believed that Lost Star was the first anything in the franchise.  When one of our video stores went out of business, however, I discovered the real first two specials (Christmas Raccoons and Raccoons on Ice) as they were selling off a two-fer VHS of both.

The rest, as they say, is history.

About 20+ years ago I wrote for an Unofficial Raccoons website headed by Jim Gilsinan.  Mostly recapping the specials.  An example of which made IMDB: my list of edits made from Lost Star when it was divided into two parts in some markets.

Here’s what my Raccoons timeline is like (for the person who brought up the matter of continuity and the changes seen in the franchise)….

Christmas Raccoons (didn’t happen/did happen)  : Principal characters introduced: Bert, Ralph, and Melissa Raccoon; Cyril and Cedric Sneer; Ranger Dan and Julie and Tommy; and Schaeffer the dog.  Most of it was a dream, but at the end we see the Raccoons are real.  So maybe after this special is over, Schaeffer does befriend them in real life too.  Now, did reality play out like the dream did with the Sneers and Raccoons, or…?

Raccoons On Ice (Did happen) : Snag, Cyril’s bear henchmen, and Sophia Tutu debut here.  Nothing suggests it was a dream, so this goes by the pattern many season one eps. went through: The humans have their own space, the animals the other.  Schaeffer goes between the two worlds and the humans have little to no idea what goes on in the Raccoons’ community.  The humans scenes are like bookends to the animals’ adventures.

Raccoons and the Lost Star (Didn’t happen) : Broo and the Pigs first appear in this.  It’s all a fantasy starring Schaeffer’s friends as he dreams about them.  The humans adopting Broo is just a coincidence.  (I wonder what they thought when Broo one day disappeared to live with a bunch of Raccoons?  And when Schaeffer takes up residence in the Evergreen Forest too, for that matter)

Let’s Dance! (????) : At first, I thought nothing suggests it’s a dream as strongly as the other examples.  But…it’s a little farfetched that Bert went to NASA and commandeered a rocket ship that he flew over Schaeffer’s house.

And then the series picks up at this point.  Some episodes in Season One follow On Ice’s format, in one we actually see Tommy and Julie doing things outside of the beginning and end!  Then, we never see the humans again.  After realizing their forest was being overtaken by talking animals, they probably effin’ killed themselves.  (Bert Raccoon is Trash.)

And that’s all for this time!  Go to Dunkin’ now, as they seem to be closet Raccoons fans : 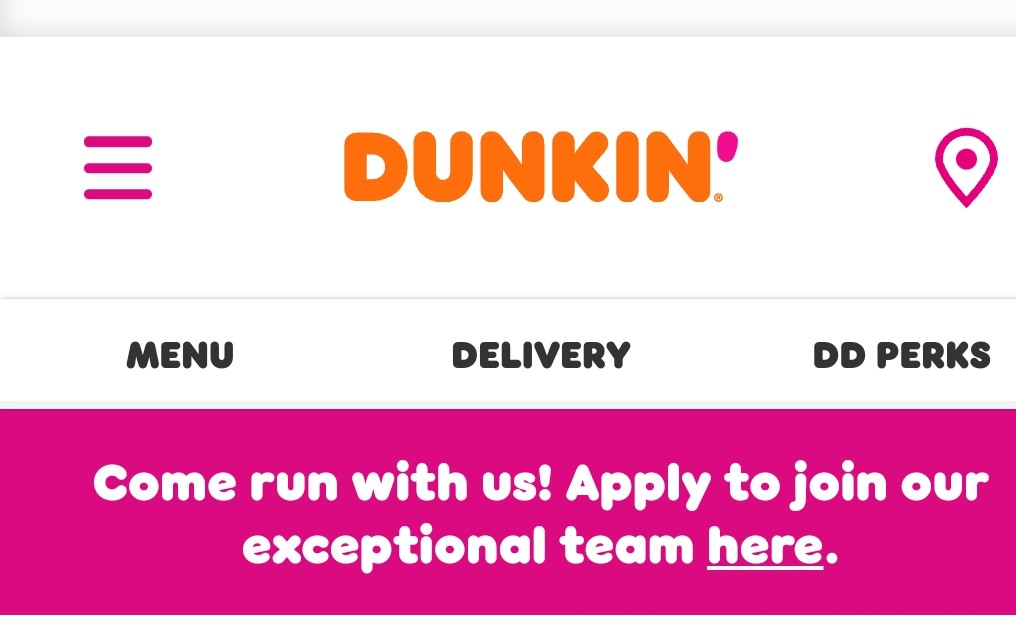 (though of course, I’d think the Raccoons would prefer Timmie’s)