Coming off the tremendous Super Clash ’85, could the AWA follow it up with a great ESPN show? Martel has a title match against…Kamala? Be afraid. Let’s cautiously make our way in…

Commercials are back! Woohoo!

Drink the official beer of the AWA—Budweiser! With the main event of this show, I might need a few.

Get The Beach Boys Forever on album, cassette, and 8-track! OK, so we’re getting some of the same ads from last time.

Summary: Kelly tried, but Bockwinkel took him to school. 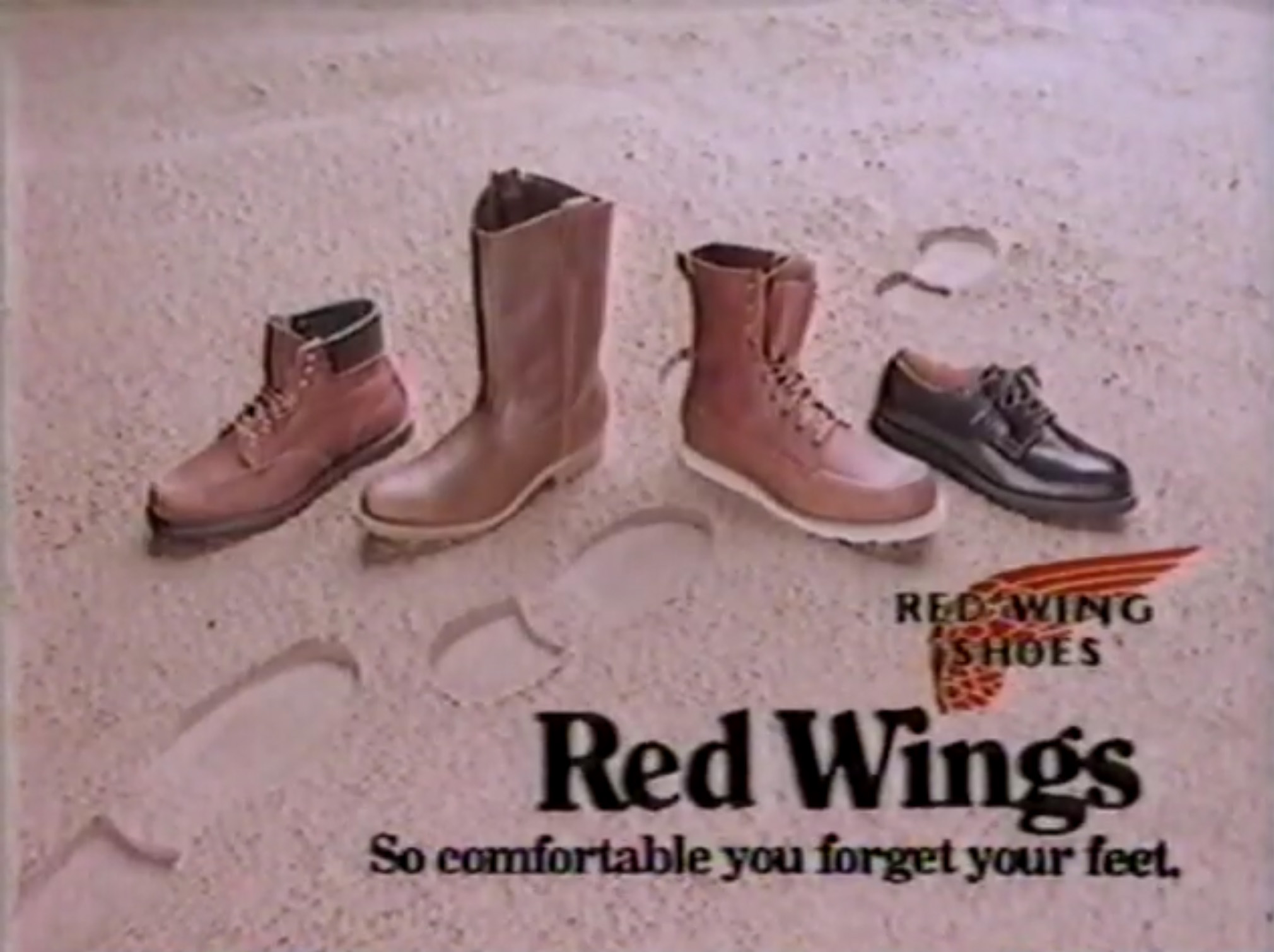 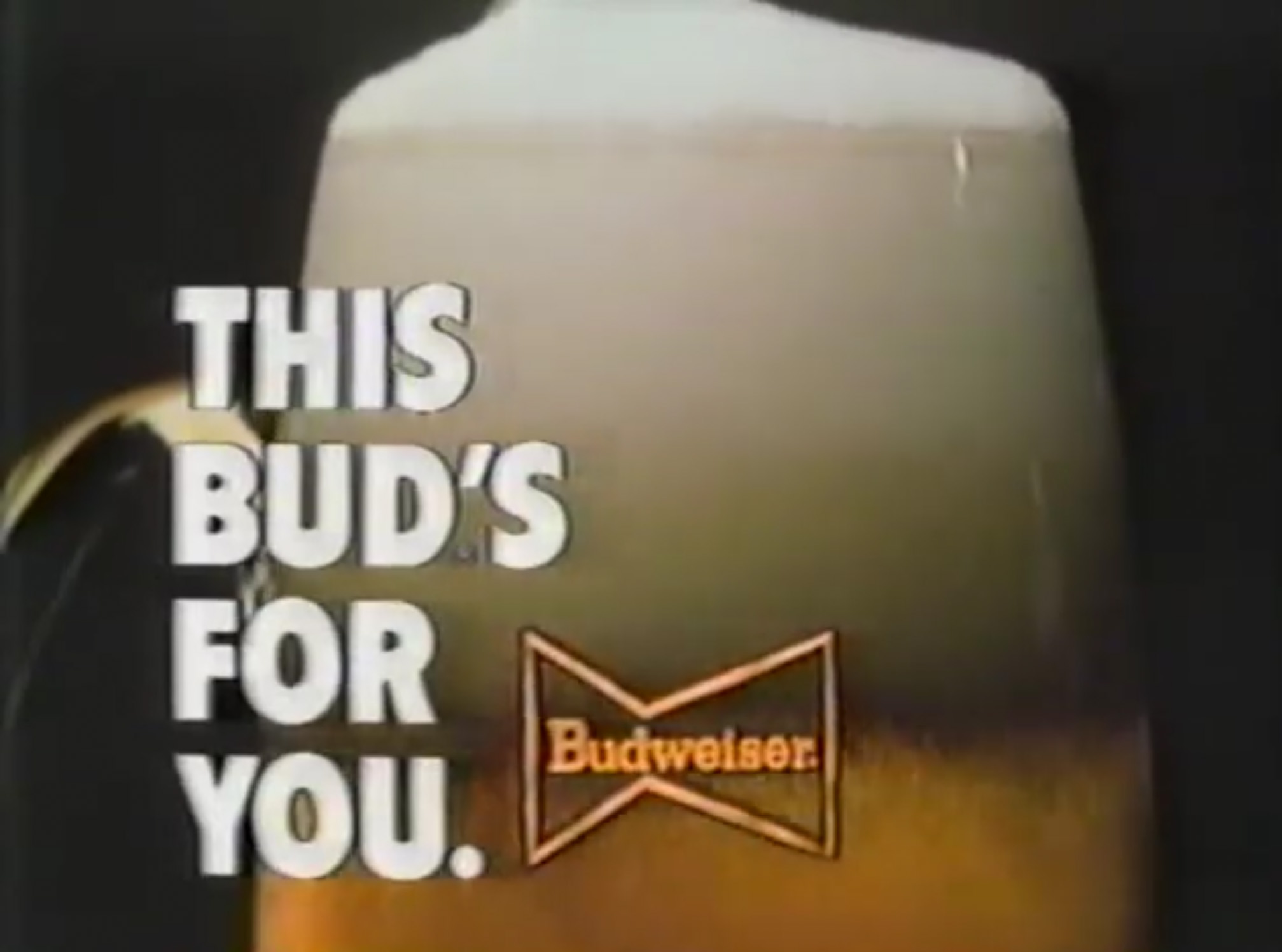 Nelson interviews Bockwinkel with Stevens. As Bockwinkel hopes Kamala doesn’t take the World title “back to Africa,” his advice to Martel is “to use leverage and science.” You know, if Kamala took the AWA World title to Africa, would he and his friends still ask us for iPhones and Macbooks? 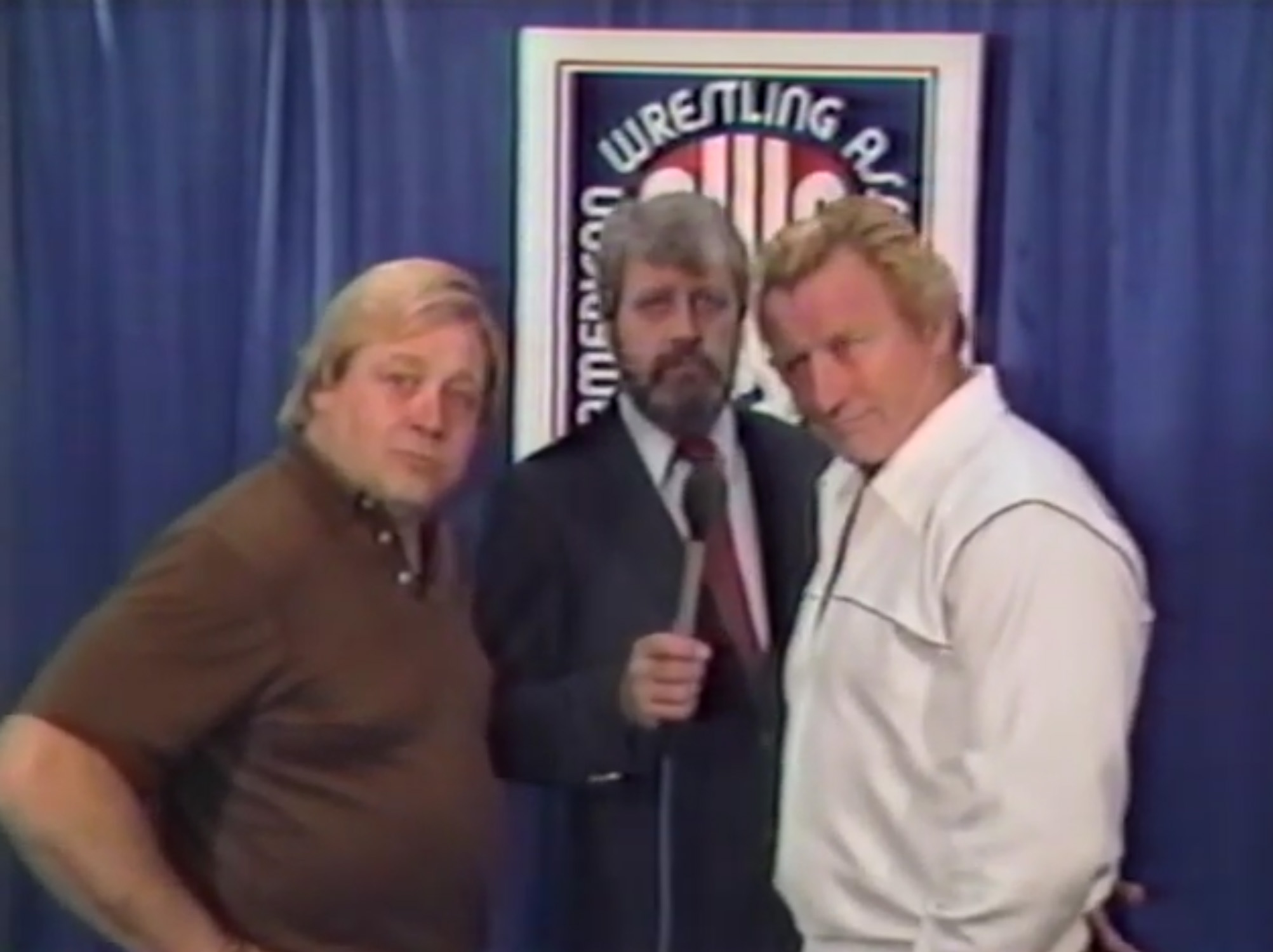 Go to Plummer Auto for all your automobile needs. 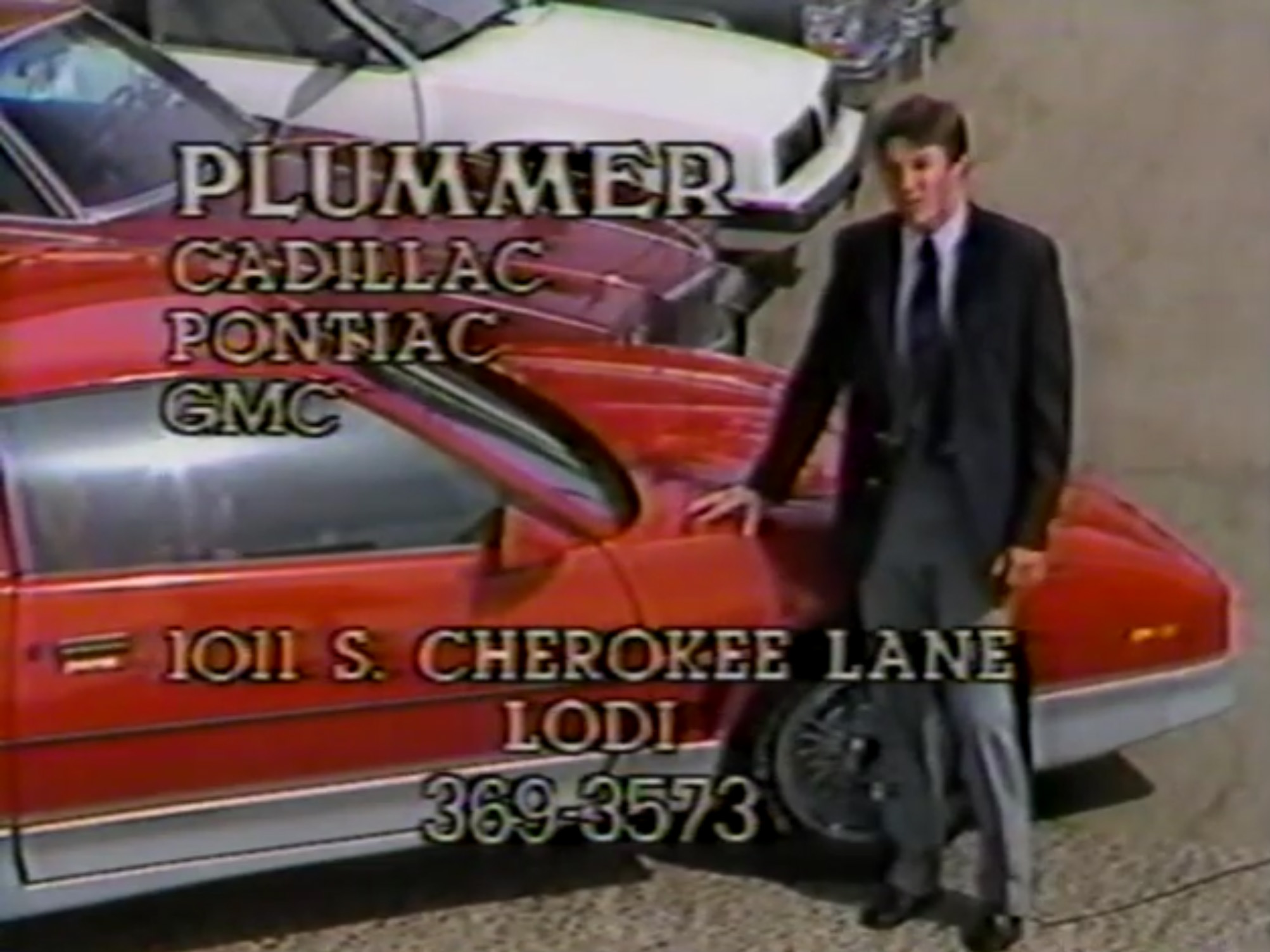 Head to Eckstrom’s for your home repair needs.

Summary: Showcase match for Hansen while the dropkick earns a ½*.

After the match, Hansen yells “get ready, Martel” and WHACKS Garner across the head with a cowbell. He chokes Garner with his bull rope and rams him head-first into the broadcast table. Heinous!

Get your knock-off jewelry from Schreiber for only $19.95. 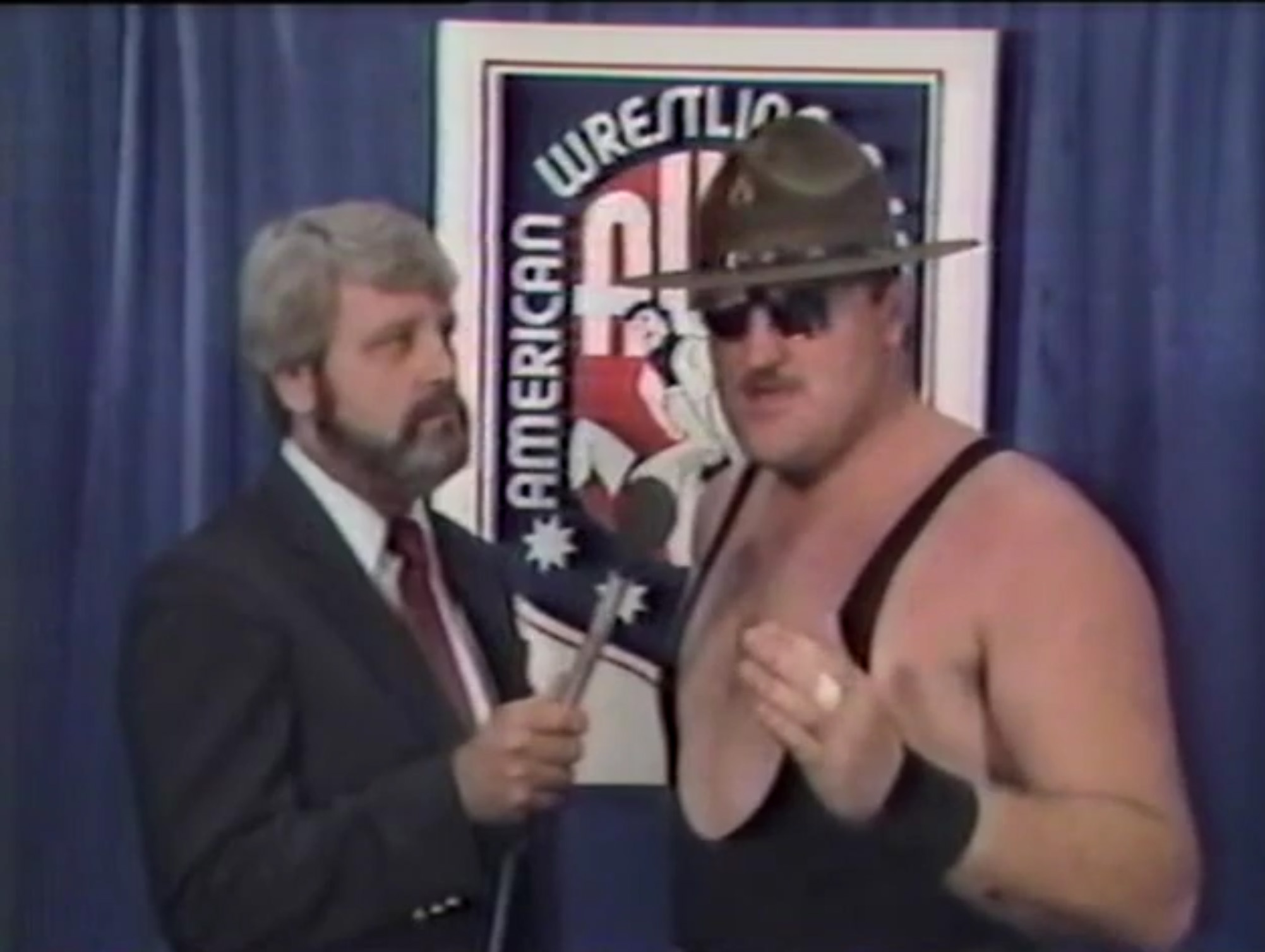 Order Liberace and the London Philharmonic Orchestra for only $11.98.

Summary: Since Orowski seemed like either a Rheingans student or nobody, I thought he’d eat the pin. Instead, he pulled his weight, and his team earned a draw against the evil bikers.

Get your next vehicle from Dennis Plummer in Lodi. 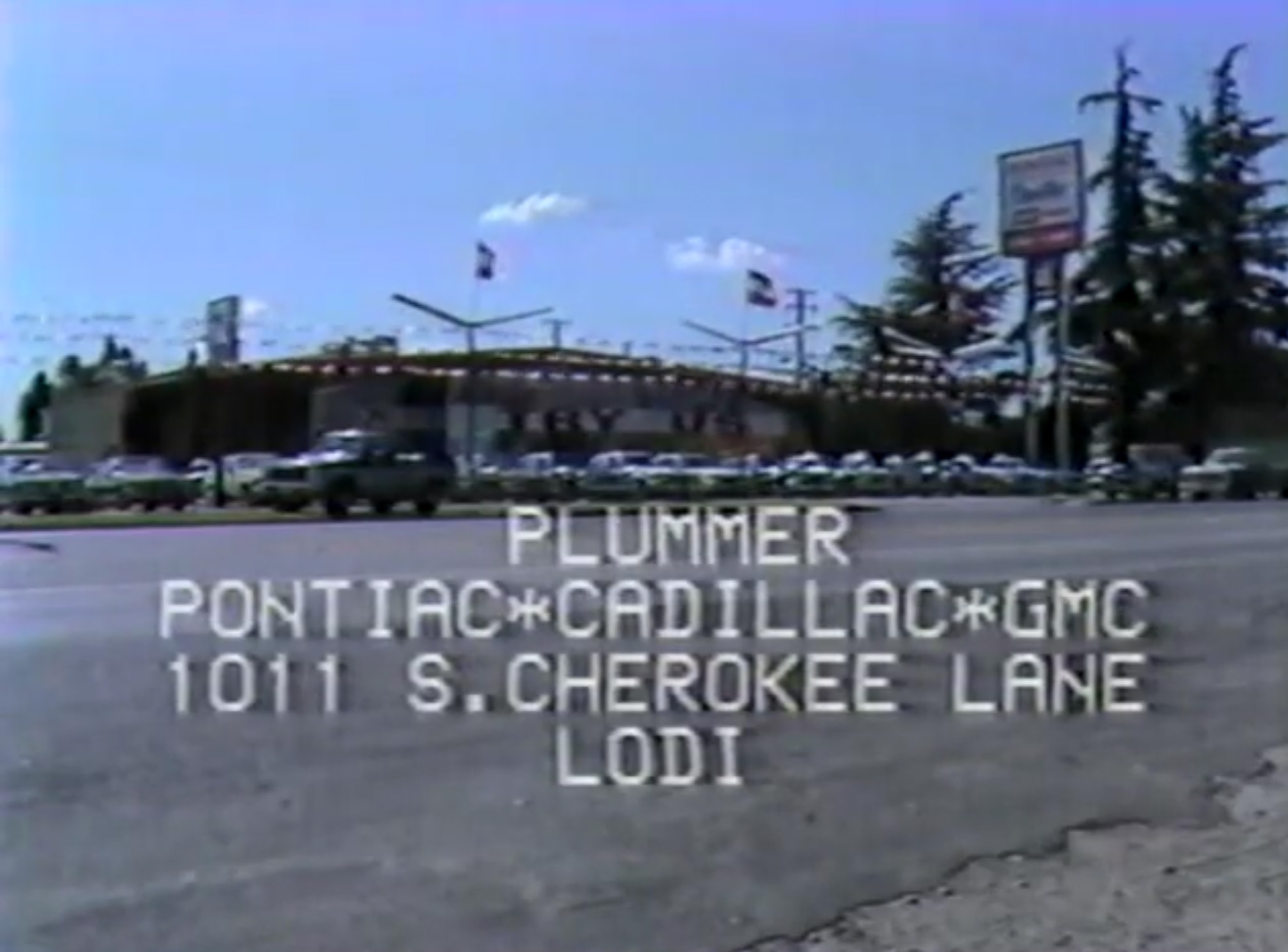 Your next home should be at Tower Park Village in Lodi.

Next, Nelson interviews Martel who’s ready for the obstacle that is Kamala. 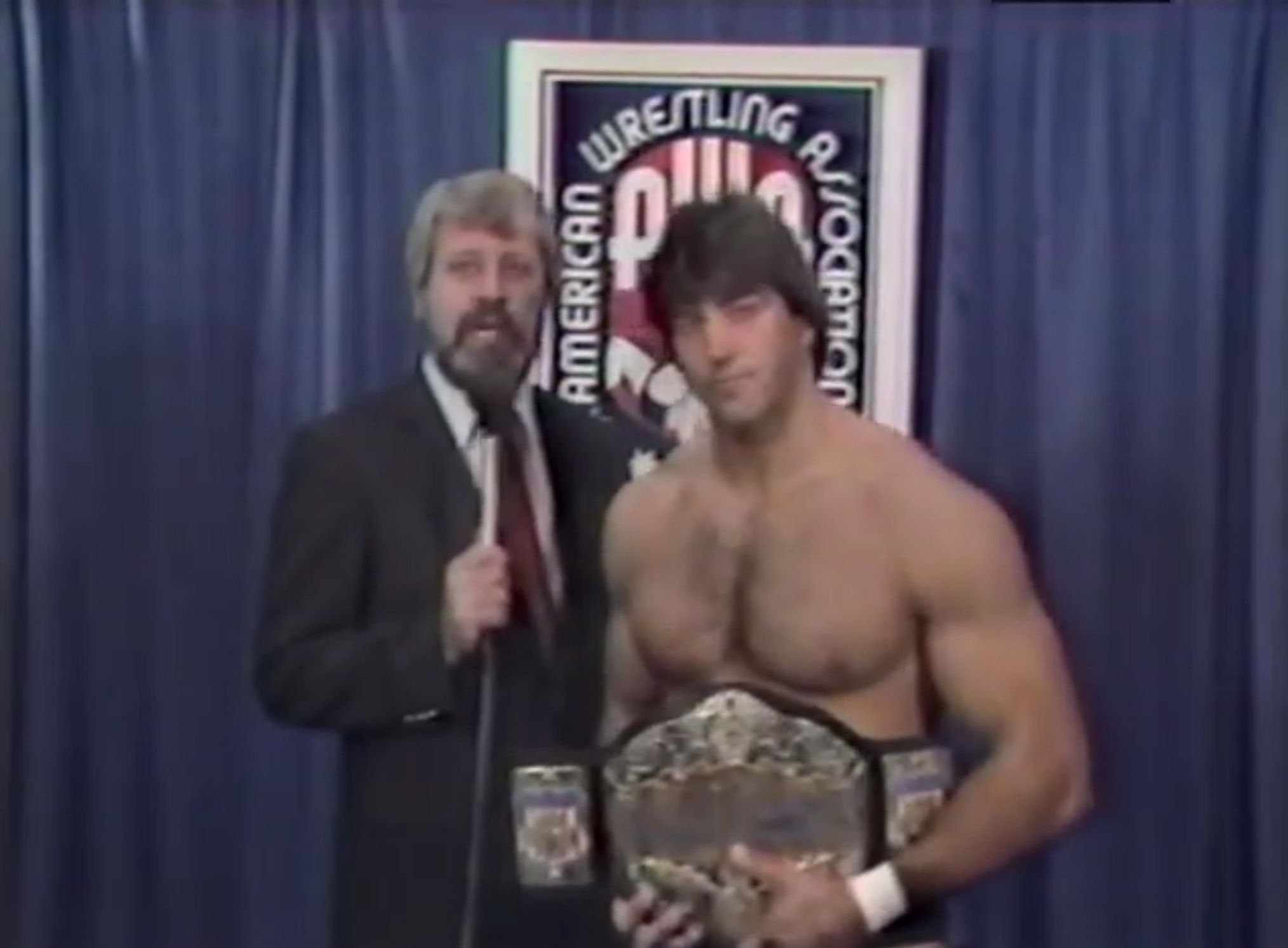 Ad #2 airs for the Beach Boys. At this point, I’m asking Rhonda to help me.

IN THIS CORNER: To begin, we get a video of Garvin squashing enhancement talent and putting them away with the brainbuster. Afterward, Zbyszko interviews “Gorgeous” Jimmy Garvin & Precious who offer Nelson some TP. HA! Precious chases off Nelson with her air freshener, and Garvin runs down both Slaughter and Martel. 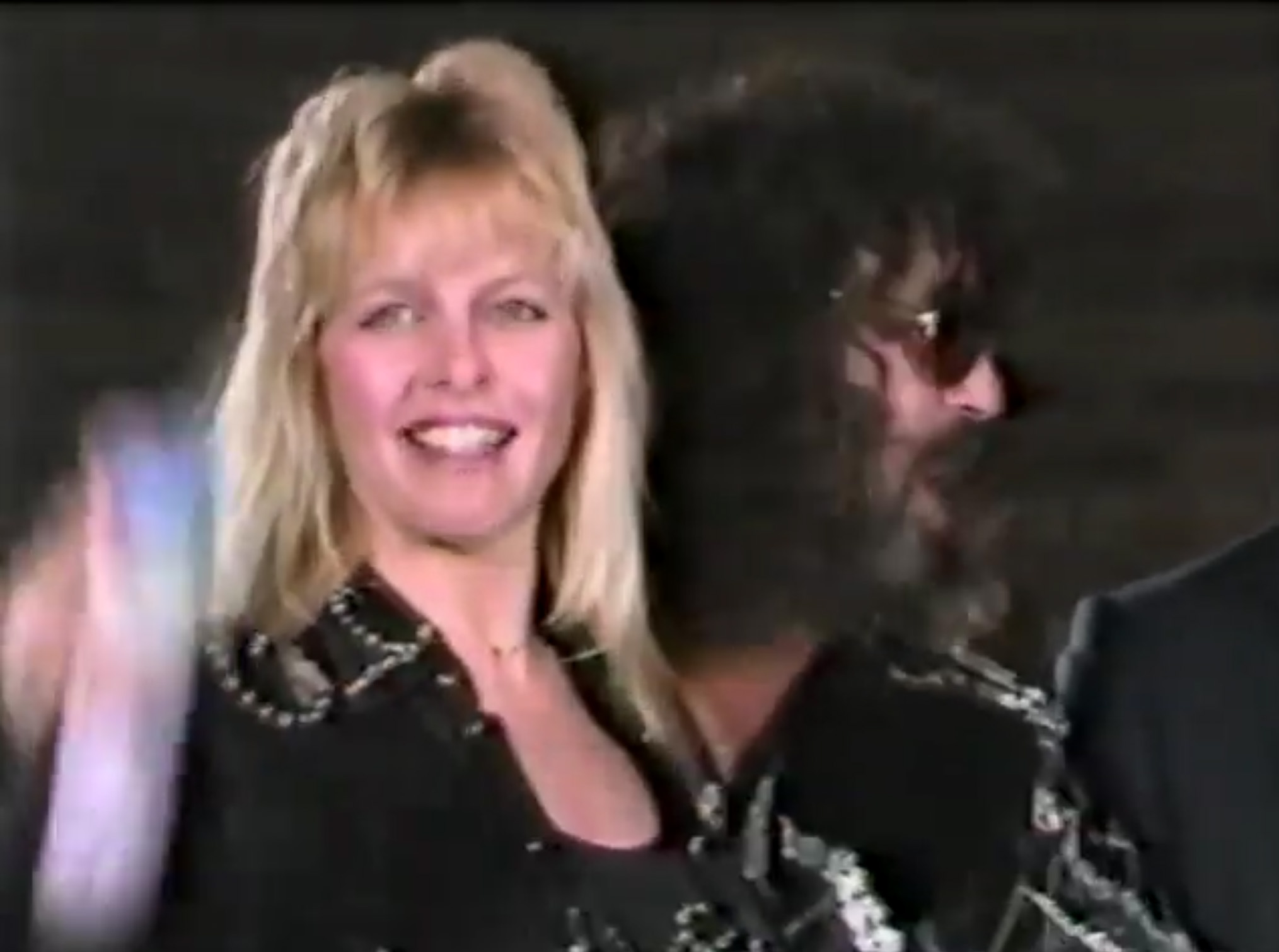 Shop at Avenue Drugs for all your pharmaceutical needs. Unless you prefer Nino hook you up.

Get a deal at Stockton Nissan!

Summary: Verne and Vachon annihilate the heels to the point where they cannot challenge the High Flyers for the tag titles. Aside from Verne’s sadistic “rebreaking” of Al-Kaissie’s arm, the other highlights were Blackwell’s powerslams and Verne’s dropkicks.

After the match, Verne and Vachon struggle but toss Blackwell over the top rope to the concrete floor. Methinks the “mountain from Stone Mountain” needs to lose weight.

Prior to the title match, Nelson interviews Verne who is suffering from an eye injury while fishing. Verne states that Martell “will have his hands full” against Kamala.

Subscribe to TIME magazine and get a free 35mm camera for only $29.96. 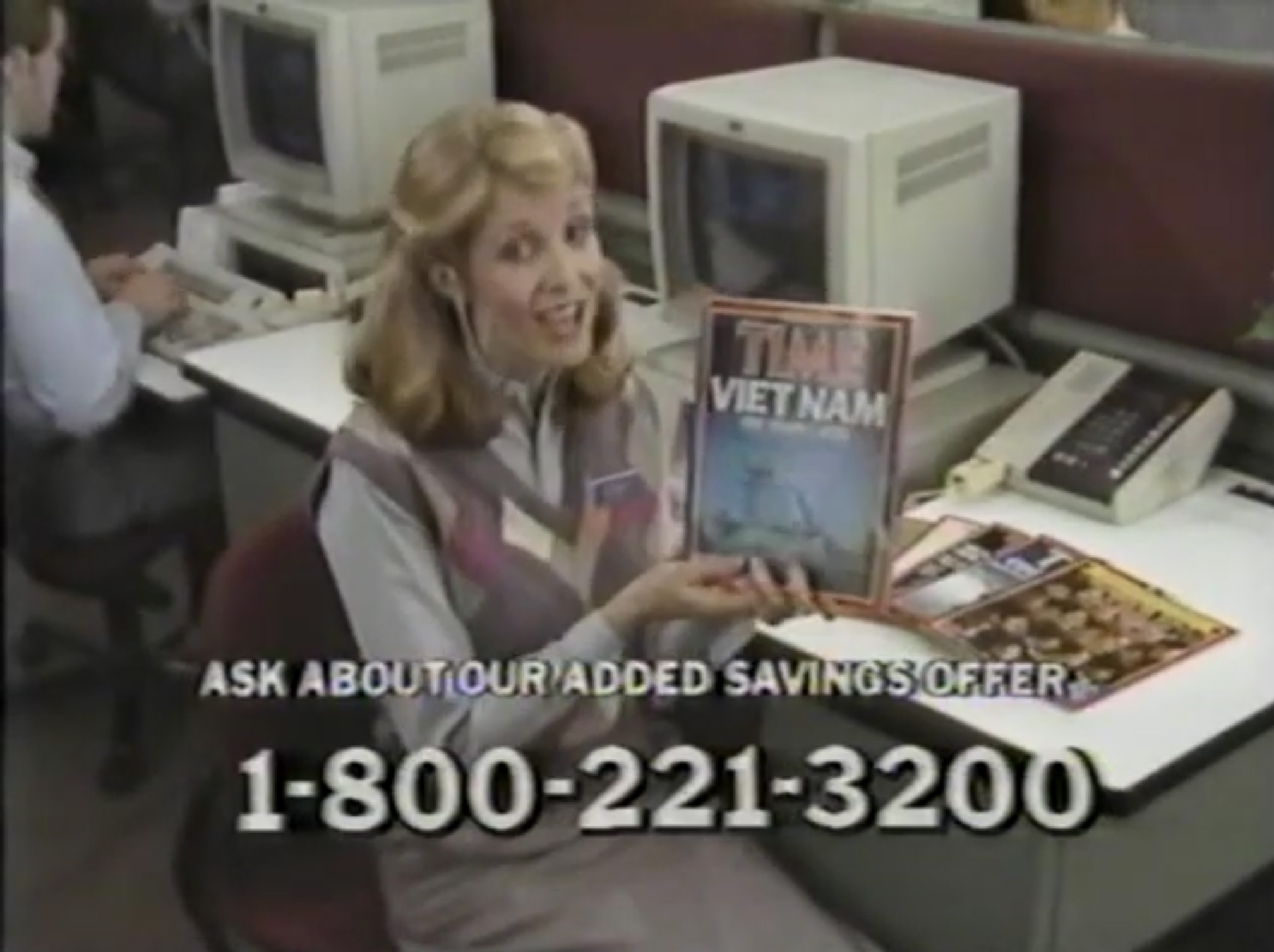 Summary: Two things: First, Kamala getting a main event payday is great for his career. Second, Martel taking on all opponents sometimes earns him the wrong opponent, and the match stinks. This match qualifies.

After the match, Martel returns to the ring and brawls with Kamala. The locker room empties, but Kamala fights them off. Kamala and Martel are kept separated to end the segment.

To end the show, Nelson interviews Bockwinkel who explains that General Skandor Akbar couldn’t make the show. Therefore, if Akbar was there, Kamala wouldn’t have thrown Martel over the top rope. Continuity in wrestling! Bockwinkel continues with Martel “escaped by the skin of (his) teeth.” After all, Bockwinkel would know a thing or two about that. 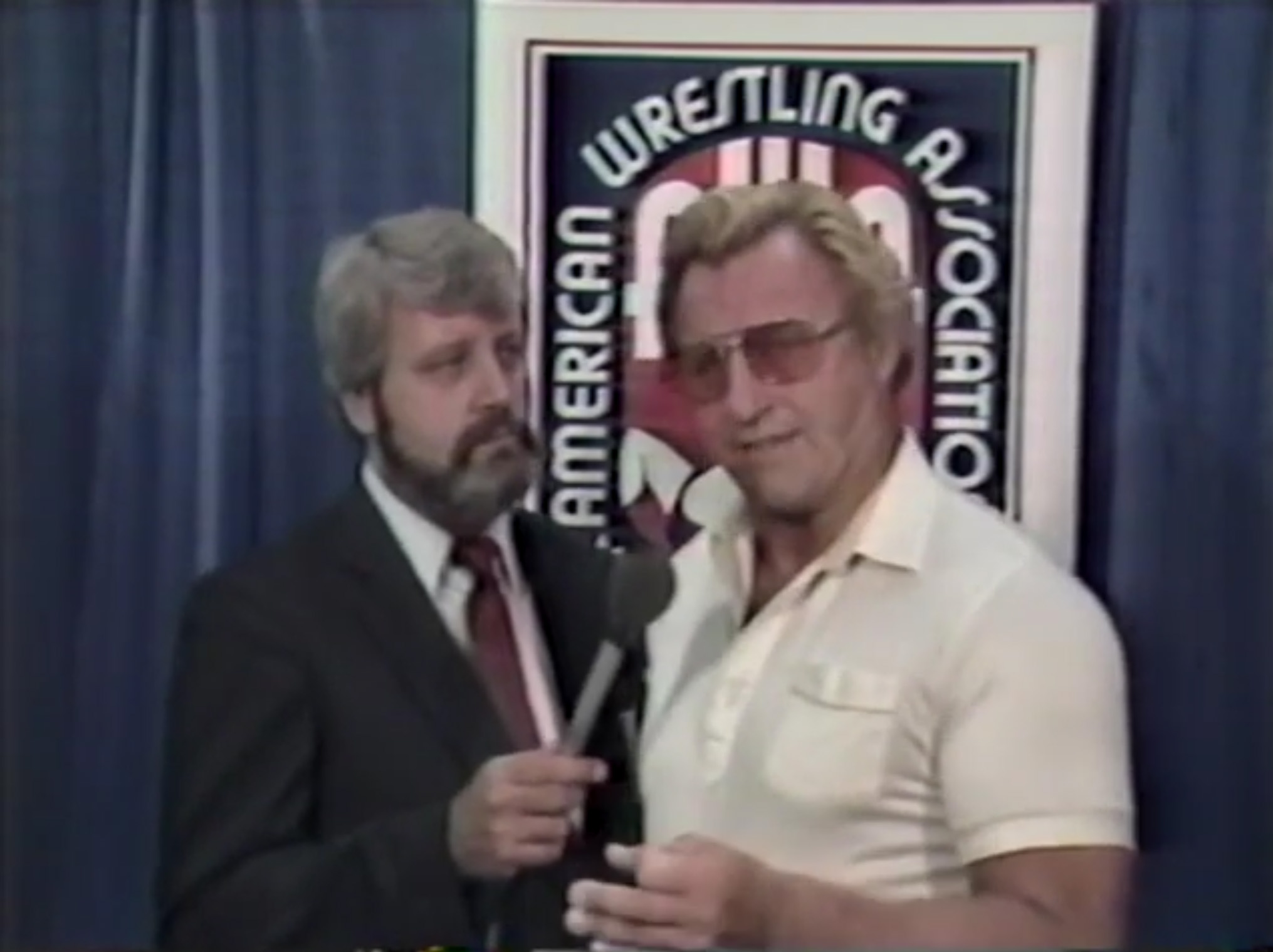 Be a patriot and drink Budweiser. I’ll take another please, Sam.

Conclusion: Of course, Kamala neither won the World title nor jobbed. It must have been in his contract.

Nevertheless, with Kamala and Kevin Kelly on the same show, I’d advise either not watching this episode or begin drinking before doing so.