Nelson informs us that the Road Warriors were “grounded in Atlanta.” Actually, they were in Asheville, NC facing the Russians. Instead, Garvin and Regal will square off against Curt and Greg. Lest we forget, wrestling cards are subject to change.

AWA is sponsored by Budweiser. With no Road Warriors on the show, we need to cry in our beer. 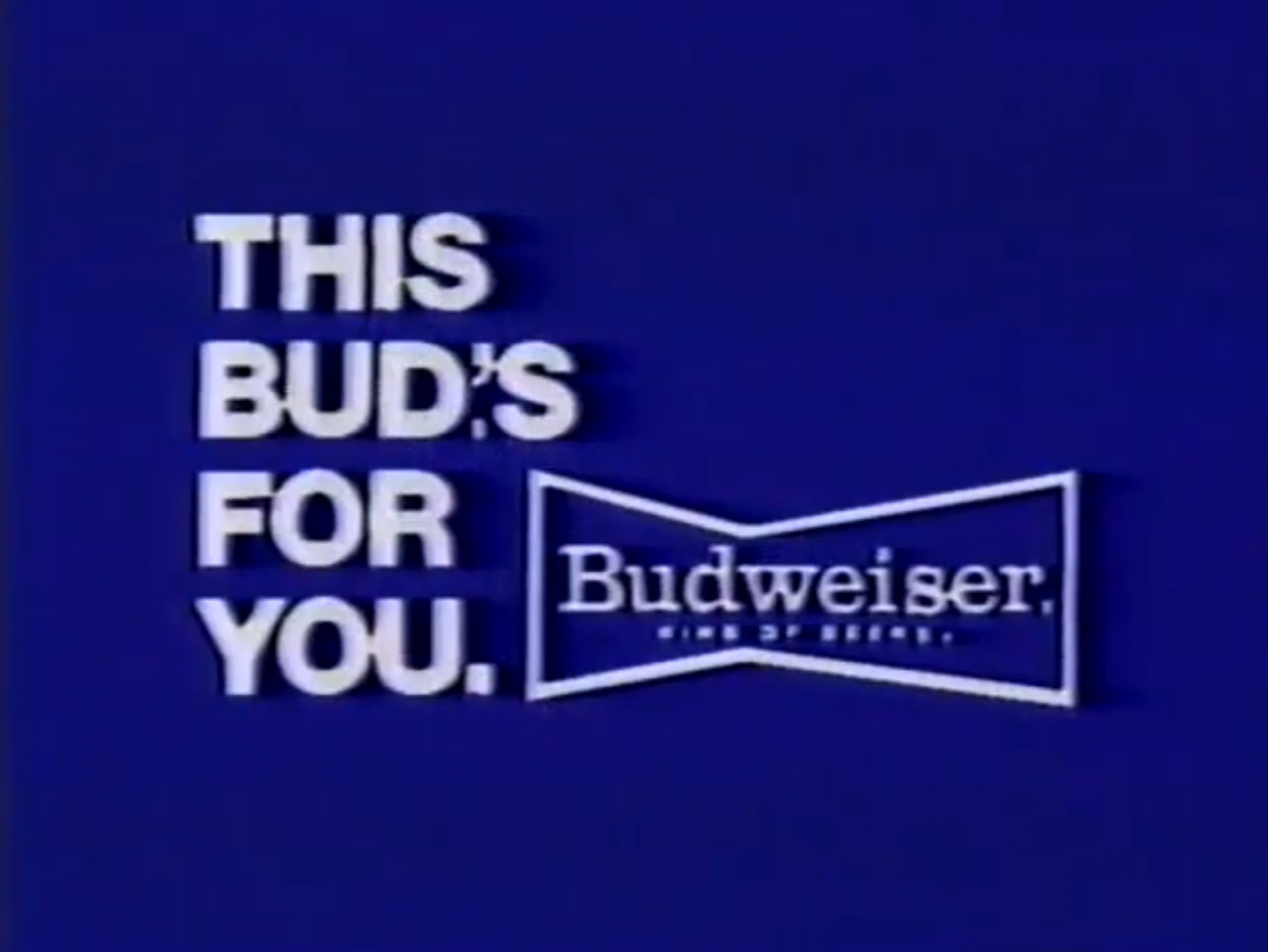 Summary: Certainly not a technical clinic, but Larry thrilled the St. Paul faithful by rag-tagging the Long Riders.

After the match, the Long Riders double-team Larry until he grabs a ringside steel chair to chase them off.

Head to Comiskey Park for Super Clash ’85 on Saturday! 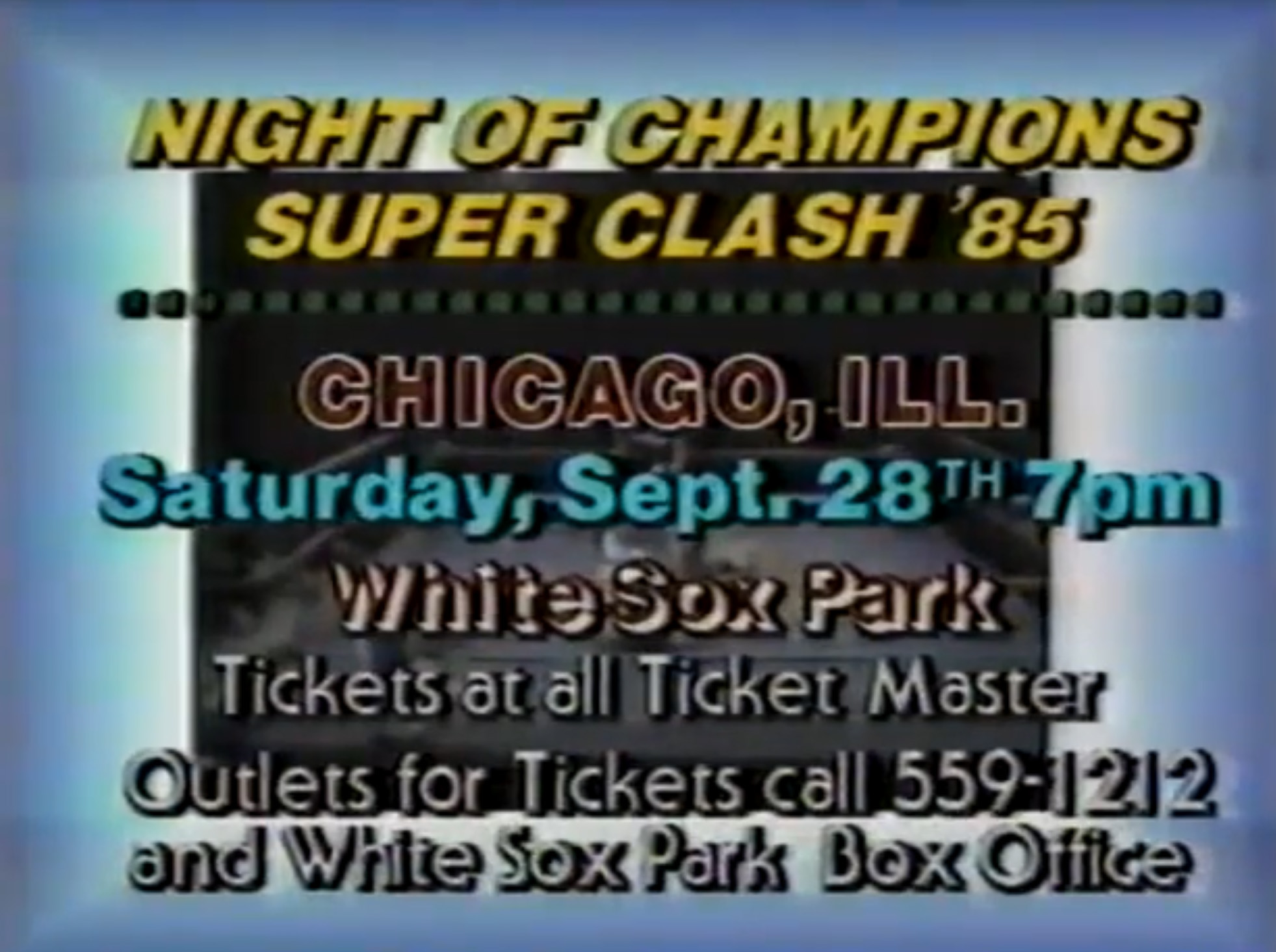 Nelson apologizes for not showing us Stan “the Lariat” Hansen’s AWA debut match against Larry Clarke because it was “too gruesome.” Instead, he interviews Hansen who cuts a promo on Martel, promises to bring his cow bell, and almost destroys the set. Great promo! 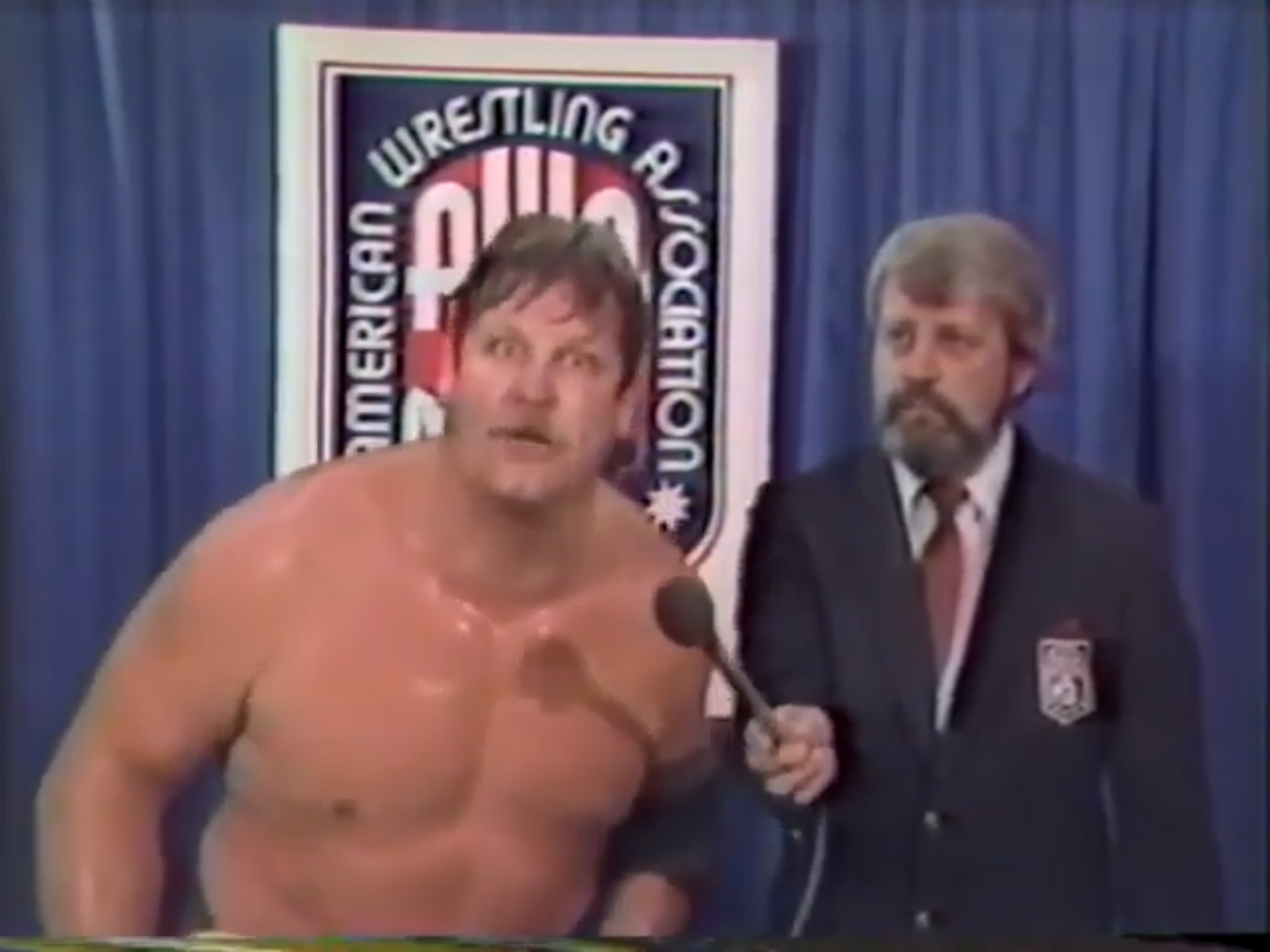 See the AWA on tour!

Summary: More of a battle than a wrestling match as this feud is far from over.

After the match, Markoff pulls Zhukov to safety, and Mitchell restrains Slaughter with everything he can muster to keep him from going after them.

Backstage, Ken Resnick interviews Jerry Blackwell who splashes a 2 x 12 board and breaks it in half! He then headbutts a steel pin into a board like a ball peen hammer. He then splits another board in two with a straight head butt while scaring the shimmies out of Resnick. While Blackwell may be tough, his elevator didn’t quite reach the top.

We revisit the Camp Slaughter vignette where Slaughter quarterdecks Greg like a recruit.

IN THIS CORNER: Nelson and Zbyszko interview Greg who refutes Zbyszko’s “inferiority complex” theory. Unfortunately for all of us, Zbyszko didn’t shut up. 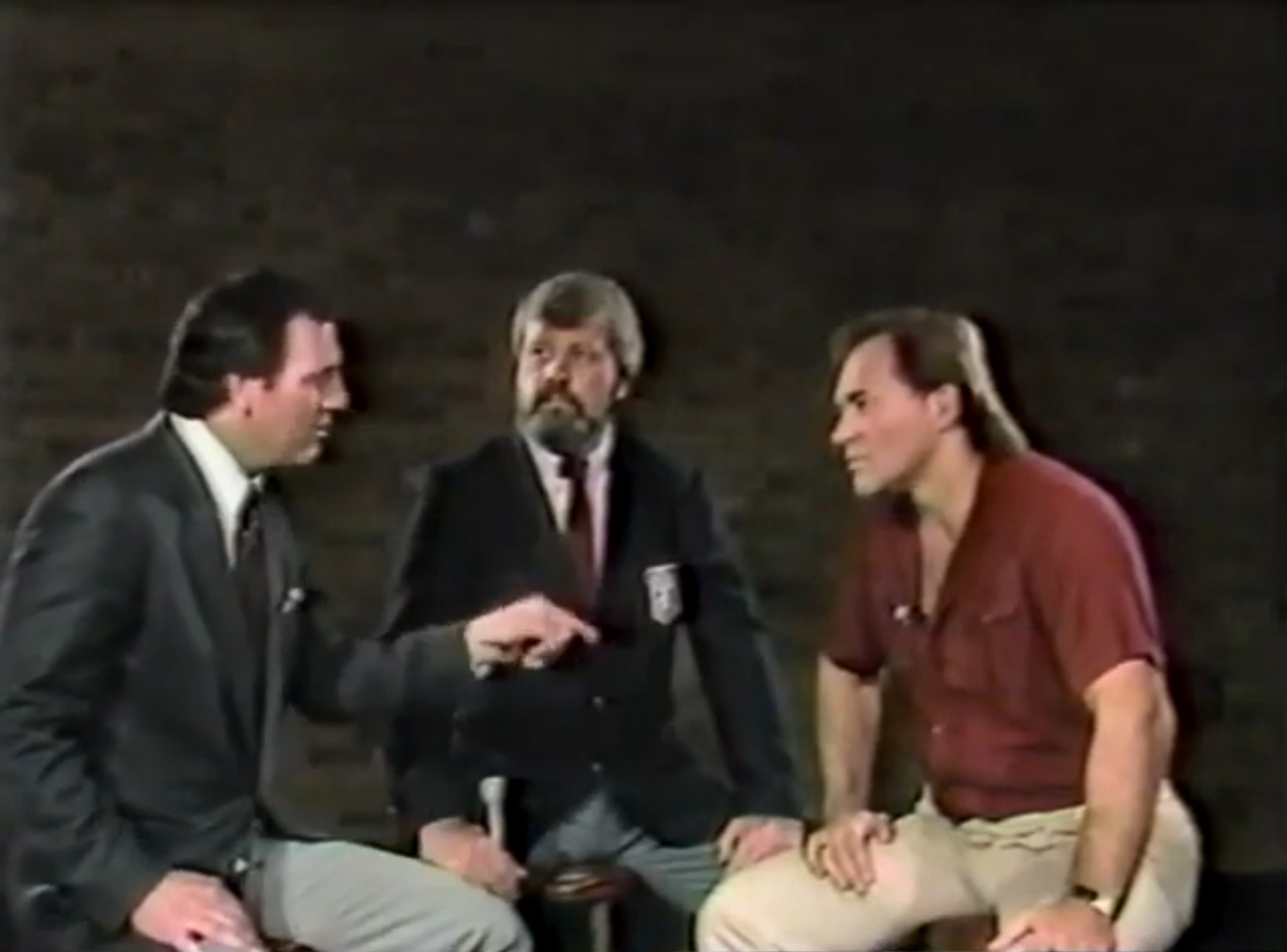 Summary: The extended side head locks by Martel act a cure for insomnia. Try it. I bet it’ll help you fall asleep. Regardless, another trick by Bockwinkel allows him to retain the World title.

After the match, Martel deals Bockwinkel and Heenan a double noggin knocker to quell the “bull-shit” chants. He gives Heenan a cross corner whip, and Heenan hits his shoulder on the ring post. Next, Martel dropkicks Bockwinkel despite Mitchell’s insistence. Another cross corner whip from Martel to Heenan results in Heenan flying over the top rope to the concrete floor. As Martel slams Bockwinkel, the St. Paul faithful revel in his post-match rally. Truthfully, the post-match stuff was eons better than the match itself.

Nelson interviews Garvin and Regal with Precious. As you’d expect, they refuse to reveal their “surprise.” After all, it’s “not their fault.” 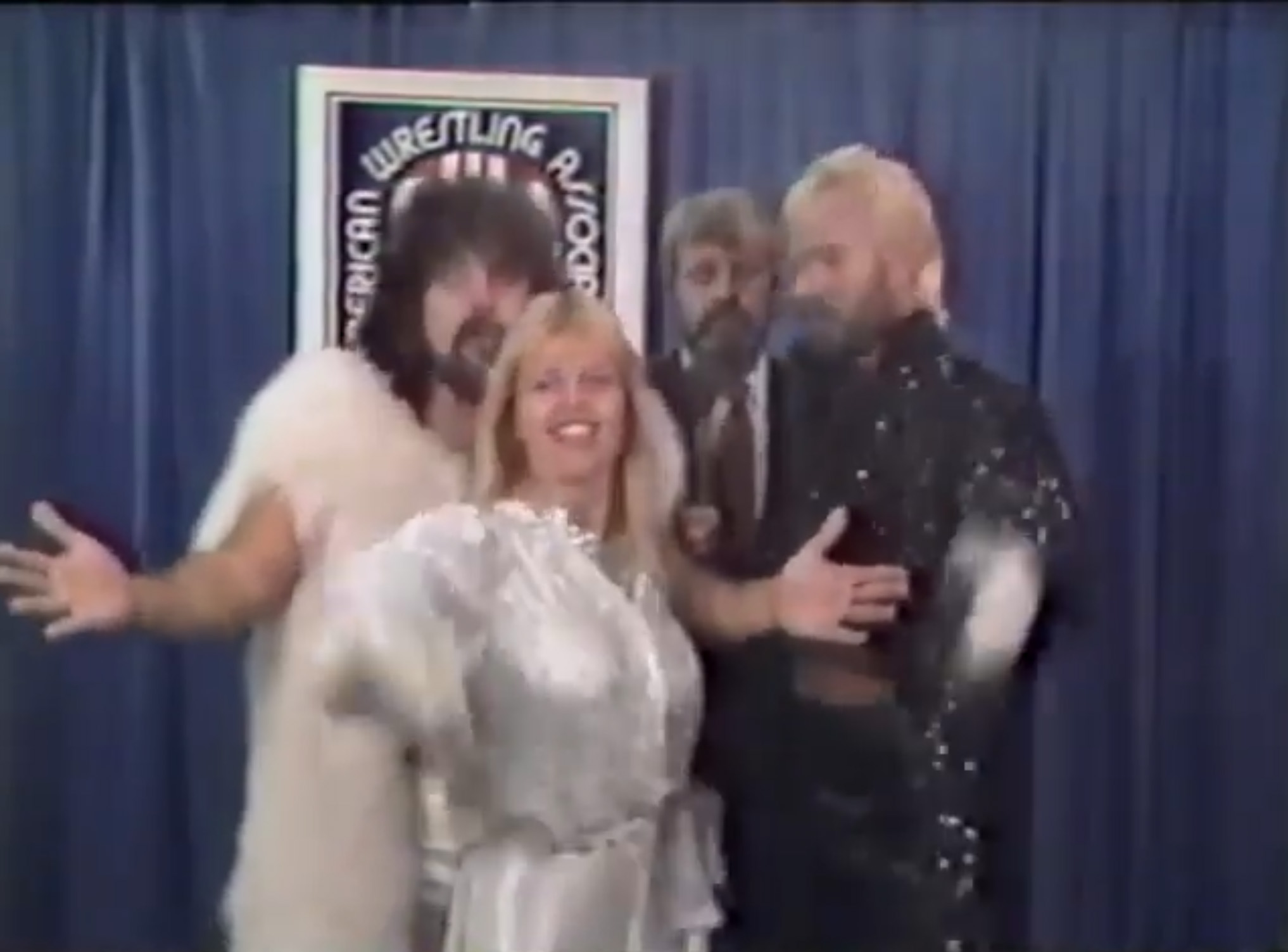 Summary: This was NOT what the St. Paul faithful paid to see, as the Road Warriors would have mopped the floor with these guys. Instead, Curt and Greg put them over as the heels used chicanery to defeat them.

After the match, Wally Carbo and Verne enter the ring. As Carbo argues with Mitchell, Verne checks on his blinded son. Based upon his discussion with Carbo, Mitchell reverses the decision. As you can see, Dusty Rhodes wasn’t the only one chasing the fans away with that finish.

Conclusion: When you double-book, sometimes you get bit. Apart from a mat classic, the World tag team champions haven’t graced the screen for at most an interview in the last four weeks. Instead, Verne cheats his hometown base and inserts Curt and Greg at the last possible moment.

With the Slaughter-Zhukov and Zbyszko-Greg confrontations, the table is set nicely for the upcoming supershow. If you’re in the mood for an appetizer, watch this episode.

With that in mind, please allow me to run down the card for Super Clash ’85: