We’re down to Kaval, Michael McGillicutty & Alex Riley. Maggle and his knacker haircut suck up to the crowd about how great it is to be in the same ring as his Dad and the crowd are happy to be sucked up to.

Riley mouths off at everyone, hinting that because Miz has the Money In The Bank and he will have his guaranteed title shot that every champ should be scared. Oh man, Riley challenging a champion just to wear him down for Miz’s cash-in would have been a wonderful display of shithousery. And about a dozen times better than what we did end up with.

Kaval calls out Cody Rhodes for attacking him last week, saying he shouldn’t be saying anything after getting to WWE only because of his dad. Big “ooooo” from the crowd for that. “What else do you believe in, other than booster seats?” Cody compares Kaval to the gum he scrapes off his boots and declines a challenge from him. MVP has enough of Cody’s talking and challenges him to a match instead and that’s your main event tonight. 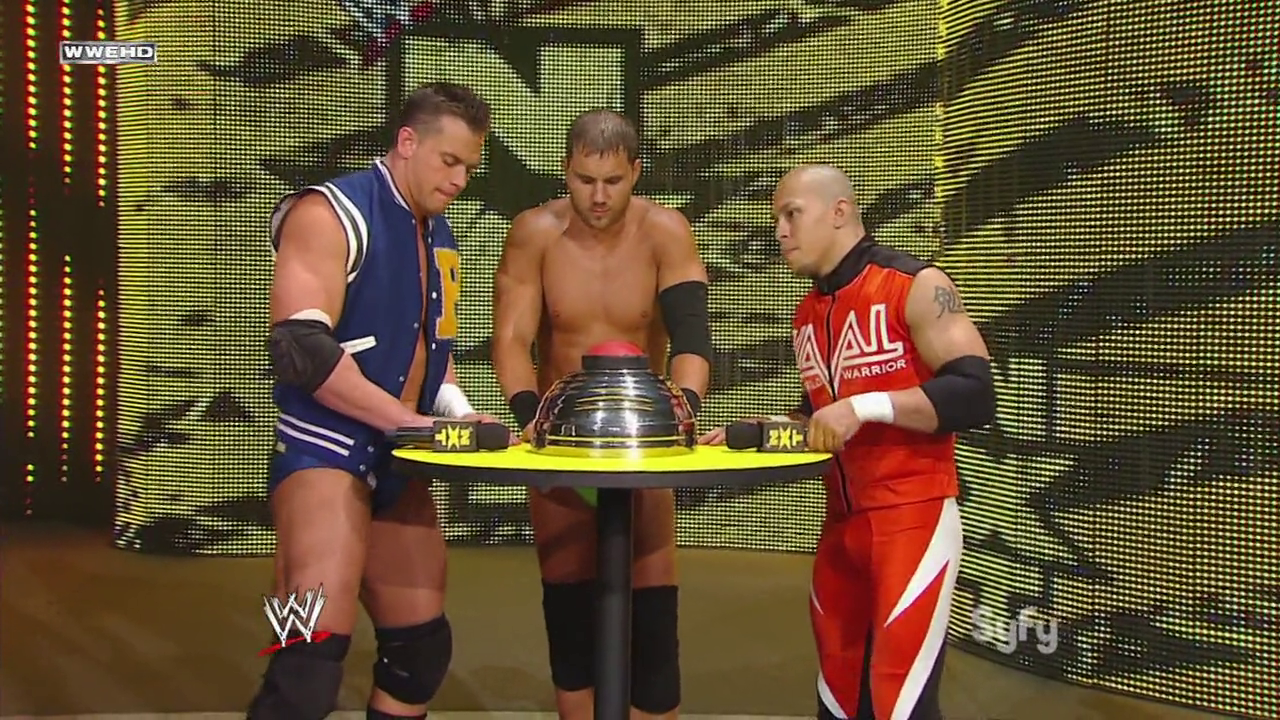 As they switch between rounds, Cole yells “WOW THAT FIRST ROUND FLEW BY” as he continues to bury Striker whenever possible. Kaval sings Demolition’s theme. No-one remembers what The Dynamic Dudes road to the ring. Kaval wins and his reward is getting his face on WWE dot com. “Yeah that’s what we need, more Kaval on the internet!” Cole saved this.

Raw Rebound: The Anon Raw GM declares that WWE Champ Sheamus gets to watch the matches tonight and gets to decide on who gets the next title shot. After watching all of Raw, Sheamus decides the only one worthy of a title defence is none other than…Zack Ryder. He squashes him then announces that’s him done for thirty days so he’ll just take the night off for Night Of Champions. Then the Anon Raw GM says “no” and it’ll be a six-man challenge with Orton, Edge, Barrett, Cena & Jericho involved. Just plot-less, emotionless shit typical of 2010 Raw. 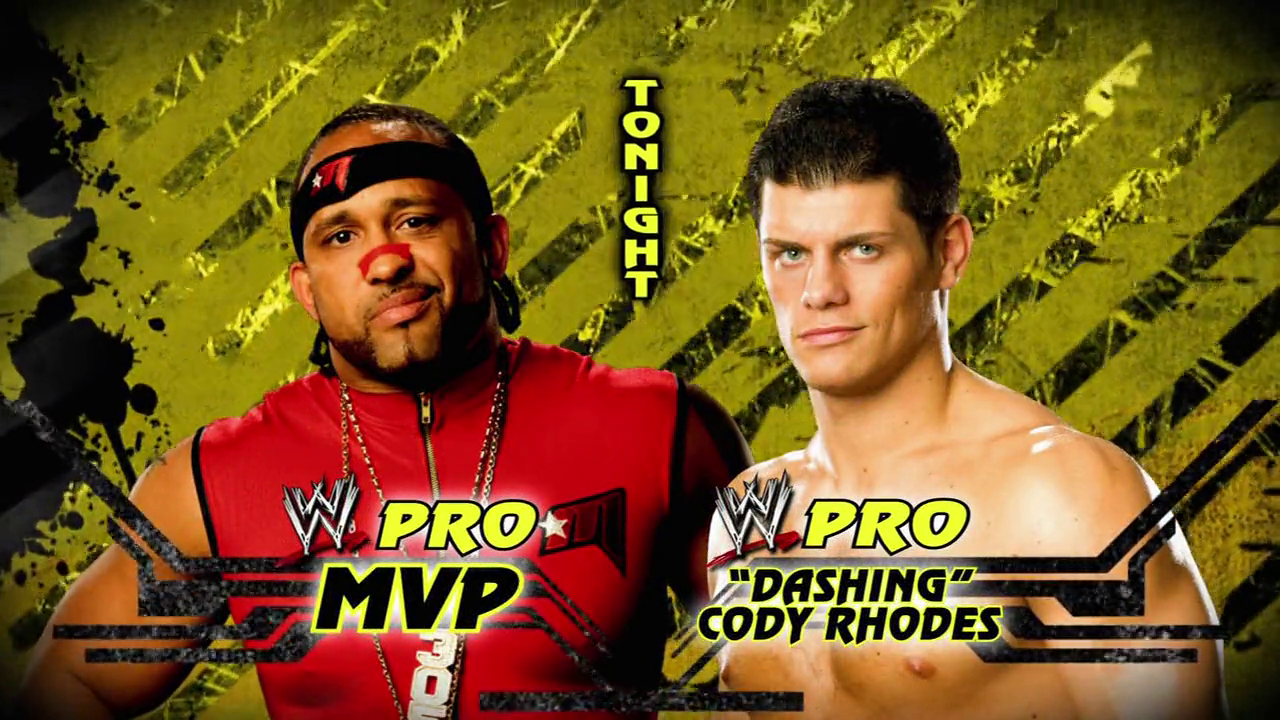 Can you really call it a main event when there’s been no other events? “Tonight’s Only Event, right now!” Cody gets taken down and begs off and crowd is thankfully LOUD as this PG period was custom-made for gimmicks like Dashing Cody. All he needs to do is yell at the ref and the kids at ringside go nuts. Cody works over MVP with basic moves as Cole complains about dirt-sheets getting things wrong, like saying Kaval is good. Mathews & Cole yell and yell about Daniel Bryan for most of this “slow and methodical” match. Cody lands the Beautiful Disaster kick but it’s pre-name so it only gets two. We go through two breaks as we stretch this sucker out worse than Del Rio/Sheamus. Cole starts ragging on Mathews’ method of saying “thank you very much” after he interviews people. Cody superplexes MVP and sets up a Jushin Liger-esque Mexican Surfboard into a neck crank which is something. MVP finally comes back and has to unzip his gear to get some oxygen. Crowd loves the BALLIN Elbow but the Play of The Day gets converted into the Alabama Slam…for two because Cody is too blown up to even pin. Cody then bounces MVP off the ropes to set up the Cross Rhodes to finally end this 23:58 time killer.

Winner: Cody Rhodes (A nice example of two guys house-showing it to help out a show that had literally nothing else to fill it up with. Not worth watching or anything but the kids at ringside were going BANANA while Cody did stuff like stomps.)

Other News: Skip Sheffield broke his ankle in Honolulu while wrestling The Hart Dynasty. So the match he had on Raw this week would be his last televised match until they repackaged him as Ryback in January 2012. Injuries are obviously bad news but this enabled him to skip out on the crapping out of The Nexus so well done Big Guy, here’s for silver linings.

Overall: Everyone treated this like an hour-long mic-check for Smackdown so I couldn’t be more motivated for next week’s Season Finale.