Cole opens the show with “There’s a feeling of impending disaster tonight” to really get the cat excited.

We’re in Louisville, KY and Season One winners The Nexus show up with matching shirts and an official WWE theme so there’s been a change since last time they were mentioned. Barrett explains they’re in such a good mood after beating Cena on Monday that they figured they’d appear on the show that broke them in. The boos from the crowd are easily the loudest thing heard on NXT this season. Barrett says they’re just there to enjoy the show so those pesky Pros better mind their own business tonight, OK?

Miz beat Mark Henry last night after Henry charged into the Anonymous Raw GM podium, after which Miz spilled rubbish all over him. Smiling Babyface Mark Henry deserved it. Riley mouths off in front of him and that goes as you’d expect. Riley begs off but his sneak attack does nothing. Henry tries to make Miz tag in by dragging Riley’s hand to Miz’s corner but he refuses so Lucky tags in. Cannon then attempts a dive to the outside (while Henry yells “no Lucky nooo”) but lands face-first onto the ring steps.

If you haven’t been following NXT from ten years ago, Lucky’s gimmick is that he sucks. Money In The Bank is this Sunday and Cole confidentially predicts Miz’s victory. And for once, a heel cockily predicting another heel’s win would be…correct. Miz & Riley work over Lucky while avoiding Henry’s angry glances as Mathews explains Lay Cool aren’t here to manage their Rookie Kaval as they had a spa date. Lucky eventually makes the tag to Henry with even more positive crowd reactions. God they’re feeling it tonight. Henry press slams Miz with ease but he gets dunked so hard he rolls out of the ring, with Riley tagging himself in as Miz leaves and attempting offence on Henry. It ends seconds later with the World’s Strongest Slam.

Winners: Mark Henry & Lucky Cannon (Basic match but loud crowd responses are so rare on this show that I enjoyed it).

Raw Rebound: John Cena took on six members of Nexus (everyone bar Darren Young who Cena killed the previous week) and after taking several finishers, was pinned clean by Justin Gabriel after a 450 Splash. Cena then immediately recovered and tried to take them all on with a steel chair, with Sheamus (his opponent at this Sunday’s Money In The Bank PPV) helping him out. Cena turning into Hogan 1996 during this Nexus feud is something that still bothers me to this day. 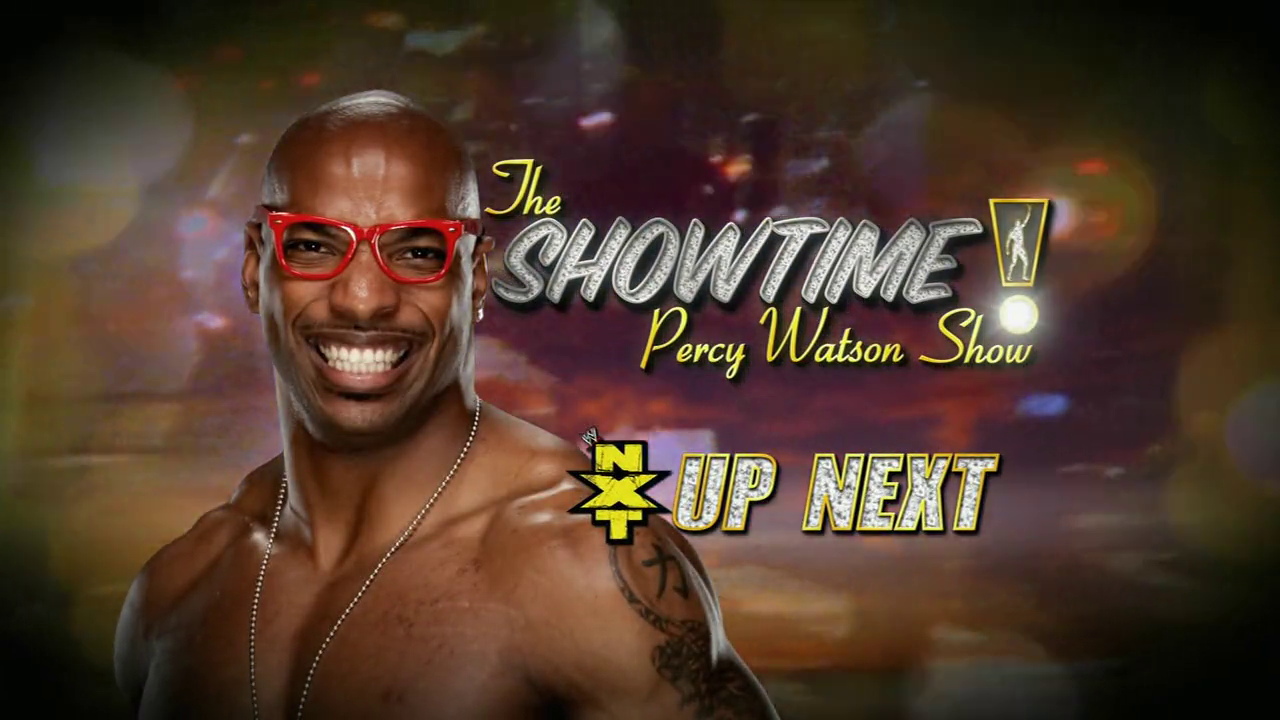 This is Percy Watson’s alleged reward for winning the promo package last week.

We’re in the ring with couches and special guest, Percy Watson’s Pro MVP. His first question is if he could borrow twenty dollars. Ahhh he’s just joking, he’s very thankful for MVP’s advice about seizing the opportunity whenever it presents itself…so he’s going to do it right now. “Sorry MVP”. This brings out the rest of the Season Two Rookies to team with Percy to take down his Pro but MVP kinda saw this coming so the Season Two Pros show up ready for a fight, with NXT GM Matt Striker turning it into a Battle Royal.

Oh wait, Barrett wants a piece of this filler pie too so they’re entering too.

And the Nexus all immediately exit under the ropes. Ha! Mark Henry is eliminated first because Michael Hayes is booking. Nexus beat up Henry on the outside and do the same to Eli Cottonwood too. Some of the lads in the ring realise this and go after Nexus but this causes them to enter the ring and beat down more rookies than Hardcore Holly’s wet dreams. Miz tries to make a deal with Nexus but after they decline, eliminates himself. So it’s down to Morrison, Cody and Kofi Kingston attempting to take on Nexus…but Cody stays out of the way. Morrison gets turned into glue then thrown over, leaving Kofi to get dunked by Wade. Cody attempts a deal too but gets tossed out and Nexus get announced as the winners.

Nexus continue to unleash their finishers on everyone until Striker asks the crowd what they think of the Nexus? Massive boos for Wade as he explains how great they are. Dumb Dumb Striker asks him if they’re proud of what they did to Cena on Raw and Wade ends the show with “You’re either Nexus or against us!” 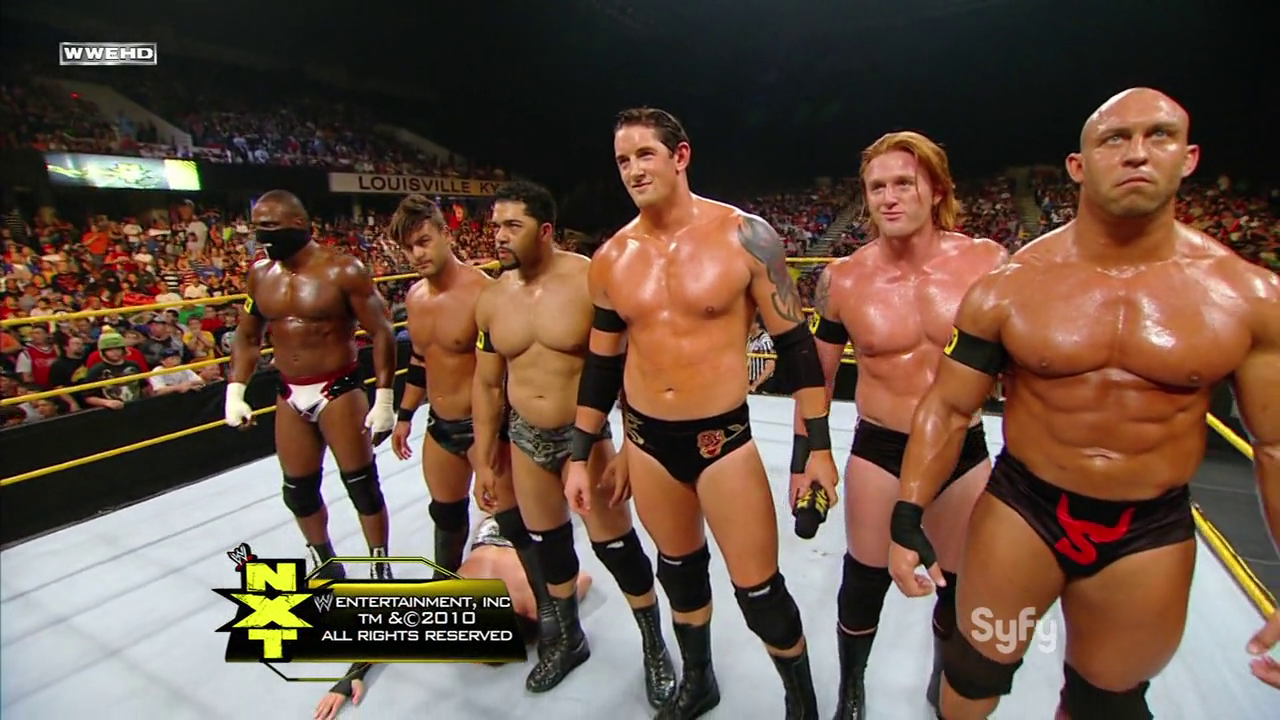 Overall: Spending the majority of the episode pushing the hell out of the white-hot Nexus meant this wasn’t a great episode for the Season Two guys but meant a way better episode than usual for the viewers. The crowd was alive for the first time in forever, Percy Watson turned on his Pro and Riley got a glimpse into his future. 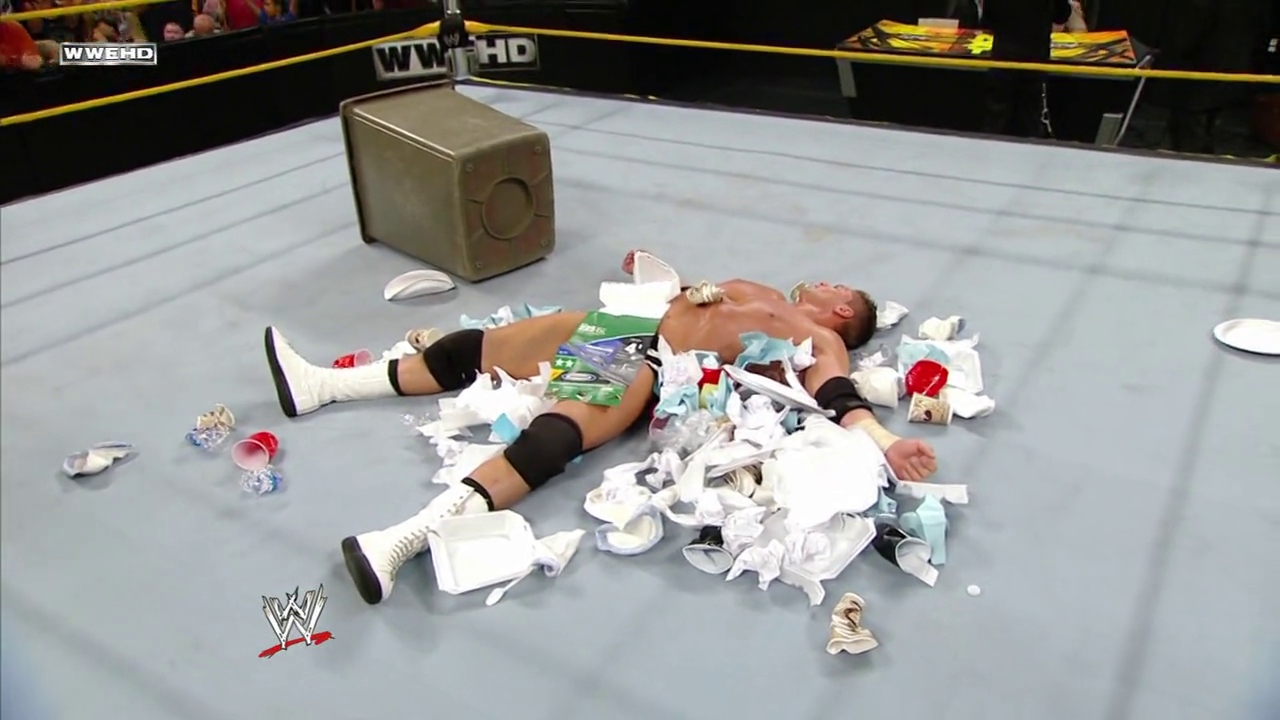 I’ve been Maffew and you’ve been reading these in the the voice in your head.